An Artistic Pile of Sticks

An Artistic Pile of Sticks 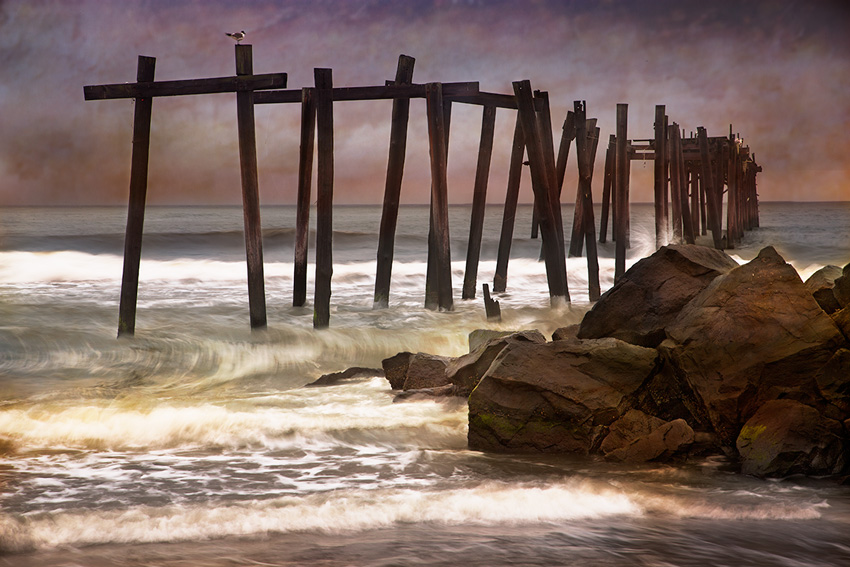 In Ocean City, NJ there is an old fishing pier I discovered several years ago. It is falling apart and looks like an abstract, somewhat Japanese, sculpture made of sticks. The first time I went to photograph the old fishing pier everything just worked. Conditions were magical which resulted in an image that is one of my favorites.

I happened to be in Ocean City again recently and once more the magic was there. A rainstorm had just ended causing some dramatic waves. This image is created from five different exposures. Four of them are different wave patterns blended together and the fifth is the seagull. That bird did not sit still except for one exposure.

There are places in the world that just inspire creativity for some people. For me there are several that provide inspiration no matter how many times I go there. I guess this little pile of sticks is one of them.