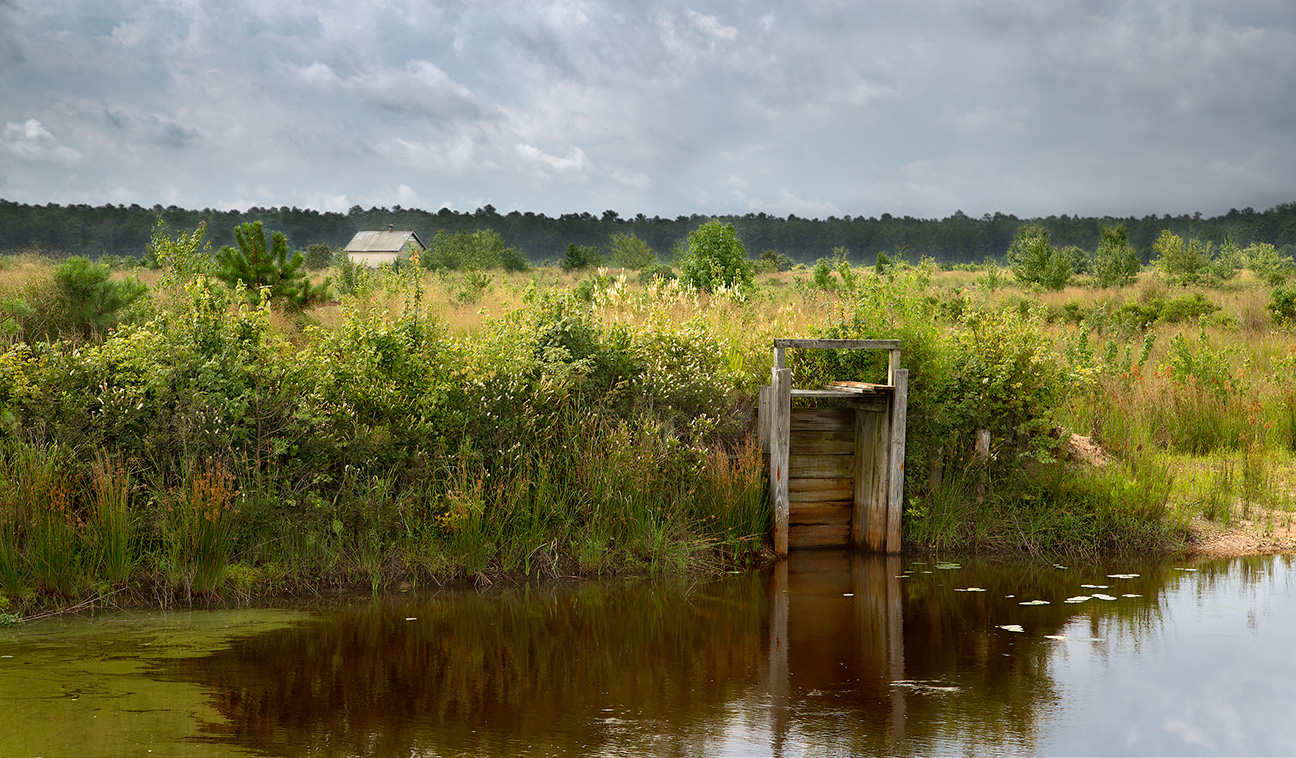 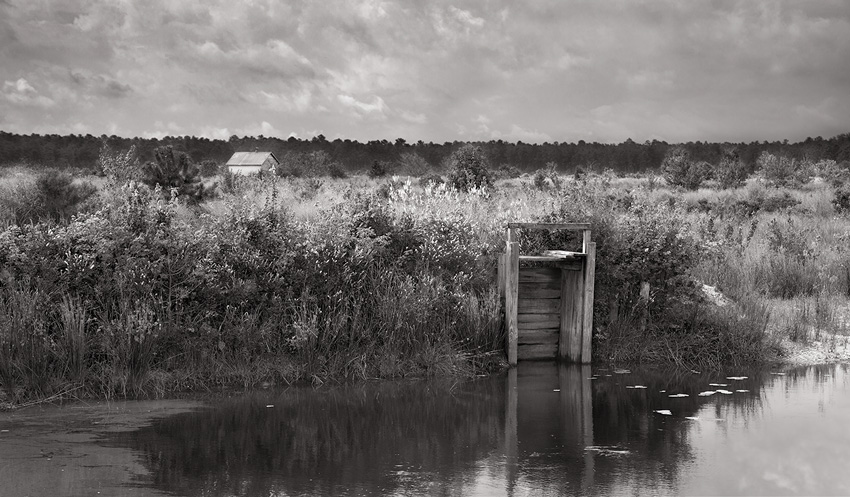 The Franklin Parker Perserve near Chatsworth, New Jersey is an interesting place. It part natural Pinelands and part old Cranberry Bogs. Hiking through the old bogs you get to see the transformation back to a natural state. Some bogs have become little lakes and attract eagles and herons, others are becoming meadows. This once ordered and orderly arrangement of rectangular depressions is becoming disordered and chaotic as only nature can do it. This photograph shows the remnants of an old farm blending into the new natural landscape.

This was the last photograph I took on a very productive photo hike through the perserve. The clouds were starting to burn off and the landscape was changing from being flatly lit or bathed in harsh sunlight. I set up the camera and waited for the  transition between the two.

The photo is presented in black and white and color. I’m not sure which one I like better so here are both. What do you think?