New York City, A Colorful Town in Black and White

New York City, A Colorful Town in Black and White 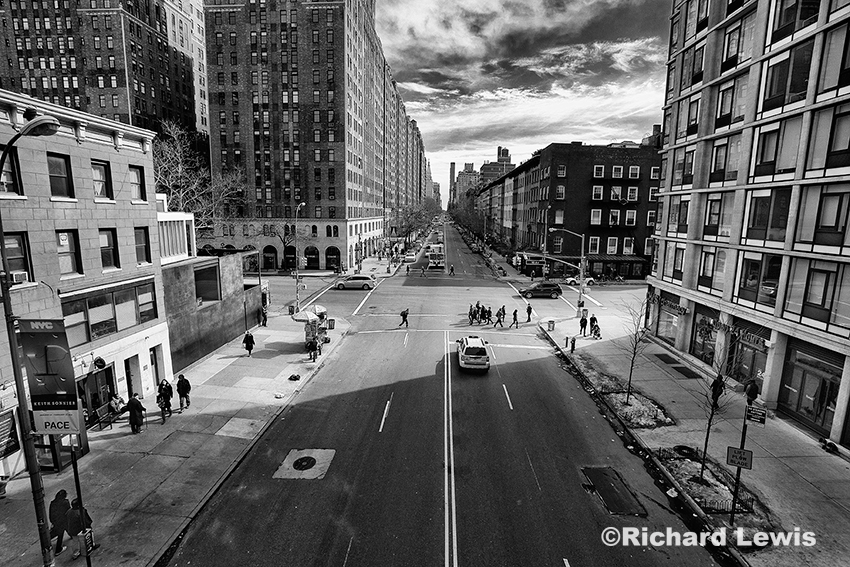 On a recent trip to New York City I spent some time walking around the famous Highline with my camera. New York is a colorful city in more ways than one, so I decided to photograph it in black and white. By the way, the Highline, if you don’t know it, is an old elevated railroad track that was converted into a public park/walkway.

For me the decision to go black and white is usually done on an image-by-image basis. Deciding to go somewhere and only shoot in black and white was quite cathartic. The inspiration to do this came from fellow photographer, John Barclay’s beautiful black and white photographs from Death Valley National Park. I recently spent some time there being inspired by the colors. See my blog posts here.

The photograph at the top of this post is a juxtaposition of traditional “vanishing point” perspective lines, enhanced by a wide angle lens, and lines of light and shadow from a low winter sun. Removing the color not only enhances this juxtaposition, but it adds a sense of nostalgia to a street in good old New York City. 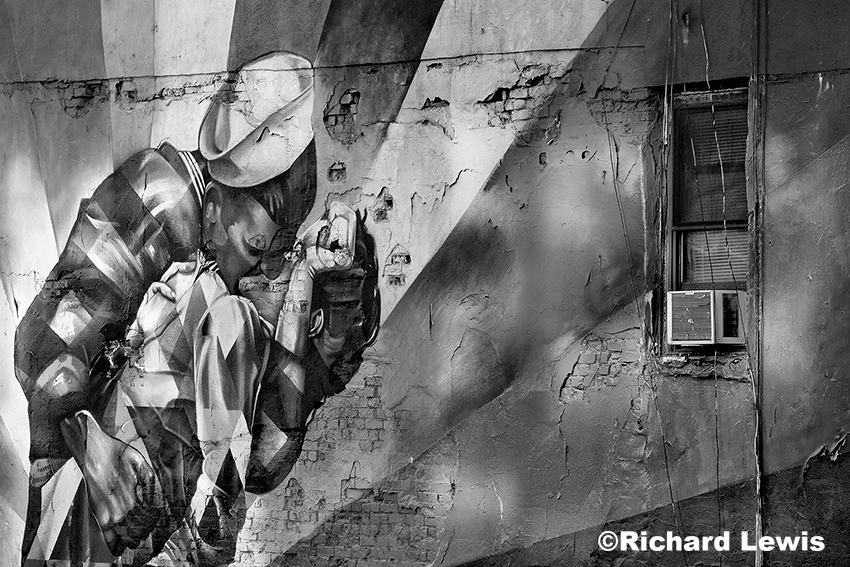 Wall Mural along the Highline by Richard Lewis 2014

Photographing this mural in black and white kind of adds a nice little tribute to the Alfred Eisenstaedt’s original photograph of these two people in 1945. 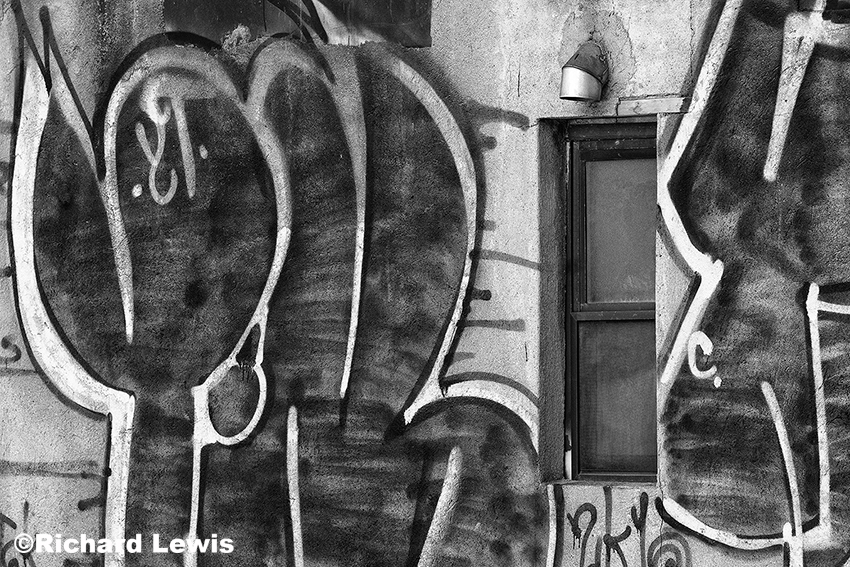 Graffiti along the Highline by Richard Lewis 2014

This mural and graffiti were hard to convert to black and white because the bright paint colors were so bold and beautiful. But, after they were converted something interesting happened. The defects, textures and architectural features of the building became an equal part of the scene instead of being a distraction or simply the surface the paint was placed on.

How I Did It – No matter whether I’m photographing in color or black and white I keep the camera settings for color. When I process a photograph I continue to treat it as a color image to get the color balance, saturation, etc. right. Once the color version looks perfect, I convert it to Black and White using Topaz or NIK software. Although black and white is all about contrast and tonal range, color plays a big role in how those things play out in the finished photograph.

Want to be more creative with your camera? Click Here

Like these photographs? They’re for sale as fine art prints. Please visit my new website to see more.