One thing I’ve learned about iPhoneography, or Smart Phone Art, is that it is more about telling a story, or conveying a mood, than it is about the image itself. At least it is for me. Here are some recent iPhone images. They are composites. All the pieces were taken with an iPhone and processed on an iPad using various apps.

I generally don’t know where an iPhone photograph is going when I start working on processing it. The story sort of comes to me along the way. In this case, I began to think about how parents in my generation tend to coddle their children and attempt to build a perfectly safe, impossible to fail world where nothing ever goes wrong. As a result, many young adults have to suffer a rude awakening when they realize that the real world is not the same one they grew up in. Hence the title, “Wonderland Lost.”

I Often Dream Of Flying

The young lady in this photograph is a close friend’s granddaughter. She is a magical child full of life and wonder. She is also saddled with the reality that her mother suffers from a serious, debilitating illness. Although she and her family receive so much love and support, I wonder if, as she grows up and becomes aware of the situation life has given her, she will dream of a very different world. 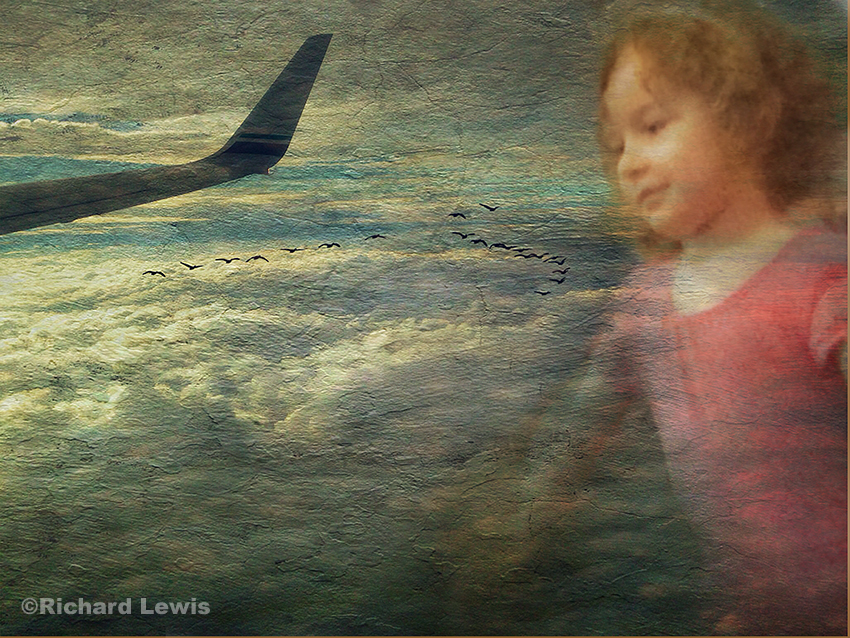 Our Trip To Alaska Was Full Of Ghosts And Dancing Children

Regular followers of my blog have seen my landscape photos of Alaska’s Inside Passage. Within Alaska’s stunning landscape is a rich and tragic history of the loss of the native Indian culture. In modern Alaska there are many young people attempting to build a future in this rich and diverse landscape. Their youthful energy provides an interesting juxtaposition with the ghosts of the past. This image is different from my Alaskan landscapes, but tells a story that those photographs cannot. 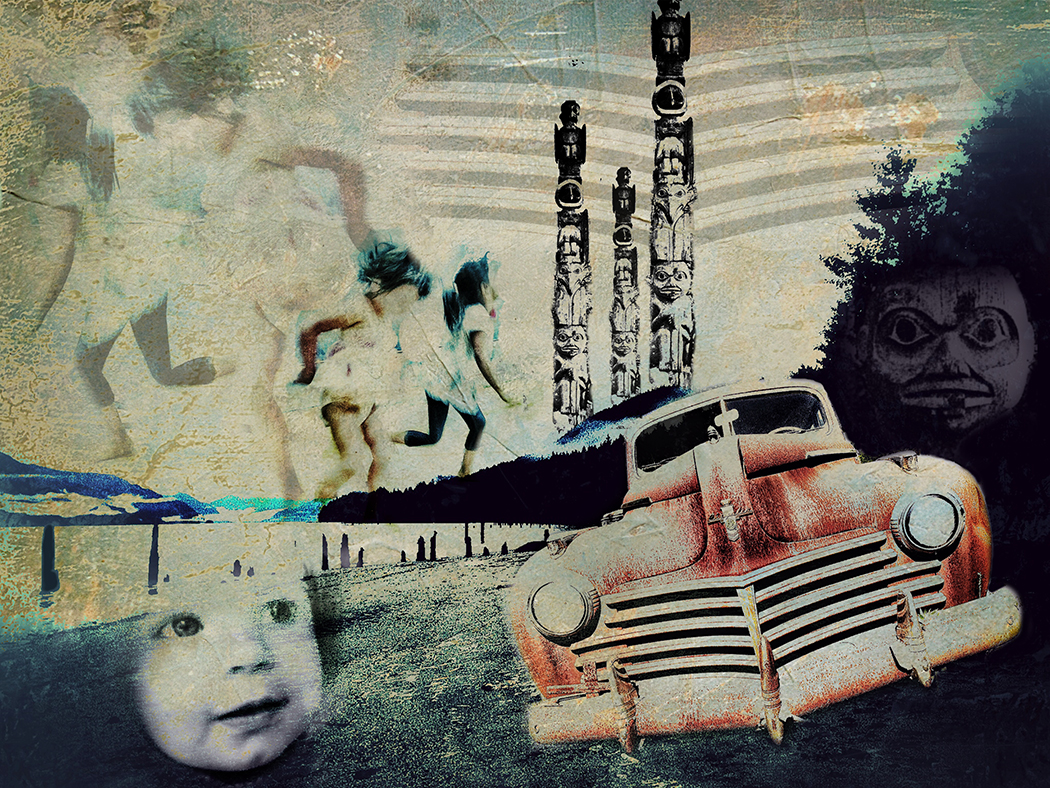 Our Trip To Alaska Was Full Of Ghosts And Dancing Children by Richard Lewis 2014 – Apps Used: Snapseed, Leonardo

The more I use the iPhone’s camera, the more I understand how it is a vehicle to look at photography in a completely different way. It almost forces a different attitude and vision. For me, iPhoneography is a process where I collect images, sometimes randomly, and use them to solve a puzzle that doesn’t become obvious like until I start to put it together.

How I Did It – To be honest, I’m not sure. This form of art is still a struggle for me and about 80% of what I start to do ends up not going anywhere. I do have a work flow and a process that I’m refining which will be the subject of a future post.