With iPhoneography, the process helps drives the vision

Fonthill Castle in Doylestown, Pennsylvania is much more than just the early 20th century historic home of an eccentric millionaire. It is a challenging and amazing place to photograph and a boot camp for composition. My previous blog post about photographing here featured images made with my regular camera. The images in this post were created with an iPhone.

Because I went through Fonthill with two very cameras, I had to have two very different visions. What I did with one camera did not even come close to what I did with the other. These images illustrate two very different examples of how to create with iPhonography. I made a lot of images with the iPhone at Fonthill, and in the future they will show up as parts of other images, somewhere in the process of creating other images.

The Study of Genealogy

The only part of this image that was created at Fonthill is the skull. It is one of the many unusual objects that occupy that place. That skull belonged to someone’s ancestor and it inspired a thought about how popular genealogy is now. That process of looking in the past is more than finding names for a family tree. It is an attempt see and understand the past from the current moment in time. 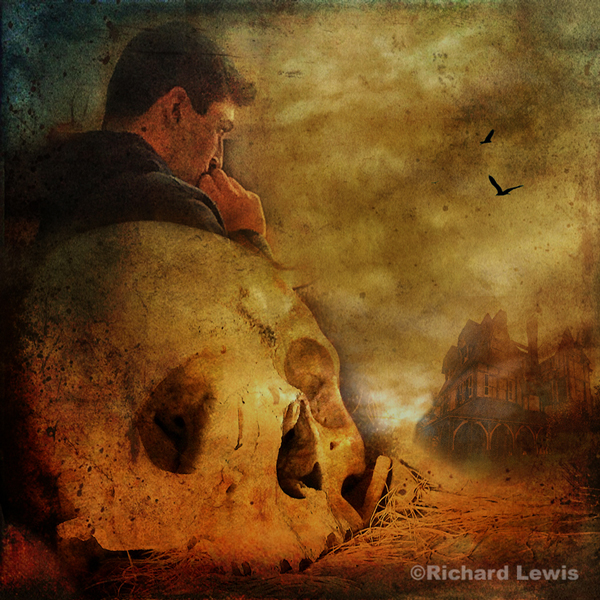 The Study of Genealogy by Richard Lewis 2014

This is an image that may have been impossible to set up with a regular camera. Outside of the post processing effects, it is pretty much straight out of the camera, or phone if you’d like. While I spent all morning making similar photographs with my regular camera, this one has a completely different and darker mood. 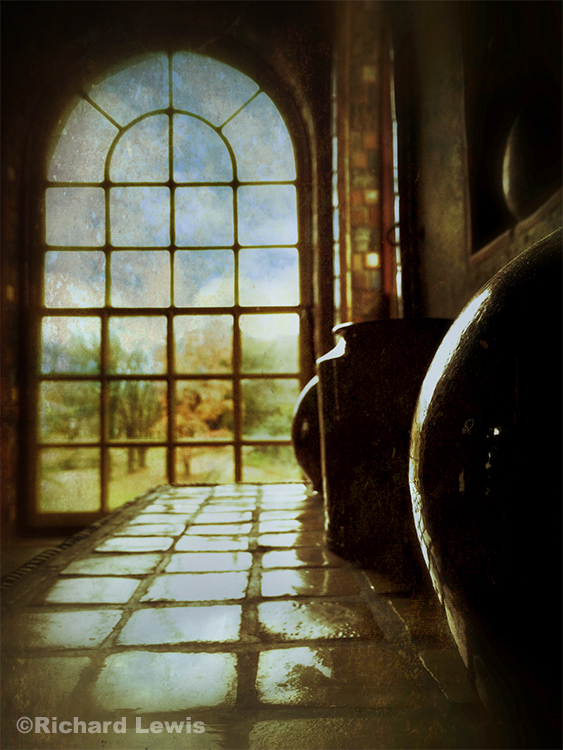 How I Did It – The idea for “The Study of Genealogy” came to me when I start working on the image of the skull. The rest of the image consists of a photograph of a guy at a local Starbucks and the Emlen Physick Estate, historic house in Cape May New Jersey. It’s one thing to throw a bunch of imagery together and another to make it work visually. In this case the man is looking back in time as the skull, or the ancestor, is looking forward. When collecting images for this type of work it is important to get a wide variety so when it comes time to put something together, there is there enough variety to provide the components to fit your concept.

The more I use the iPhone, the more I am excited about its possibilities.