Serving The Cause Of History – Part 2

Serving The Cause Of History – Part 2

More from my day as a war photographer

Although I was born after World War II, I grew up surrounded by adults who were profoundly affected by it. They either served, lost someone who served, or had family in Europe who perished in the Holocaust perpetrated by the Nazis.

While photographing the re-enactment of a World War II battle, I went over to meet the guys playing the role of the enemy. It was a bit disturbing to approach men in German uniforms sporting swastikas and SS emblems. After getting to know them, I realized that they were just regular, red-blooded Americans playing a part and telling the story of America’s involvement in World War II. Someone had to play the bad guys.

Many of these people are so passionate about re-enacting World War II that they own uniforms and gear from both sides. I met someone who owns American, German, Russian and British uniforms, gear and weapons. Another re-enactor said that he plays the role of a German because his father was forced into a German Army Labor Battalion because he refused to join the Nazi party.  Even though his father was never a real soldier and didn’t carry a gun, he did wear the uniform. This re-enactor felt he was honoring his father while also playing a role in telling the story of how our nation mobilized to stop the Nazis.

While the re-enactors played their parts as the confident American citizen soldier, those playing the German role acted more like people caught up in history. The re-enacted battle originally took place in 1945 at the end of the war in Germany. The average German soldier knew they were beat, but right or wrong, they were now defending their homeland. 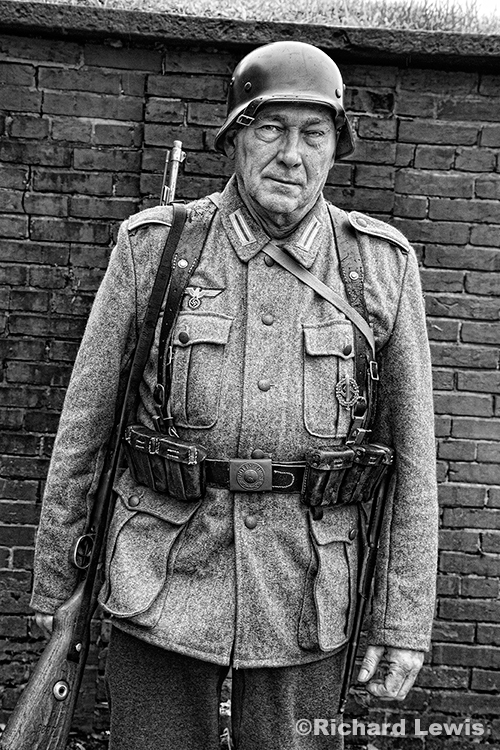 The Old Soldier by Richard Lewis 2014 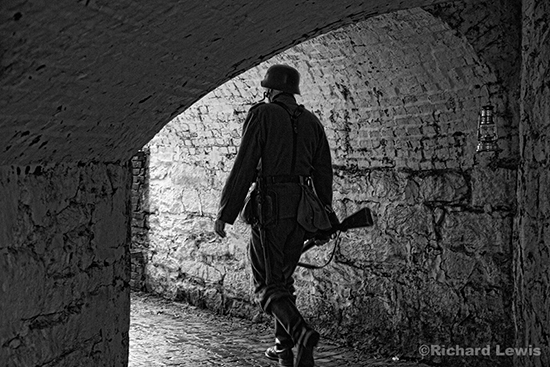 Walk To Glory by Richard Lewis 2014 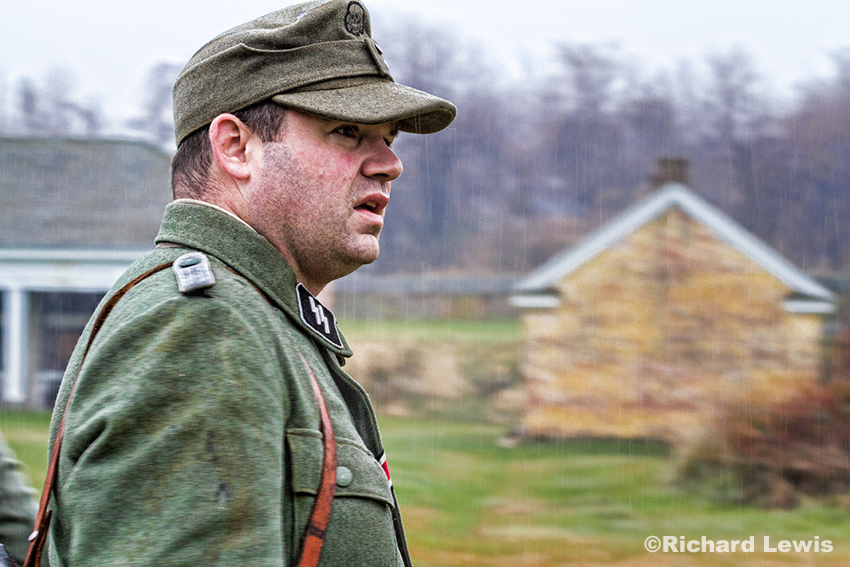 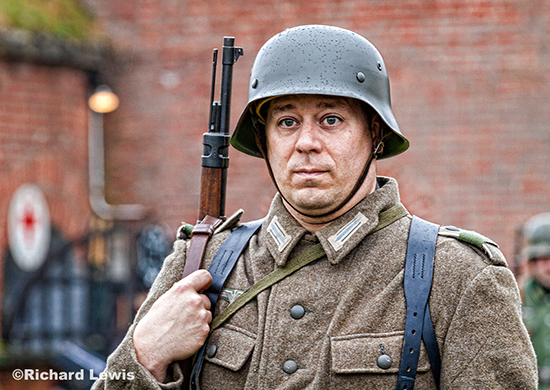 Dressed to Kill by Richard Lewis 2014 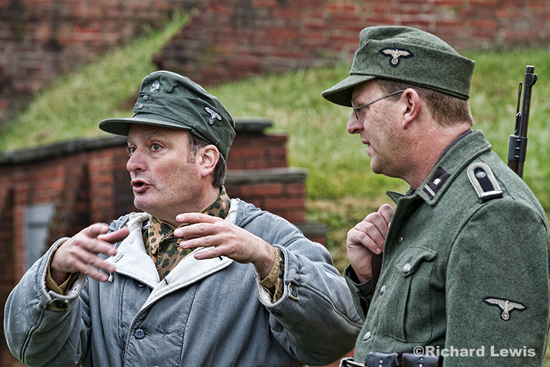 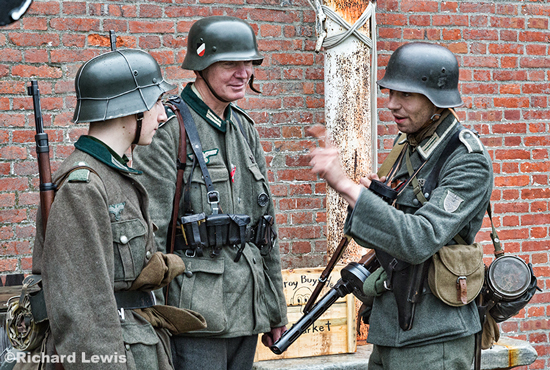