California has a lot to see if you are a landscape photographer. The state has more than its fair share of beautiful national parks like Kings Canyon, Sequoia, Yosemite and Death Valley. There are also many lesser known places with beautiful and unusual landscapes. While some are popular with photographers, many offer a lot of room to explore and create some unique imagery.

The Alabama Hills and the Eastern Sierras

The Sierra Nevada Mountains have been called one of the most beautiful features of the United States. While the western side is home to Lake Tahoe and several national parks. the eastern slope of the Sierras is very different. The Eastern Sierras are far more rugged with Cliffs steeply dropping to the valley below. This provides a dramatic background for the Alabama Hills which themselves are a rough, wind formed desert landscape. Unfortunately, due to weather and time constraints we only got to spend one morning there. We will be back for sure to explore this unusual and amazing place.

Below are the Eastern Sierras framed through Mobius Arch which is the most dramatic of several arches in the Alabama Hills. 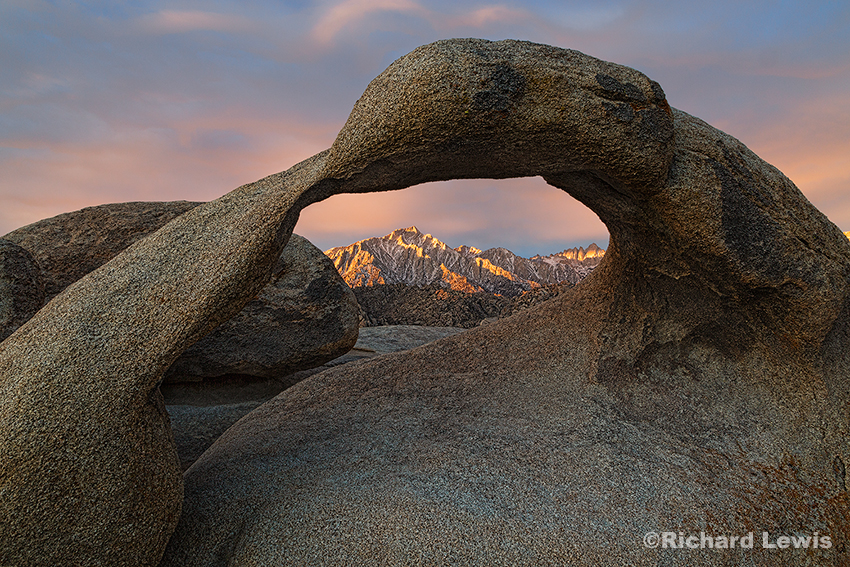 The Eastern Sierra Nevada Mountains lit by the first light of the dawn on New Years Day. The jagged peak in the center of the photograph is Mt. Whitney, the tallest mountain in the contiguous United States. 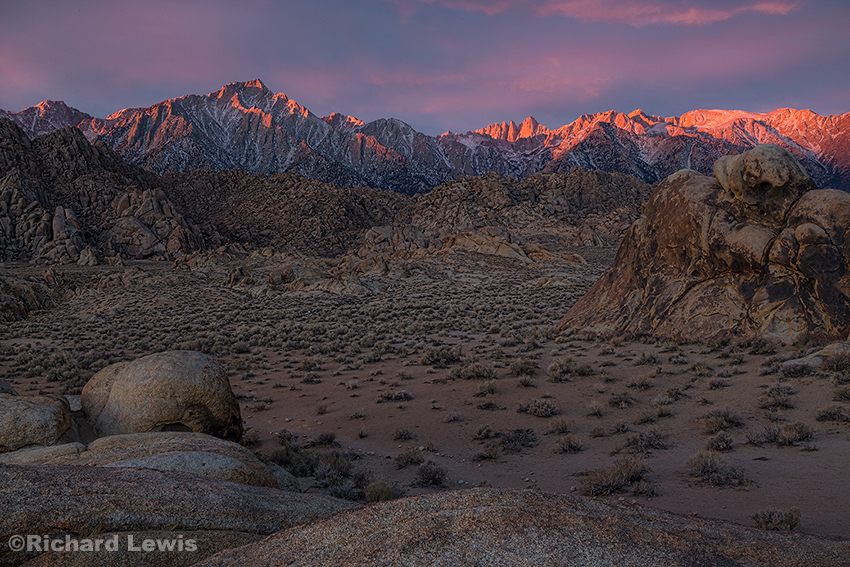 First Light in the Alabama Hills by Richard Lewis 2015

The wind tortured landscape of the Alabama Hills just begs to be explored on foot. 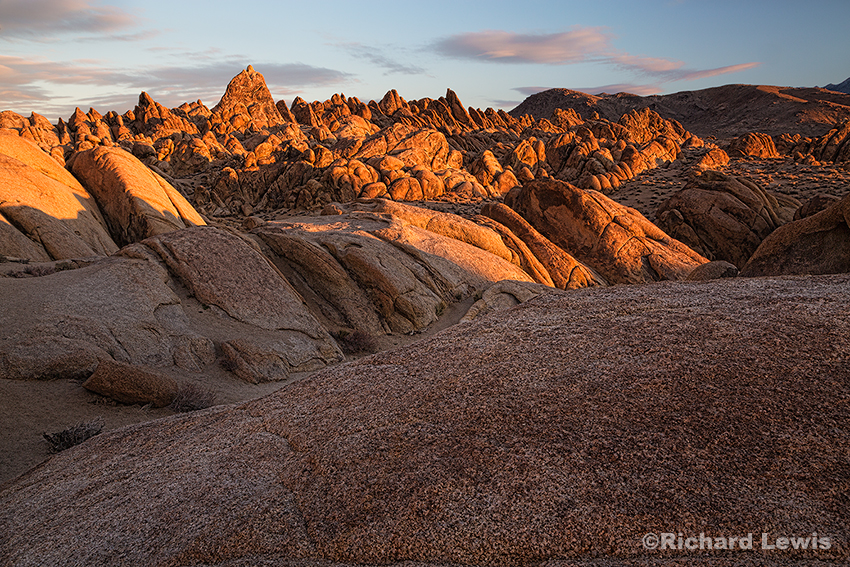 Rock Formations in the Alabama Hills by Richard Lewis 2015

Rock Formations in the Alabama Hills by Richard Lewis 2015

The small town of Borrego Springs, California is surrounded by the Anzo-Borrego Desert State Park. At 950,000 acres it is one of the largest state parks in the country. 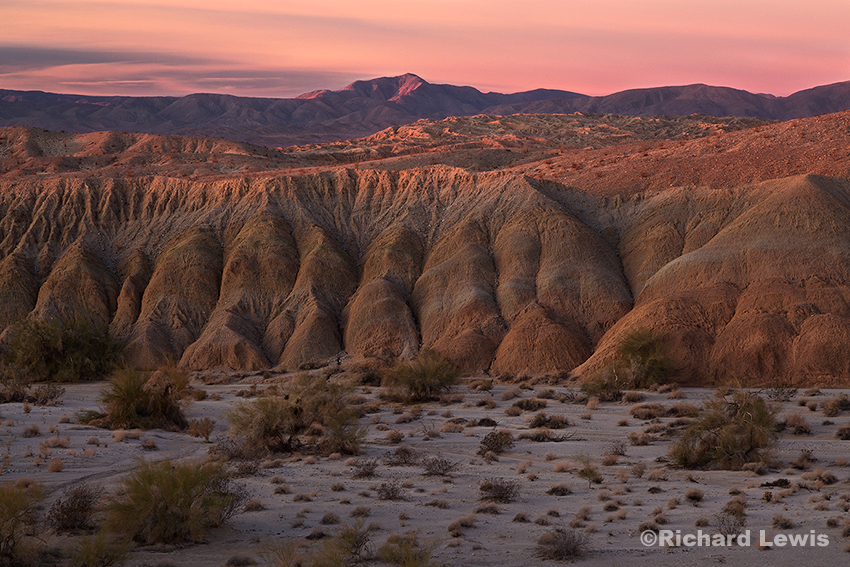 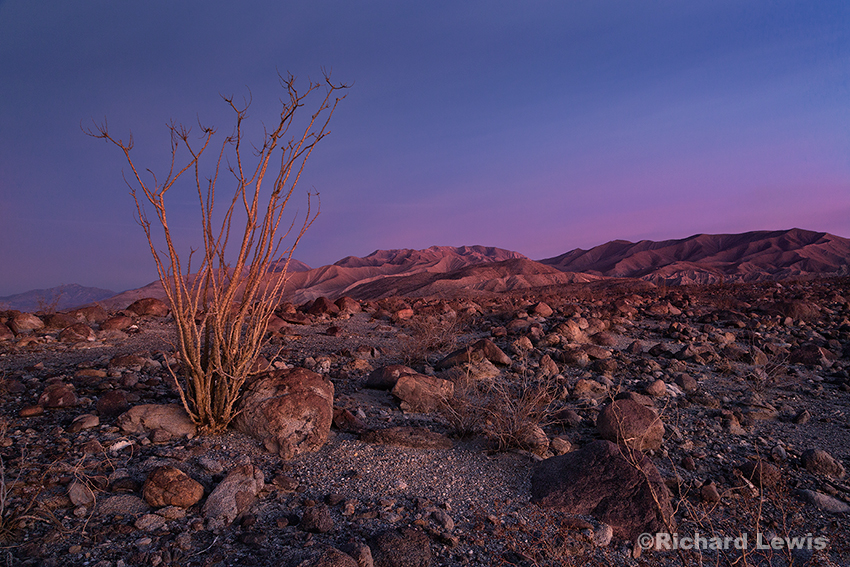 Early Morning in the Anzo Borrego Badlands by Richard Lewis 2014

The more we travel to California, the more we fall in love with its amazing variety of landscapes.