One of the greatest things about being a member of Canon Professional Services is that you get to borrow expensive cameras and lenses and play around with them for a few days. Because my photography interests have moved beyond just creating fine art landscapes, I have been looking for a camera that will be a good tool for action photography. After photographing bears in Alaska and World War II re-enactors in Pennsylvania, I realized that I could have been better equipped. That’s why I tried out the new Canon 7D Mark II Camera. Here is the probably least technical camera review you may ever read, it’s just the opinion of a guy who loves to use a camera to create things.

Build – This camera is very solidly built and sturdy like its predecessor, the first 7D. Canon’s specs say it is weather sealed. I didn’t use it in to bad of weather, but did shoot outside for several hours in windy 20 degree F weather with ice blowing all around and the camera held up just fine.

Speed – One of the most significant features of this camera is its speed. At 10 frames per second, there is not a lot this thing will miss. Speed is a great asset for wildlife, sports and other action photographers. Of course, this will require larger cards in order to record all those extra shots. Fortunately the Canon 7D Mark II has two card slots, one each for CF and SD cards.

Auto Focus – I don’t use auto focus at all for my main artistic work, but it is useful for commercial and action shooting. The auto focus system on this camera is supposedly state of the art. Without dissecting all the technical details this appears to be true. Out of 2142 shutter clicks, only 25 were out of focus and those happened when I was figuring out the auto focus settings. Basically the camera focused on the wrong subject which was probably my fault. After I figured it out, it focused right where it needed to be.

Noise – This was the major downfall of the first 7D camera. It was built well, fast and designed for action shooting, but action shots require fast shutter speeds. Fast shutter speeds in low lighting conditions require high ISO settings to get the right exposure. Unfortunately the original 7D produced a lot of noise. Above ISO 800 the image was just about unusable. I’m happy to report that this problem is definitely fixed. The indoor photographs below were shot at ISO 6400 and while there is noise present, most of it was easily reduced using Adobe Camera Raw’s noise reduction filter. Adding Topaz De-Noise or another more sophisticated noise reduction filter would probably do even better. My opinion is that the 7D Mark II has a little better noise control than the 5D Mark III which is over $1000 more in cost.

Picture Quality – In my humble opinion, the original 7D did not have the best picture quality. These photographs of the Ice Carvers at Mt. Holly, New Jersey’s Fire and Ice Festival show that the 7D Mark II produces very good photographs. The first and third photograph was shot under very high contrast lighting. There was a enough dynamic range in the RAW image to pull out the details from the shadows and the highlights. 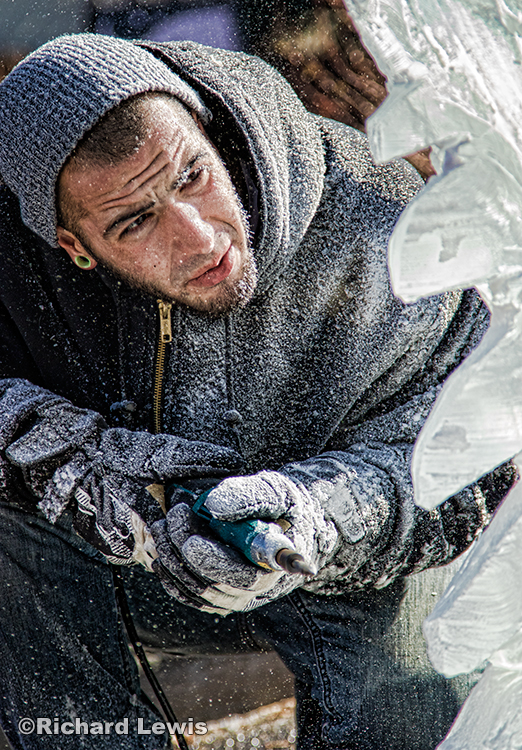 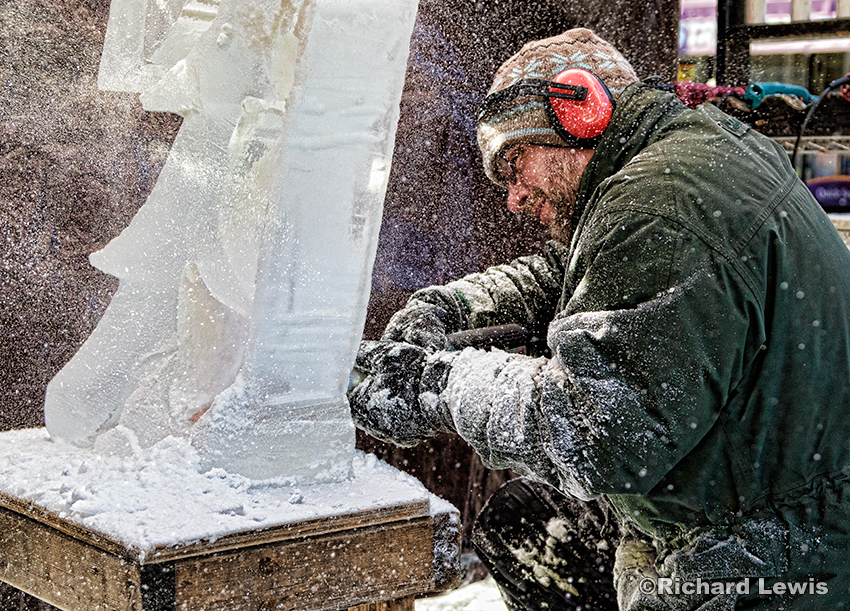 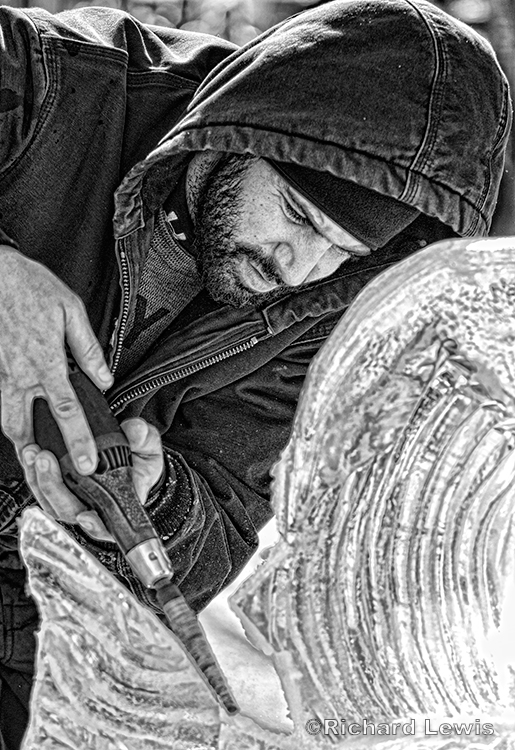 These photos were shot at a shutter speed of 2000 @ f/4 with a 70-200 mm lens. The ISO was 6400. While the noise would be unacceptable for a fine art landscape, in street photography the quality of the subject matter is not as tied to the image quality. 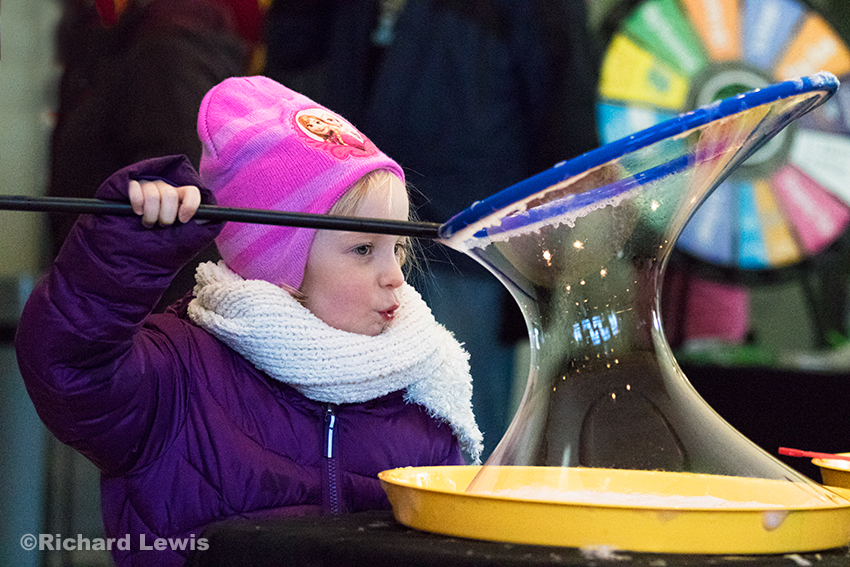 Oh The Wonder by Richard Lewis 2015 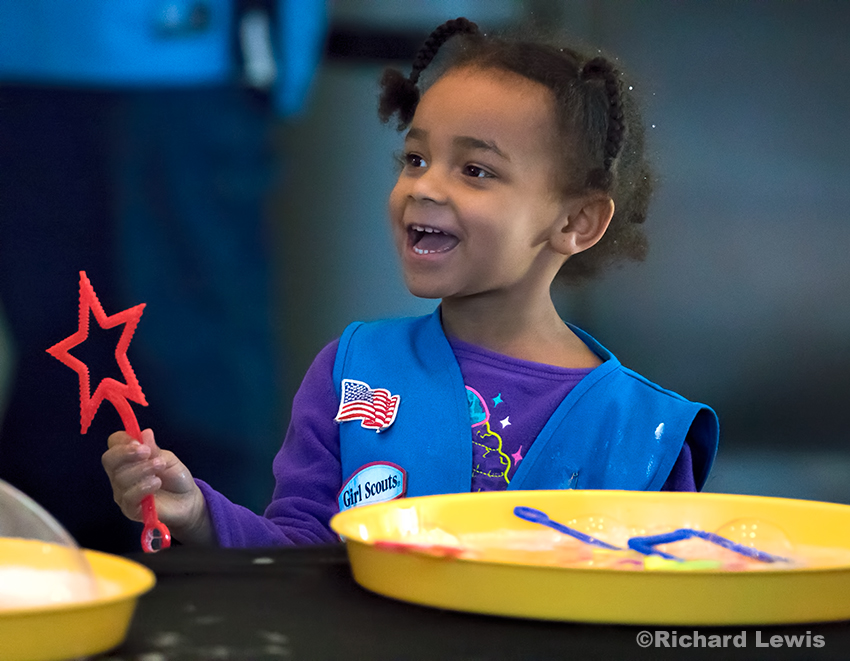 Canon has been dissed for not including an articulated LCD screen and wifi on this camera. While a movable LCD would be helpful, I’d prefer a more more bulletproof camera with a fixed screen, if that was reason it was left off. I do not see the need for wifi. While some photographers would, I shoot full sized RAW files and at 20+ megabytes a photograph, I’d rather transfer them directly to a computer.

So Rich, are you going to buy one? Maybe. This is one amazing camera. First and foremost I’m a fine art photographer and while this camera would be helpful for commercial work, it would not replace my main camera, except playing the role of a back up.

I’ve been critical of Canon for not keeping up with technology. It seems that they will make up for it this year with introduction of 3 new versions of the already very great 5D camera. Two will be 50+ megapixel cameras and the third will be the 5D Mark IV which according to the CanonRumors.com website “will focus on being a lowlight event and sports type of camera with good enough image quality for pretty much anything else you throw at it.” It might be wise to wait and see what these cameras will be like.