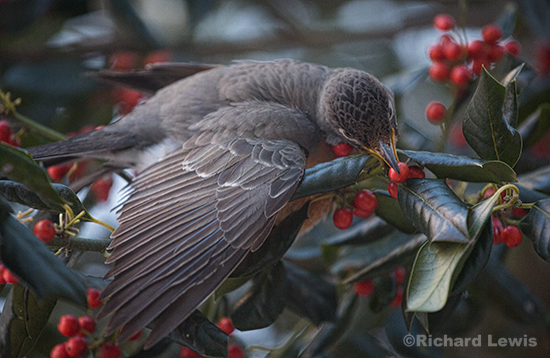 A Bird Amongst The Berries by Richard Lewis 2015 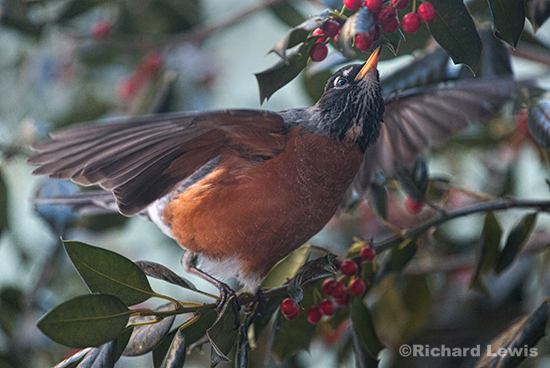 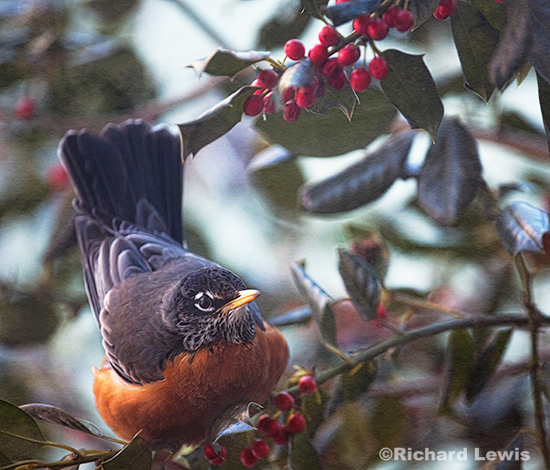 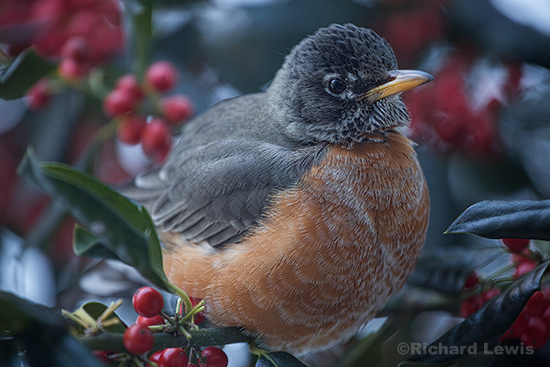 I recently attended a workshop on bird photography presented by Larry Lyons, a fellow local photographer. When describing how to photograph our feathered friends, he used the expression, “f/8 and be there.” For non-photographers, f/8 is a camera setting and in this expression it means know your equipment. Be there, means just that, be in the moment.

Recently, one of those moments happened outside my dining room window. During breakfast, my wife noticed that there were a bunch of robins eating the berries on our holly bush. When we looked closer we saw that there were actually hundreds of birds. We figured that a flock of migrating robins noticed our bush and decided to make a little rest stop and take turns eating the berries.

I don’t have the super fast cameras and lenses needed to photograph birds, but I do have equipment that I know very well, so I set the camera and started shooting. I learned that morning  what it means to “be there” when photographing wildlife. By not having to fuss with my equipment, I could watch what these little birds were doing and study how they move, eat and react. I was eventually able to anticipate what they would do next.

Not having the right gear to freeze the action, I decided to catch the robins in their decisive moments while they treated themselves to the large number of tasty berries our holly bush is sporting this winter. I love these images because I got to know these little birds better while spending time watching them.