When passing through the idyllic and peaceful countryside around Lumberton, New Jersey, one would never expect to come across a fearsome relic of the Cold War. Yet, until recently, just outside of town, were the remains of a Nike missile battery built in 1956 and designated with the catchy name PH-23/25.

In the 1950’s and 60’s the army built these batteries around major cities armed with Nike surface-to-air missiles to defend them against Soviet bombers. The name PH23/25 meant that it intended to defend Philadelphia (PH). The numbers indicated that it was a double battery which functioned as two separate missile bases in one place.*

As military technology advanced, these Nike missile batteries became obsolete and most were torn down. This one survived after it was decommissioned in 1974 because it was adapted for other uses.

I’ve lived near this battery for over 30 years and always meant to photograph it one day. That day came recently when I heard that the site was slated for demolition to make way for a new local government building and a housing development.

By the time I found out about the demolition, only one of the three sections was somewhat untouched. Fortunately, it was the most interesting section, the command and control center with the remains of radar towers that many have mistakenly thought were missile silos.

This old and deteriorating base might have been a local eyesore, but it was also an important physical remnant of our nation’s history. It reminded us that, not long ago, we faced what could have been a devastating nuclear war with the Soviet Union. Growing up during the Cold War, I remember that underlying fear of a nuclear conflict.

These missile defenses, while formidable looking, probably would have done little to stop squadrons of enemy bombers or rockets with atomic warheads. When these batteries were active, it was a time when our nation, and our world, was vulnerable to unimaginable destruction.

The radar towers were often mistaken for old missile silos. They are not only the most military and unusual looking structures on the site, they are also artistic and iconic shapes. 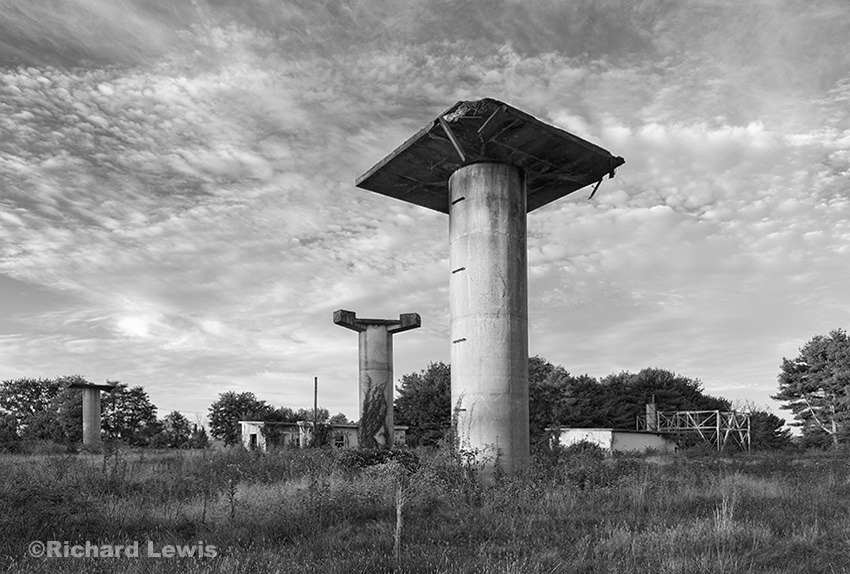 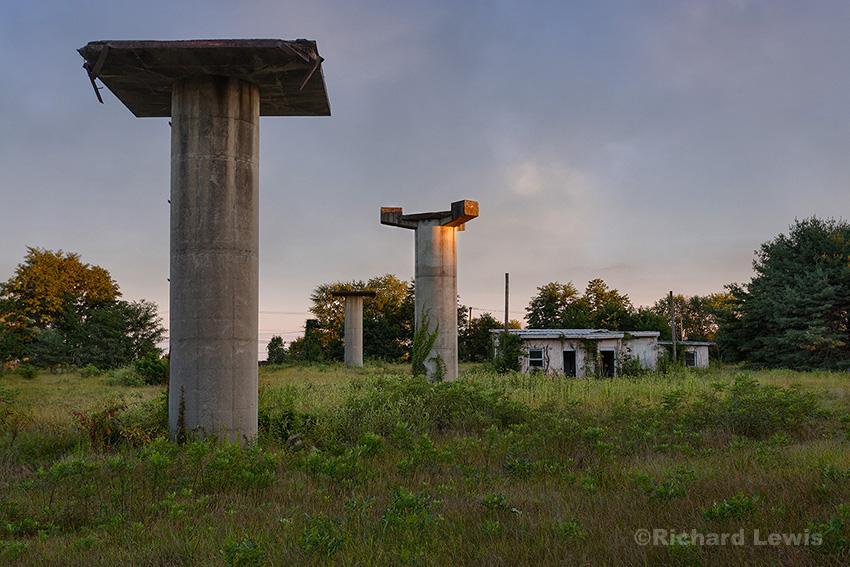 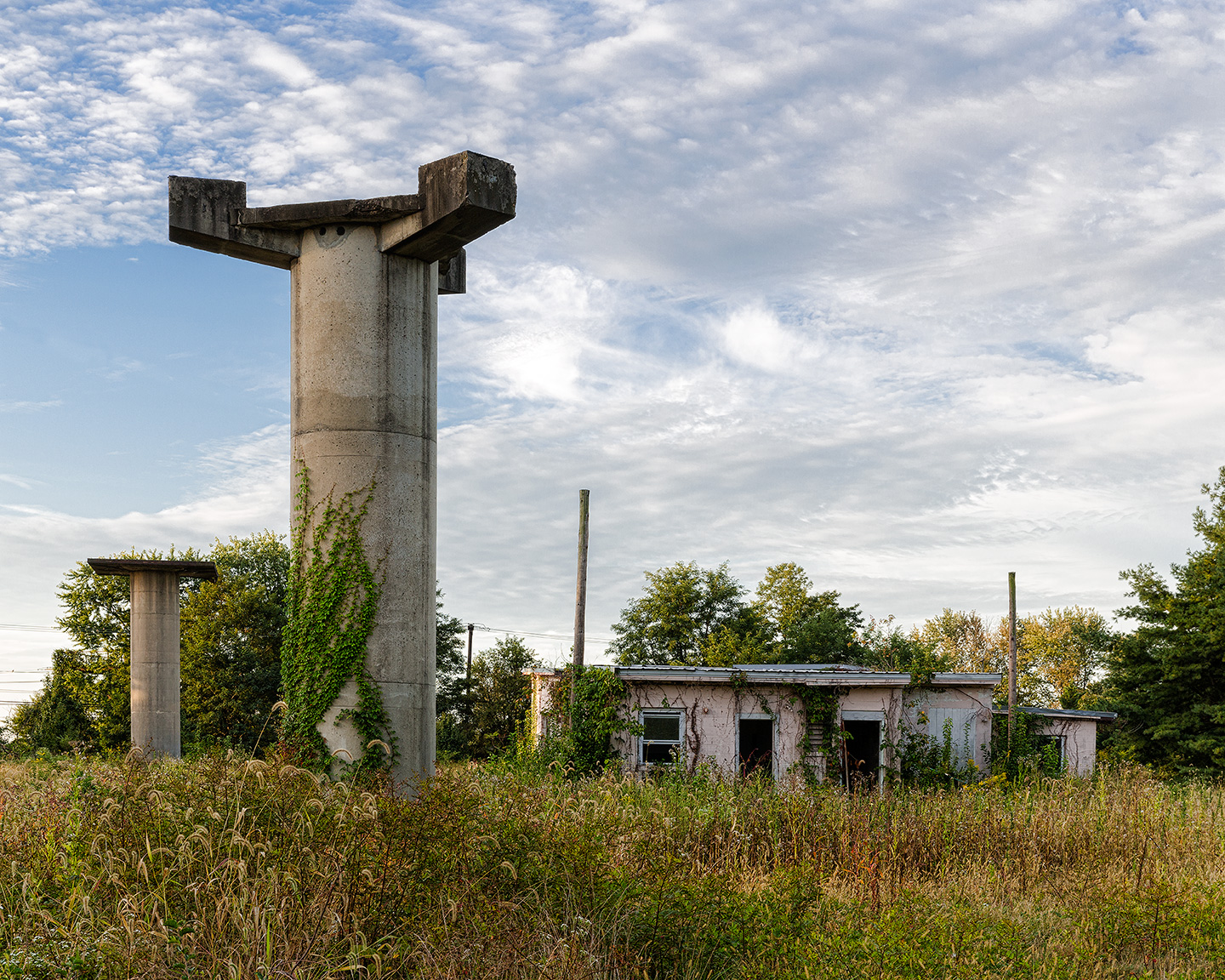 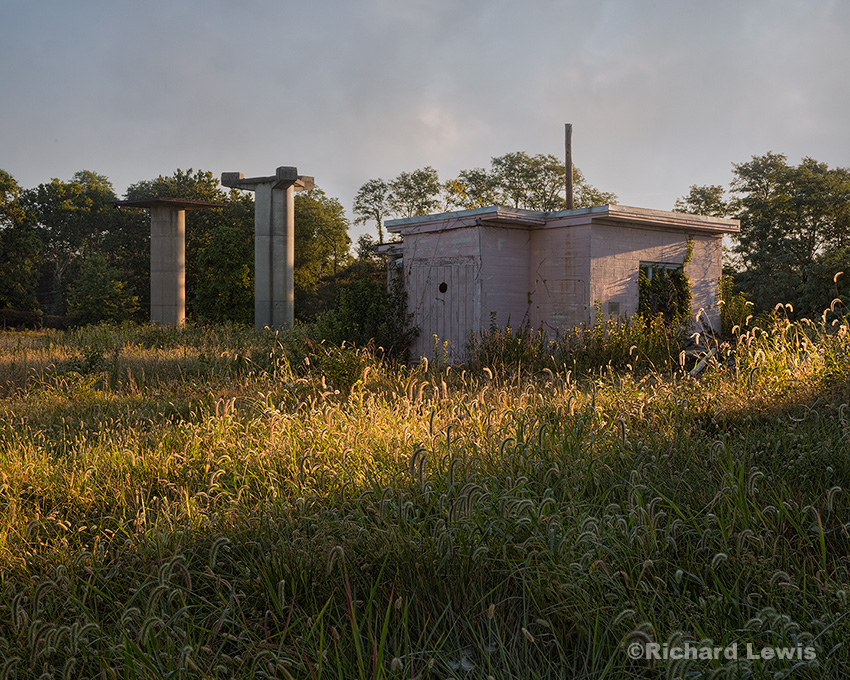 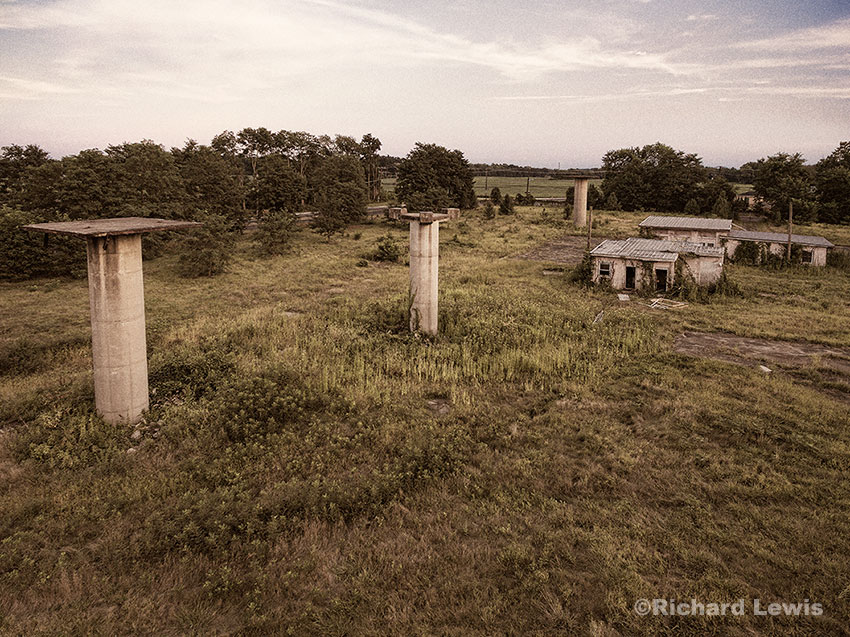 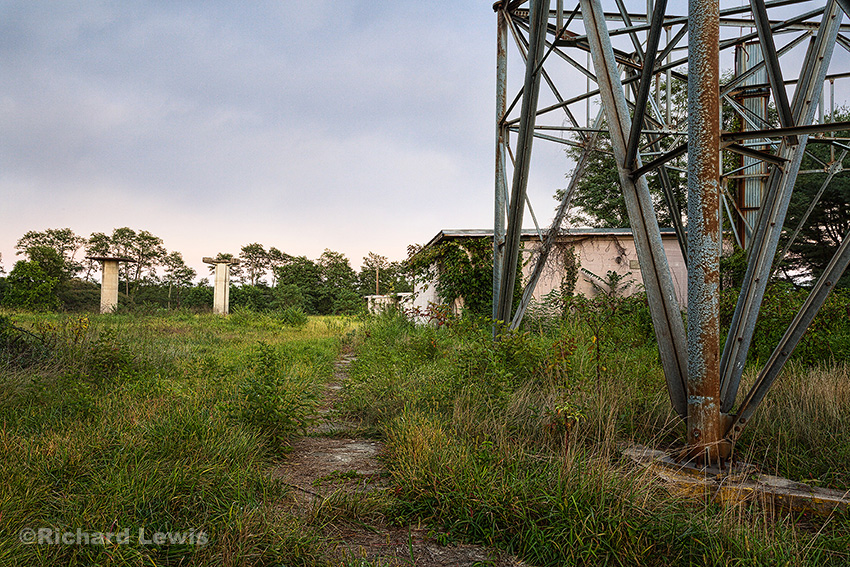 The following three photographs were made just after the final demolition started. In the background the trees have been removed and the barracks and administrative areas is visible from the radar section and visa versa. 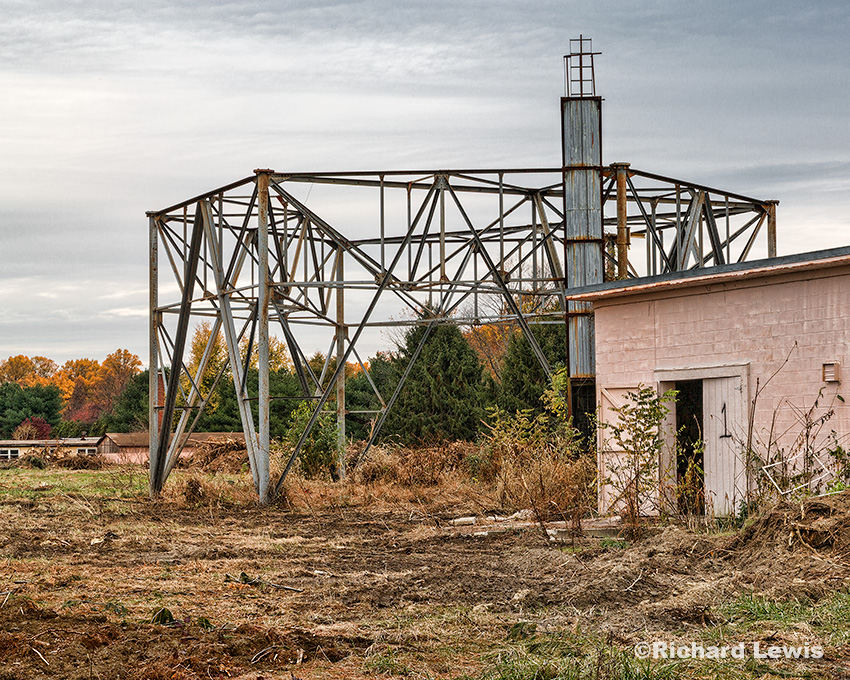 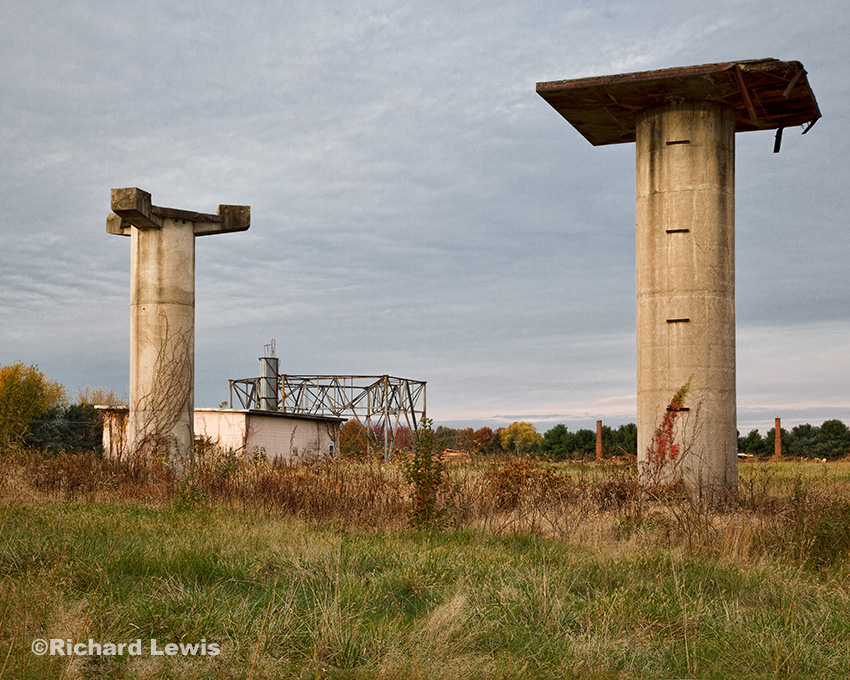 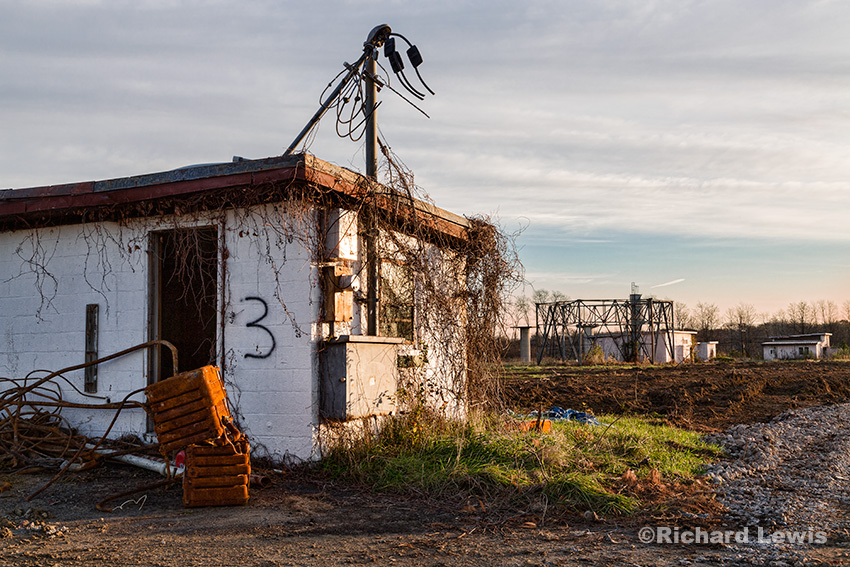 The overgrown landscape and dilapidated buildings help date this site and illustrate what happens to places that are abandoned. Most of the community may have looked at this as an eyesore, but I can’t help seeing a place to merge history and art. 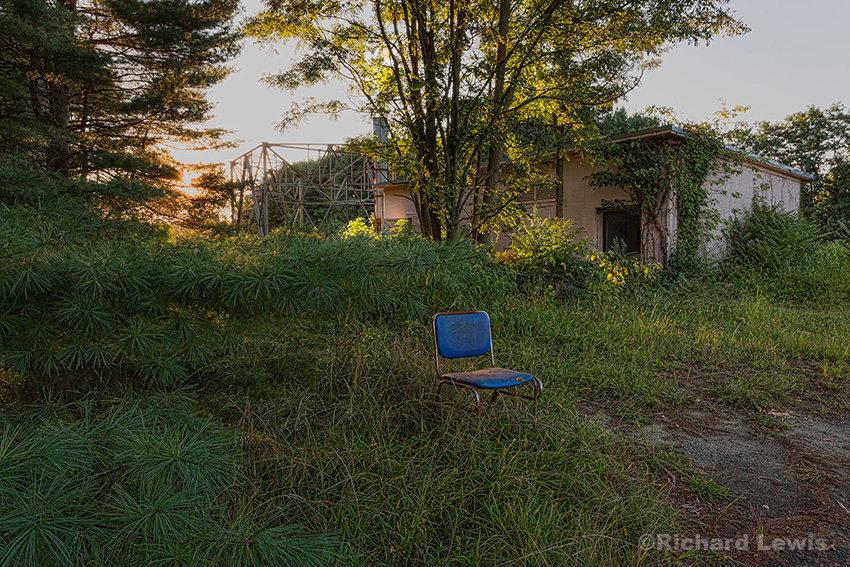 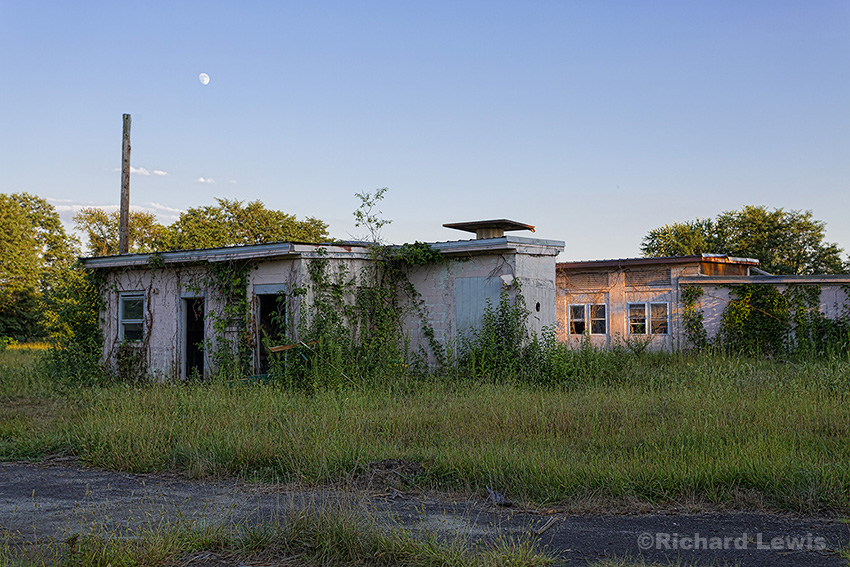 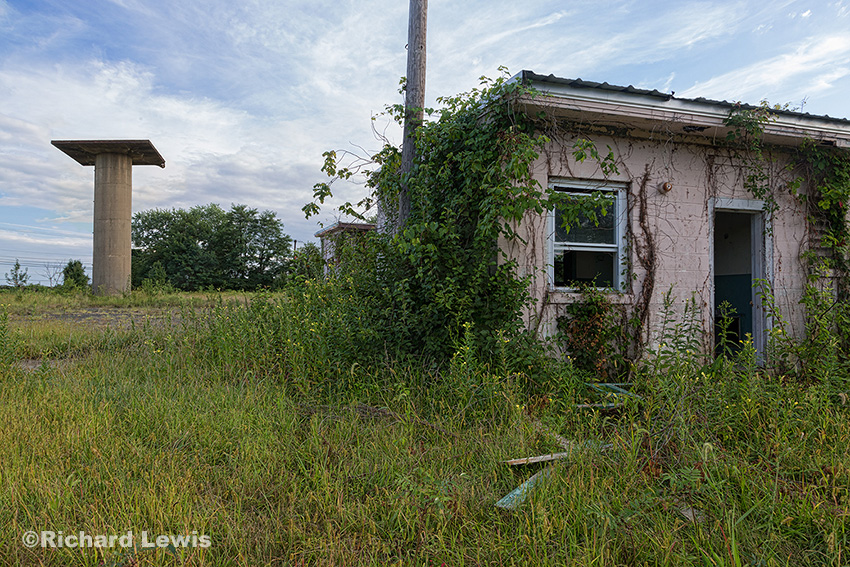 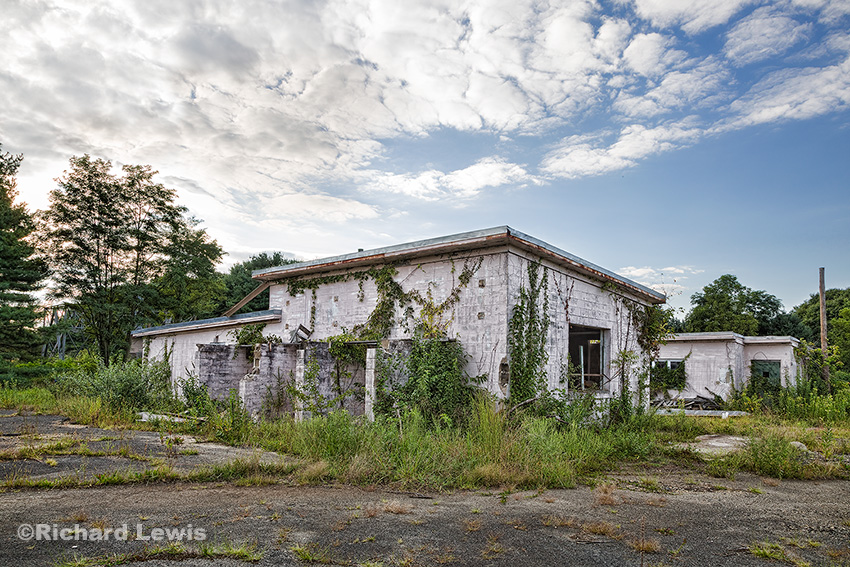 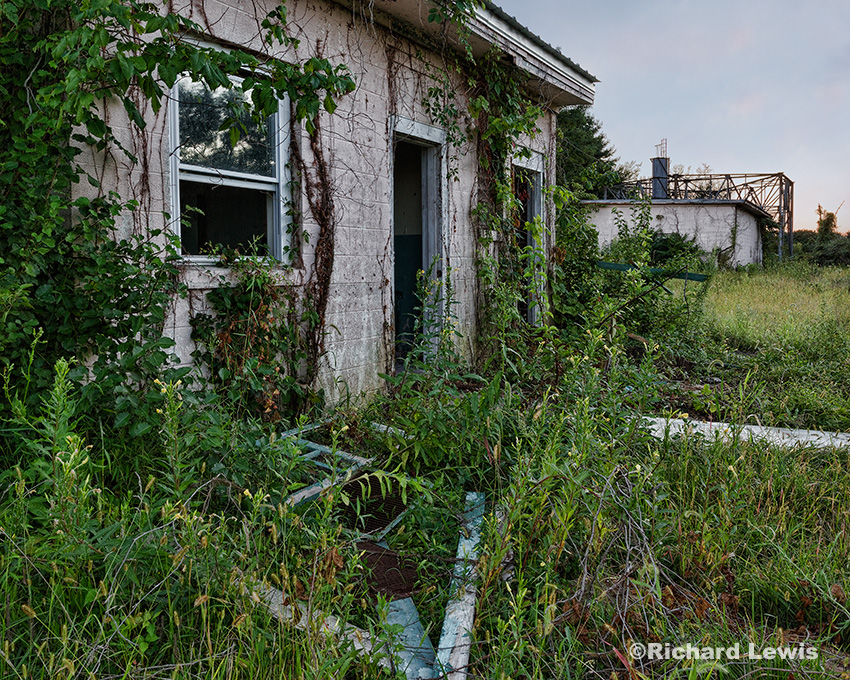 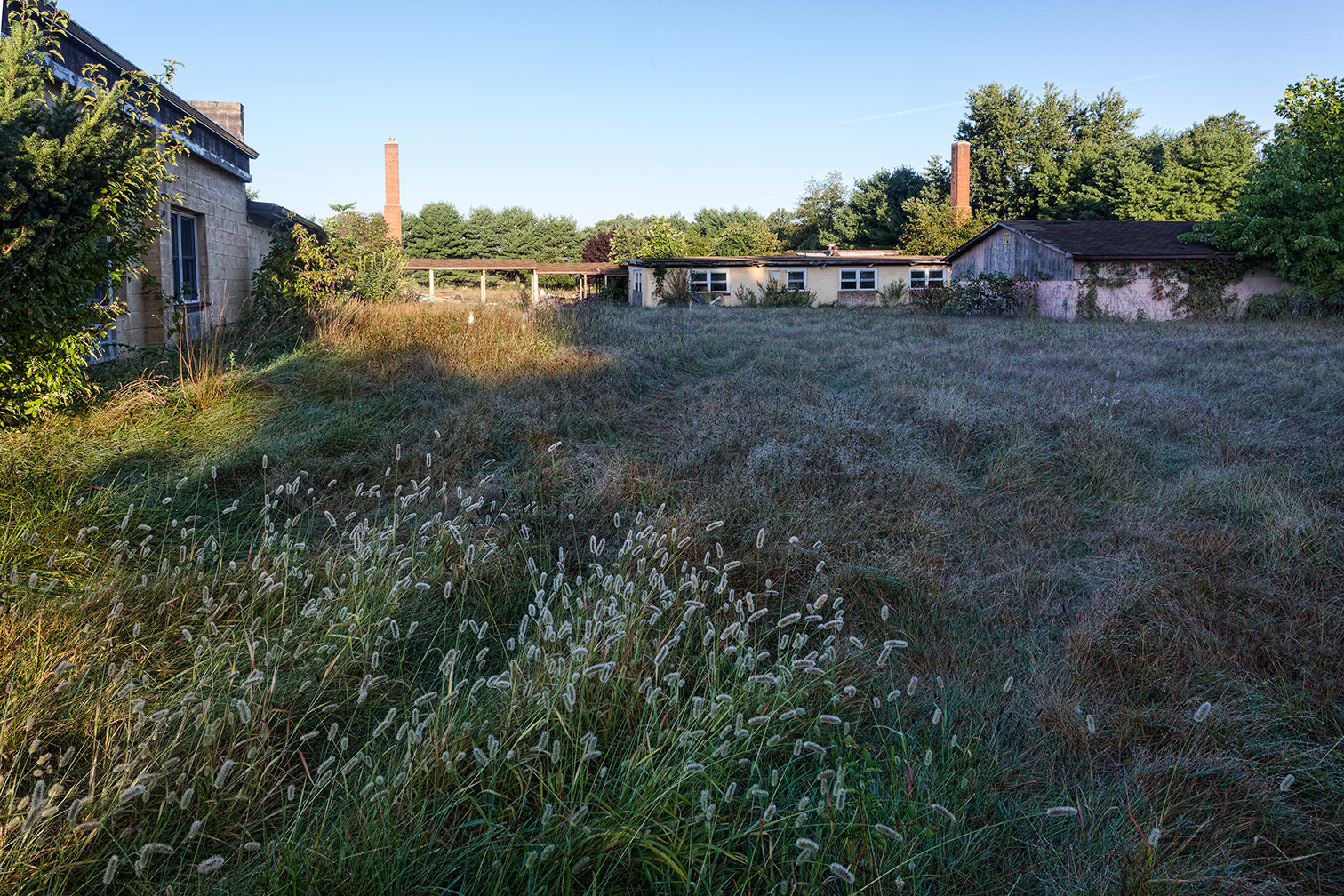 Many of the building interiors had undergone some restoration over the years. The property was used for various purposes from a school to storage space. The only room I found that looked unchanged from its original military use is the last image in this group. 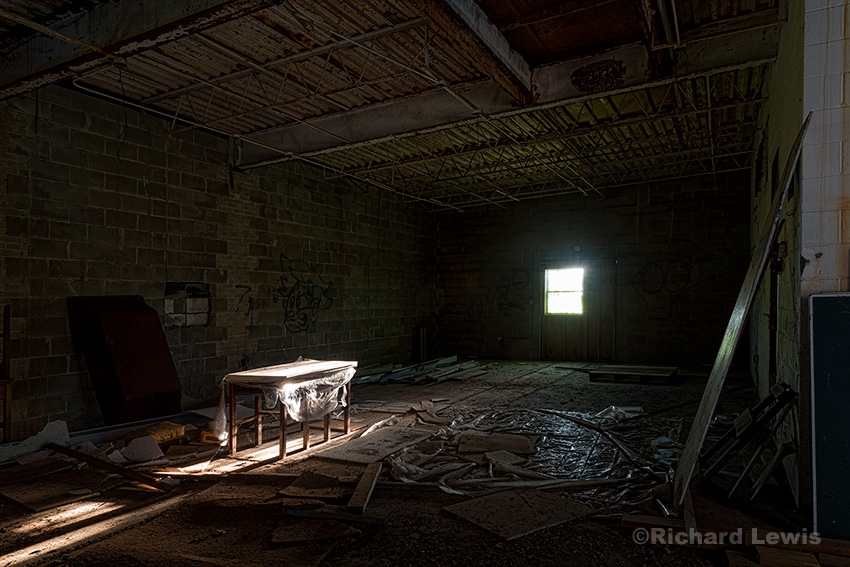 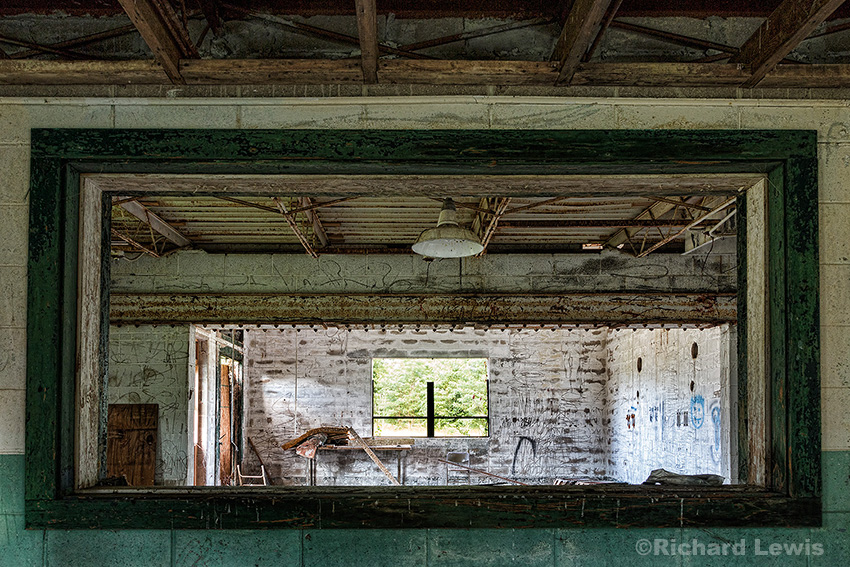 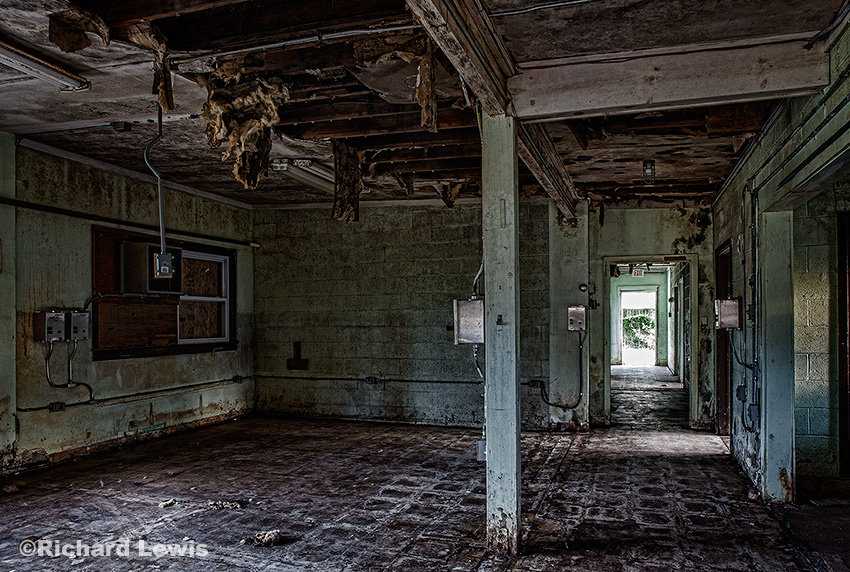 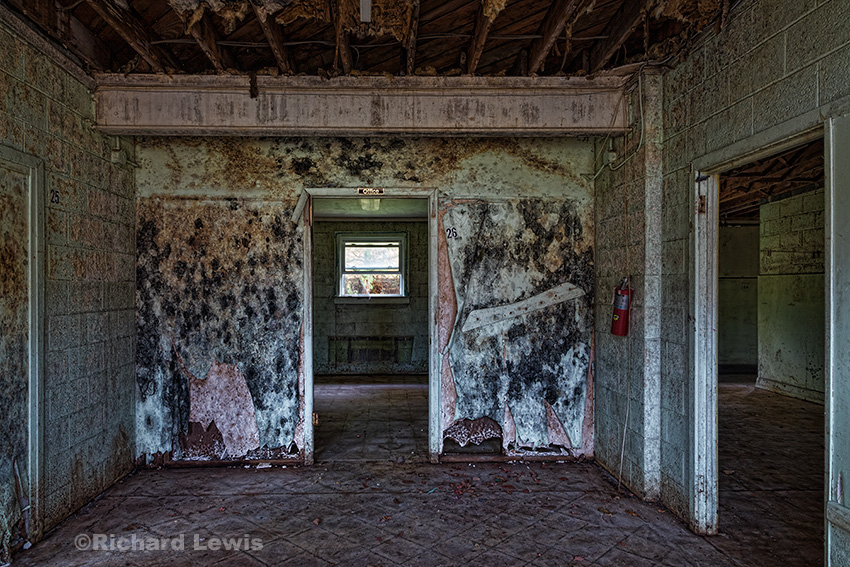 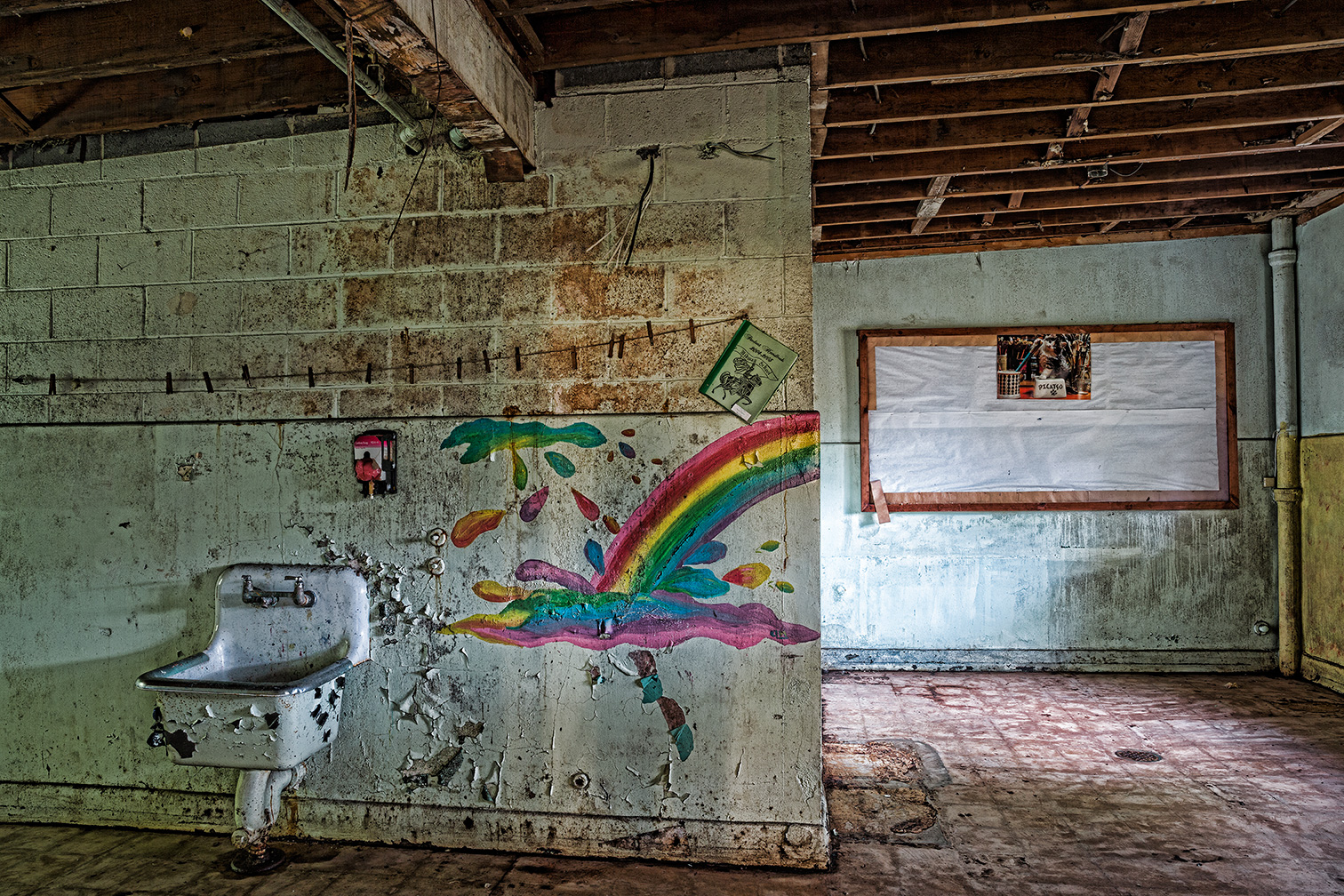 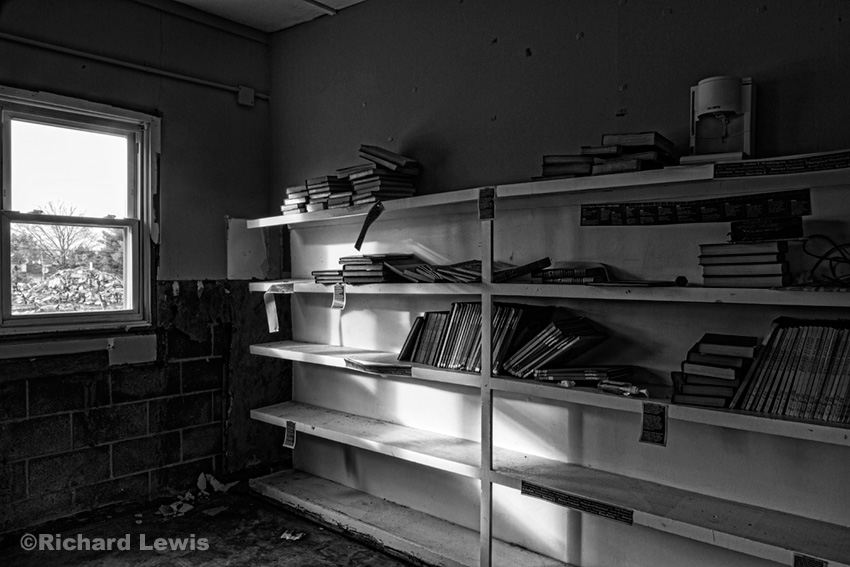 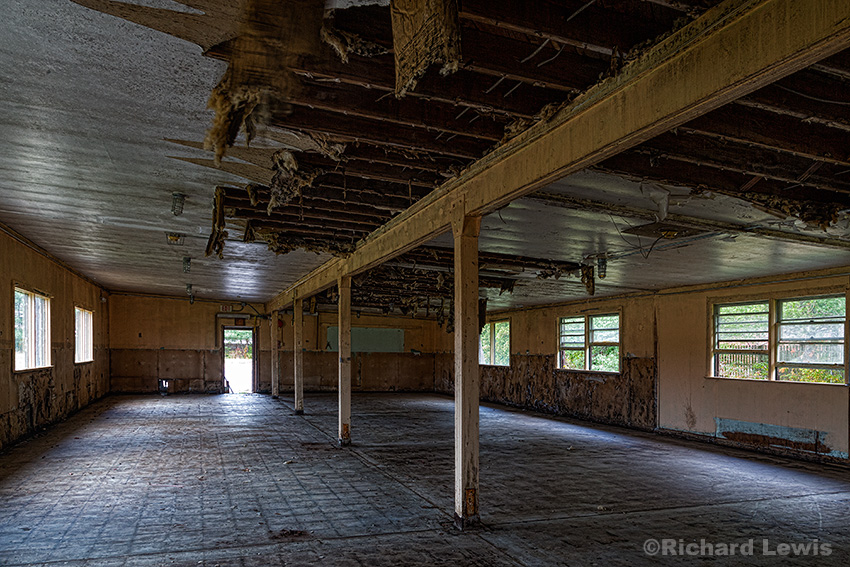 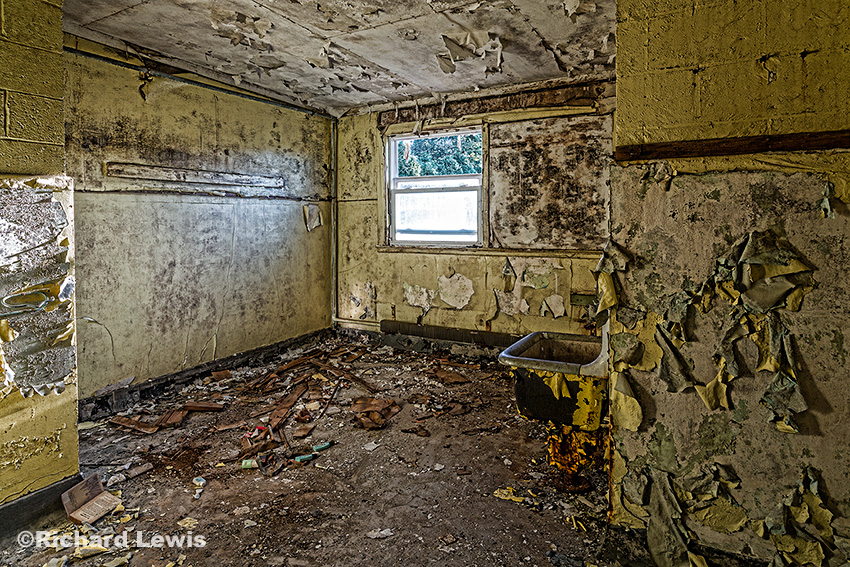 On one of my last trips to the base I got to see the demolition in progress. Now all that is left of PH23/25 are some military records and these and maybe a few other photographs. I feel a huge sense of responsibility knowing that my photographs are probably the only extensive visual record of an important place that no longer exists. 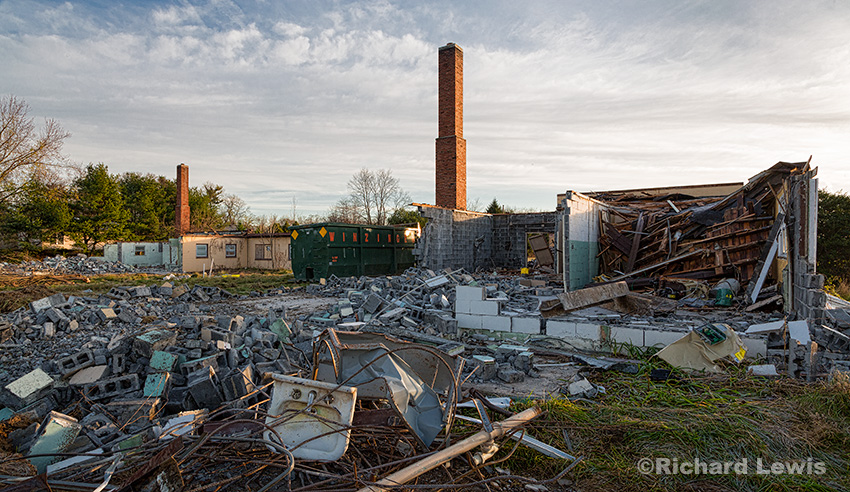 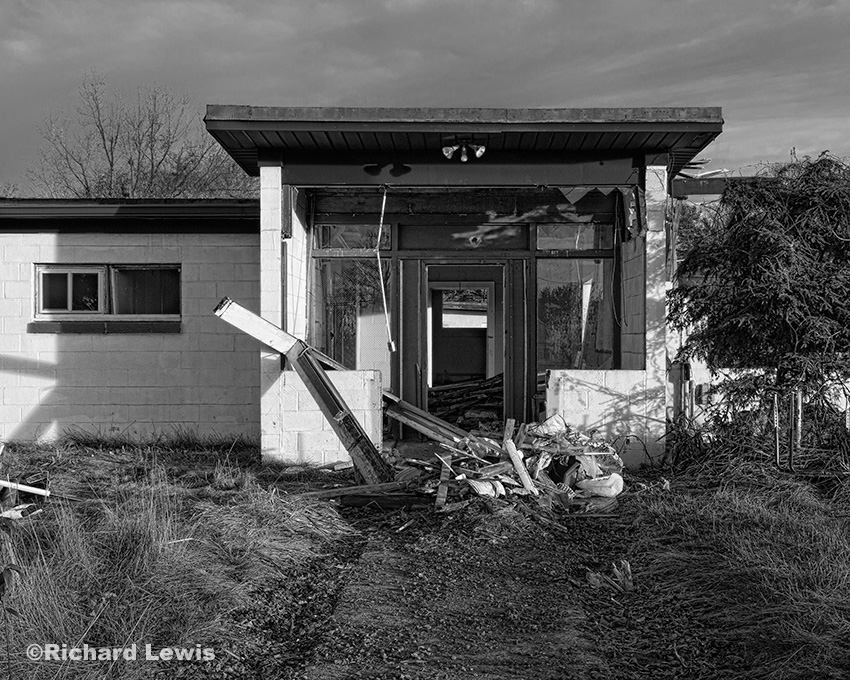 What do I hope to accomplish with these images? My goal is to preserve the memory of the Cold War relic artistically. This particular missile battery is important because it has a place in my history as well as local and even national history. The missile men of the 1950’s and 60’s may not have been front line soldiers racking up medals and war stories, but they did earn an honored place in history. They were some of the original high-tech soldiers defending our nation with new and unproven technology at a time when military destructive capabilities rose to a global level. 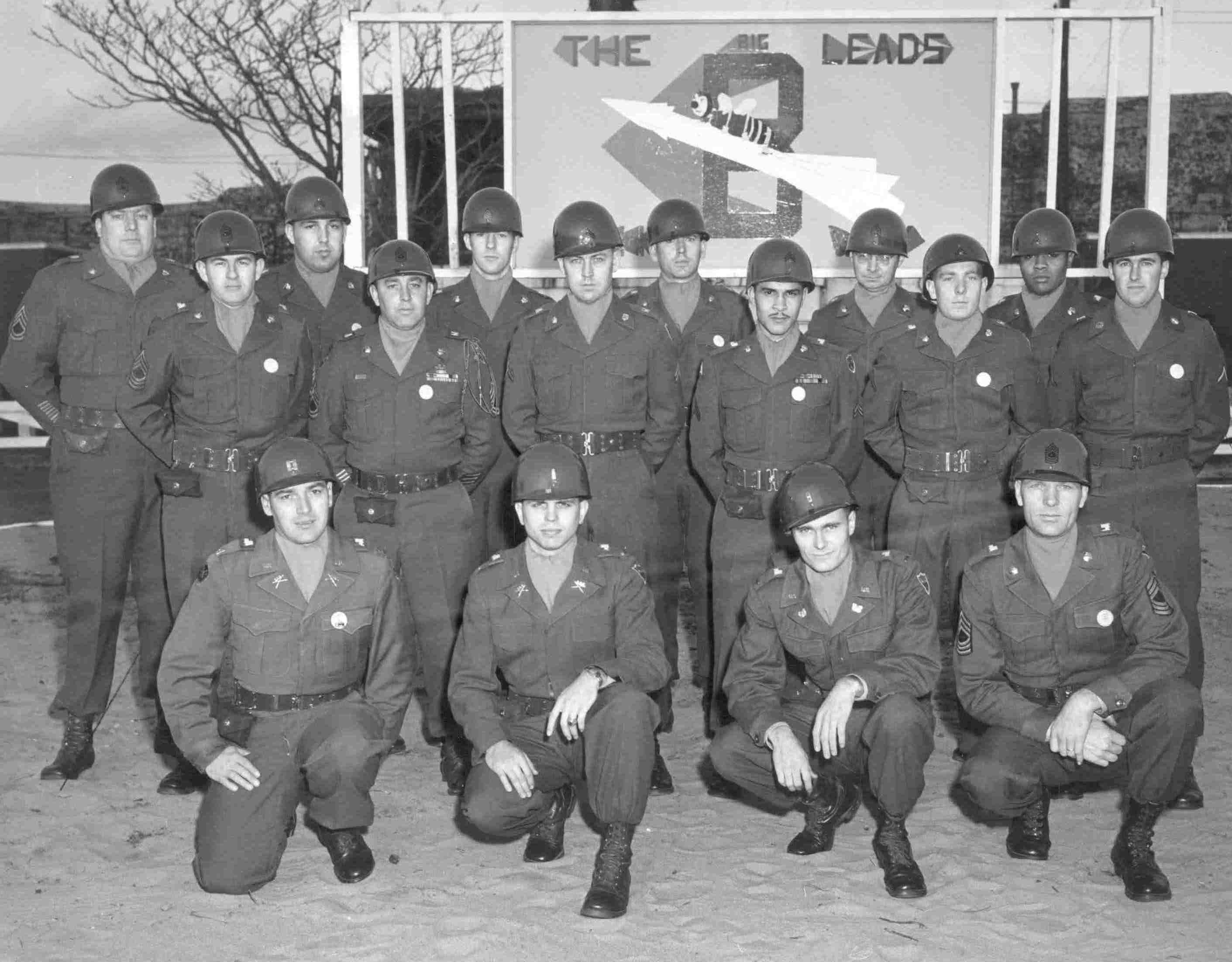 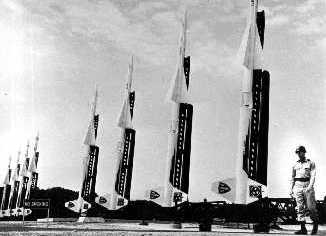