Finding this abandoned laboratory was an odd discovery. It is a large complex that dates to the early 1960’s when the National Lead Company built it to formulate lead compounds for use in paint and other products.

Talk about bad timing. In the 1960’s latex based paints became widely available as an easier and safer alternative to toxic lead based paints. National Lead eventually changed their name to NL Industries and started producing other products that did not include lead. The company closed this lab facility in the 1980’s.

If this was a business blog, the story of National Lead’s survival as a business dating back to the 18th century would be an interesting case study. But, this is a photography blog and my interest as a photographer was the dilapidated structures that stood before me on a cloudy winter afternoon. On that afternoon the remains of a stylish 1960’s building with a repeating arched roof line peeked through a very overgrown landscape.

It’s a bit strange to see a relatively new building in such terrible shape. Since the company’s closure in the 1980’s, vandalism along with neglect and the weather have taken its toll on the place. Large plate glass windows have been smashed and most of the roof looks like it just dissolved, in turn exposing the interior to the elements.

The Exterior of National Lead 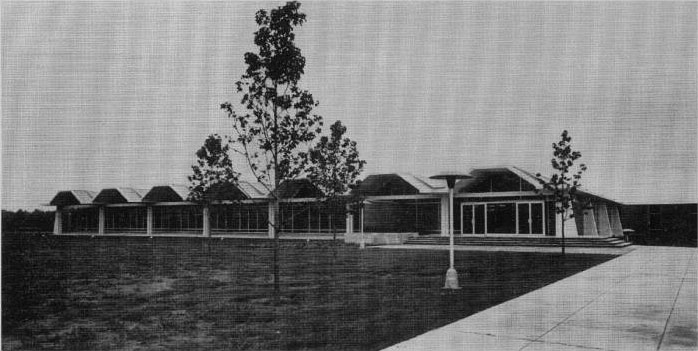 This building was a nice example of mid-century modern concrete and glass architecture. One has to wonder what it was like to work here, particularly in the beginning when this building was brand new and its facilities were state of the art. The large glass windows must have provided a nice view and let in plenty of light. Now that the windows are gone, there is nothing stopping the weather, or intruders, from wreaking havoc on the building’s interior. 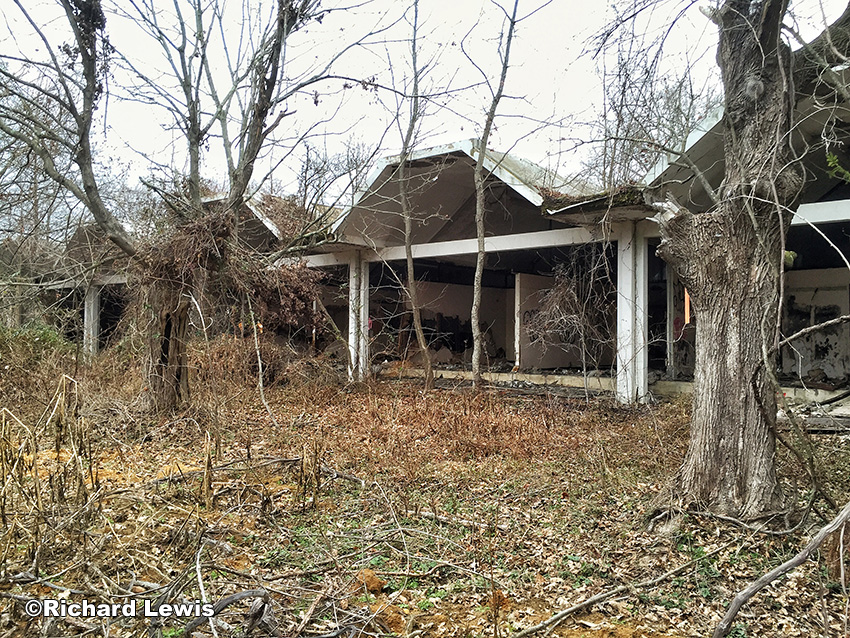 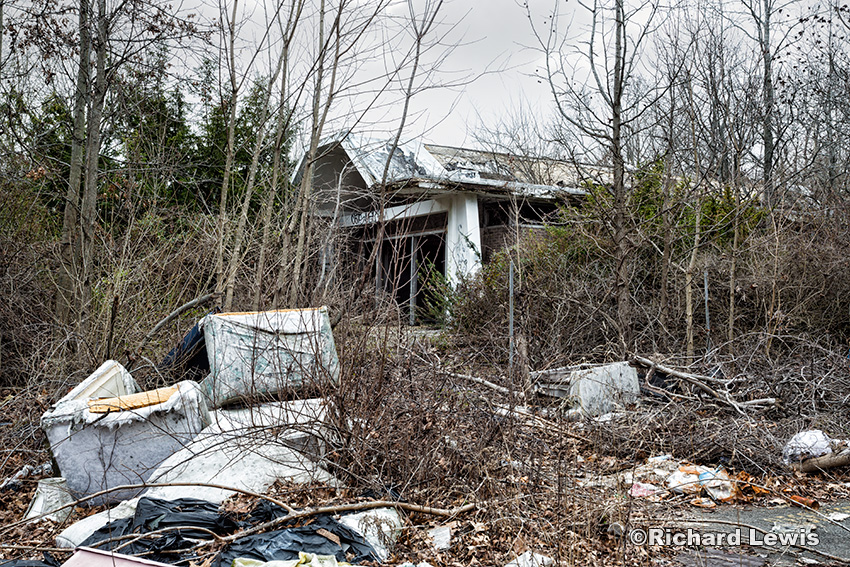 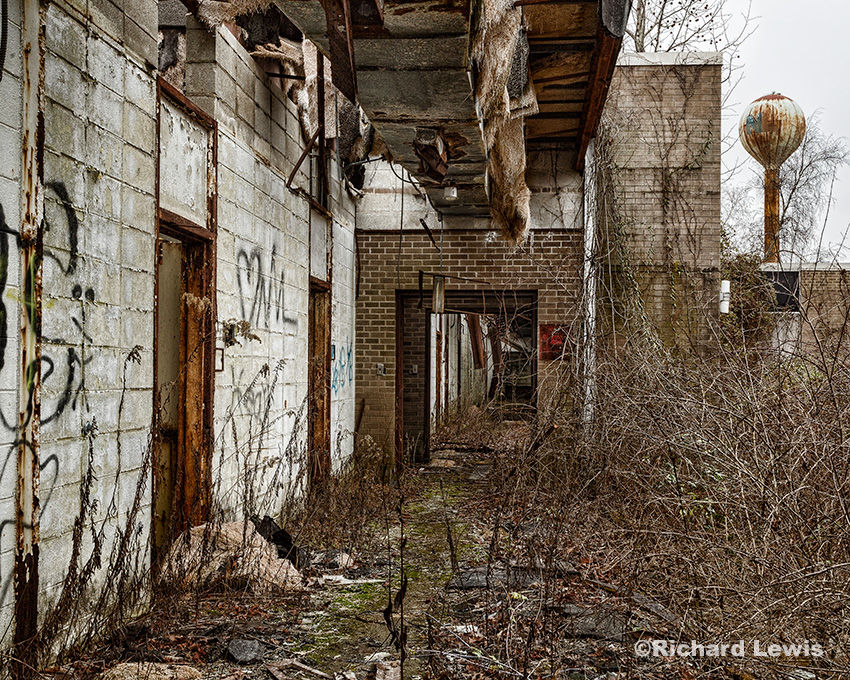 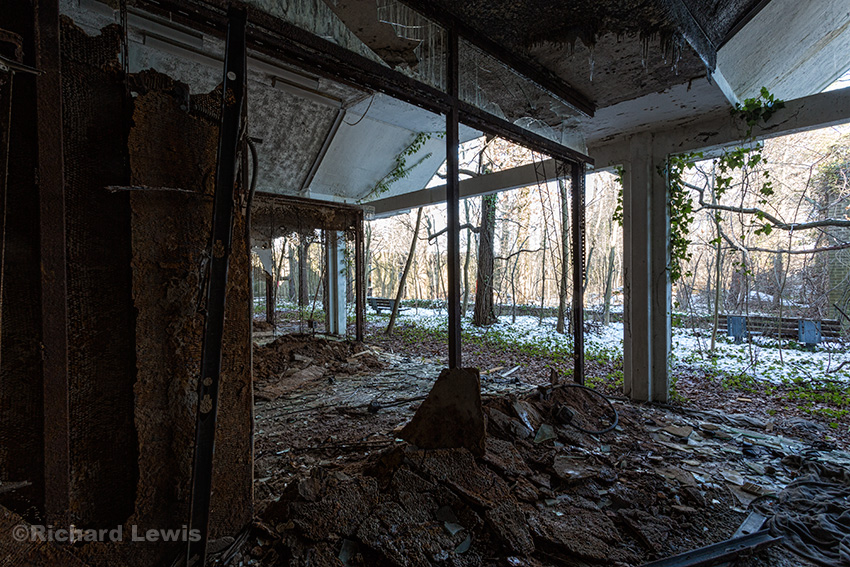 Walking through the interior spaces I wondered about the people who worked here. Were confidences high when the products of this lab were in vogue? How did that confidence erode when the company’s fortunes started to change? 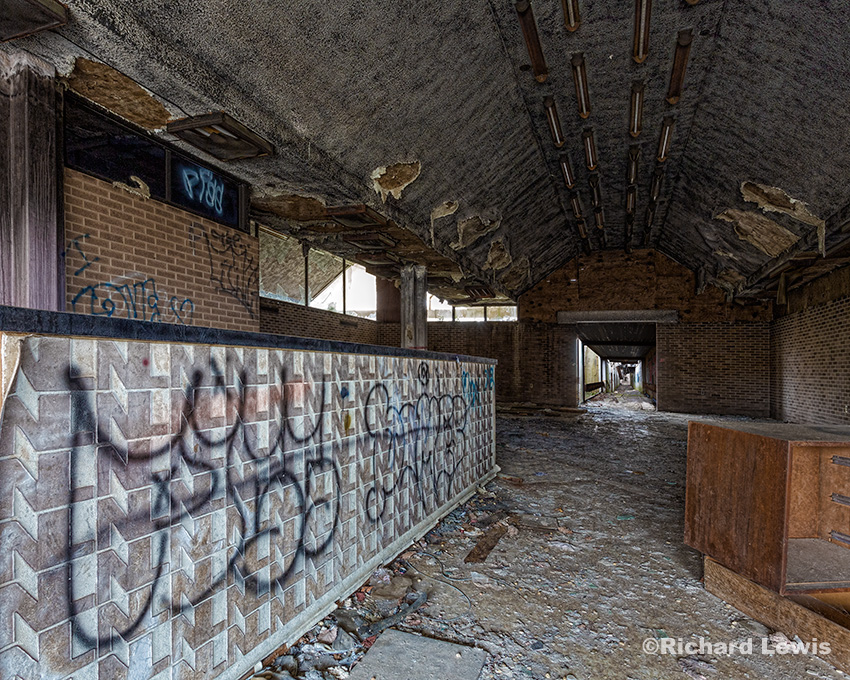 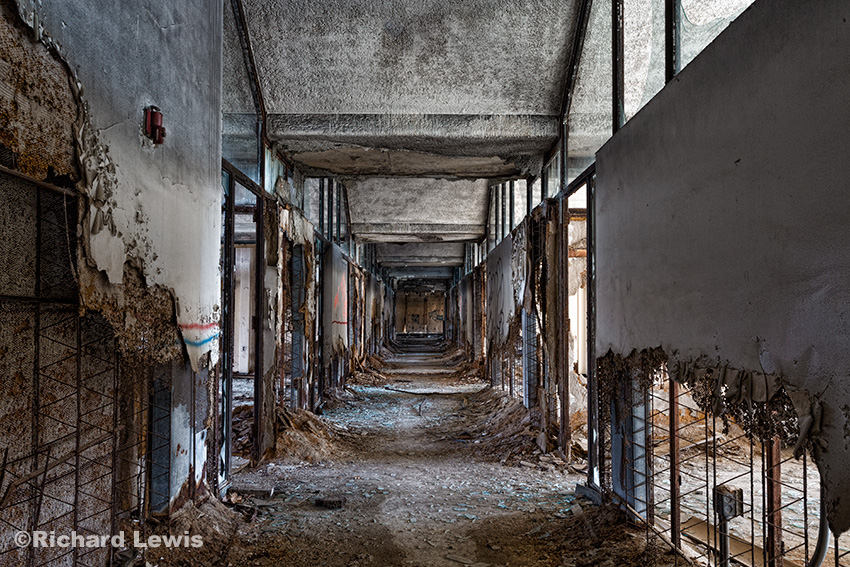 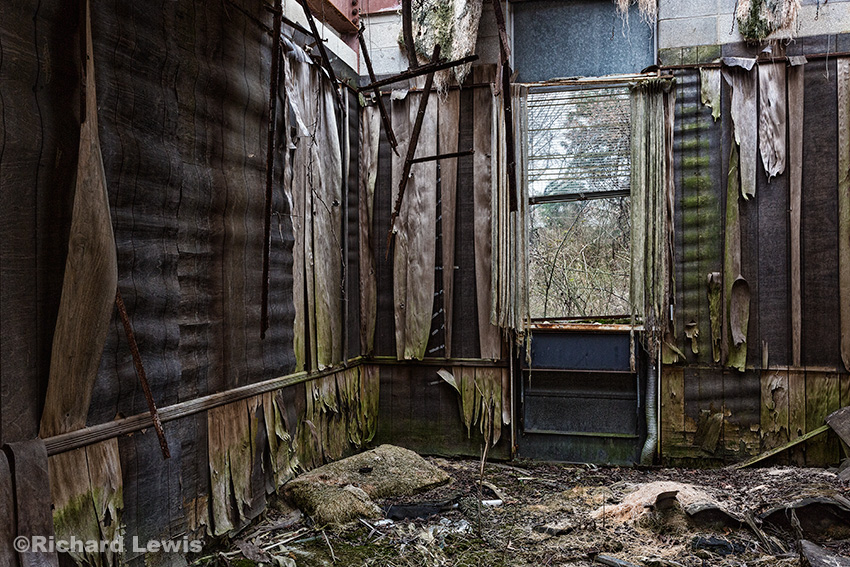 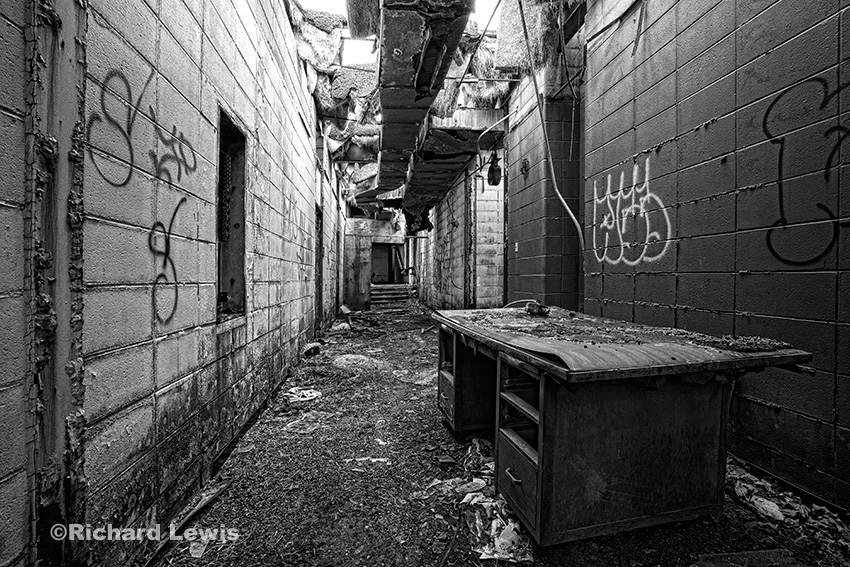 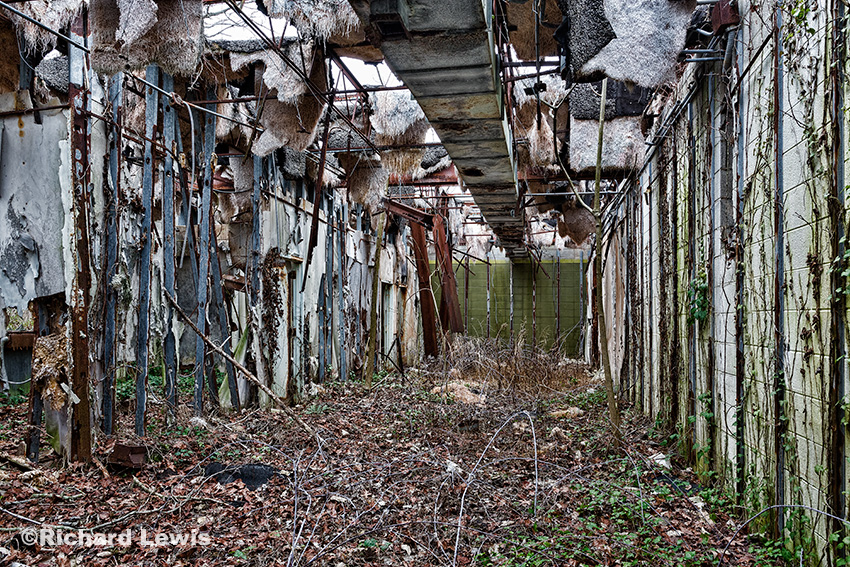 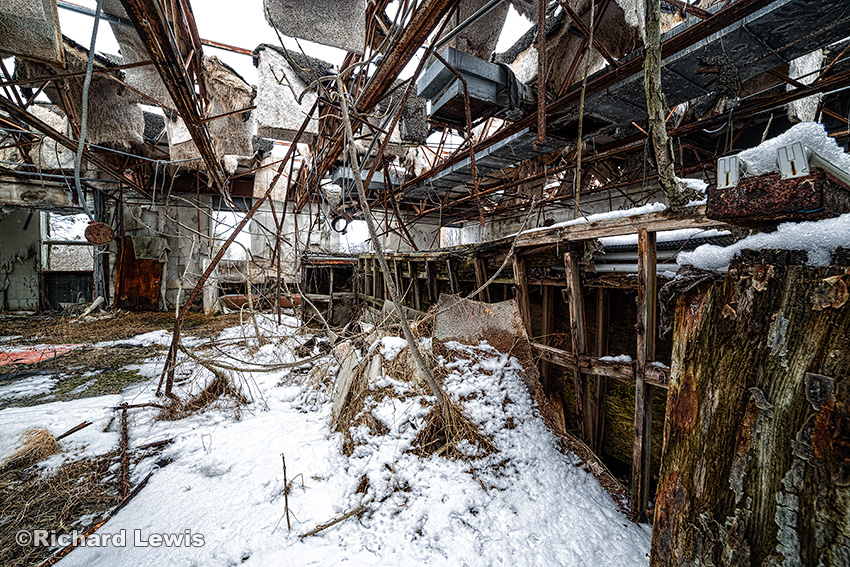 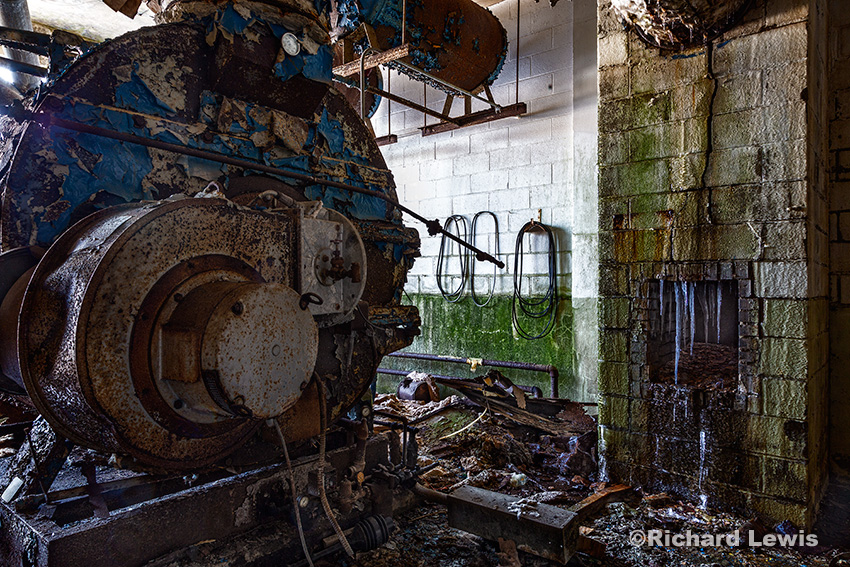 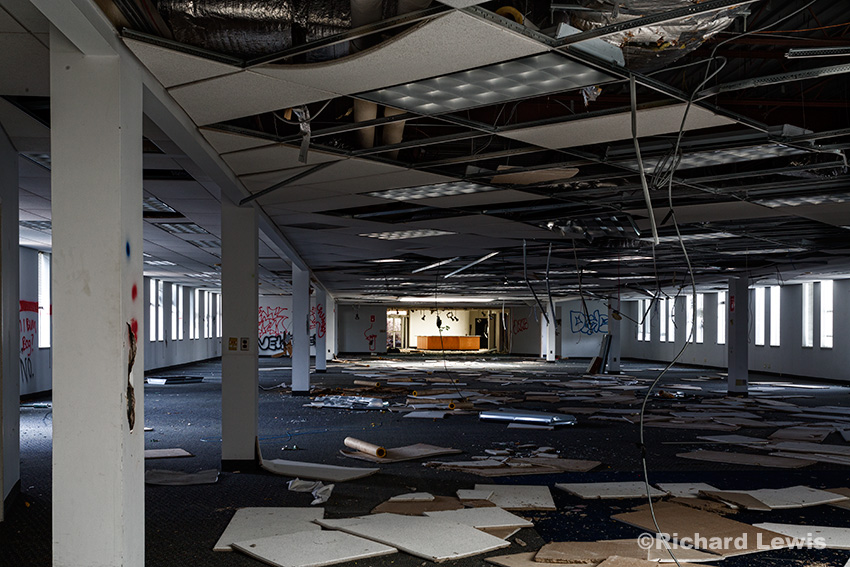 The Labs at National Lead

The laboratories were in two wings off the front of the building. The roof over them was made with a material that has deteriorated to a point where there are large holes exposing the labs to the environment. What was once expensive lab equipment is now a bunch of rusted hulks. 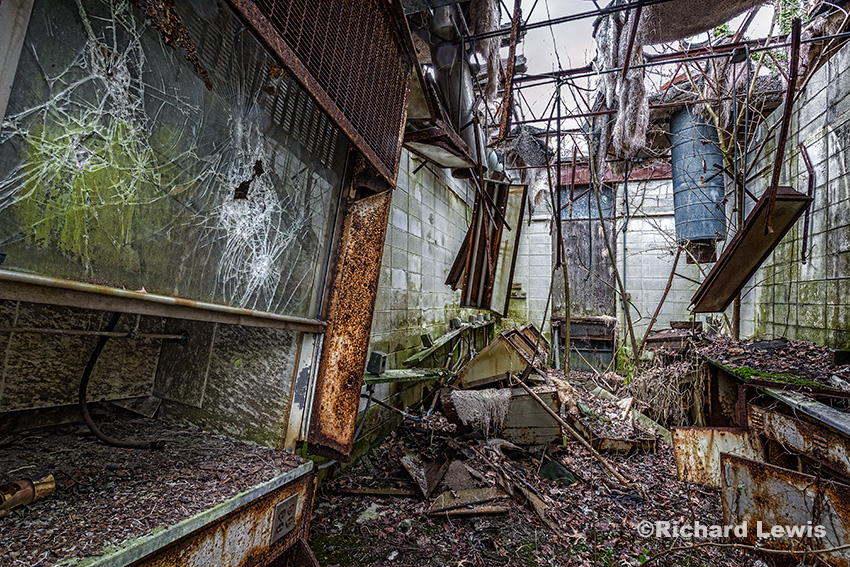 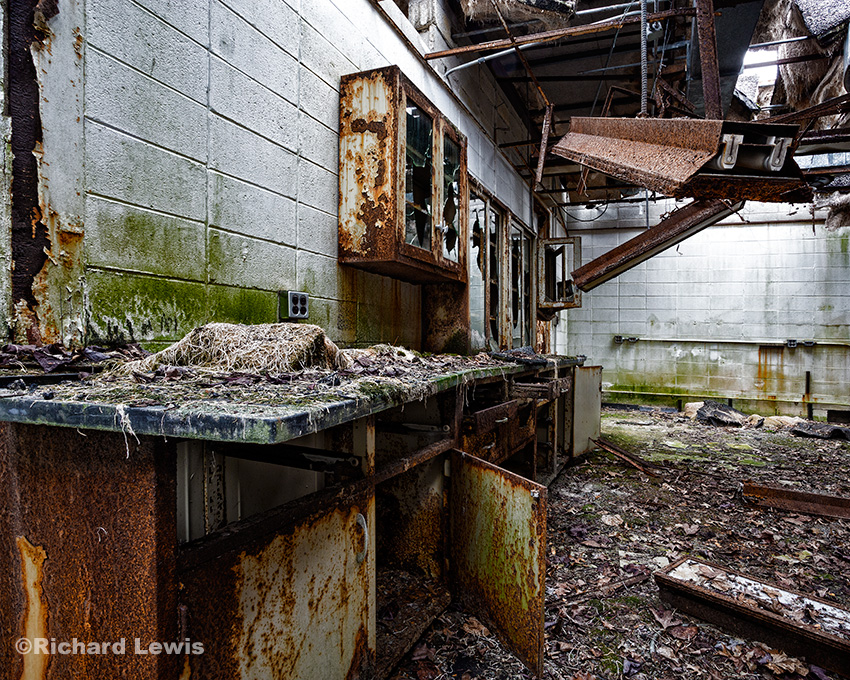 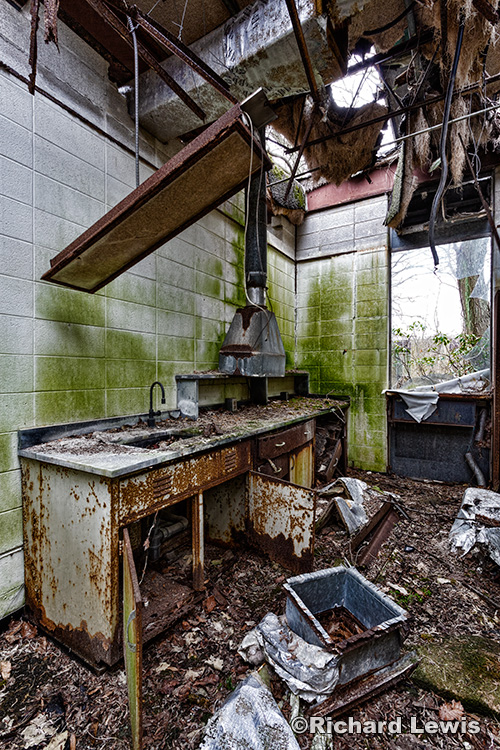 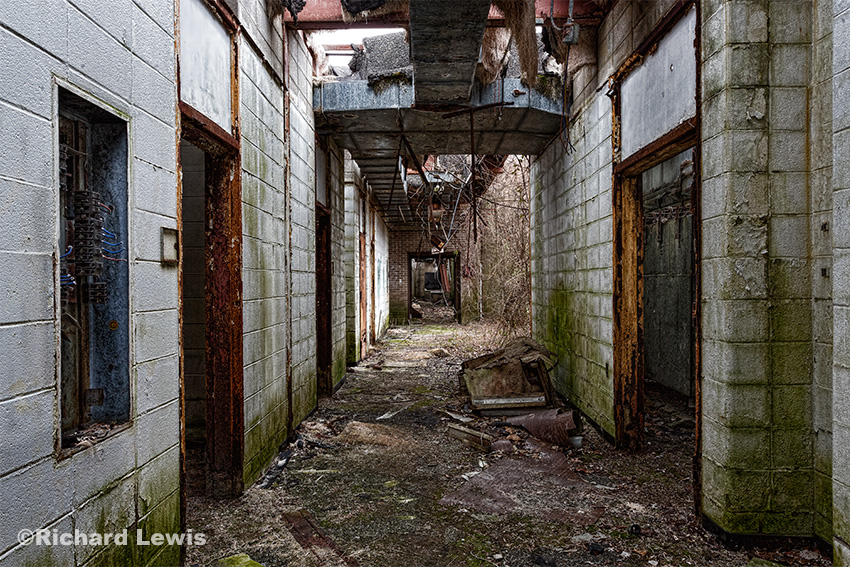 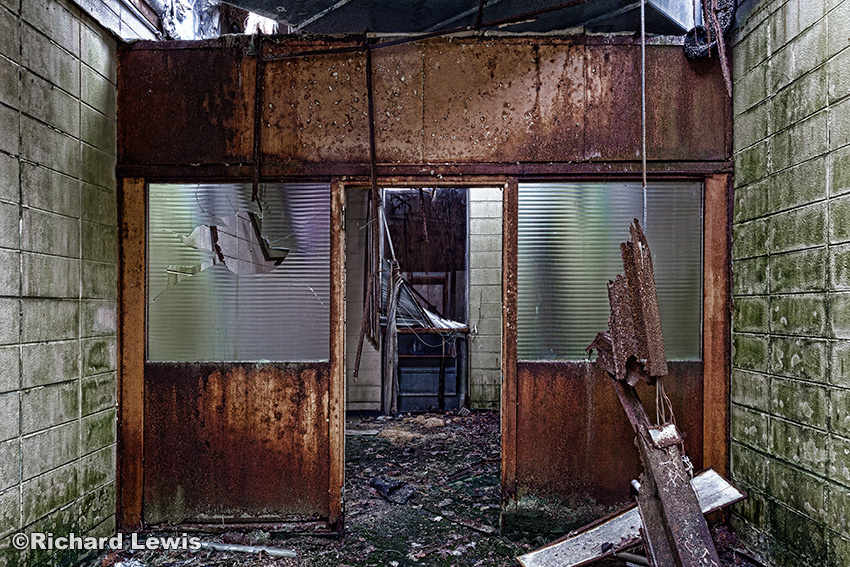 My trip through the the old National Lead laboratory was an unfortunate example of how a business that has been successful can fall apart when it doesn’t keep up with the changing world. This is a story that has repeated itself time and time again. This abandoned multi-million dollar lab facility is a fine physical remnant of bad business planning.

POSTSCRIPT 3/12/16: Recently my friend and fellow photographer, Mike Pillows posted his take on this place. Mike saw this place solely as art and has created a unique set of photographs that are very different than these. Click here to see his work at National Lead.