In the rural Southern New Jersey community of Woolwich Township are the remains of another cold war relic, Nike Missile Battery PH-58. Unlike the Lumberton site, PH-23/25 from my previous post, when this site was decommissioned in 1974, it remained abandoned and was never repurposed. Now it stands as a dilapidated, overgrown memory of a time when our military needed to defend our major cities against an attack with nuclear warheads mounted on surface to air guided missiles.

I was pleasantly surprised when the Woolwich Township Committee agreed that this site needed to be preserved photographically and gave me permission to do so. My guide was one of the town’s Committeeman named Jordan Schlump. I owe him a lot of gratitude because he happily agreed to work a photographer’s schedule, starting before sunrise on several cold mornings.

Nike missile batteries were divided into two sections. One was the Integrated Fire Control (IFC) or radar section for tracking enemy aircraft and guiding the missiles. The other was the Launcher Area where the Nike missiles were stored, maintained and would have been launched if necessary. These two sections of a Nike battery were about a mile or more apart. There were technical reasons for this, but one result was that the personnel stationed at the IFC and the Launcher Area lived separately and sometimes developed a rivalry with each other. Why not? The radar guys must have been the geeks working on computers and radar scopes while the launcher crews were the mechanics who got their hands dirty keeping the Nikes in prime flying condition.

Another difference between this Nike missile site and the one in Lumberton is that the rural farm land around it is not much different than it would have been in the 1950’s and 60’s. As I walked around PH-58, I could imagine what it was like to be stationed here. These soldiers were carrying out an important, but probably monotonous duty watching the skies for Russian bombers that, thankfully, never came. Being stationed in a rural South Jersey must have also left little for these young men to do when off duty.

The layout of this section included four radar towers and control and generator buildings. Although the site was pretty well cleaned out, there were still quite a few leftover elements of its active duty days. The site is very overgrown making exterior photographs of the buildings and towers difficult, if not impossible. 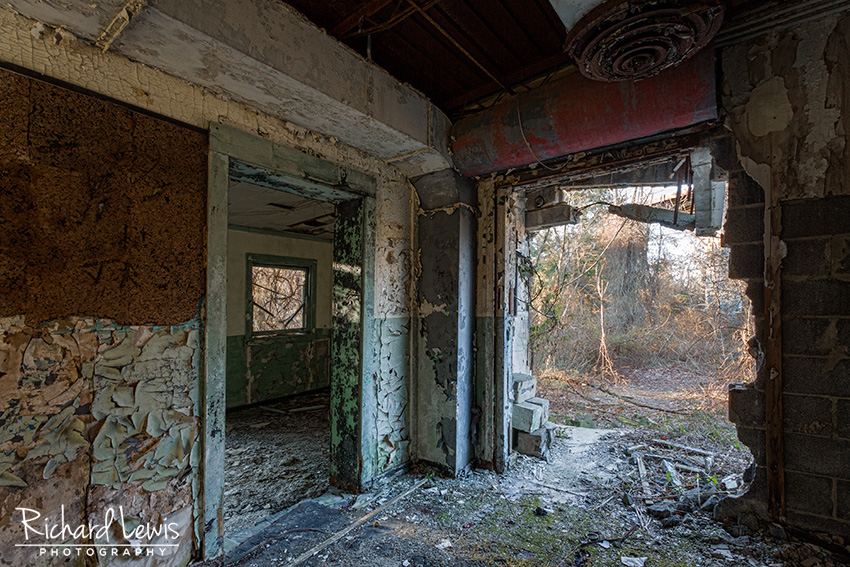 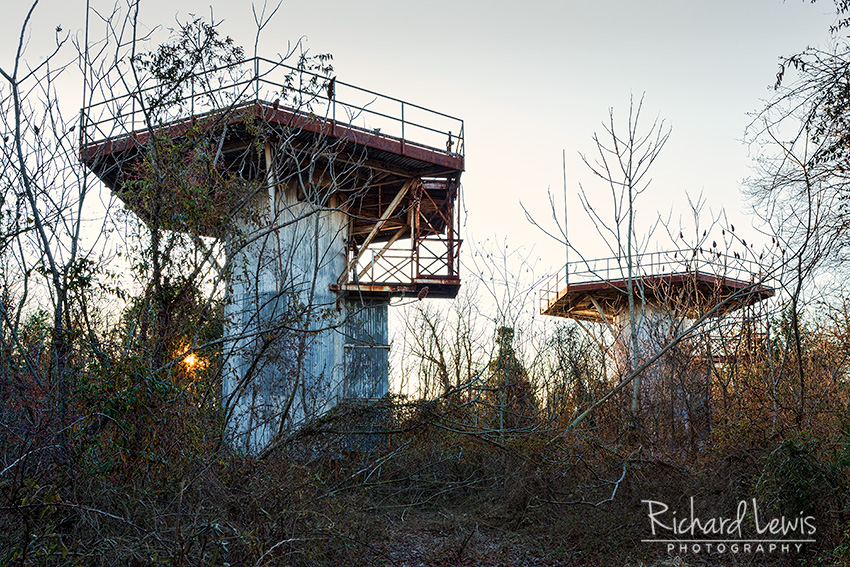 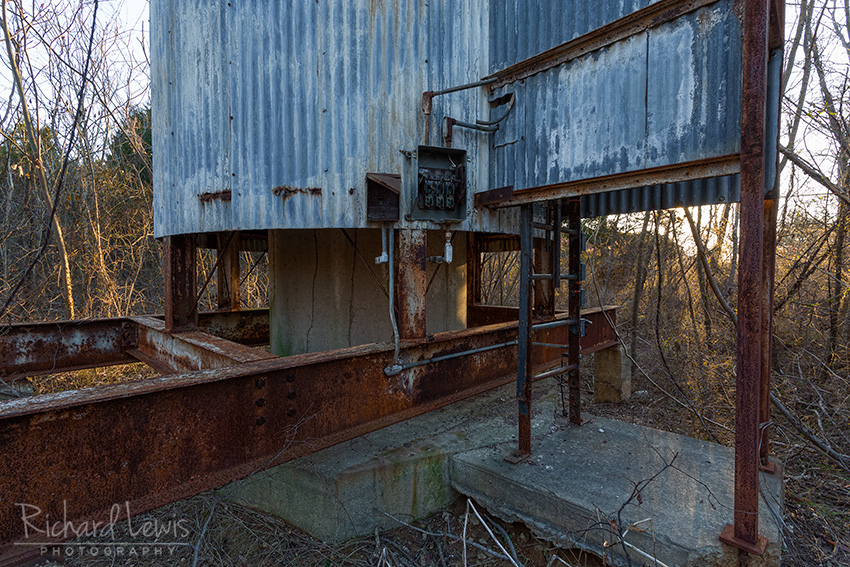 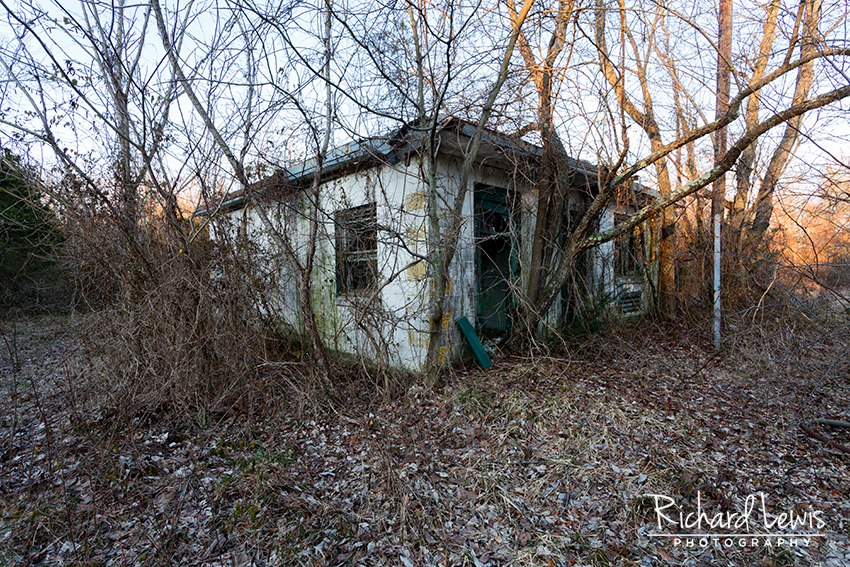 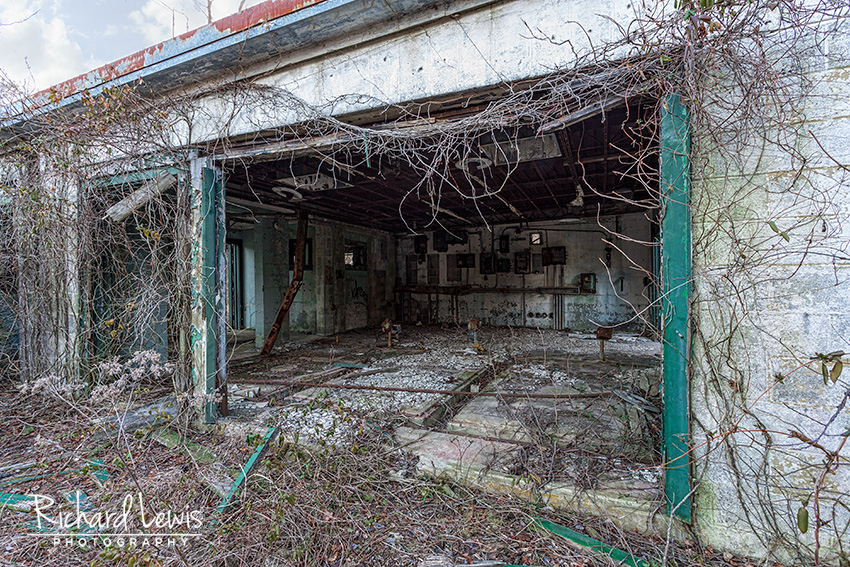 Right next to the IFC is the barracks and administrative area which has three simple, one story buildings that contained the headquarters, mess hall, living quarters and other services for the soldiers stationed there. Again, overgrowth around the buildings made it impossible to photograph the exteriors. 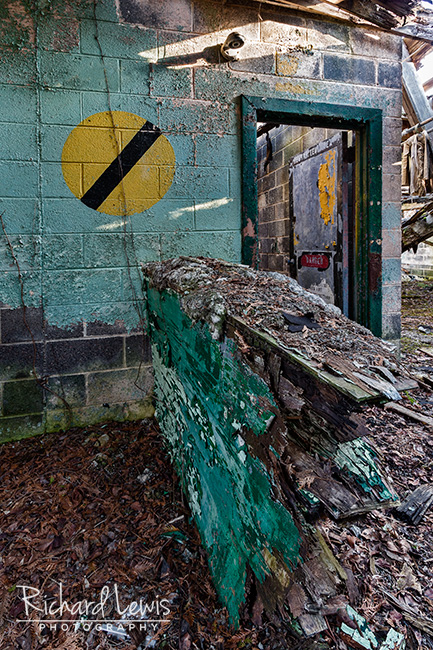 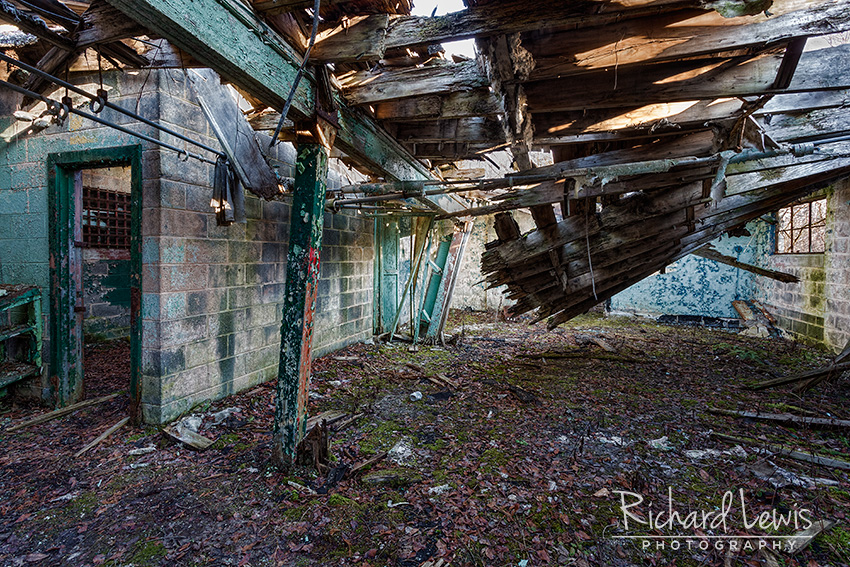 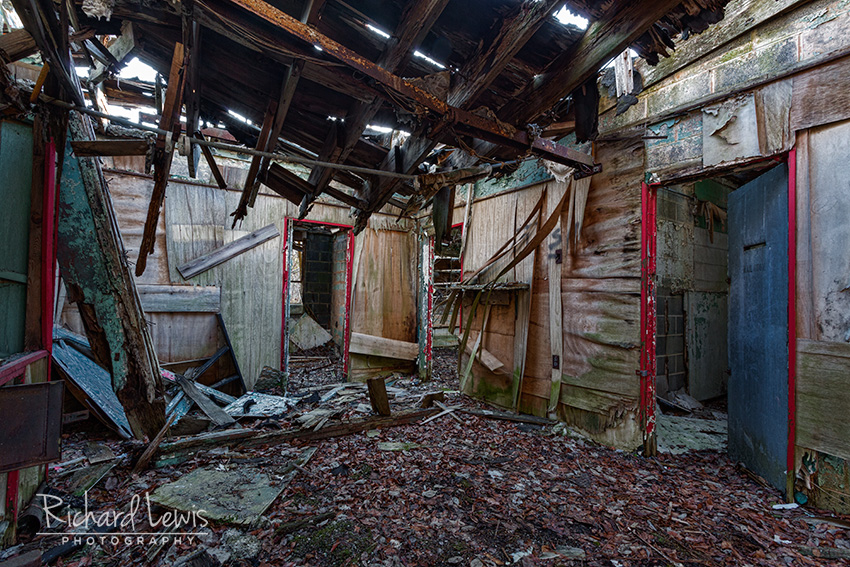 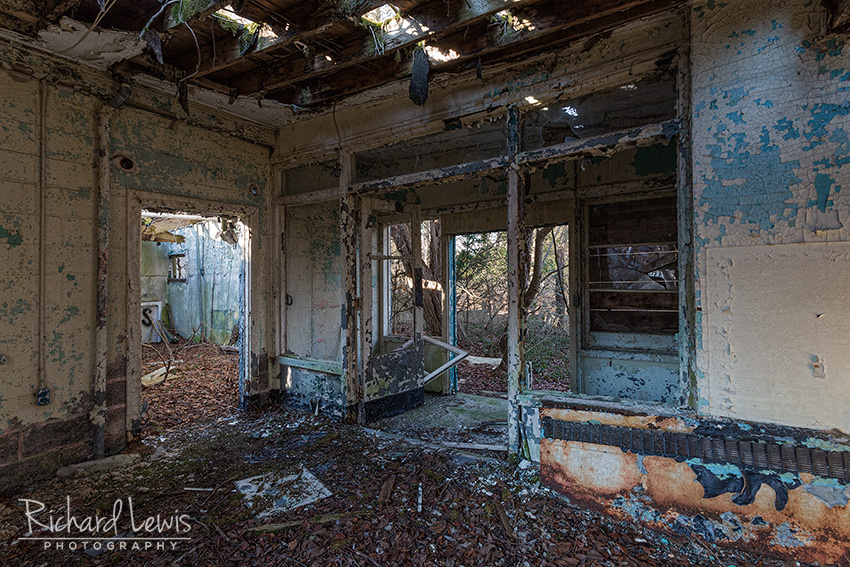 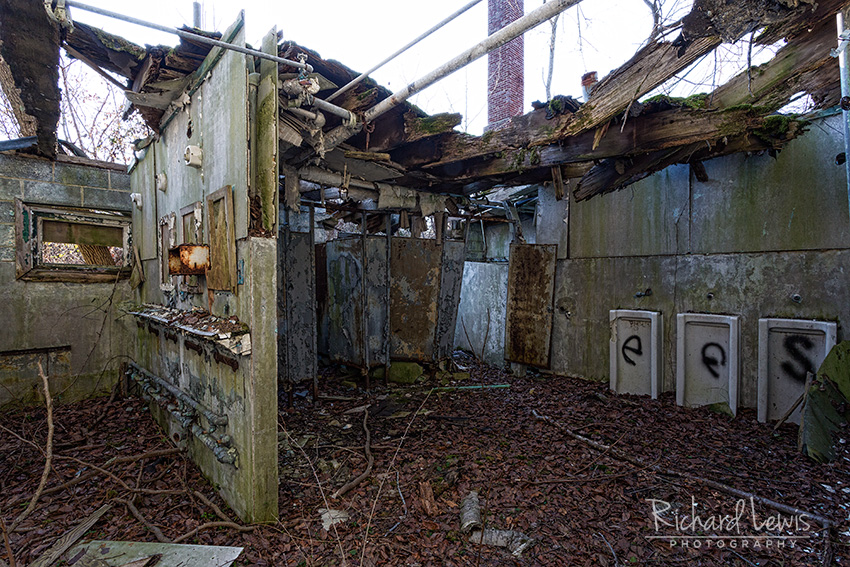 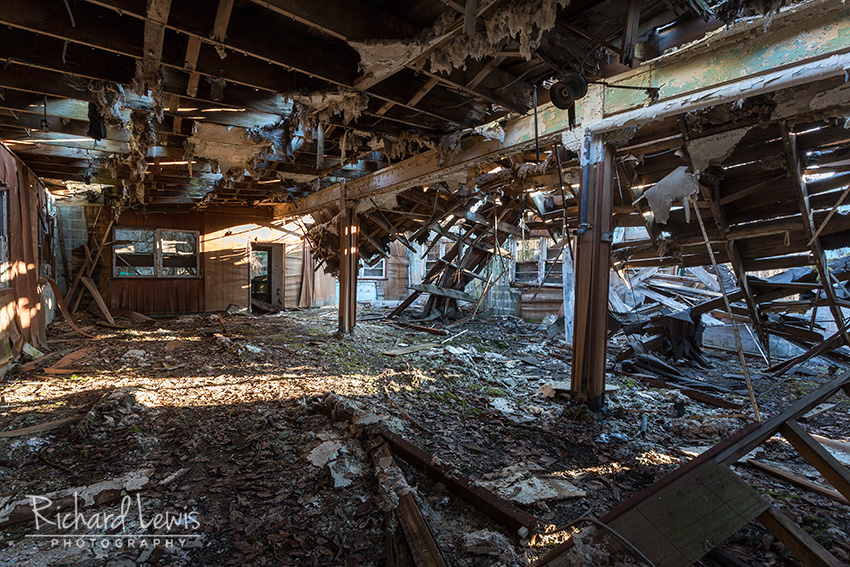 The Nike missiles were stored underground in large missile magazines. They would have been brought up to the surface for launching on large elevators. Security around the magazines was tight. In addition to armed soldiers, guard dogs roamed the area at night. 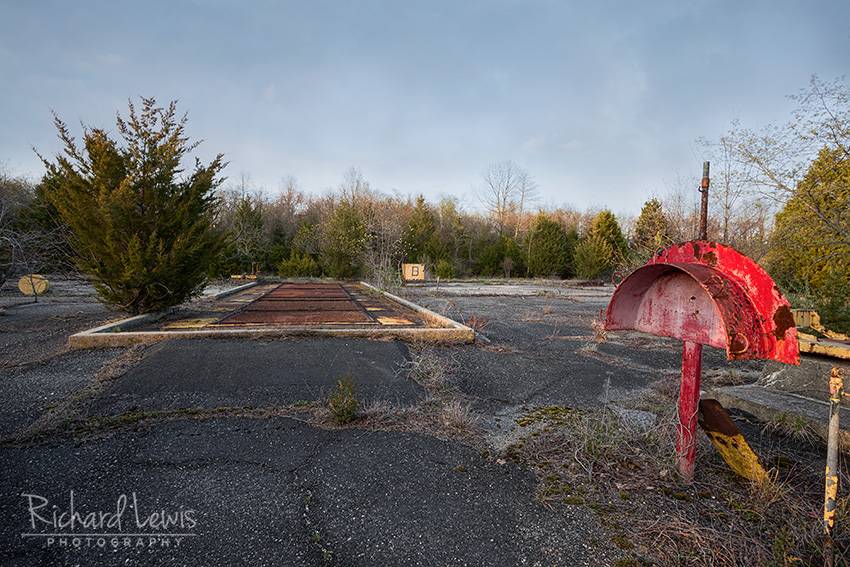 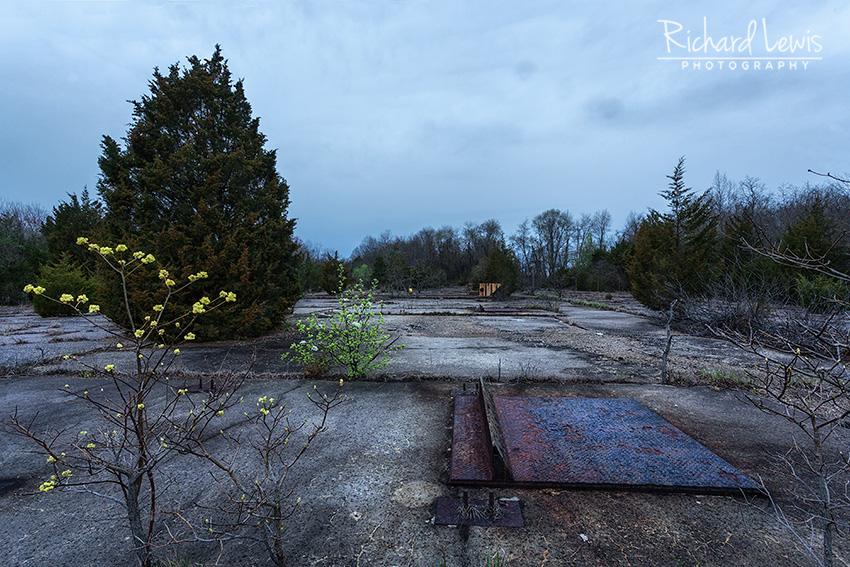 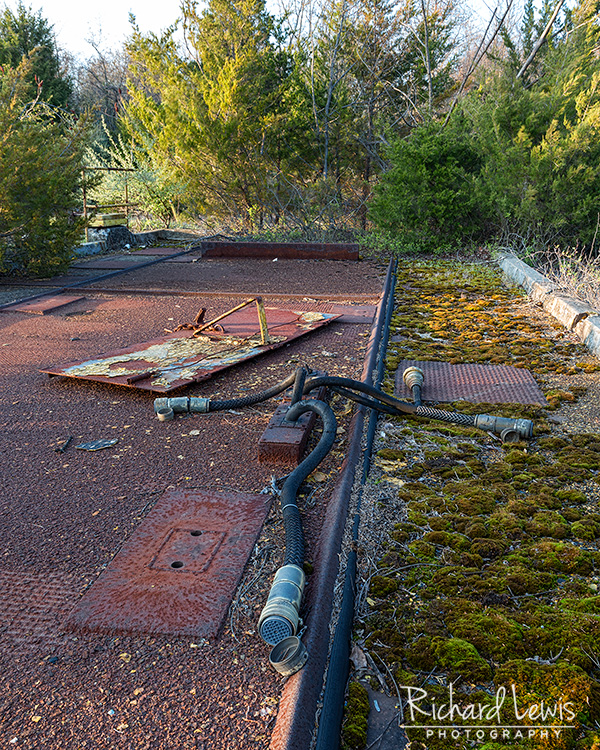 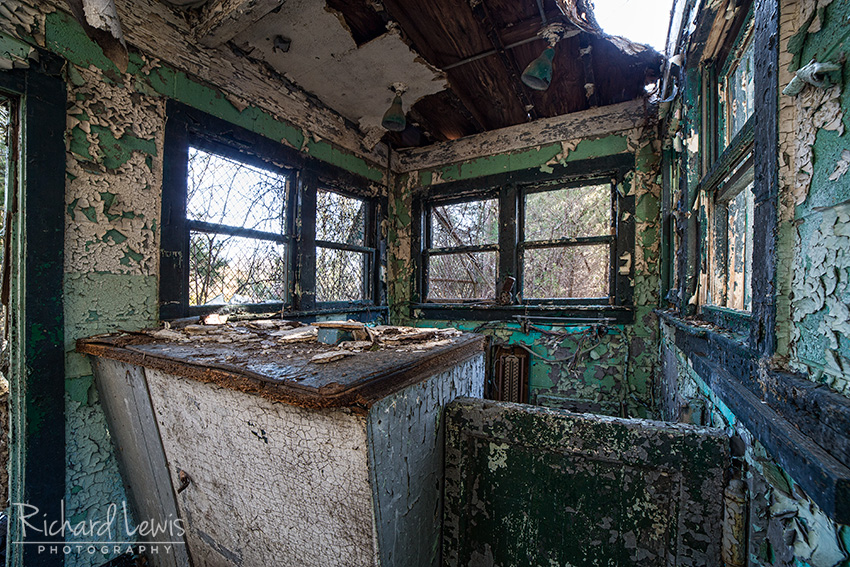 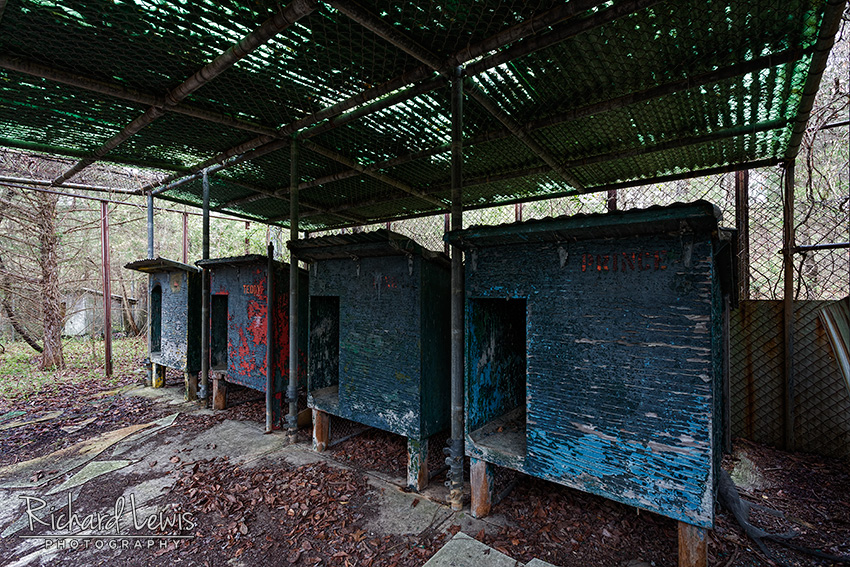 This building would have been where the Nikes were assembled and maintained. They would then be moved to the Warhead building to be armed. 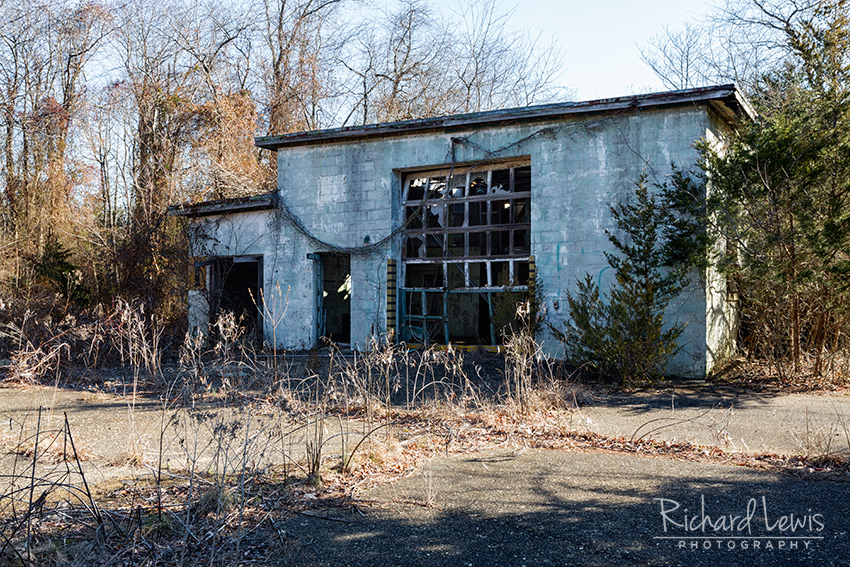 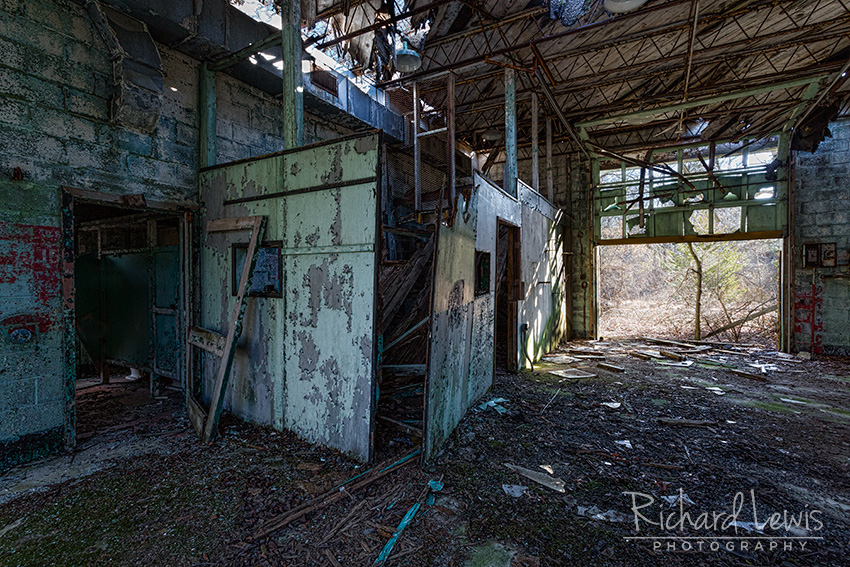 The Launcher Section – The Warhead Building

This simple building would be used to arm the missiles. It was surrounded by a high dirt berm in order to help contain an accidental explosion. While that berm would have worked in the early days of the Nike missile program, one wonders how much help that berm would have been once the Nikes went nuclear. 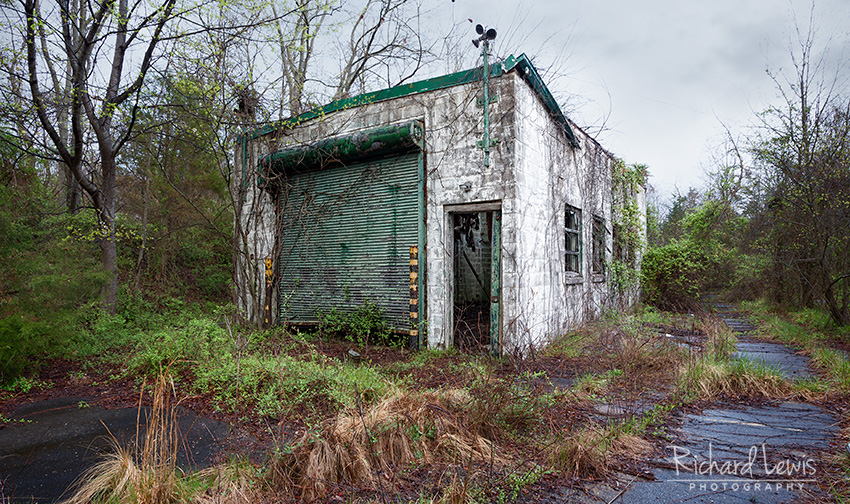 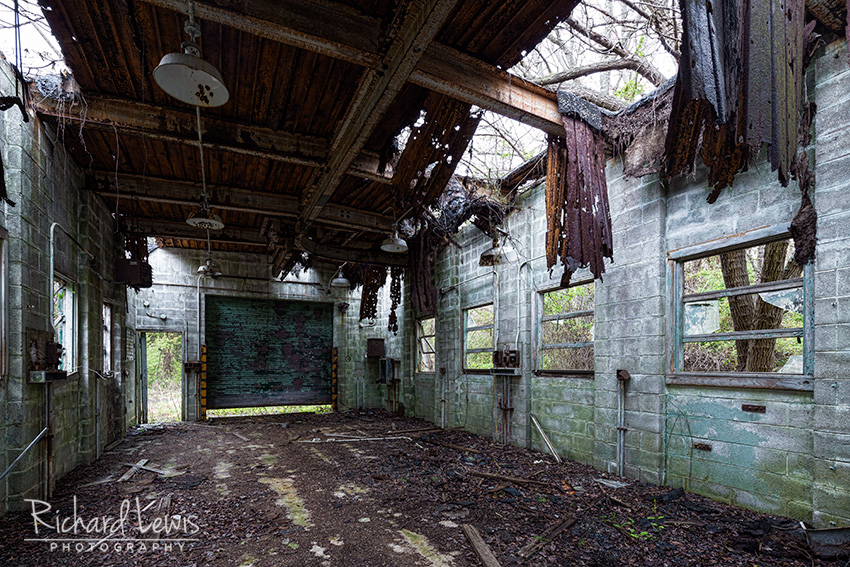 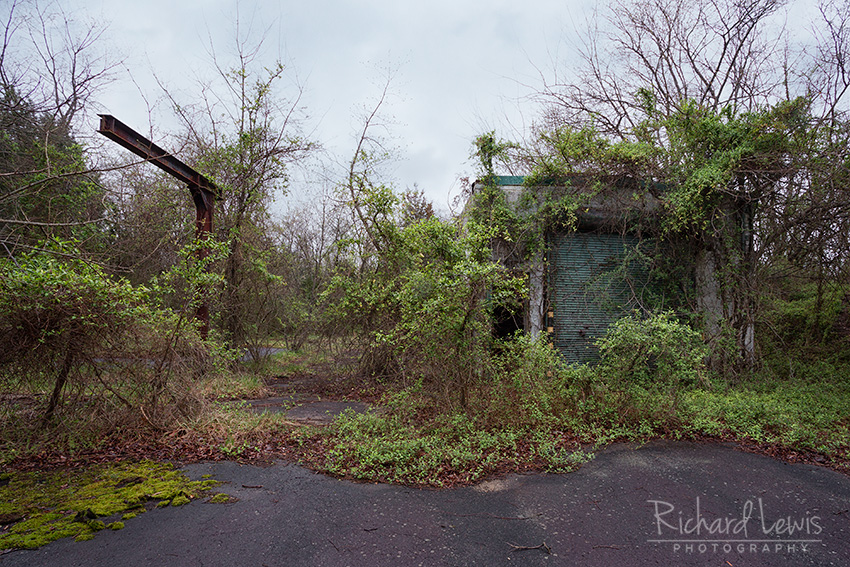 The Launcher Section – Other Buildings

There were other buildings in the launcher section including a Ready Building with rooms for meetings, arms storage and one of the few restrooms. There was also a barracks, generator building, chemical storage building and a water filtration plant. 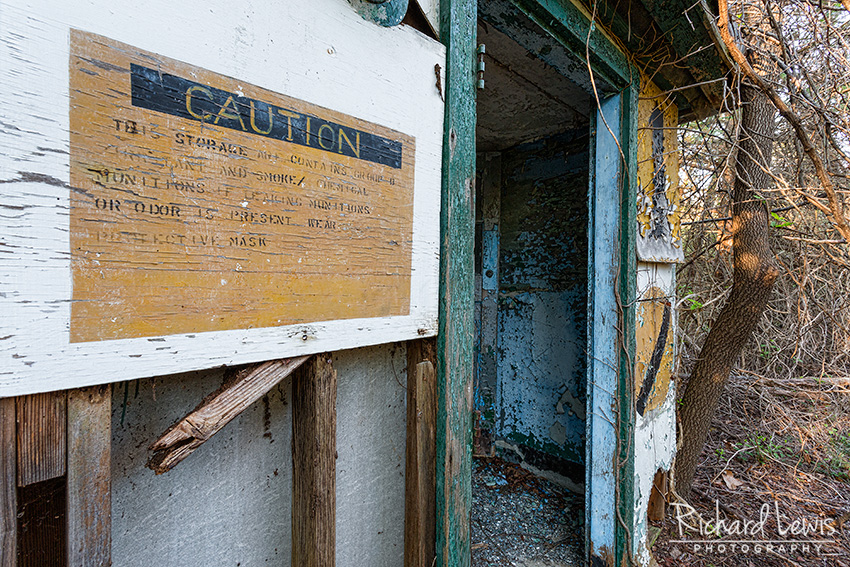 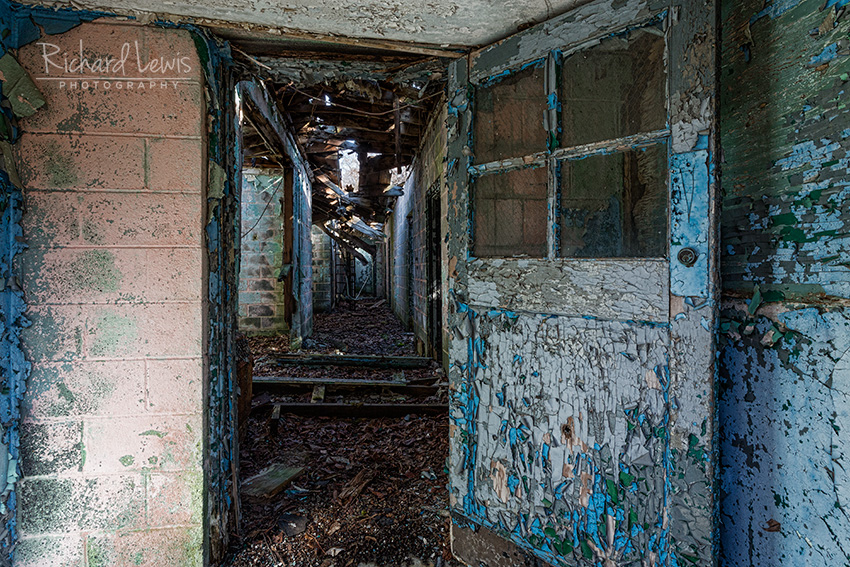 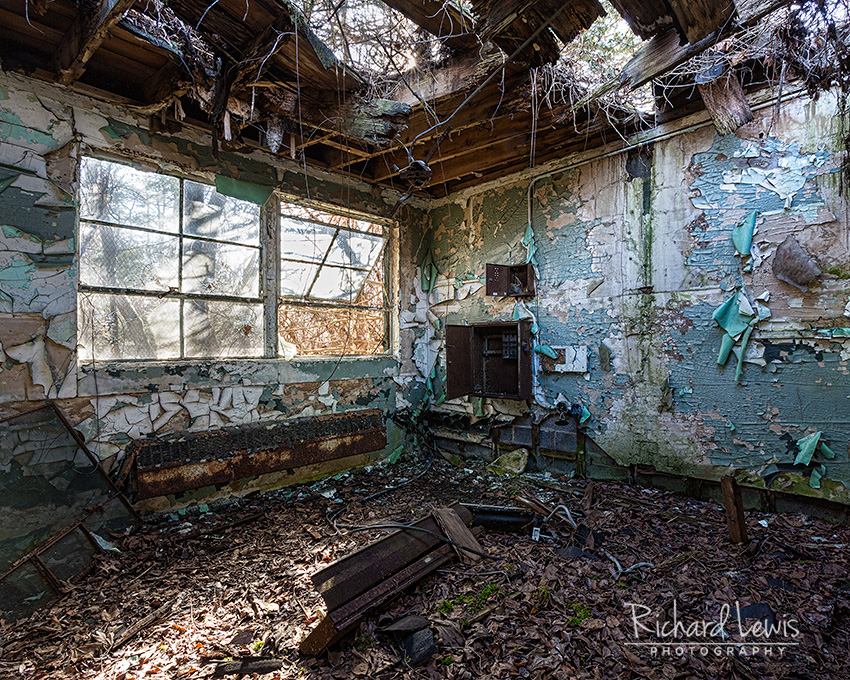 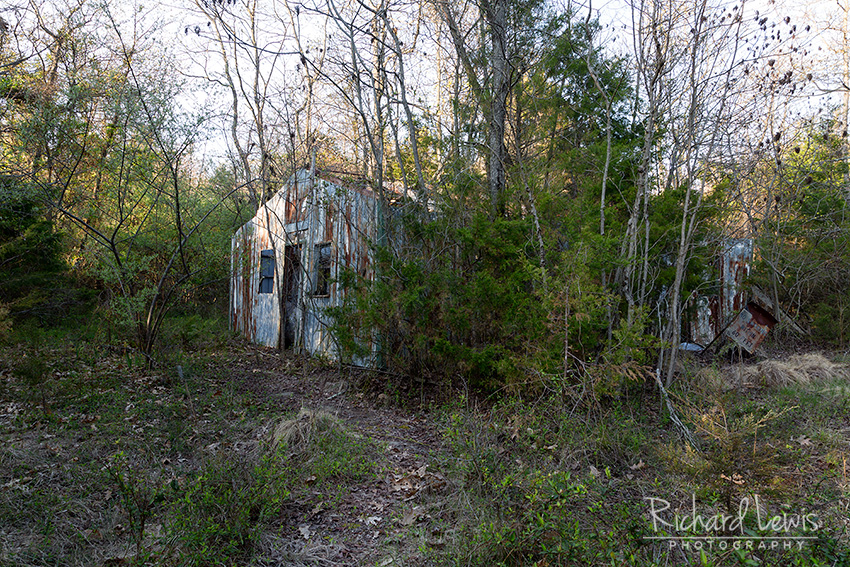 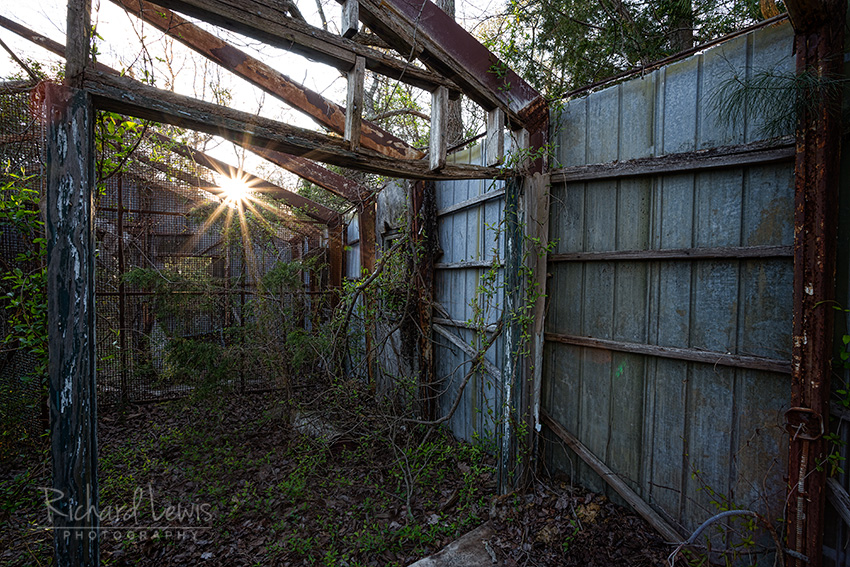 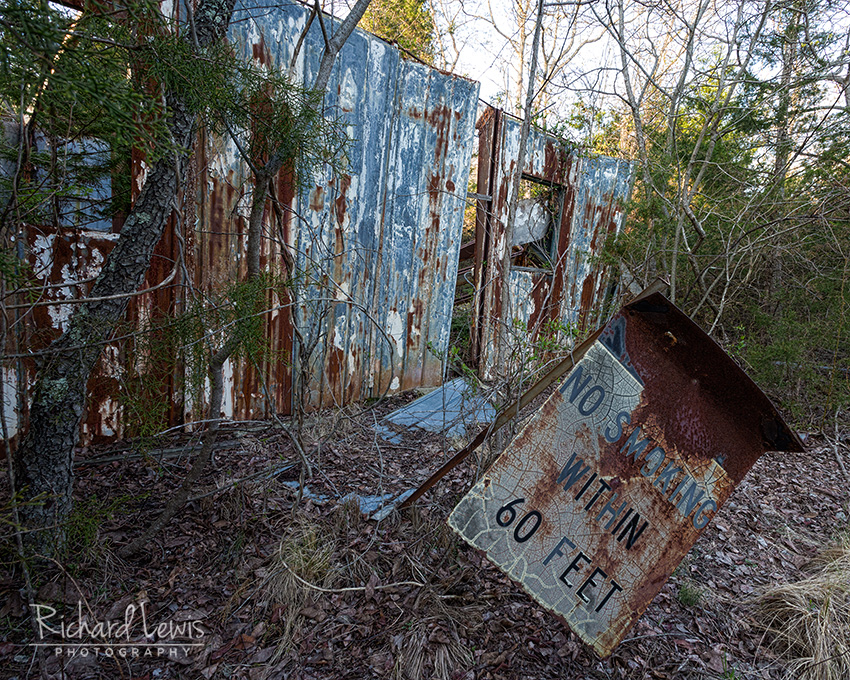 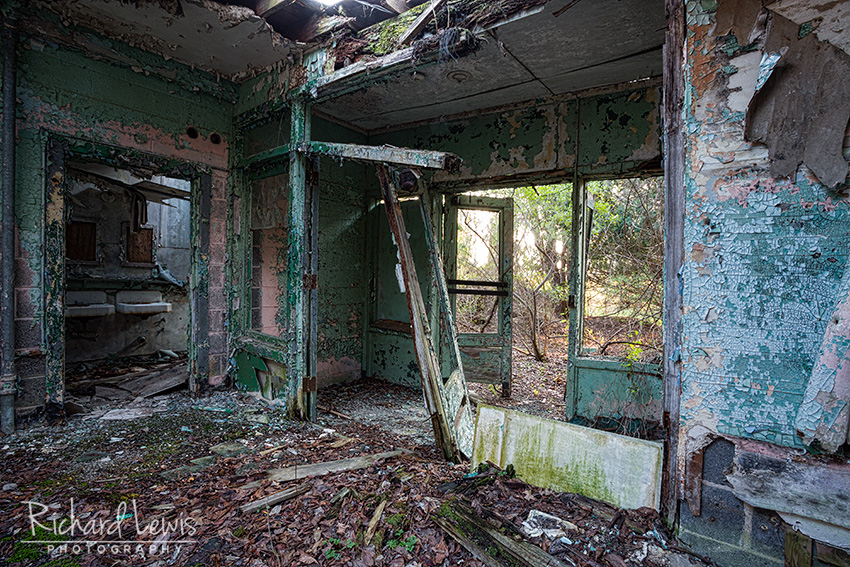 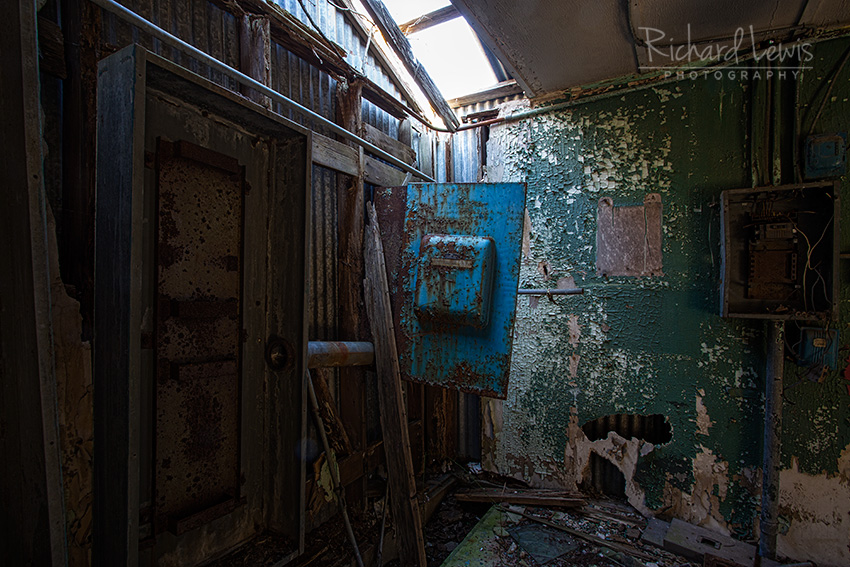 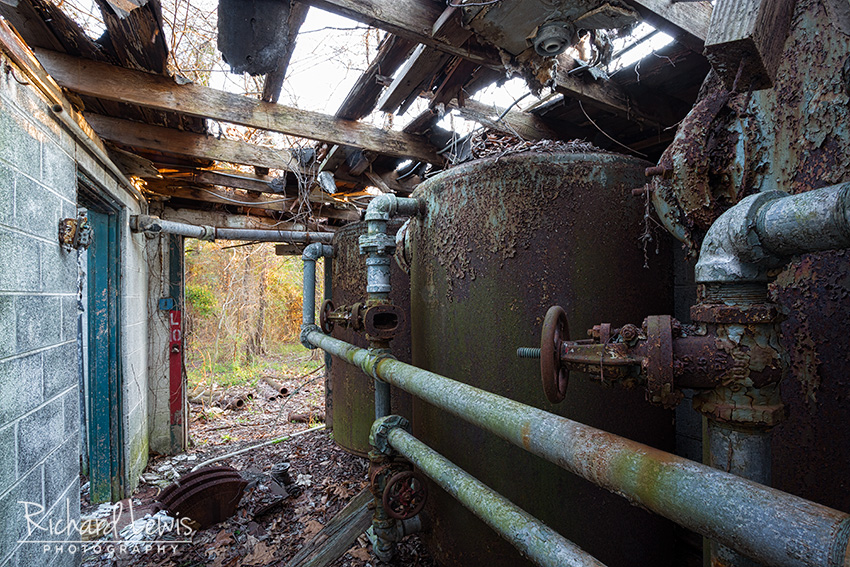 The soldiers of the cold war were tasked to defend our nation against the threat of a nuclear holocaust that was unprecedented in world history. The Nike missilemen at PH-58 and other missile batteries were the last line of defense. Using sophisticated radar and nuclear guided missiles they guarded our cities and industrial centers from Russian bombers carrying atomic bombs. The fact that our military was willing to detonate a nuclear device over US soil shows how desperate we were during the cold war to defend our country. If these soldiers were called to actually practice their craft, the world would have been in the gravest of situations.