I had posted photographs from this mansion earlier and was going to make it a series with several parts, Instead, I’m creating a new post with more information and photography.

The McNeal mansion was built around 1894 in Burlington, New Jersey as the dream house of a local industrialist named Andrew McNeal. It sits along the Delaware River next to his successful cast iron pipe foundry. At the time, his home was one of New Jersey’s crown jewels.

A few years later in 1899, that jewel lost some of its luster when McNeal sold his company and the mansion became the corporate offices of the new owners, the US Pipe Corporation. Over the years the company added three wings to the building. The mansion started looking less like a home and more like an office building with some really nice architectural features.

As market conditions and economies changed, US Pipe shifted its home base and manufacturing facilities around. The McNeal Mansion was relegated to the role of a regional sales office and then ultimately abandoned in 1975 as the company scaled back its New Jersey operations.

In the ensuing years, fire, vandalism and neglect has caused the ill-fated McNeal mansion to fall into a terrible state of disrepair. Even though it is listed on the New Jersey Register of Historic Places, it may be beyond restoration. At the moment, the only good thing going for it is a fence around the property with a main gate located in the parking lot of a police station.

When I entered the mansion for the first time, I was greeted by a state of total devastation like I have never seen before. It looked like the aftermath of a battle. Nothing seemed salvageable. The fine architectural details are ruined, rotted or broken. The walls, ceilings and floors are crumbling, and even the graffiti is worn and faded.

The McNeal mansion is extremely well built with solid walls and a steel frame. “Good Bones” is what the architects call it. However the price tag to restore the mansion is estimated at about $5,000,000, so redevelopment of the property will probably mean the mansion will be demolished.

I thought it was important to create a photographic record of the interior to show how elegance can fade to a state that is almost beyond recognition. You can take the photographic tour below.

An interesting thing about the rooms in the McNeal Mansion is that they are large and no two seem to be alike. Each room has a unique fireplace made with different kinds of tile and woodwork. 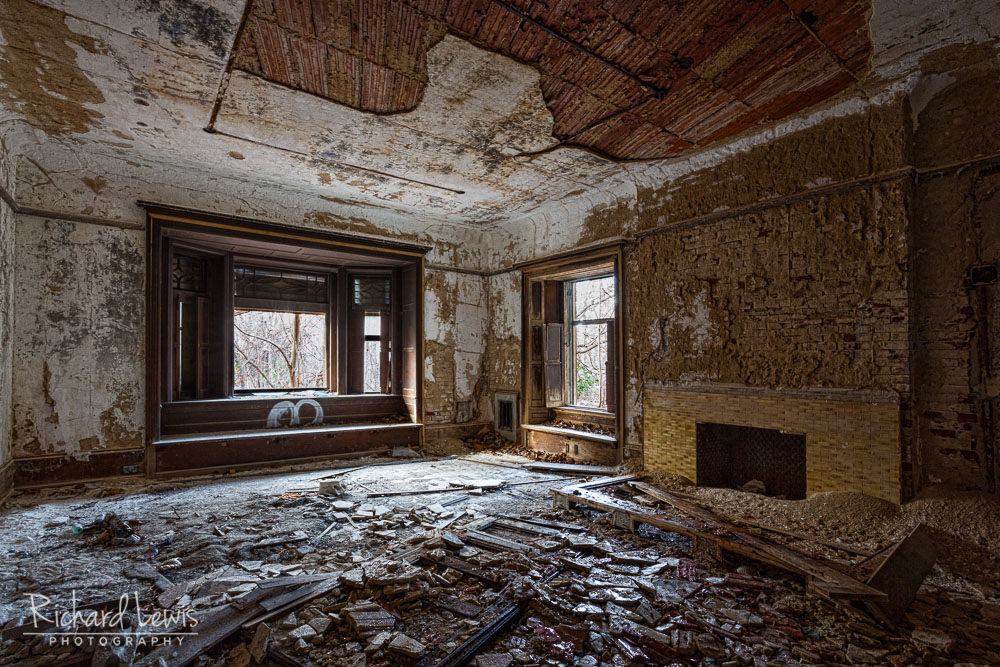 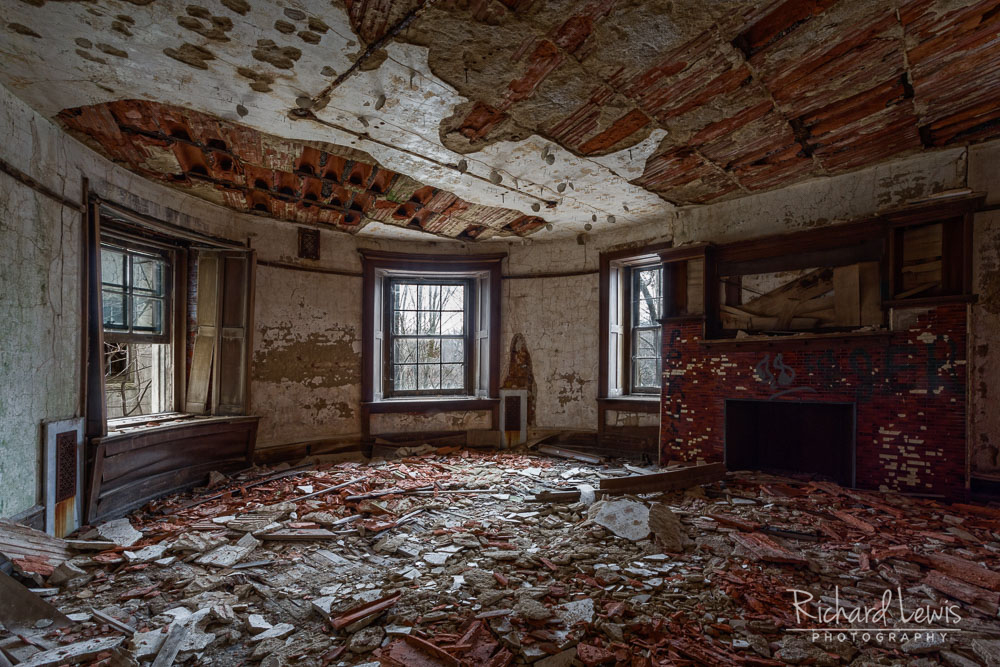 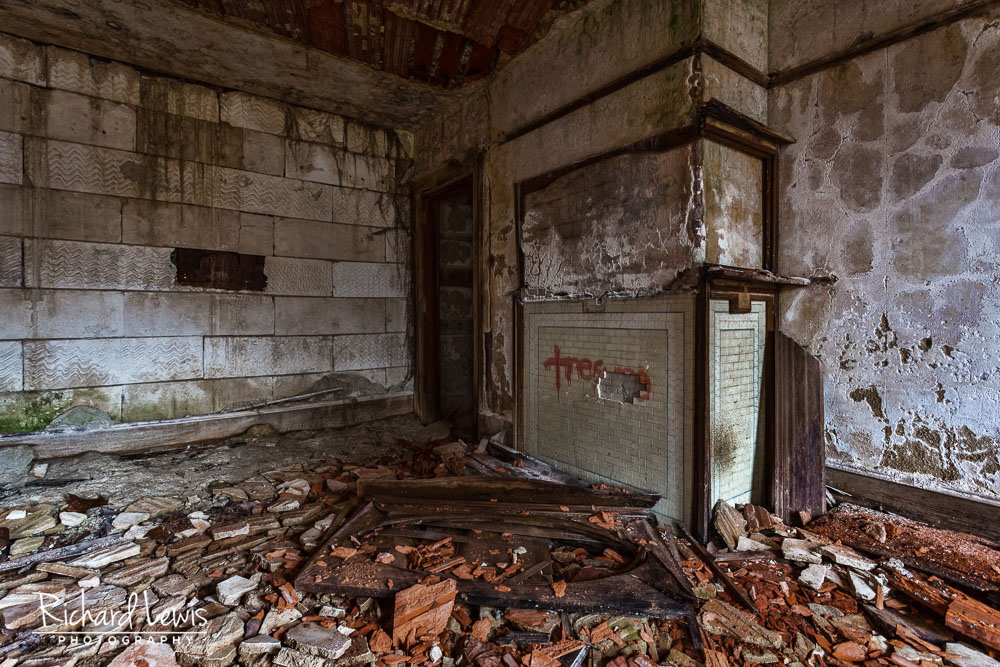 Room With A Small Fireplace by Richard Lewis 2016 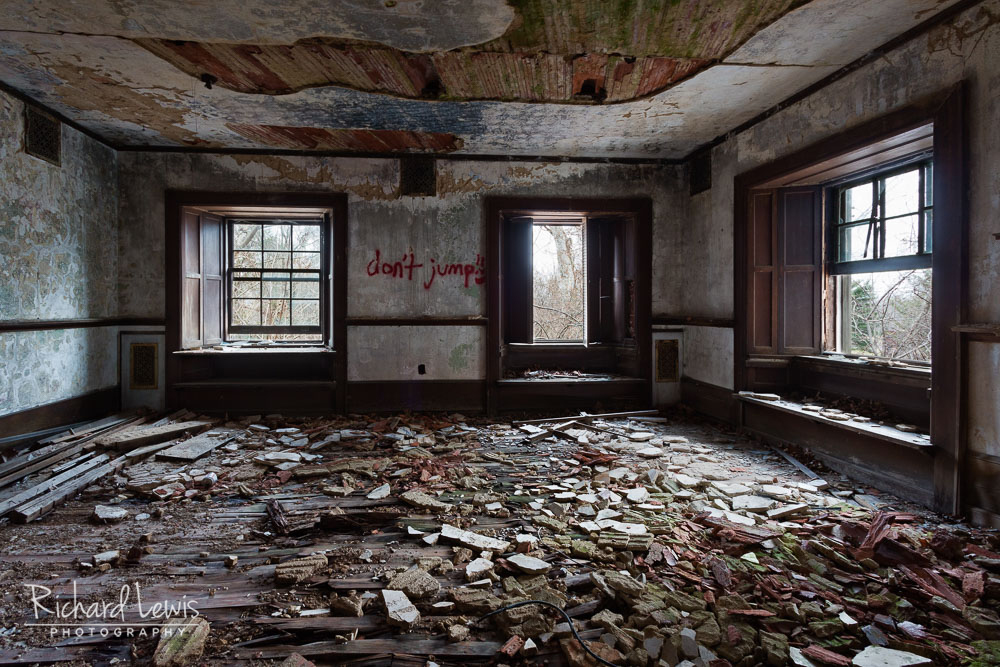 Fire and decay have ruined this once spectacular, three story wooden grand staircase. 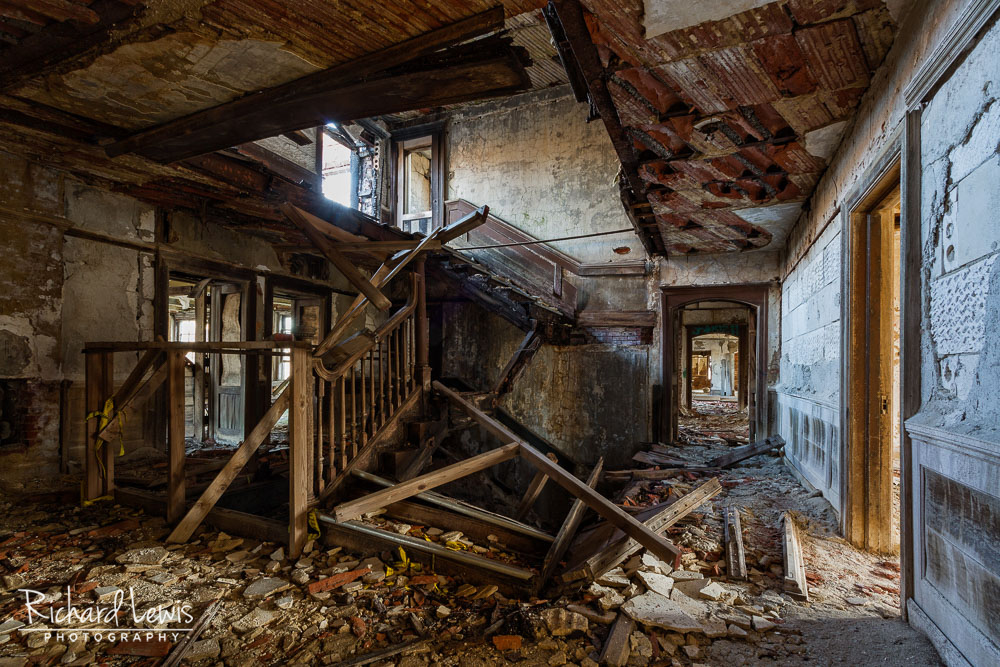 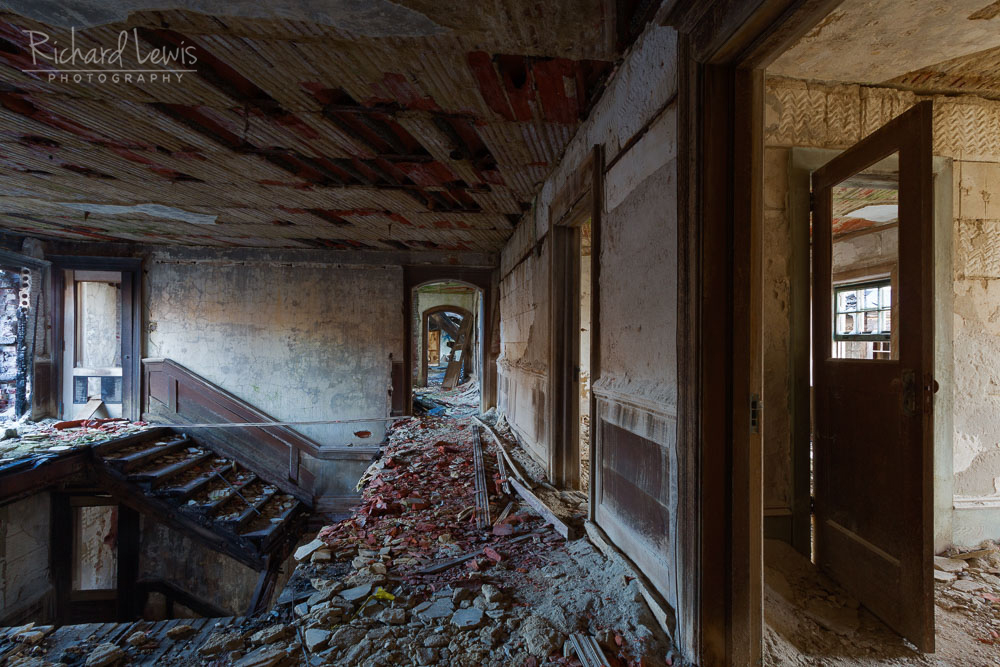 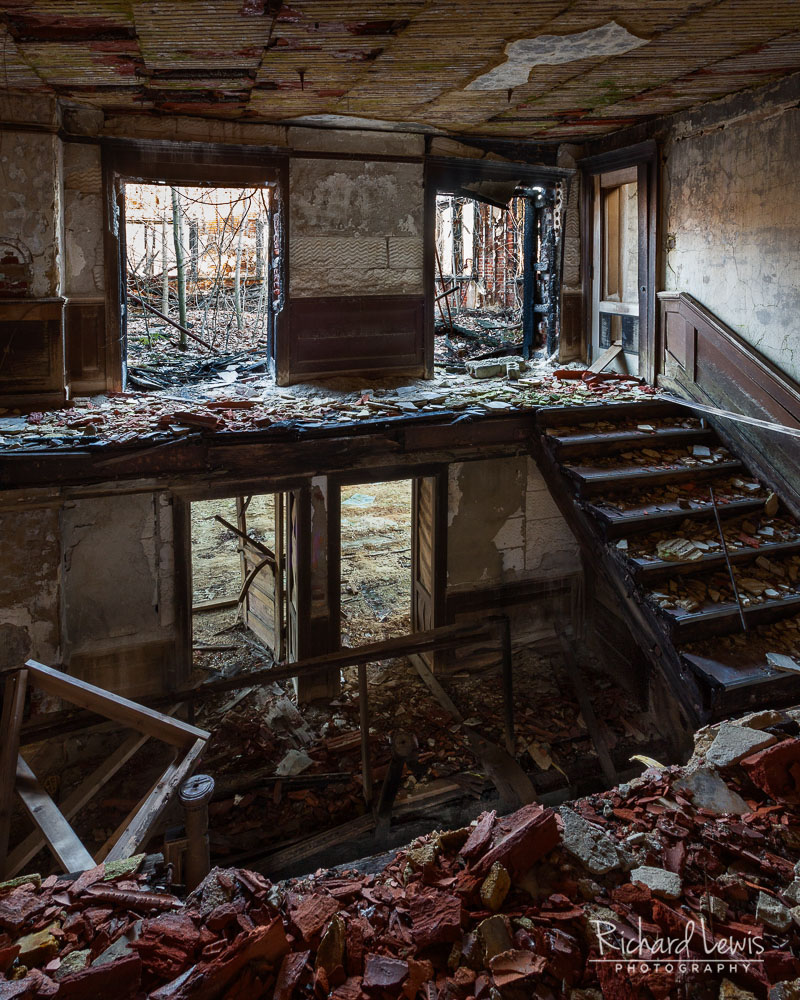 Through out the McNeal mansion there are many different styles of windows and doors that provide unique views of the overgrown grounds and the sorry state of the mansion’s decay. 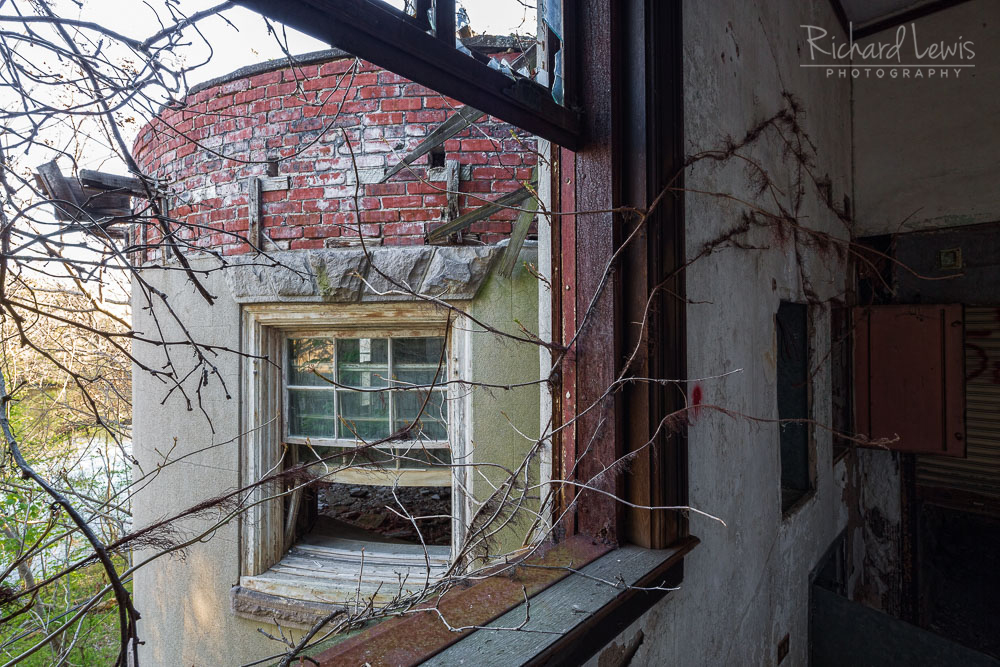 View Towards The Delaware River by Richard Lewis 2016 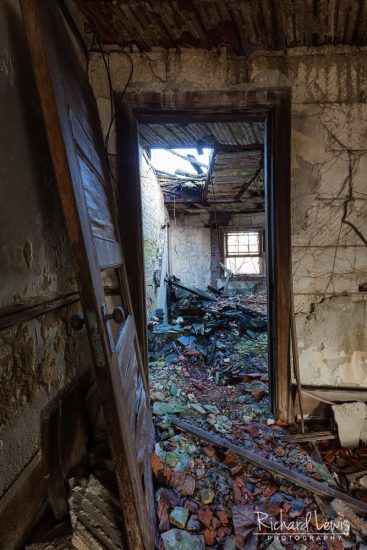 Doorway To Devastation by Richard Lewis 2016 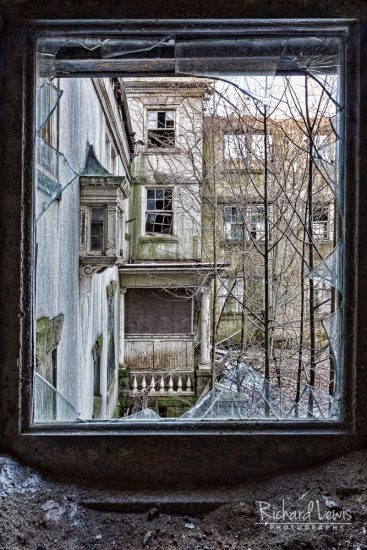 Window On Devastation by Richard Lewis 2016 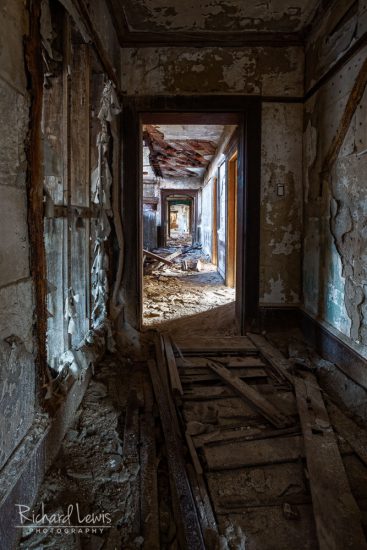 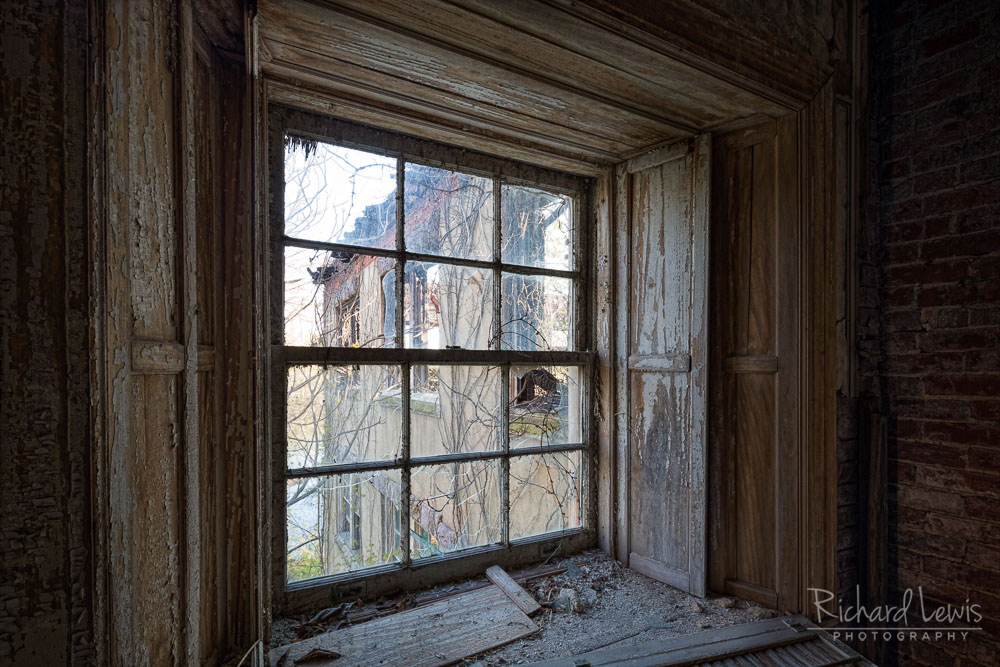 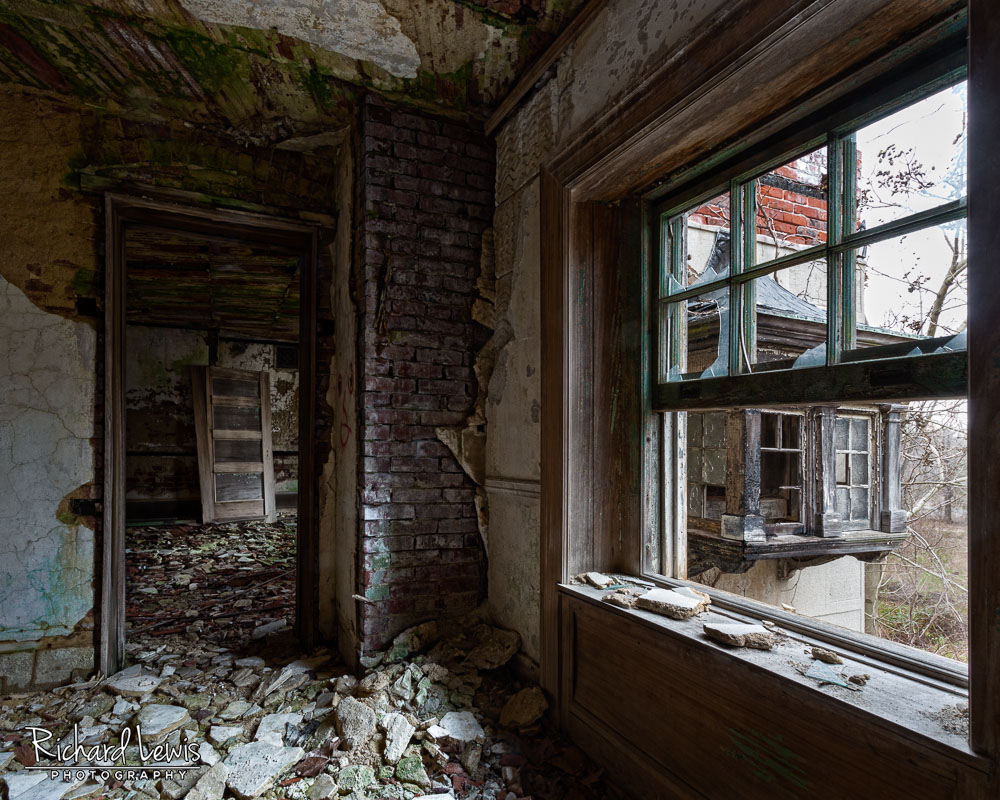 When I first scouted the mansion I was perplexed by several very large rooms that did not seem like living space. Later I discovered that the mansion spent most of its life as an office building and these rooms were added as office space by US Pipe in the 1930’s. 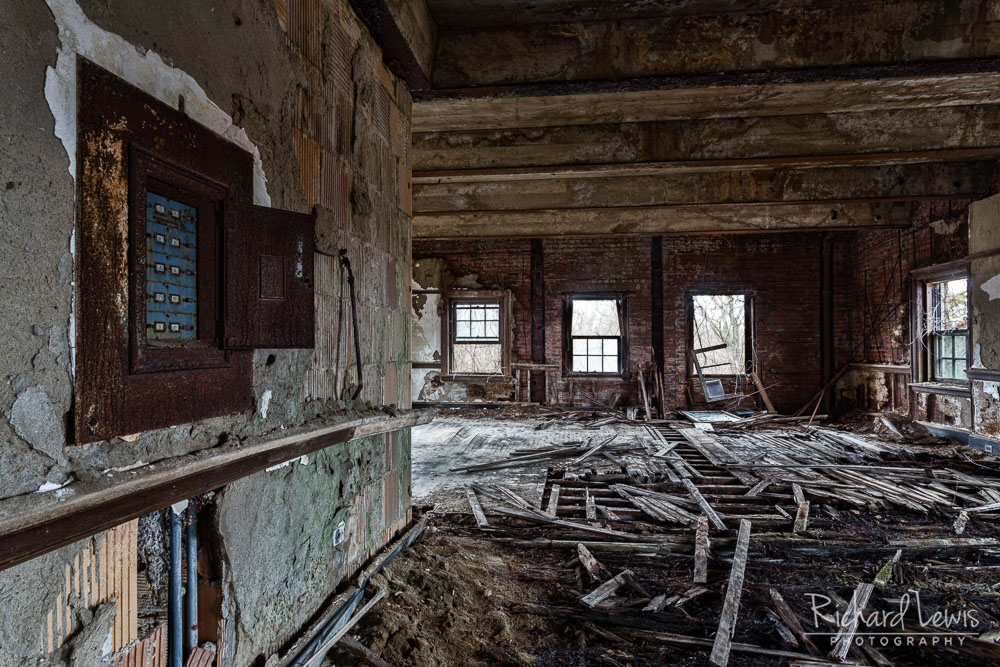 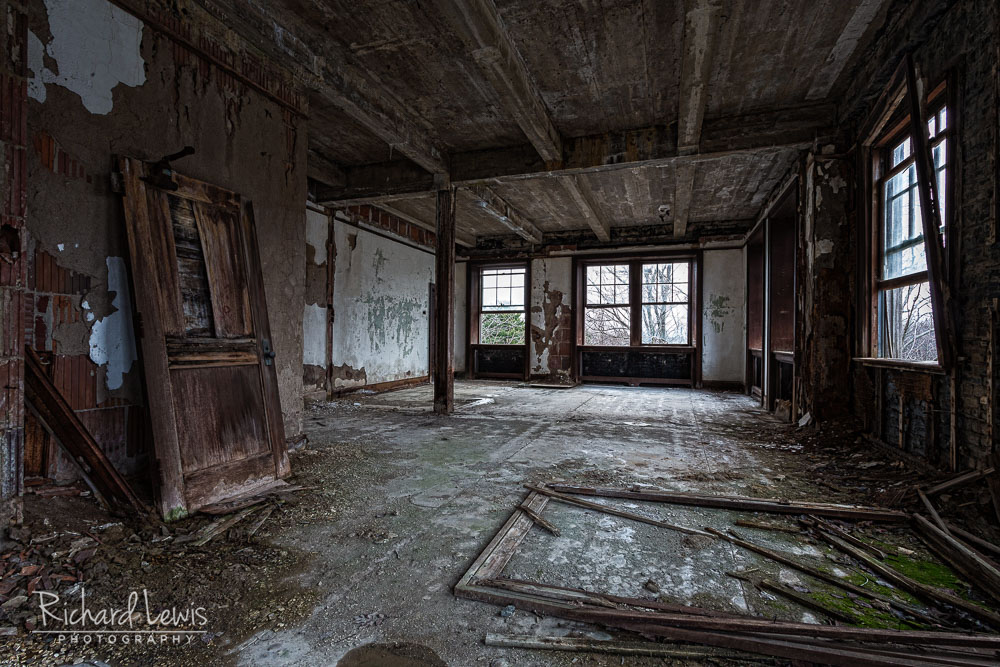 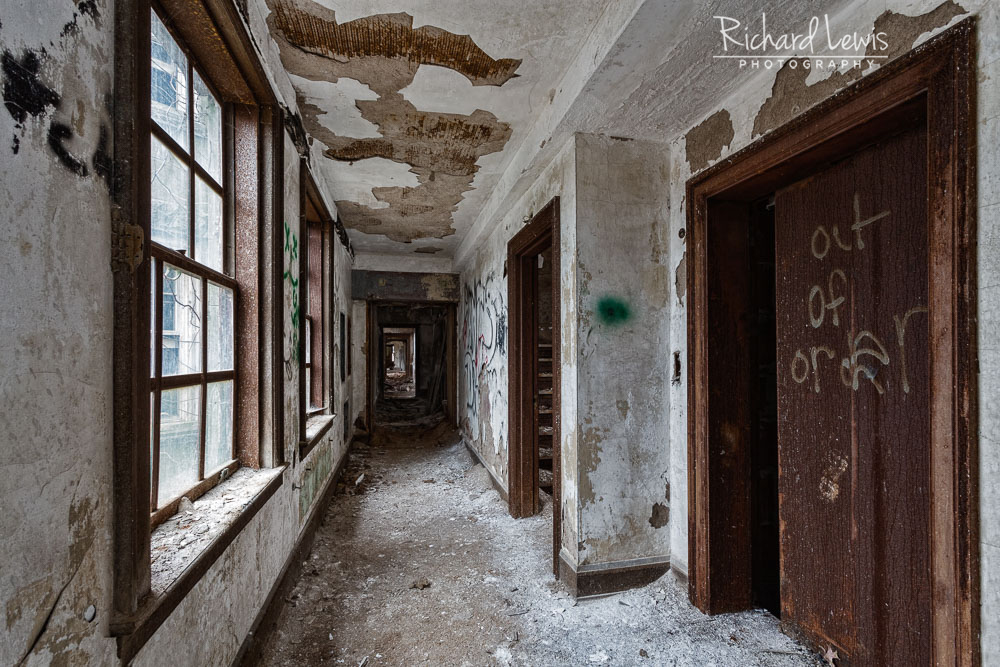 Out Of Order by Richard Lewis 2016

In the 1990’s there were big plans for the McNeal Mansion to be reborn as a restaurant, conference center and hotel. An outdoor restaurant opened on a massive deck as restoration began on the building. Just as things were looking good for the old place, the partners split up, the restaurant closed and the mansion was again boarded up and abandoned. A fire in 2001 added further devastation making restoration just about hopeless. 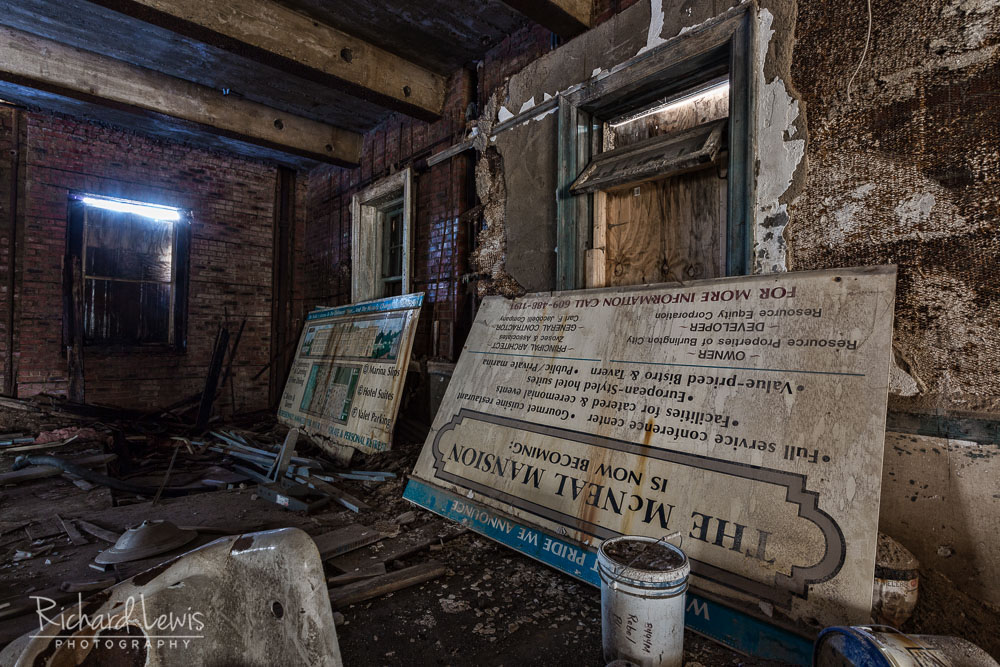 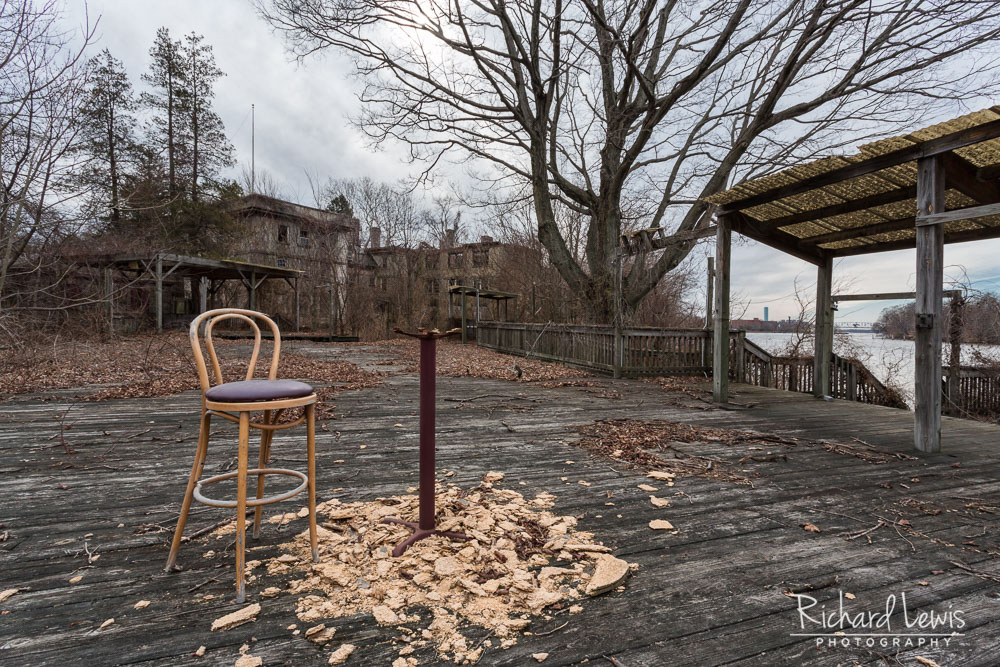 Riverside Restaurant At The McNeal Mansion by Richard Lewis 2016

How long it will be before the cranes show up with their wrecking balls to demolish the McNeal Mansion? Friends in city government tell me that several developers want to build on the site and there is even talk of restoring the mansion. With the huge price tag involved, one has to wonder if that is wishful thinking, but let’s hope not.

These photographs may be the last ones recording the final sad chapter in the history of the historic McNeal Mansion.