Hiking the New Jersey Pinelands for Therapy and Art

I had a knee injury from a bicycle accident a few months ago and have been walking as part of a physical therapy program. On a recent Saturday afternoon, I decided to do some therapy by hiking in the Franklin Parker Preserve, one of my favorite New Jersey Pinelands spots. It ended up being more of a spiritual therapy session than a physical one.

I intended to hike without my camera to save weight in my pack and stress on my knee, but it just didn’t feel right. That camera has been with me on hikes everywhere from Alaska to right down the road. It felt to me like leaving a friend behind, so I ended up taking it.

The Franklin Parker Preserve features a series of old cranberry bogs with an open landscape and expansive views of the sky. Right after I began hiking, a storm front started moving in. That sky began changing from bright to dark.  During the transition, the light became so magical I had to stop and set up my camera. An hour later, I was abruptly knocked out of that creative zone we artists love to be in when the realization hit that this storm was moving in rather quickly. I high-tailed it back to the car and arrived just as the first rain drops started falling.

More photographs of that seductive Light 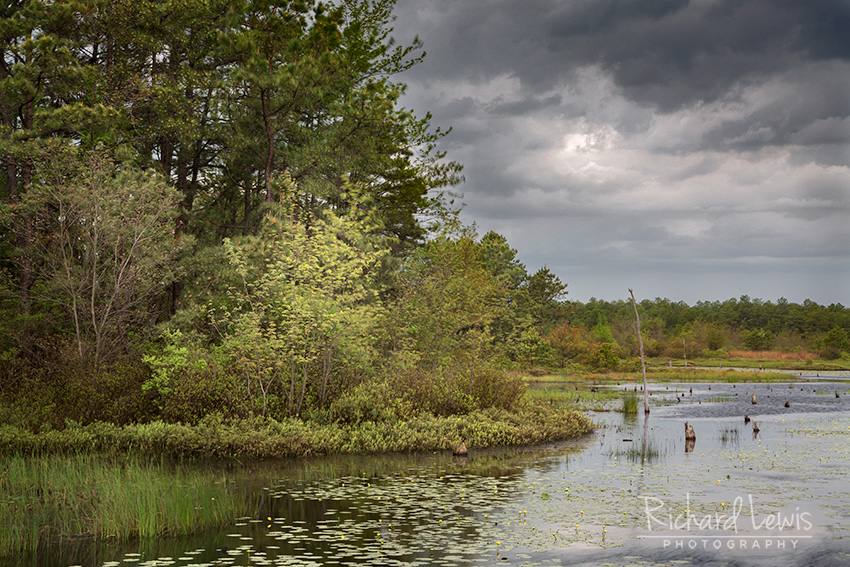 Edge of the Bogs by Richard Lewis 2016 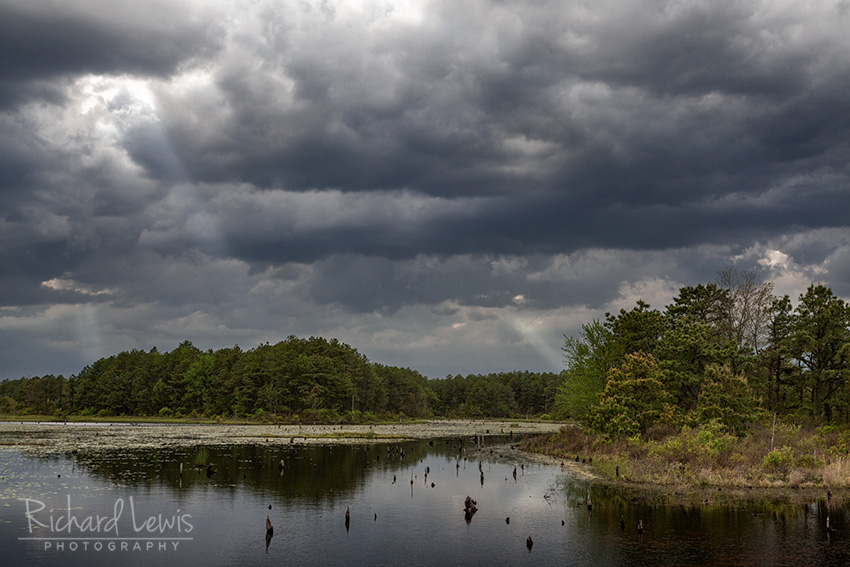 Storm Light in the Pinelands by Richard Lewis 2016

That 5 mile hike only ended up being 2, but it was worth the sacrifice of physical therapy to get a little soul therapy. Hey, I can exercise anytime, right?