The US National Park system may be the best thing our government has ever done. Preserving some of our best American landscapes has been going on for a hundred years.  In spite of some parks being overcrowded with visitors, having an overworked National Park Service staff, and many other challenges, the beautiful landscapes remain relatively unchanged since they have become parks.

Shenandoah National Park in Virginia is not as grand as parks like Yosemite and the Grand Canyon, but still matches them in beauty. Those Virginia mountains are lush and full of history. One of the trails we hiked was originally a road that Stonewall Jackson, a famous confederate general, used to march his troops into battle during the American Civil War. It was an incredible feeling to be on a trail that was over 200 years old and full of history.

The main reason I love Shenandoah National Park is that it makes you work for its beauty. In many of the big western parks, the best views and features are only a short distance from a parking lot. Times with the best light will find crowds of photographers lining up to shoot the same photograph. Not in Shenandoah. While there are overlooks on the Skyline Drive that yield some great views, the true beauty of this National Park only reveals itself to those who are willing to hike to the tops of its mountains or down into its deep valleys and hollows.

Being able to venture into the back country allows a photographer to uniquely experience and understand nature. Plus, it gives you access to the places fewer people go, with even fewer photographing them. When I photographed a stunning sunrise from the top of Hawksbill Mountain, it was a special experience that was mine alone because I was the only person on top of that 4050 foot high mountain. 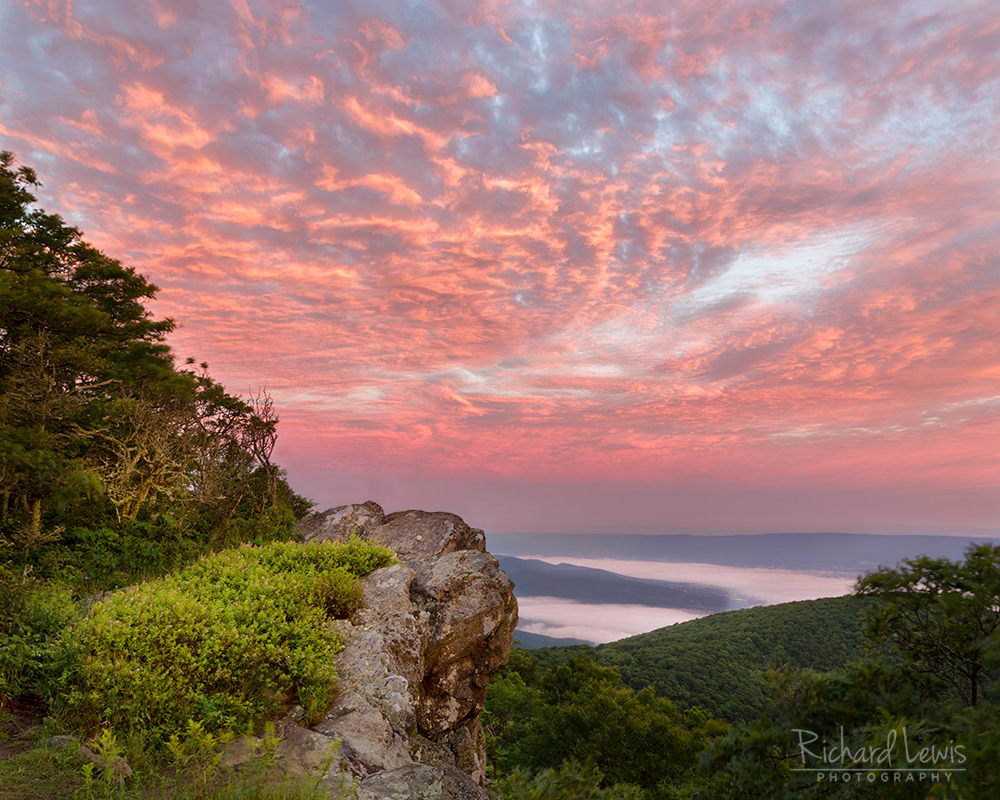 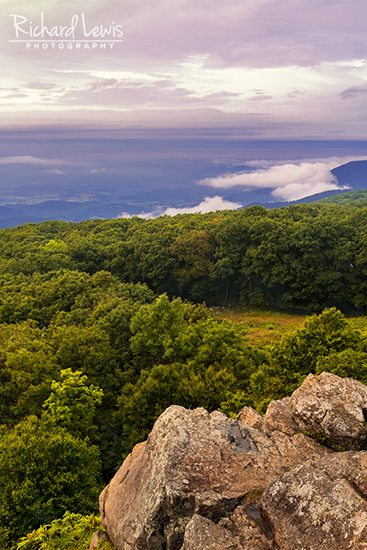 An Evening View by Richard Lewis 2016

Wild Flowers on a Summit by Richard Lewis 2016 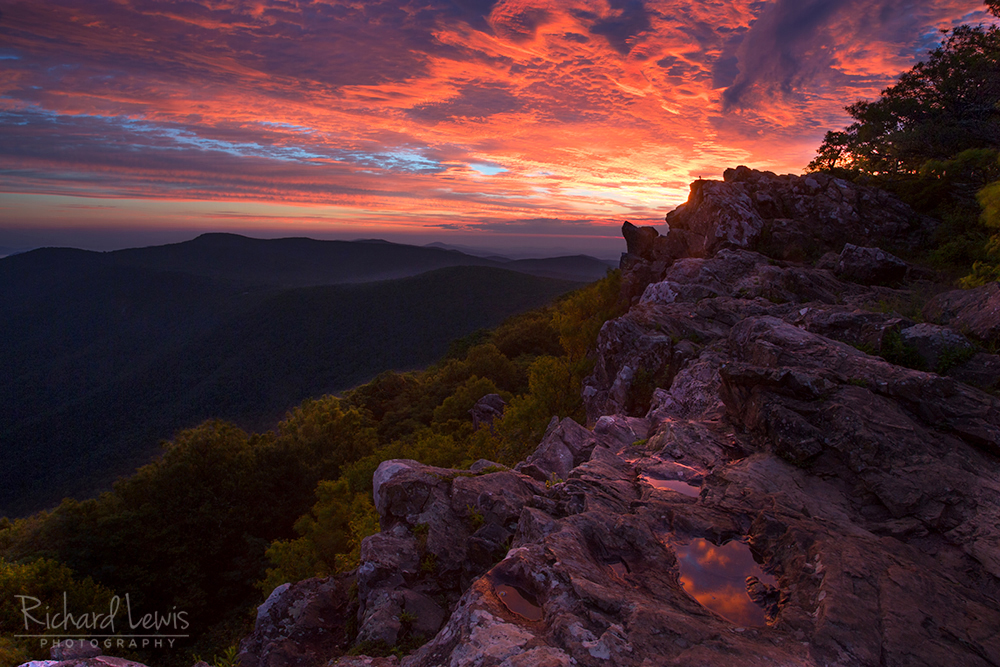 This is one of those beautiful areas of Shenandoah National Park where a short walk will yield a lot. However, a longer walk yields even more. Big Meadows is exactly what it says it is, a large open meadow on the top of a mountain. It is an unusual break in the forest landscape where deer, bears and other critters come to dine and play. 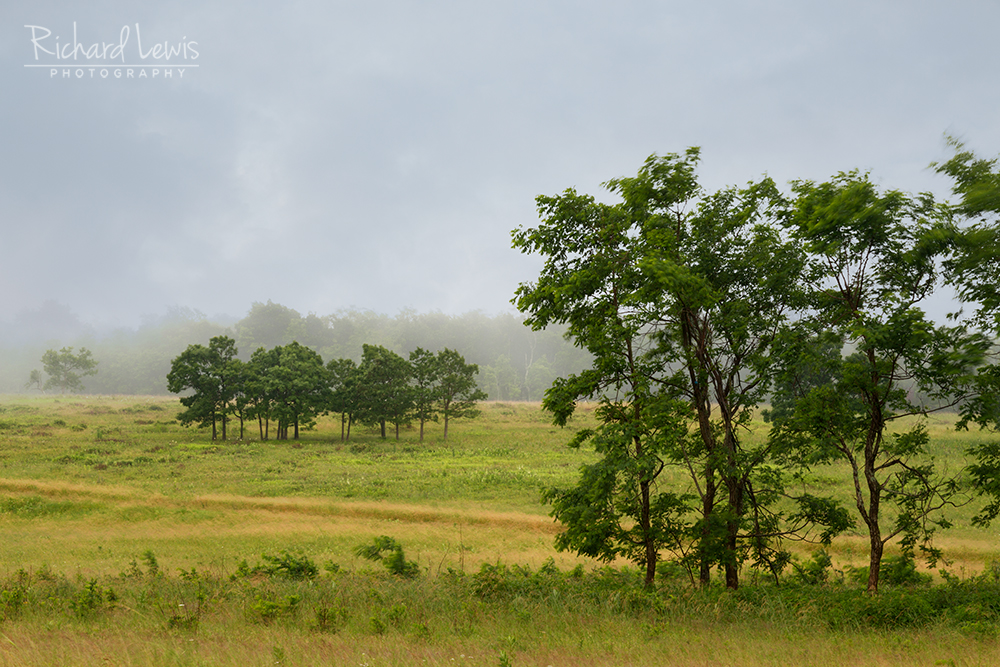 Big Meadows On A Windy Morning by Richard Lewis 2016 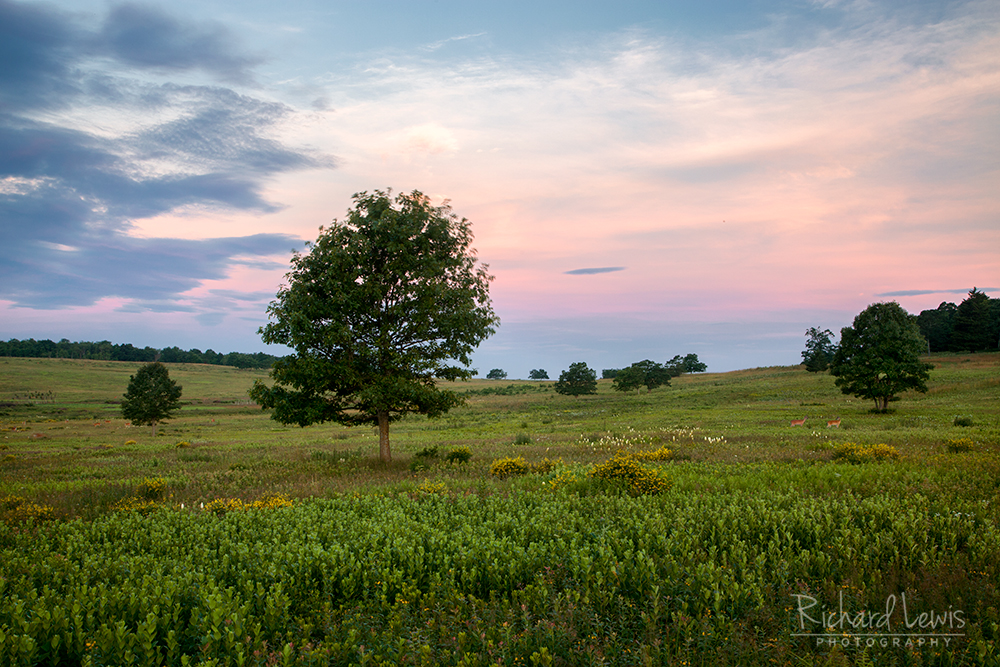 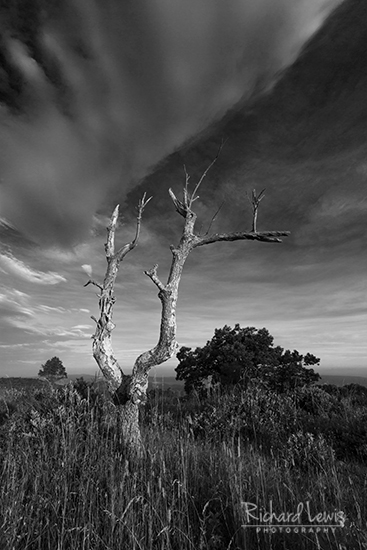 One literally cool thing about Shenandoah National Park are the valleys and hollows with waterfalls of all kinds. It’s a great place to go to get out of the summer heat. One big trade off in hiking down into a valley is that you have to hike back up again. 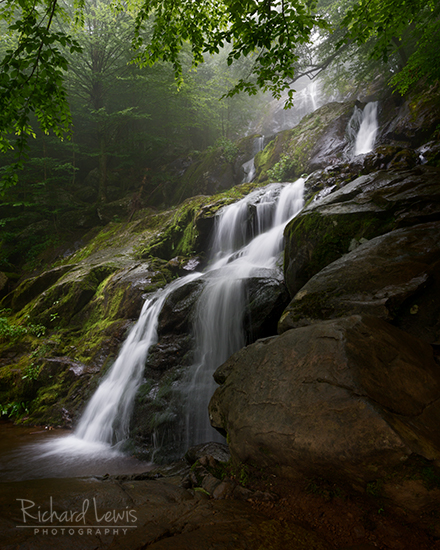 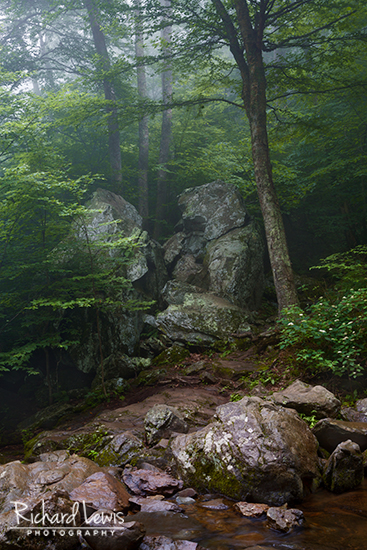 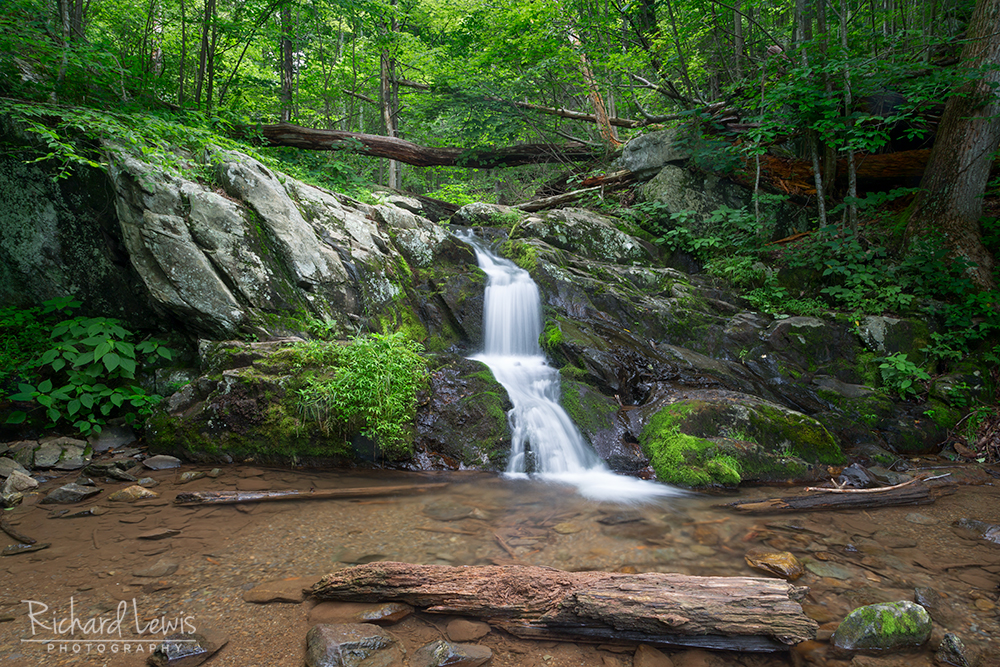 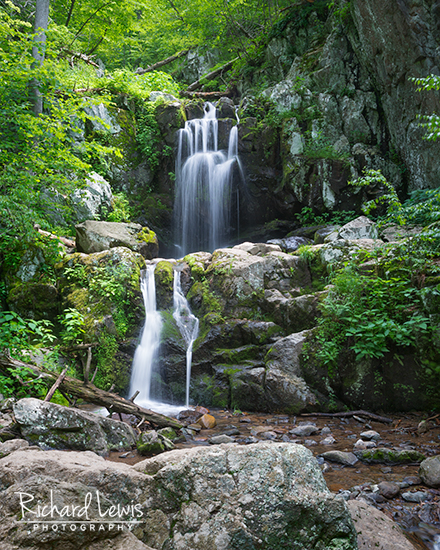 The beautiful light in Shenandoah National Park may not be the result of it’s landscape, but it does provides some stunning scenery to experience that light.

Daybreak in the Shenandoah Valley by Richard Lewis 2016 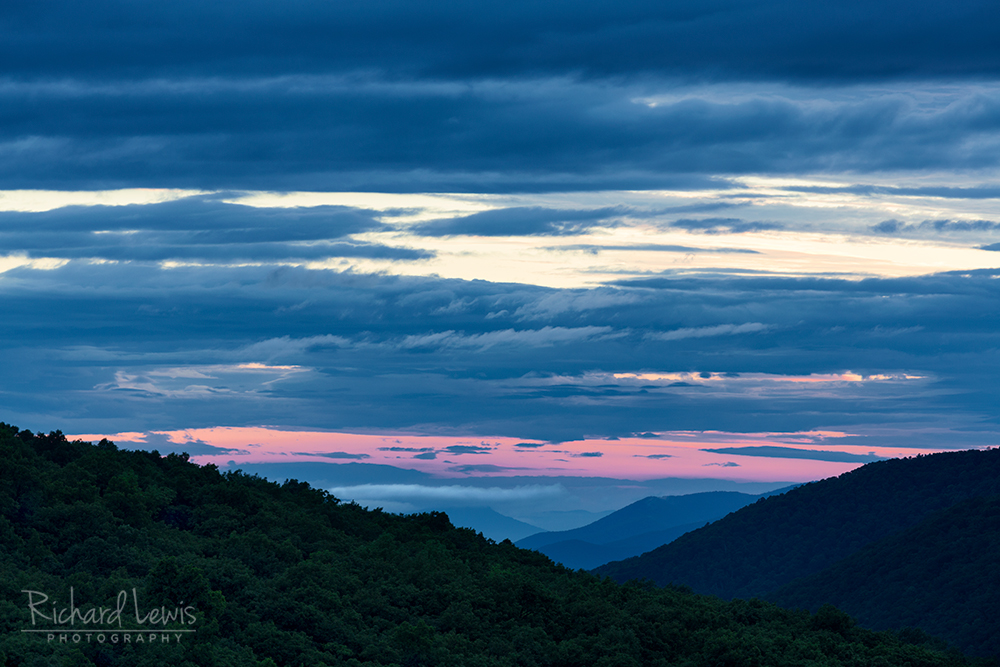 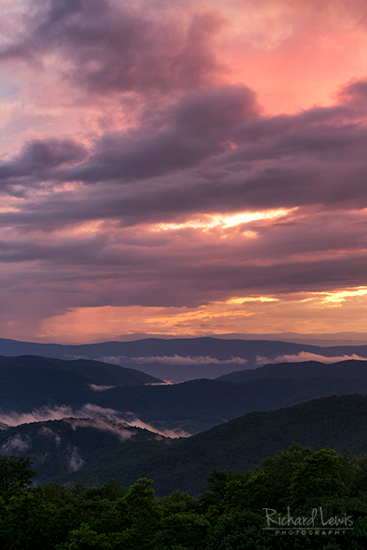 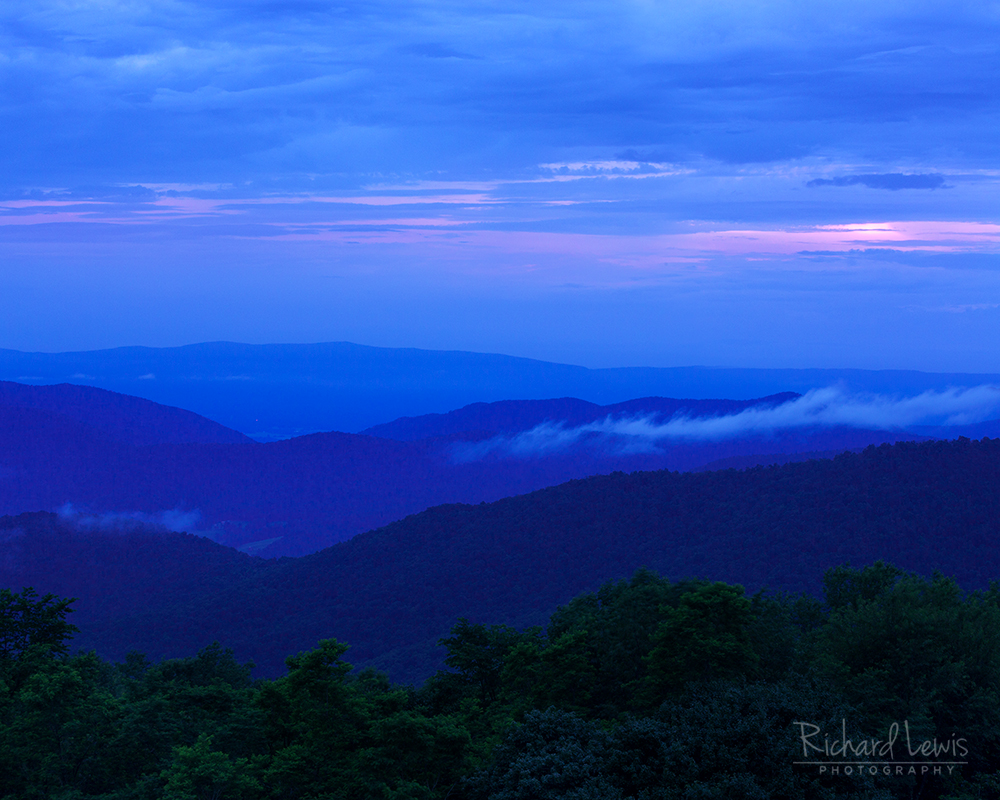 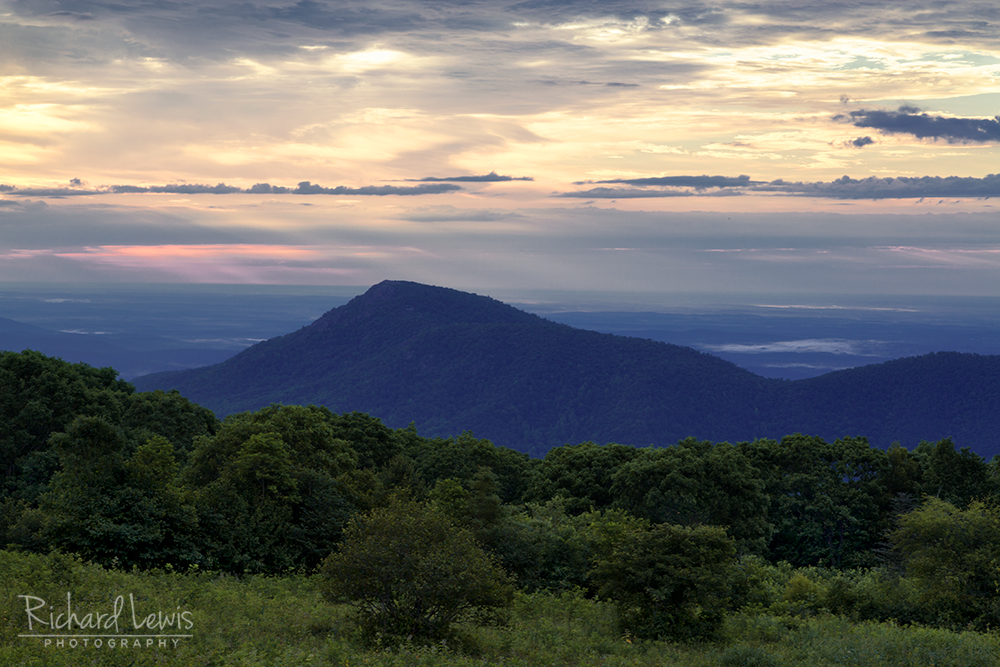 The beauty and diversity of our American landscape never ceases to amaze me. It is good to know that our National Park Service is still going strong preserving and providing access to some of the most amazing places. Happy 100th NPS!

Click here to see more landscape photographs from National Parks and other places.