A Remnant of Personal History

2018 Update: When I posted these photographs in 2016 I had no idea what would happen. These photographs have inspired former campers at Cejwin to share their experiences in the comments. This post has gone from being about photography to being a community. If you are here to see my work, also read the comments so you can see how that these simple dilapidated buildings profoundly impacted the lives of the people who came to this camp. There are experiences shared below from the 1940’s through the 90’s when the camp closed its doors.

We recently visited what is left of Cejwin Camps in Port Jervis, New York. The camp was founded in 1918 to provide a summer in nature and fresh air for New York City’s Jewish children. The camp, like all summer camps, provided an opportunity for kids to bond, have fun, and maybe learn something they could take into adulthood that would be useful. Its location in rural New York, just 90 minutes from Manhattan, allowed Cejwin to thrive and open seven camps to serve around 1000 kids.

Until recent generations, parents thought it was important for their kids to spend time outdoors in the natural world. That has changed along with what people choose to do with their summers. Cejwin fell victim to those changes and closed its doors in the 1990’s. After Cejwin, a Christian group took over and established a camp there for a few years. Now most of the camp property is being developed into housing. When we were there, only one of the boys camps, Aviv, was accessible.

This photo shoot was very personal. My wife spent 10 years at Cejwin Camps as a kid and has many happy memories. I’ve seen old black and white photos of her as a goofy, giggly teenager fooling around with her bunk mates. These somewhat out of focus antics of a bunch of 14 year-olds document experiences that helped shape the mature and intelligent person my wife is today. This place is so much a part of her past that being at Cejwin and photographing what remains of it was quite a powerful experience for both of us.

These simple structures were full of children being children. My wife has many fond memories of what camp professionals would call “Cabin Life.” She remembers activities at camp, but really remembers what happened in these little buildings where, as she has said, she could just be herself. 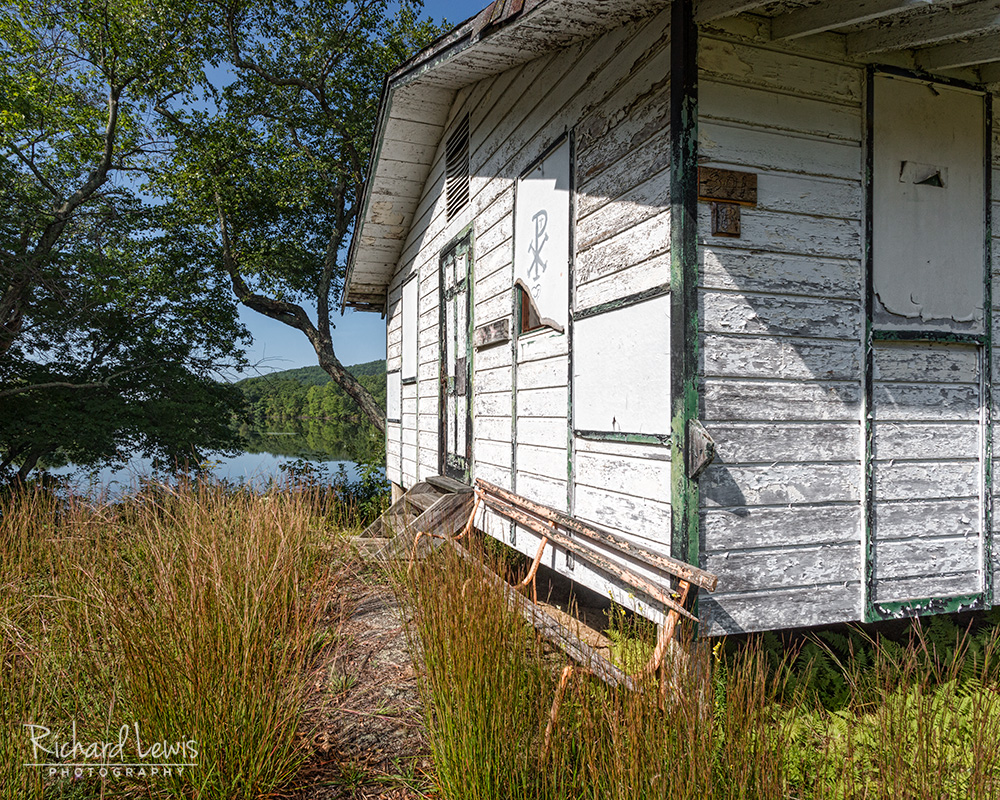 Cabin By The Lake by Richard Lewis 2016 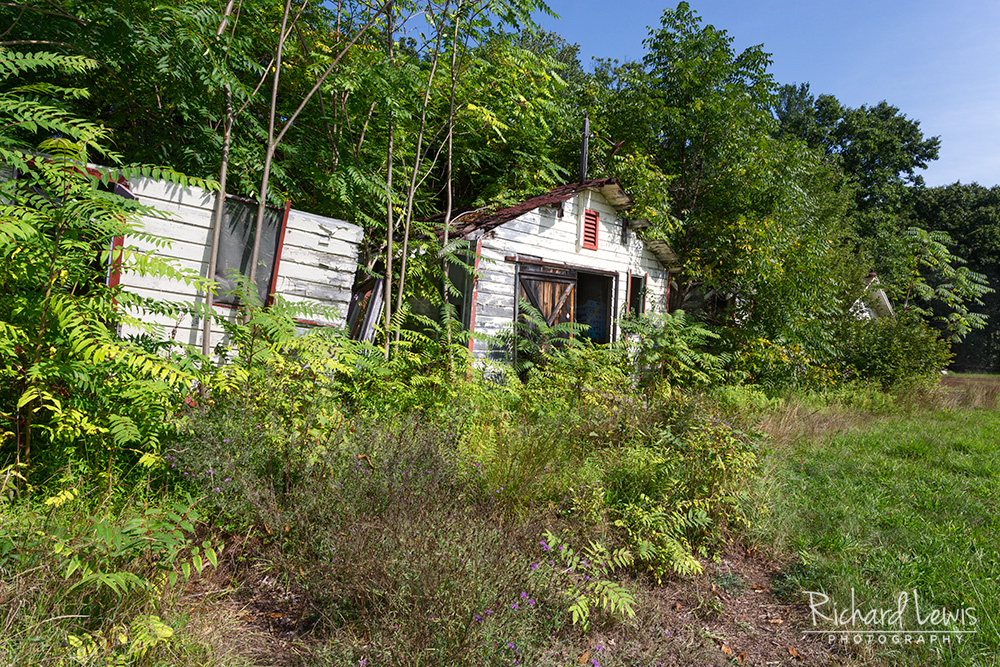 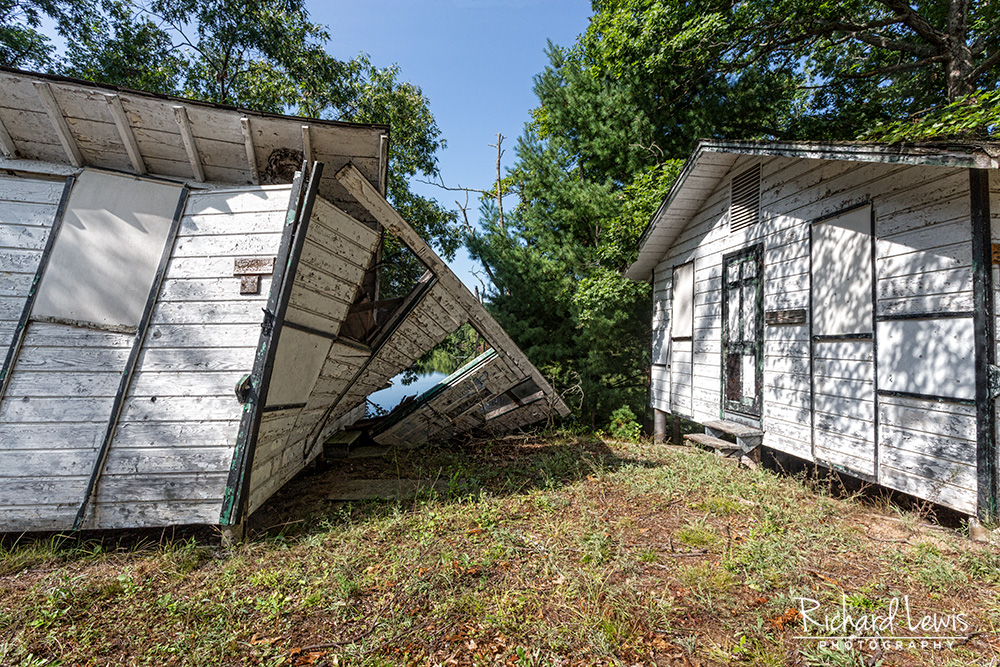 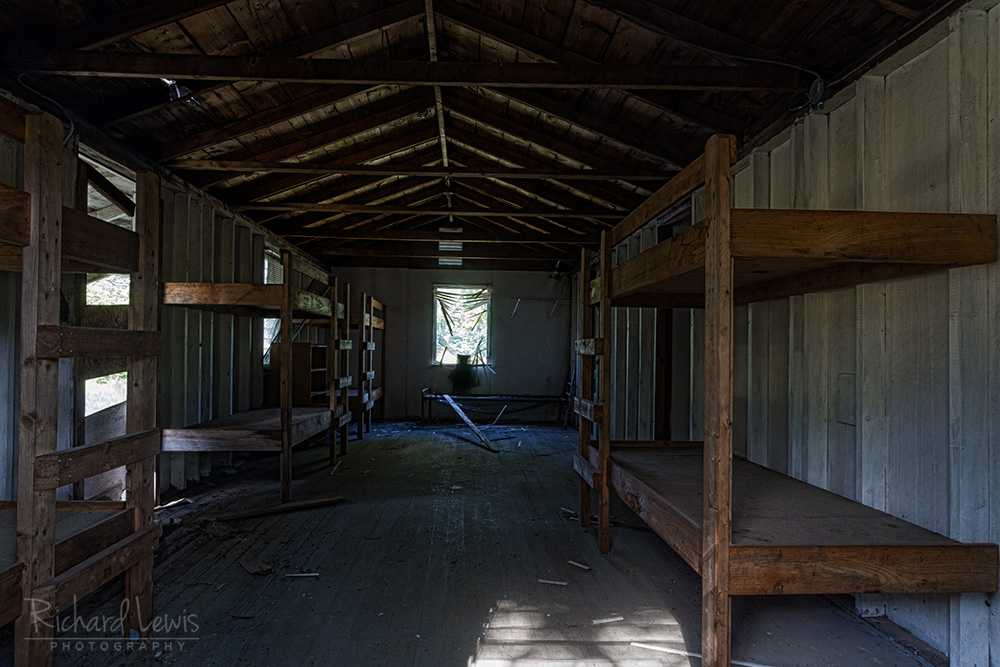 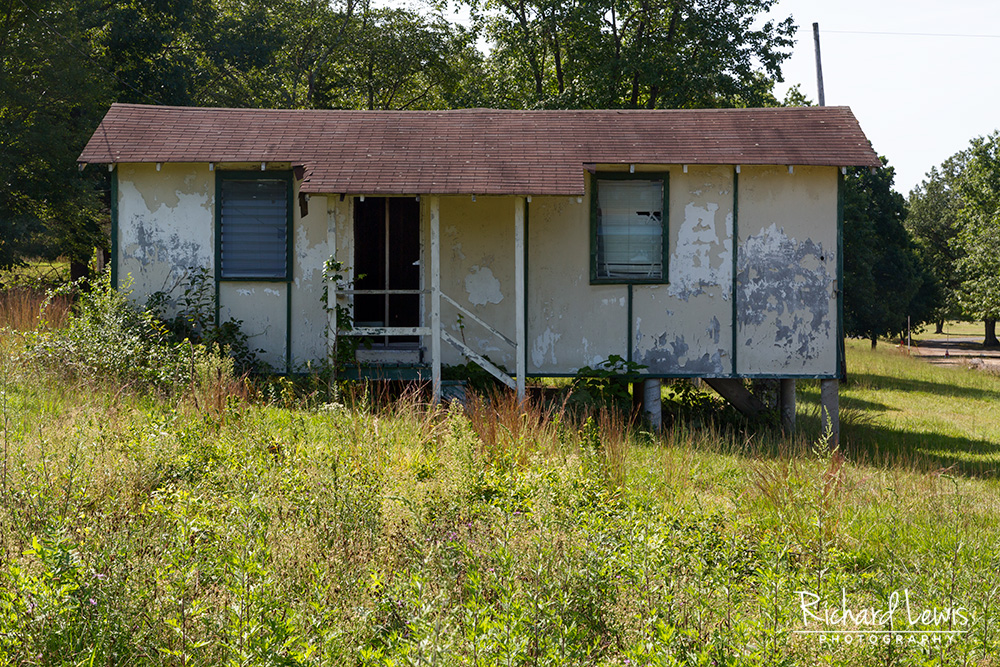 The goal of Cejwin Camps was to expose Jewish children to nature, healthy activities and each other. What remains at the Aviv sub-camp are the wood shop, the basketball courts and the waterfront which was a haven on hot days. The camp offered a lot of other activities too, but none of that is evident anymore. 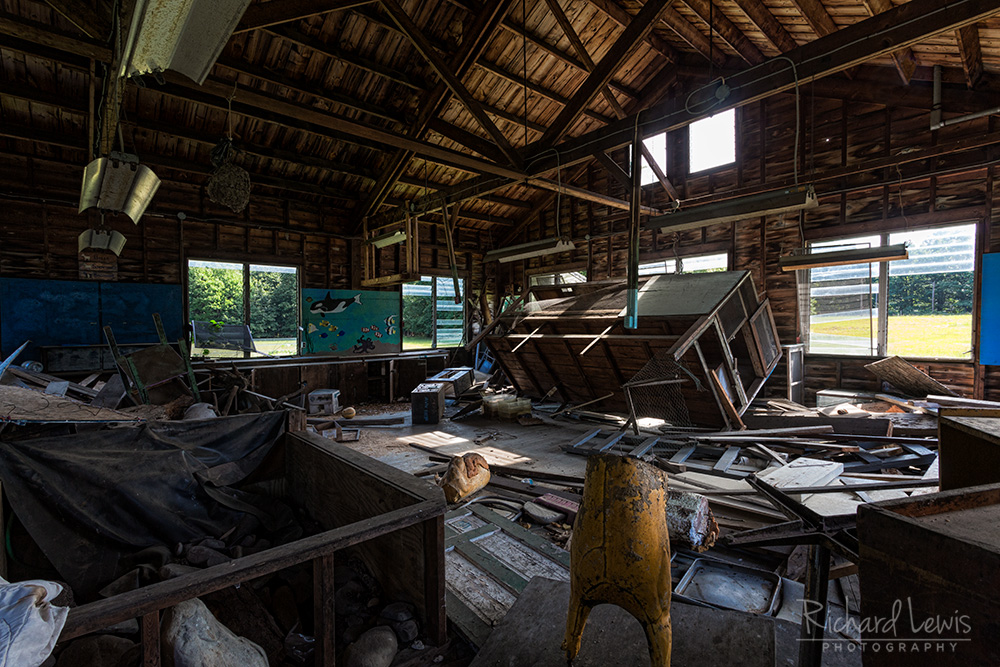 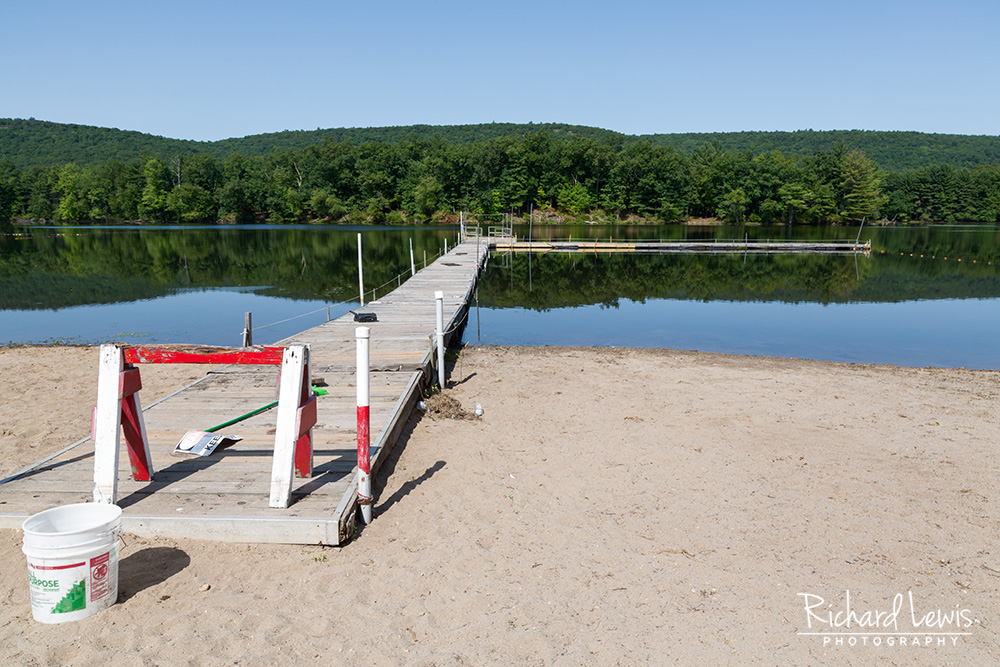 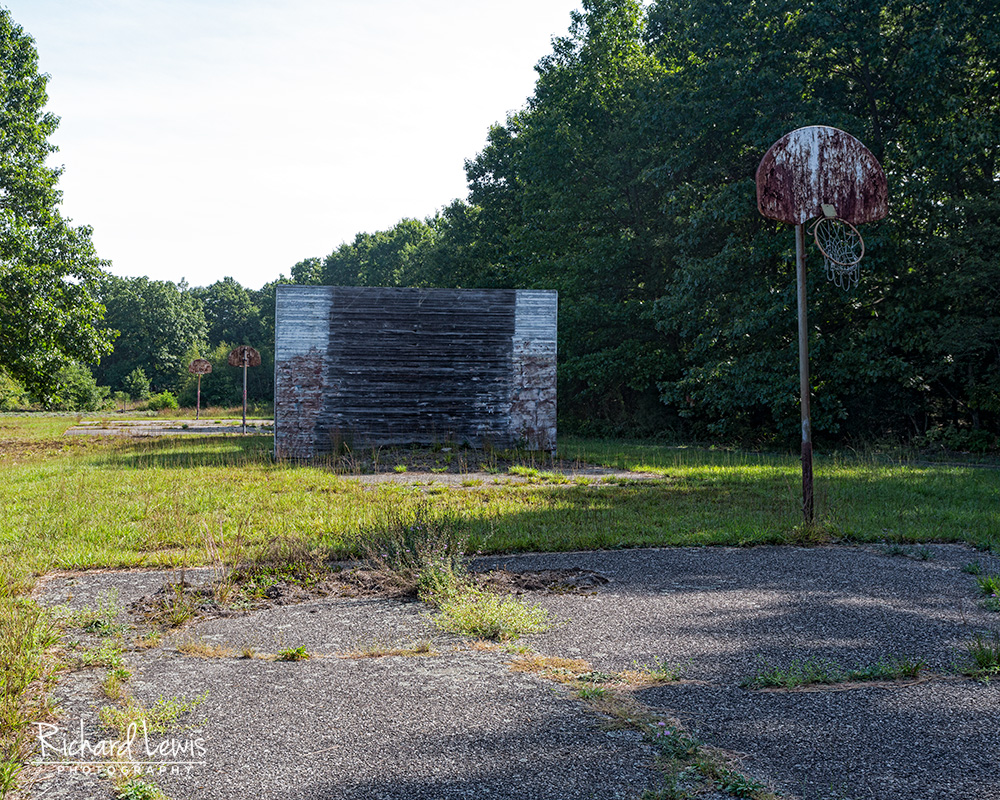 What Happened After Cejwin Camps

After Cejwin Camps closed in the 1990’s a Christian organization took over and ran a camp there for a few years. Some of the religious decorations remain on the buildings although most of the camp is run down and full of debris where buildings have been torn down. There is another section where the cabins were fairly well maintained that was fenced off, so we did not photograph there. 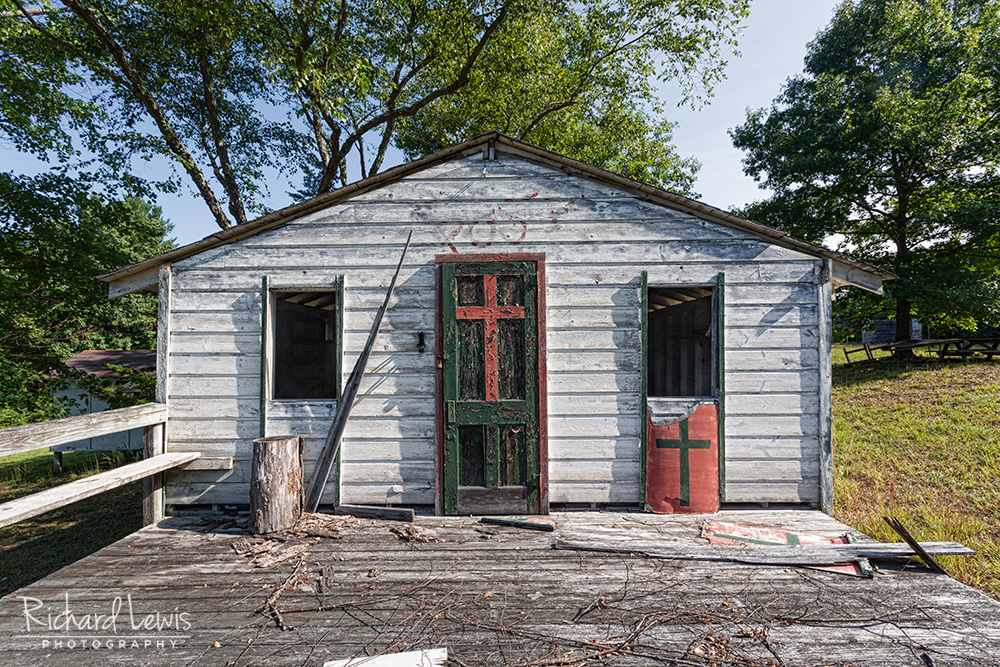 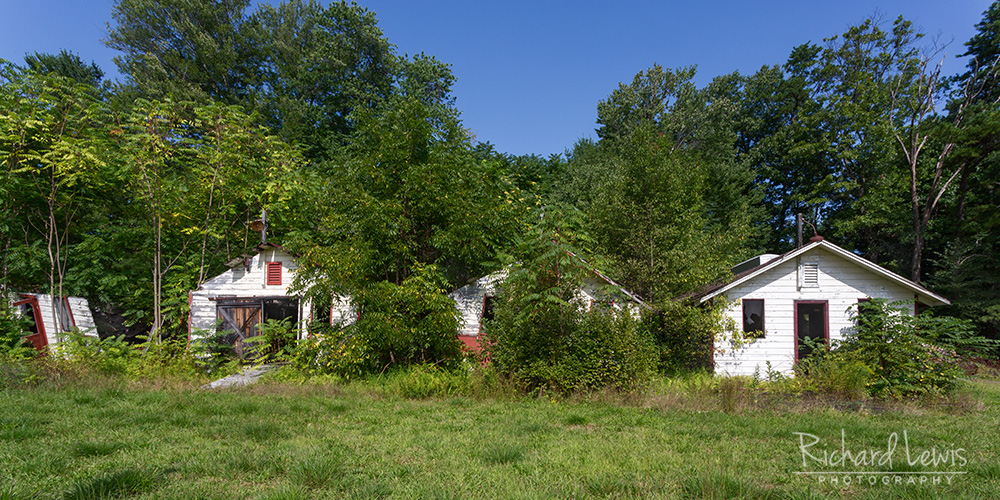 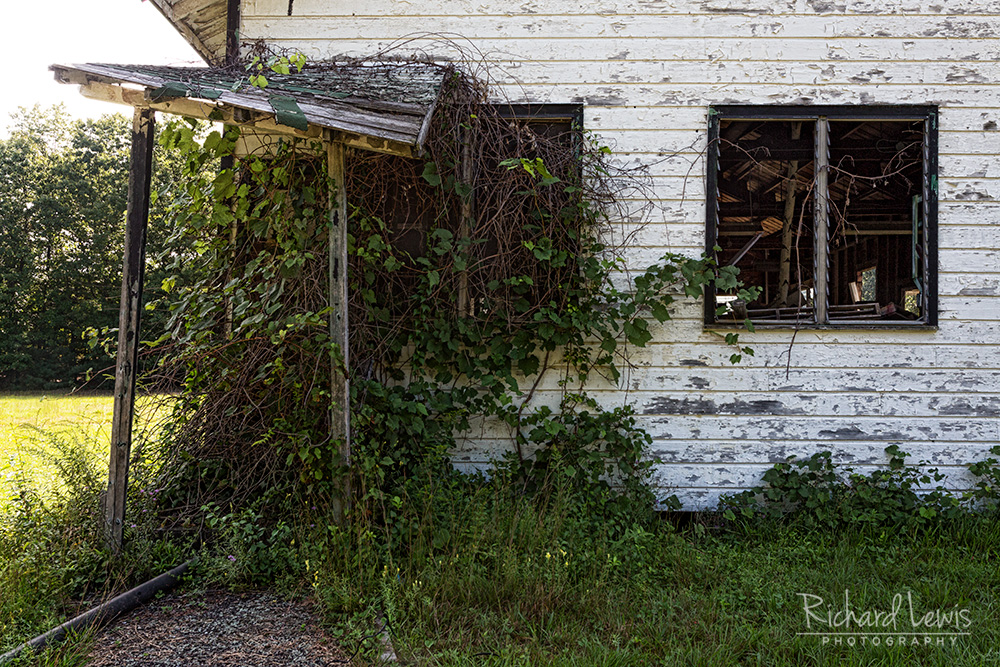 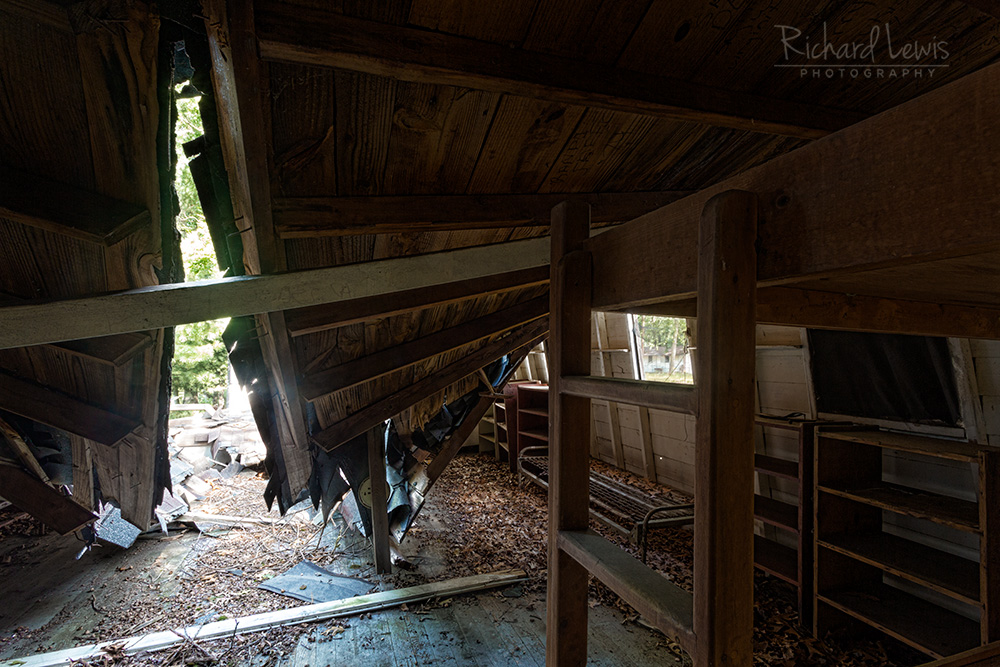 Not much is left that distinguishes Cejwin Camps’ Jewish identity. Hebrew letters on the side of a building that may have been a canteen, some pre-1990 graffiti inside some of the buildings, and a worktable marked Aviv Shop. 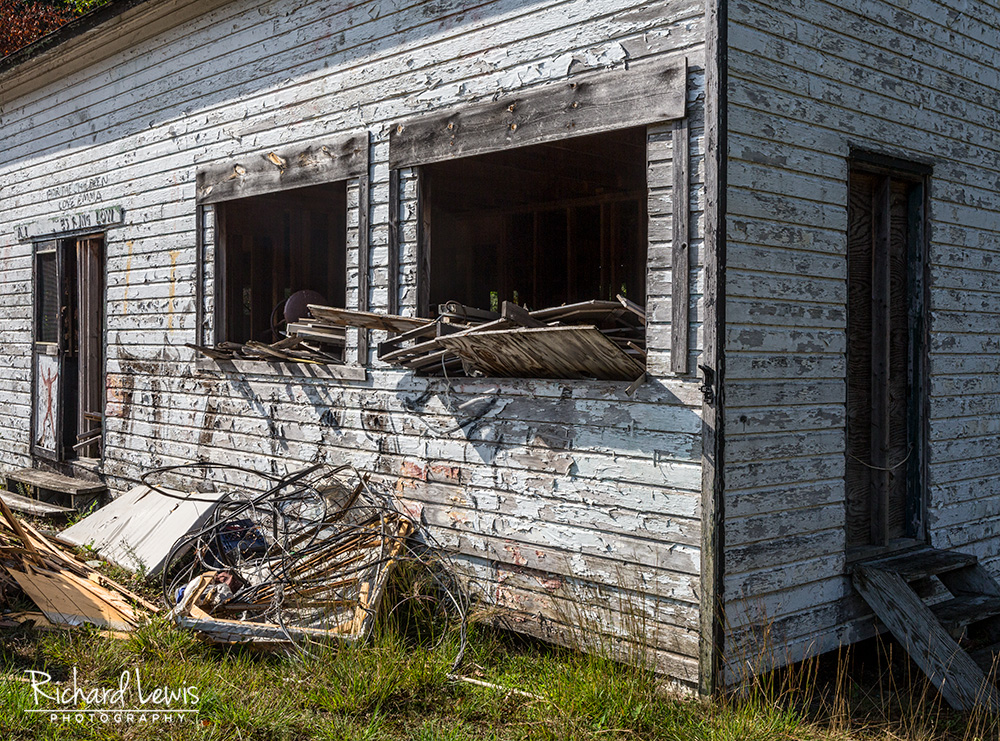 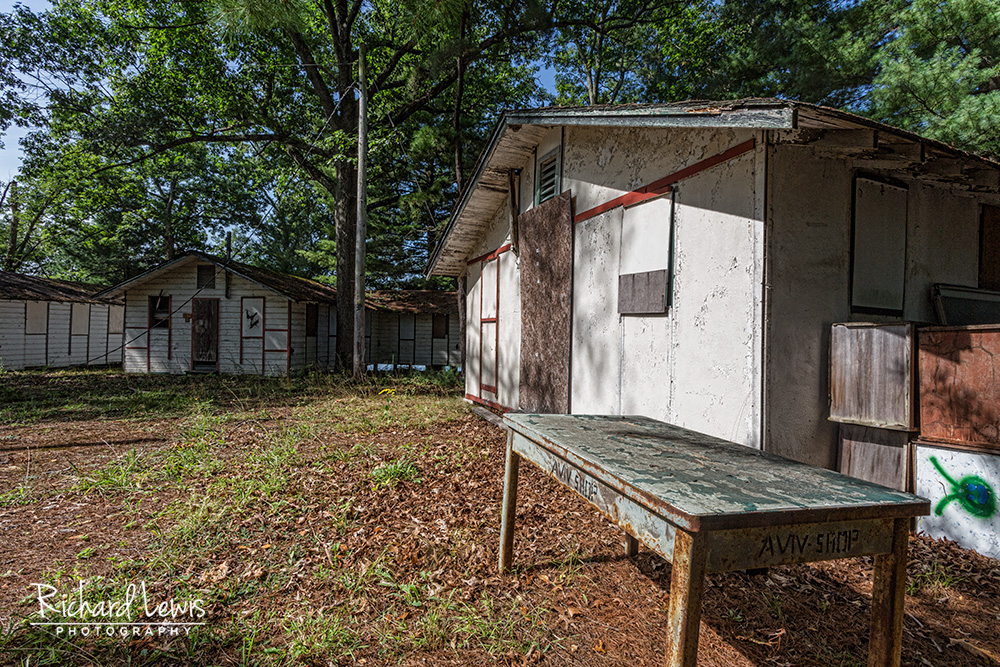 These may very well be the last photographs made of Cejwin before it is totally gone. The rustic cabins and buildings are far from architectural gems and are probably not worth preserving. But it’s not the buildings that are important, it is what happened inside of them that matters. These photographs hopefully will help preserve experiences that are cherished by many of the campers who spent time here.

I know this post is being shared among Cejwin Camps’ alumni group. If you attended this camp, please leave a comment below with thoughts and memories of your time at camp. Help us show what these dilapidated buildings meant when they were structurally sound and full of children.

See more photographs of Cejwin Camps on my website.