What happens to a seaside paradise when the seaside gets toxic

The story of Bombay Beach, California is an unusual one. In the early 1900’s an attempt to control the Colorado River for irrigation backfired when flood waters filled the Salton Basin creating the Salton Sea.

This new sea in the desert may have been an environmental disaster, but was and still is the largest lake in California and it started attracting people. Communities and resorts popped up to provide water-starved Southern Californians with a place to fish, swim and boat. One of those communities was Bombay Beach whose tagline in the 1940’s and 50’s was “Living In Paradise.”

Unfortunately, unnatural occurrences in nature have consequences. The Salton Sea has no place to drain and is fed by polluted agricultural runoff and rain that can cause the sea level to change drastically. Bombay Beach fell victim to rising water in the 1970’s that flooded and destroyed beach front properties and piers which are now in ruins. In recent years, more water has been removed for irrigation, lowering the water level causing the salt, and pollution levels to go up. This started killing off the fish whose bones litter the sand. Bombay Beach is now far from being considered a paradise.

The air on the beach smells like dead fish and it is littered with old fish carcasses, debris and the ruins of the piers that no longer reach the receding water. 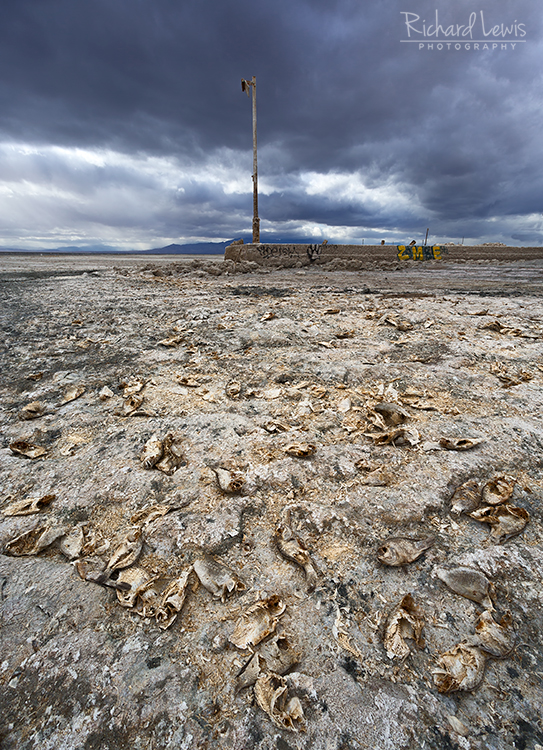 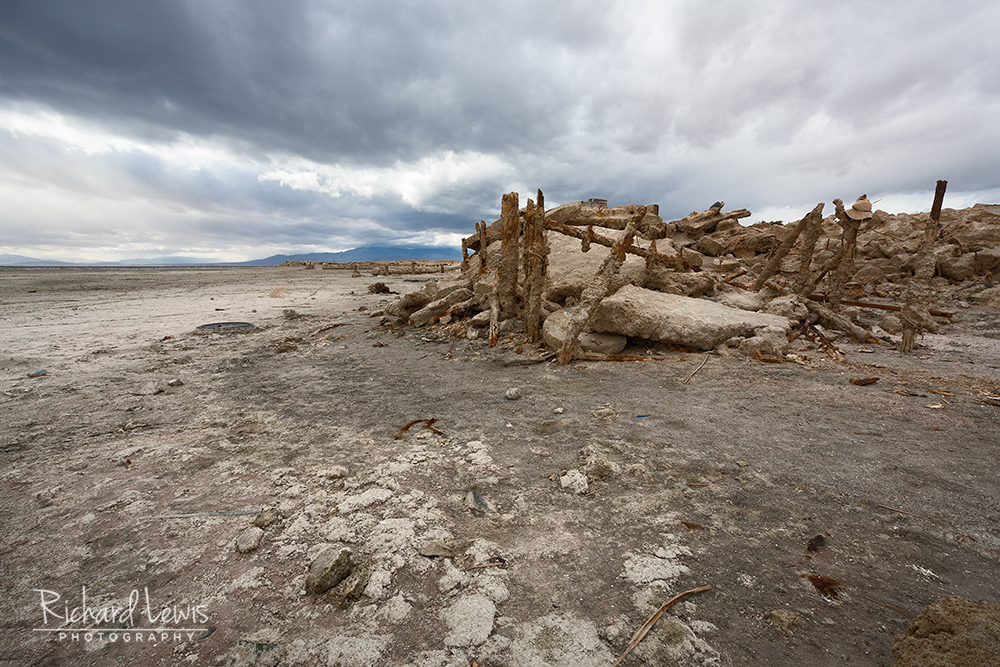 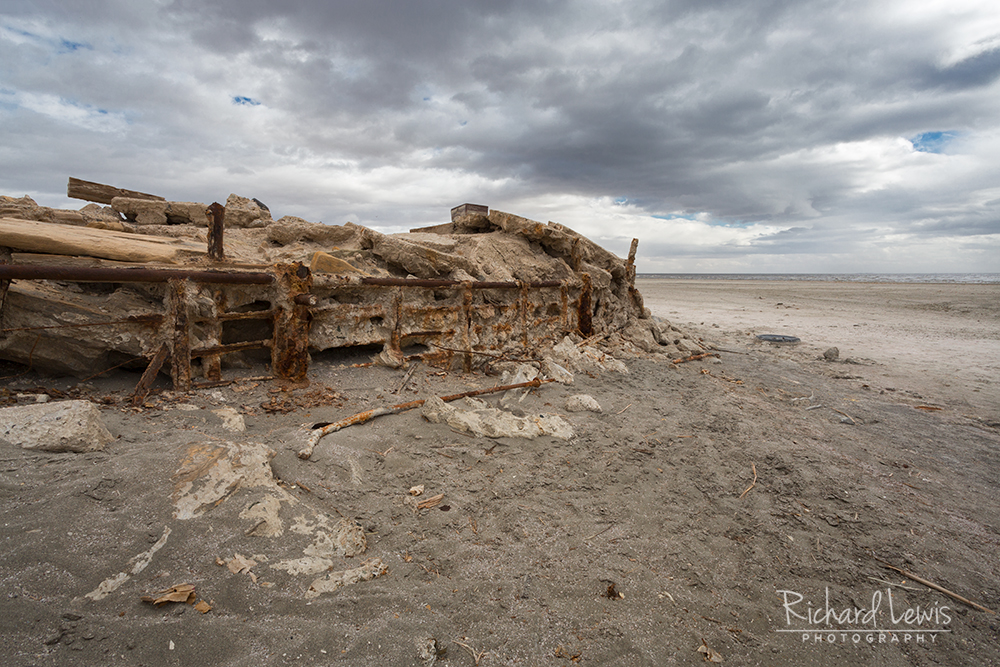 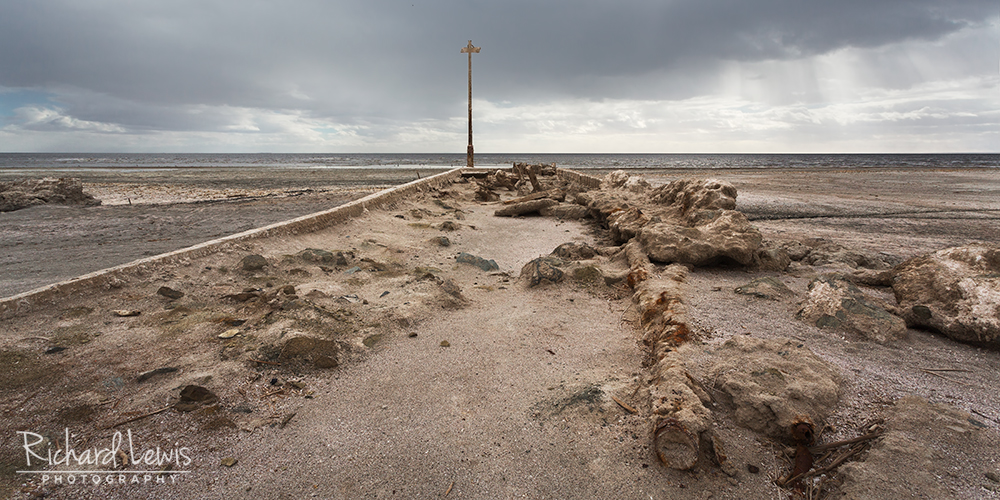 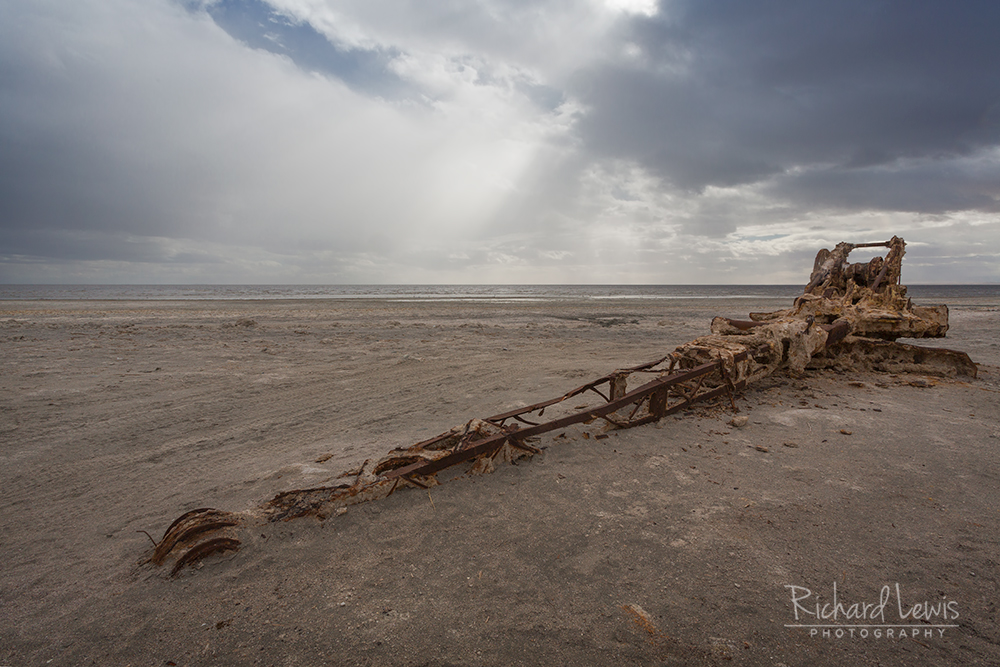 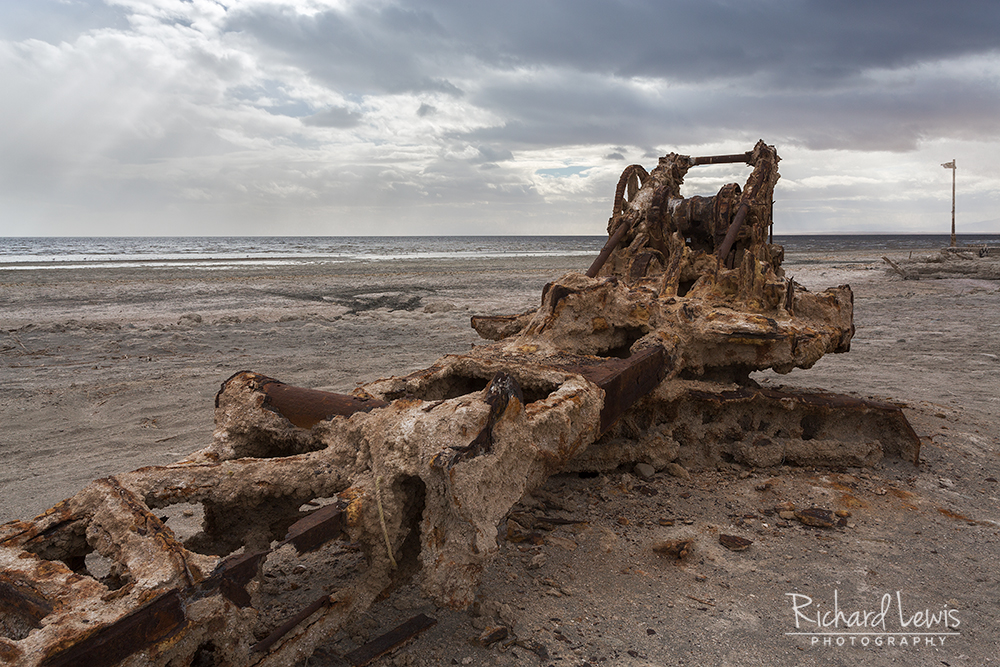 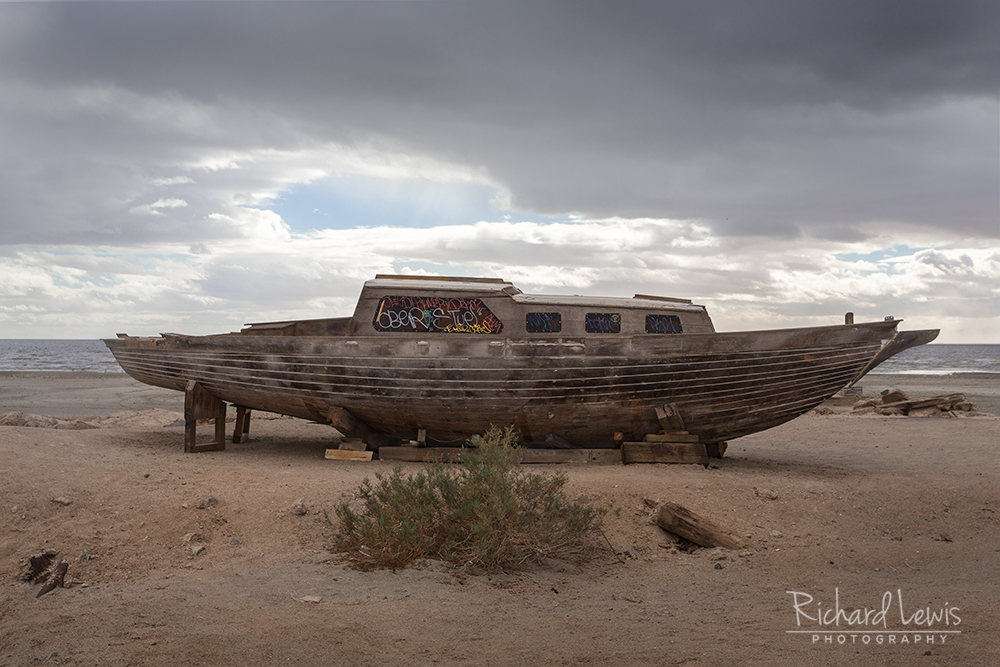 Many of the trailers and simple houses near the beach are abandoned and falling apart. Yet a few people still live in Bombay Beach. Next to abandoned homes are other homes that have cars in the driveway and kids playing in the yard. 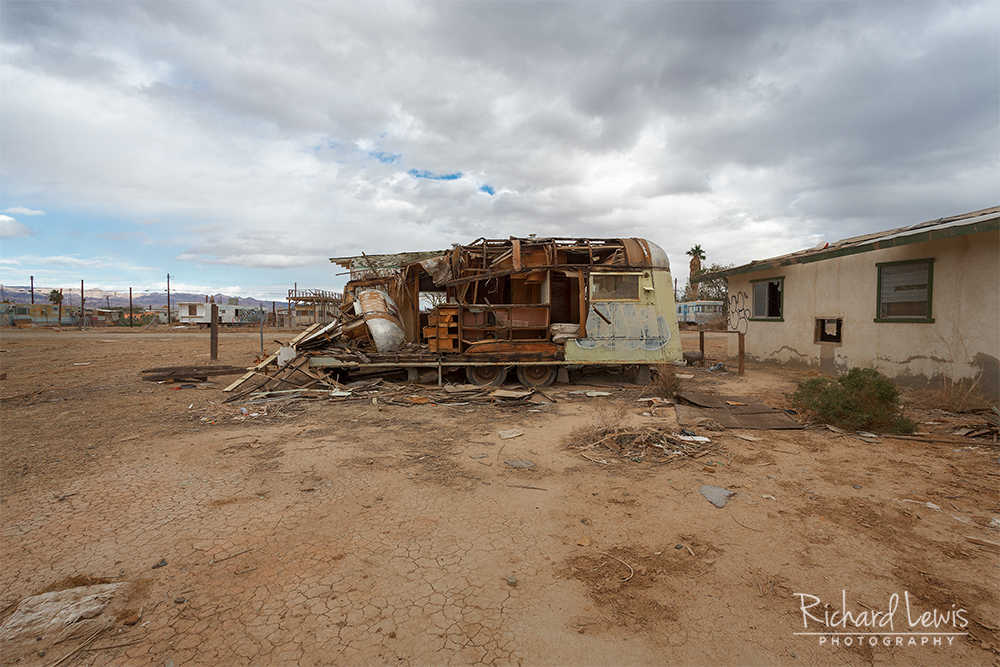 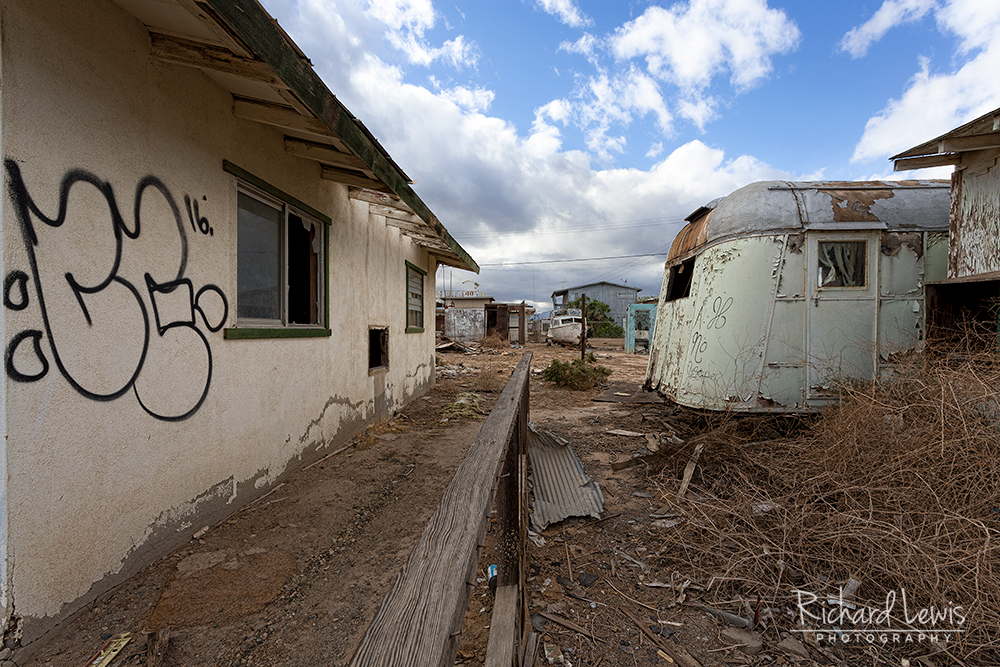 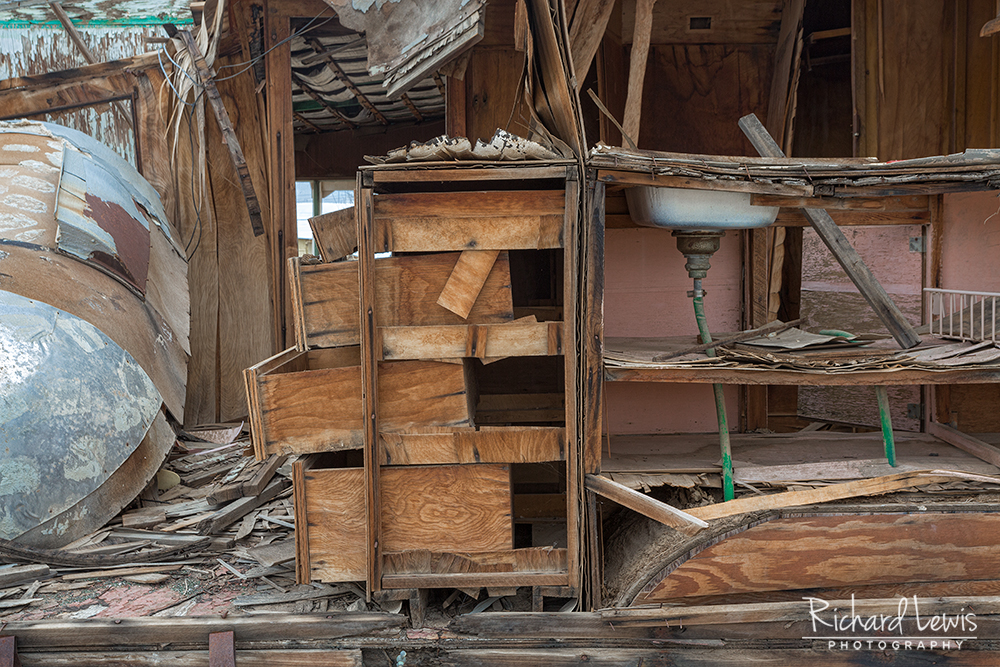 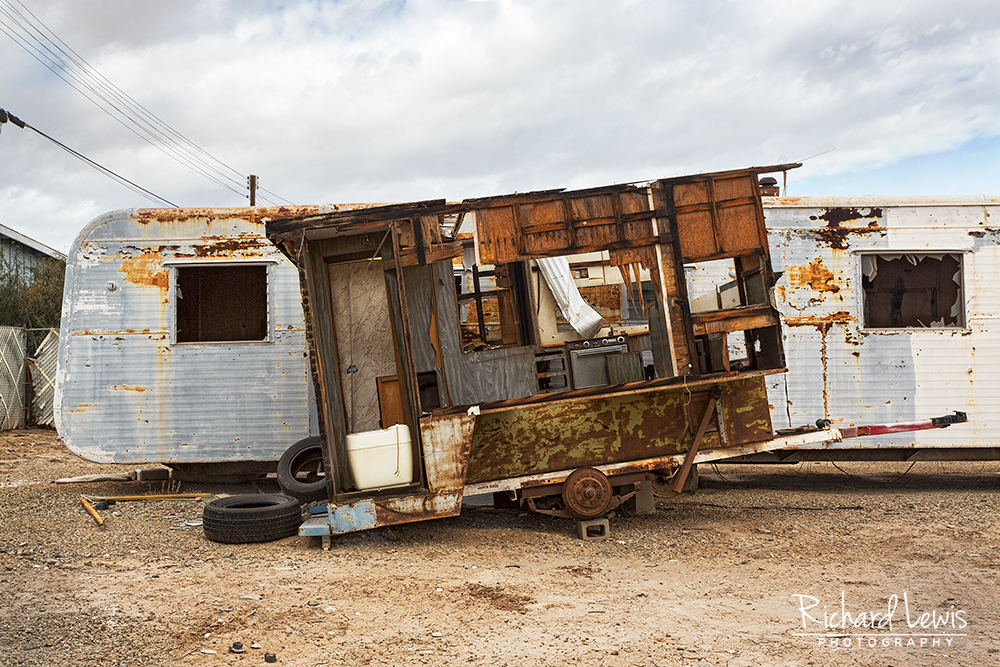 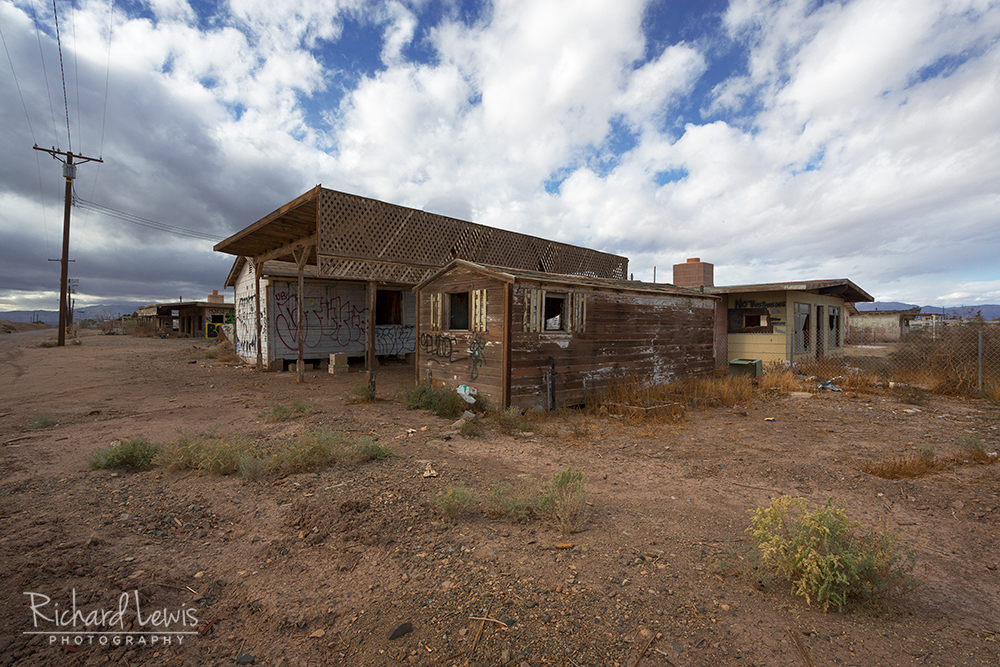 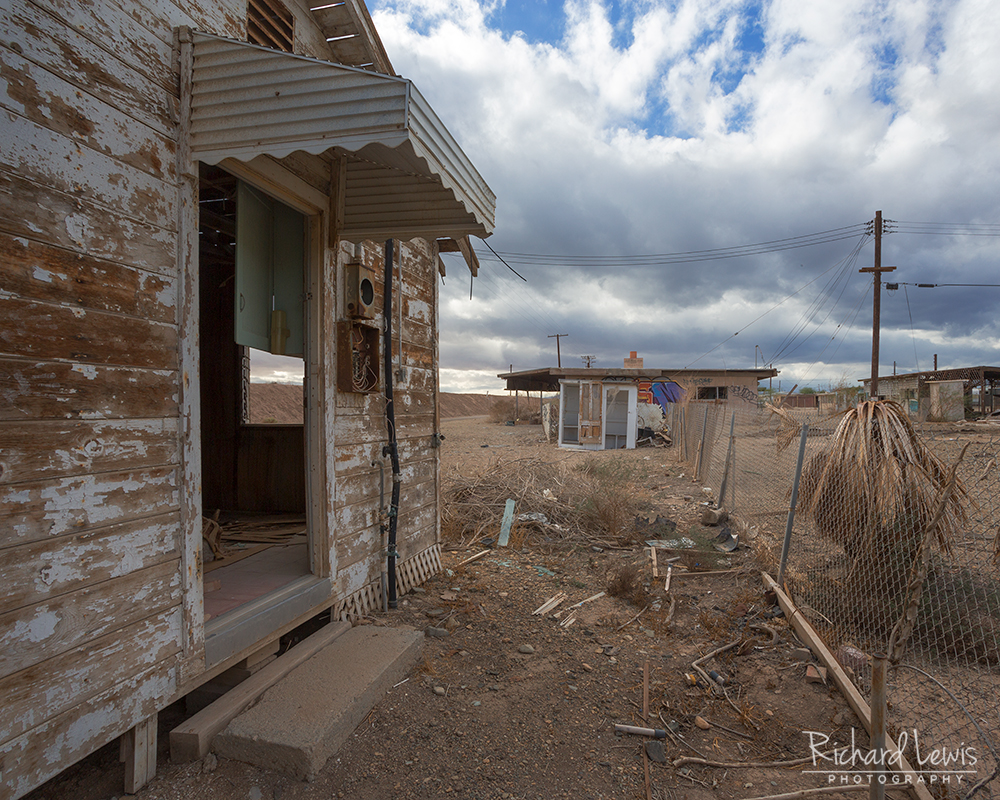 Below is an example of what I call a “trailer house” which seemed to have been popular in Bombay Beach. Residents most likely parked their trailer on a lot and eventually built a house around it. 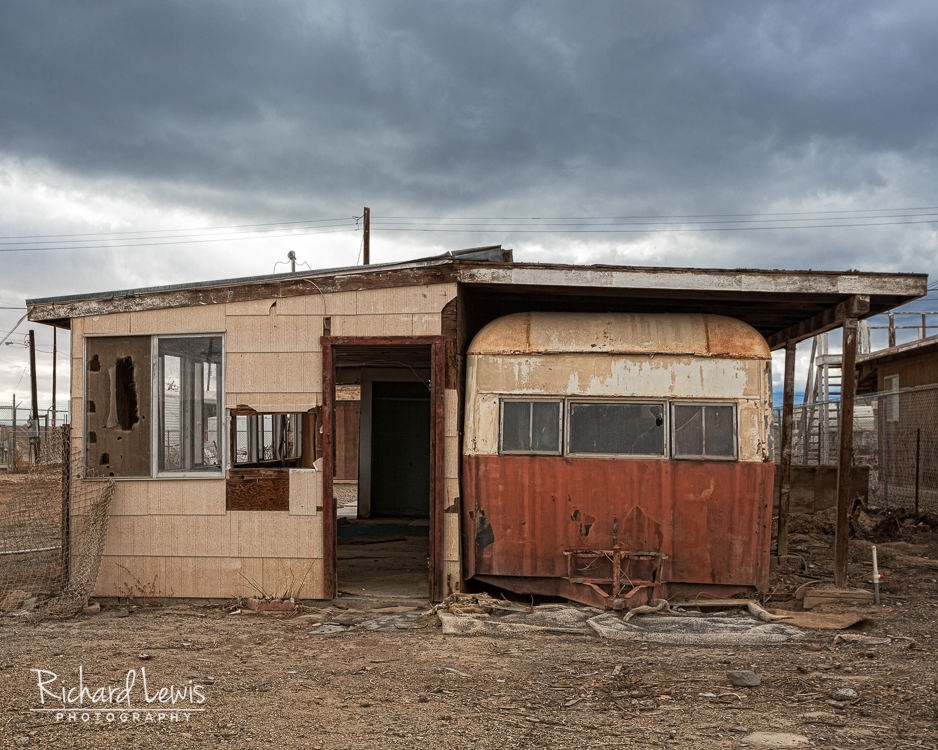 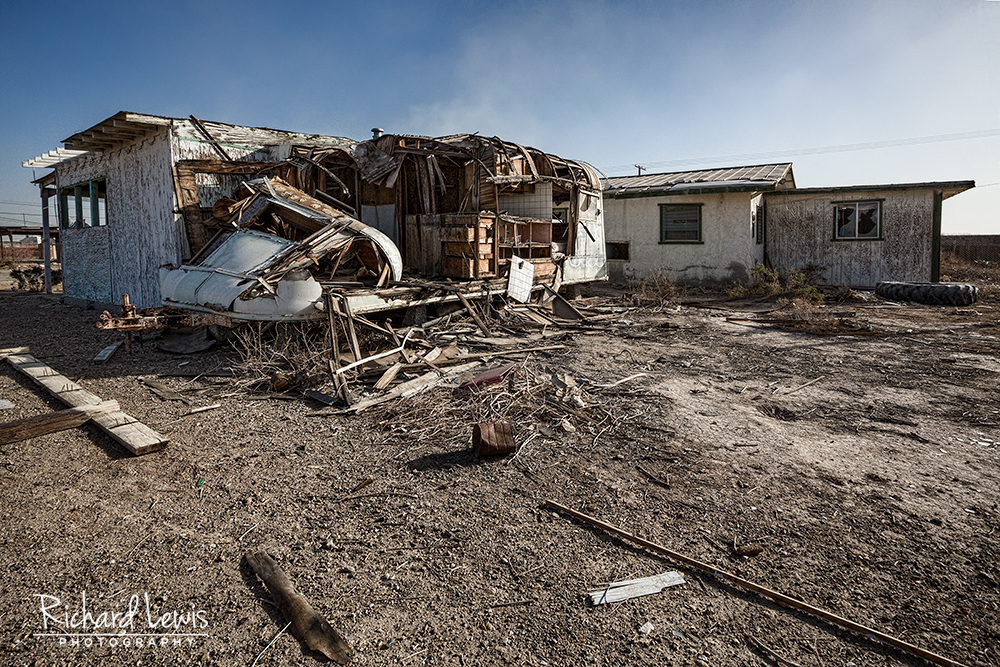 Old Trailer In A Sand Storm by Richard Lewis 2015 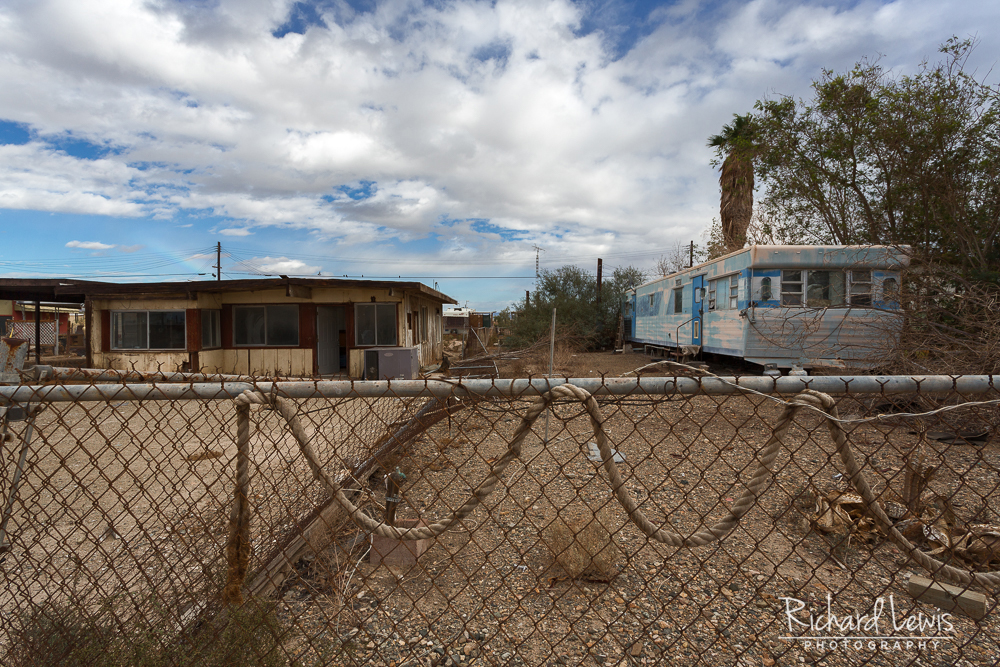 Abandoned House And Trailer With Rainbow by Richard Lewis 2016 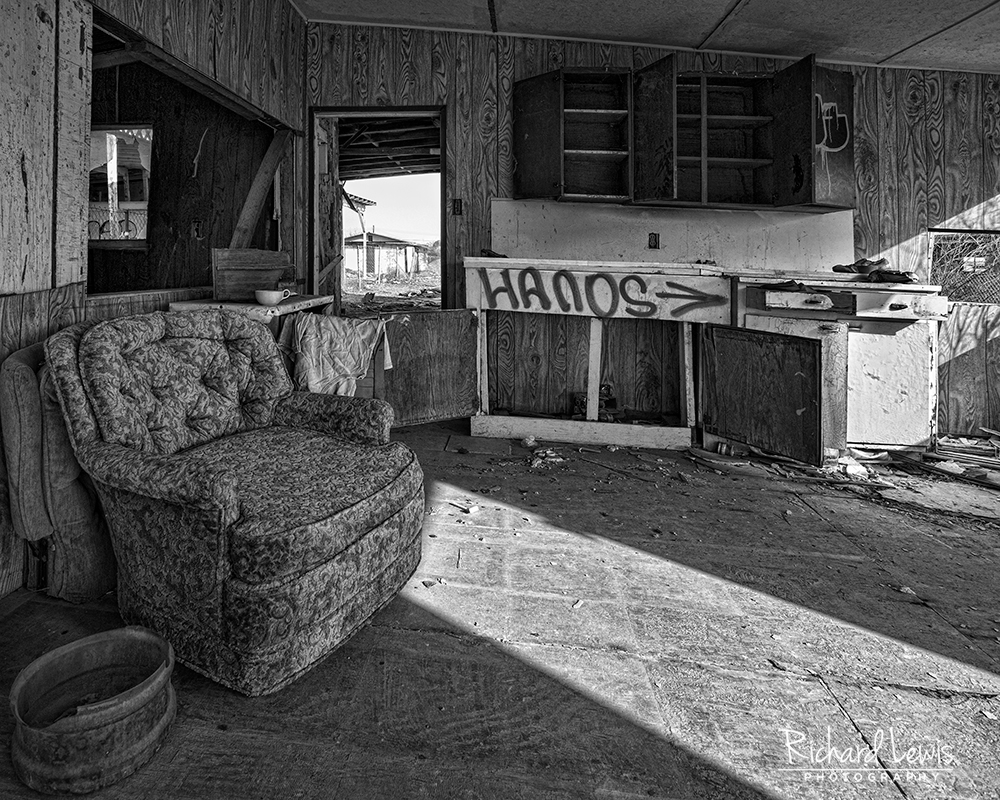 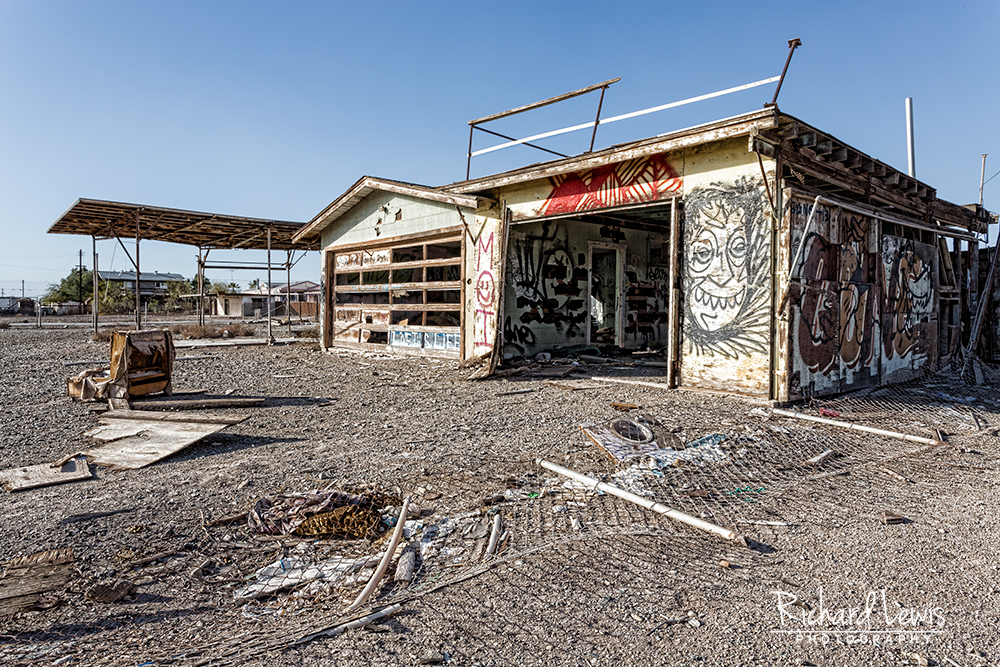 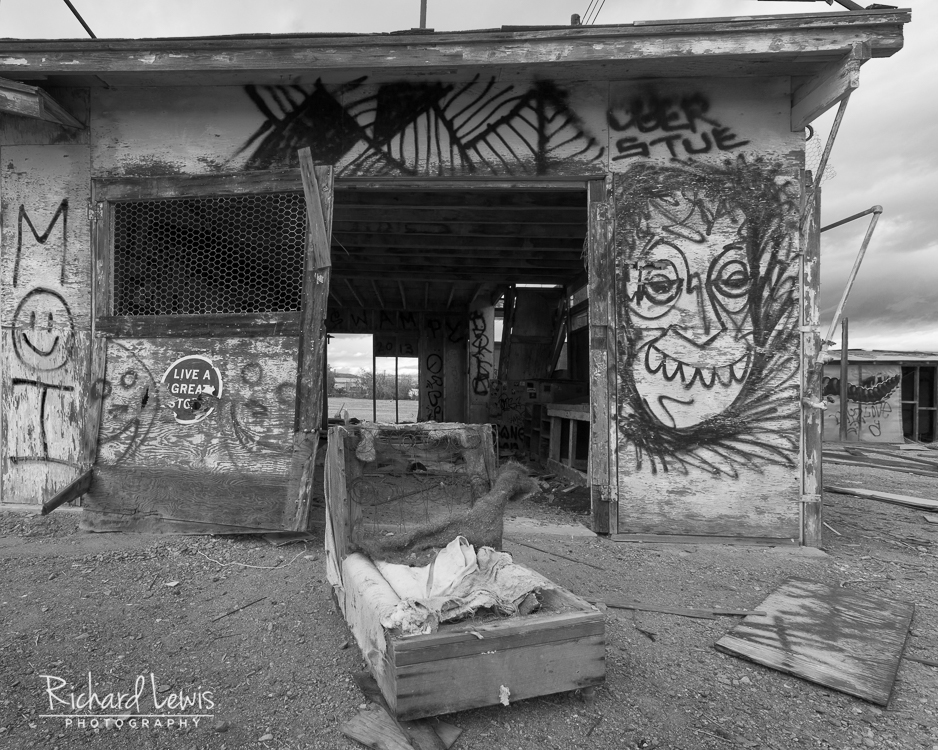 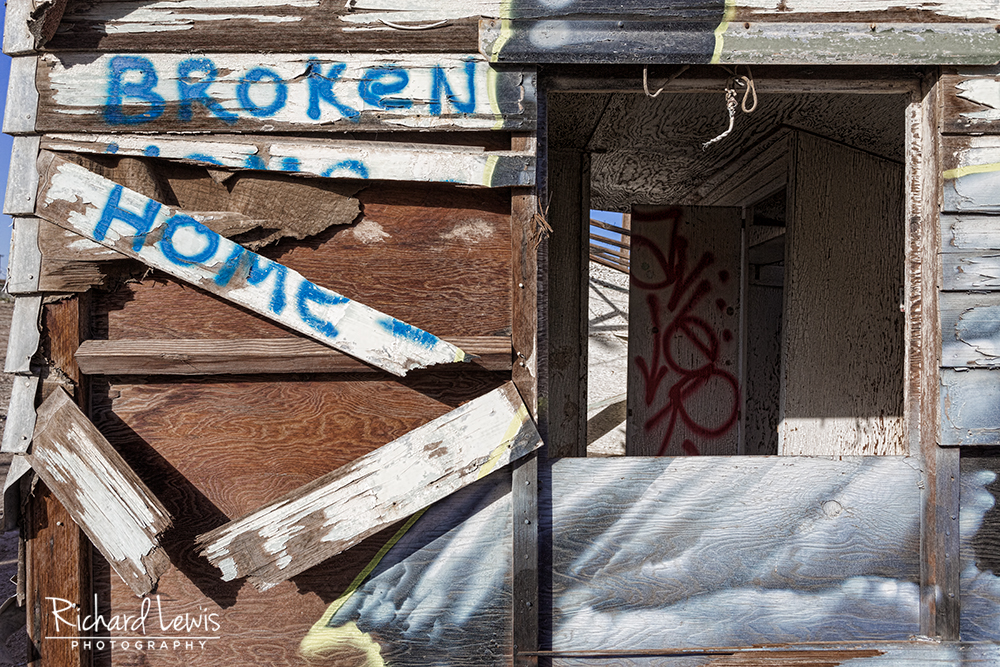 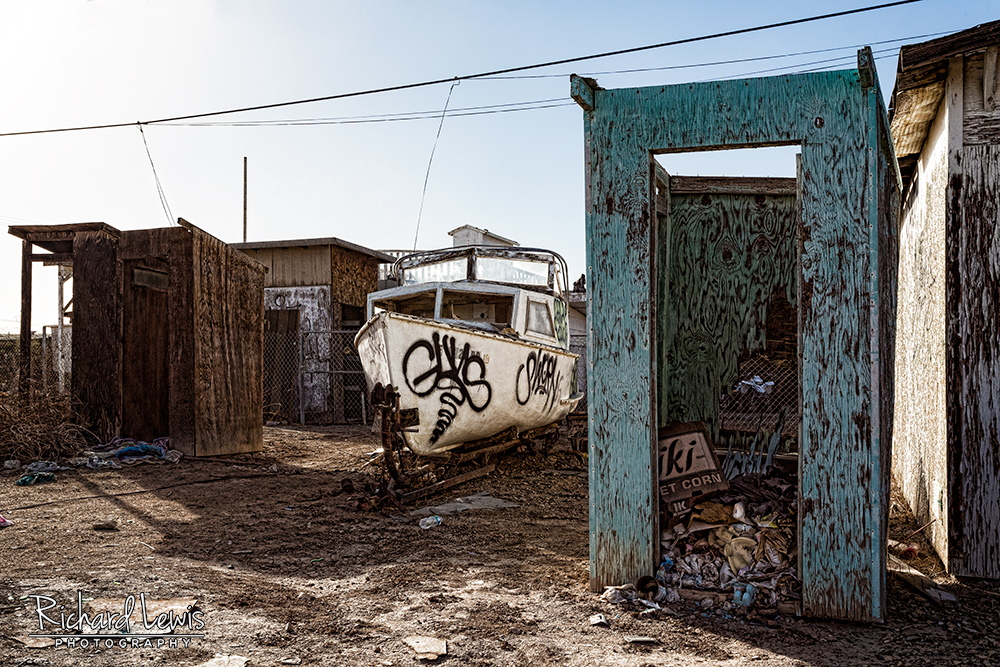 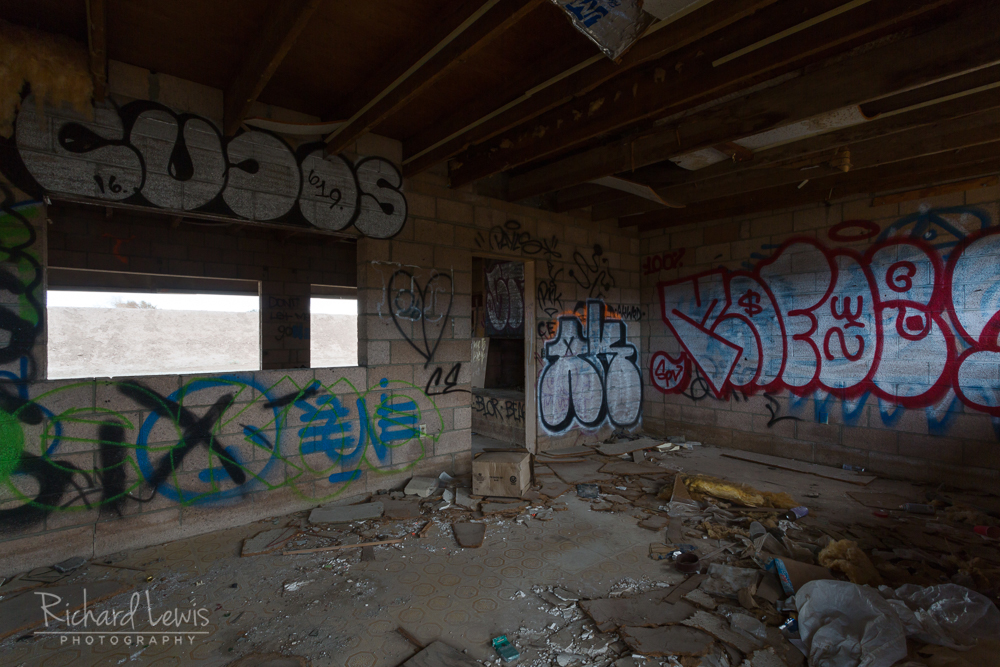 There are not a lot of interior photographs in this post because there is not much left to them. The small, simple houses have mostly been picked clean by urban explorers and scrappers. On a future trip I hope to talk to some of the residents and photograph them in order to tell the complete story of the rise and fall of Bombay Beach.

Technical Note: I photographed Bombay Beach twice under very challenging conditions. the first shoot (dated 2015) was on a bright sunny day with a wind storm blowing 60 mile an hour winds. The second time (dated 2016) was still very windy with scattered rain. Shooting under tough conditions requires forethought to protect your gear. Before leaving the car, I set up my equipment up so I would be ready for whatever conditions outside the car delivered. Because my view of choice when photographing abandoned places is wide angled, I put my trusty 17-40mm lens on the camera. I also stuffed a rain cover, towel and anything else that might be useful in my pockets so they would be quickly accessible without having to take the backpack off.

Emotional Note: One thing I’ve realized by kicking around abandoned places like Bombay Beach and learning how they become abandoned is that there is great need in our world. In the spirit of this season let’s all decide to help others in the coming year.