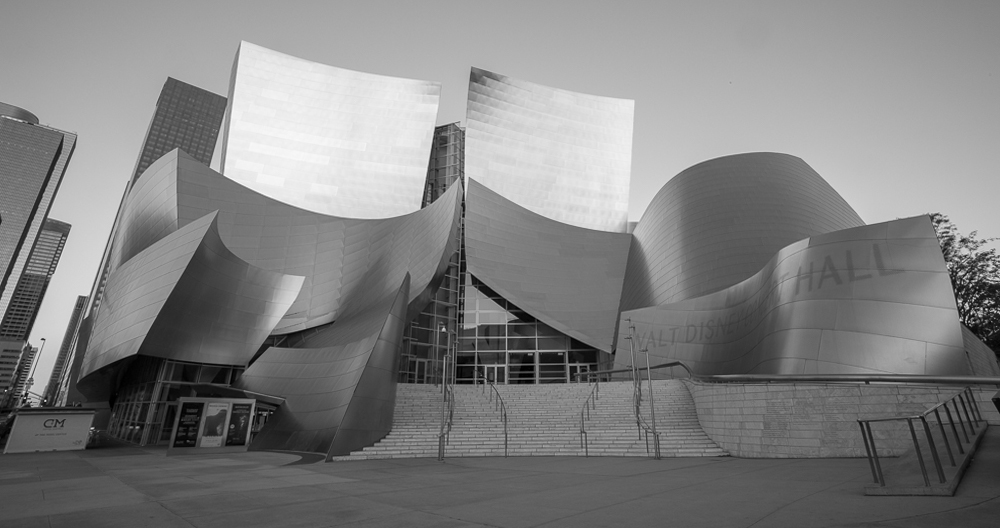 The Walt Disney Concert Hall in Los Angeles California is an unusual piece of architecture. Its oddly exaggerated lines and curves look like a bizarre, animated city skyline. The bent metal shapes of the building are designed to reflect light and create a delightful changing play of light and shadow throughout the day and night.

When photographing this building, I was drawn to the details details more than its overall design. The range of light reflecting off of it and the different shapes throughout the building reminded me of photographers Cole Thompson’s and John Barclay’s great black and white photographs of sand dunes in Death Valley. Their work lead to the realization that the extreme tonal ranges of light in these intimate architectural landscapes needed to be shown in black and white. Well almost. There are a couple of color images here to show how the nice the building reflects color, especially at night. 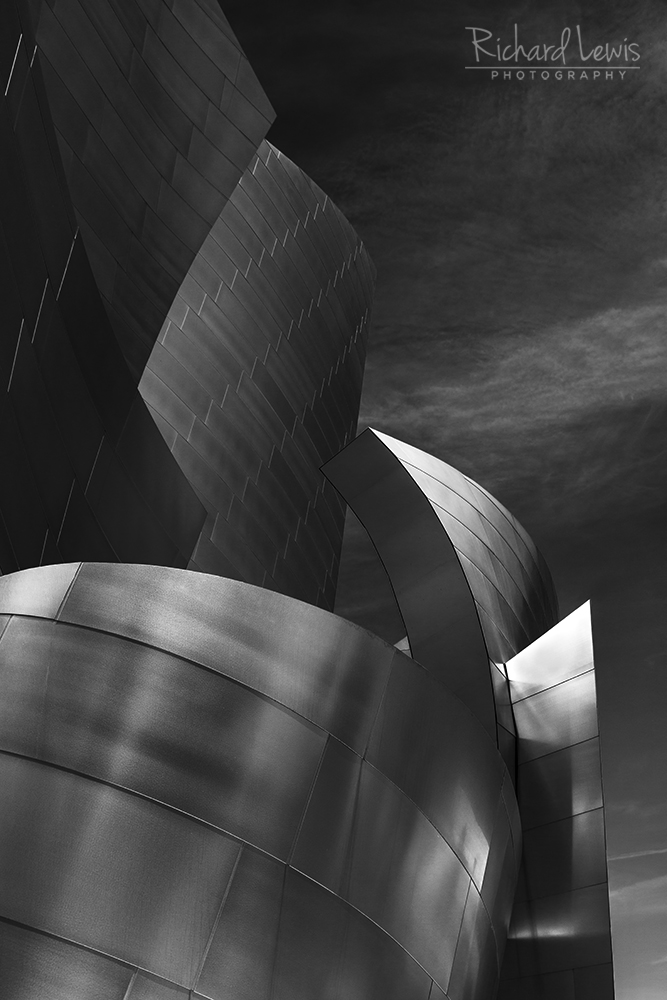 Sky And Reflection by Richard Lewis 2017 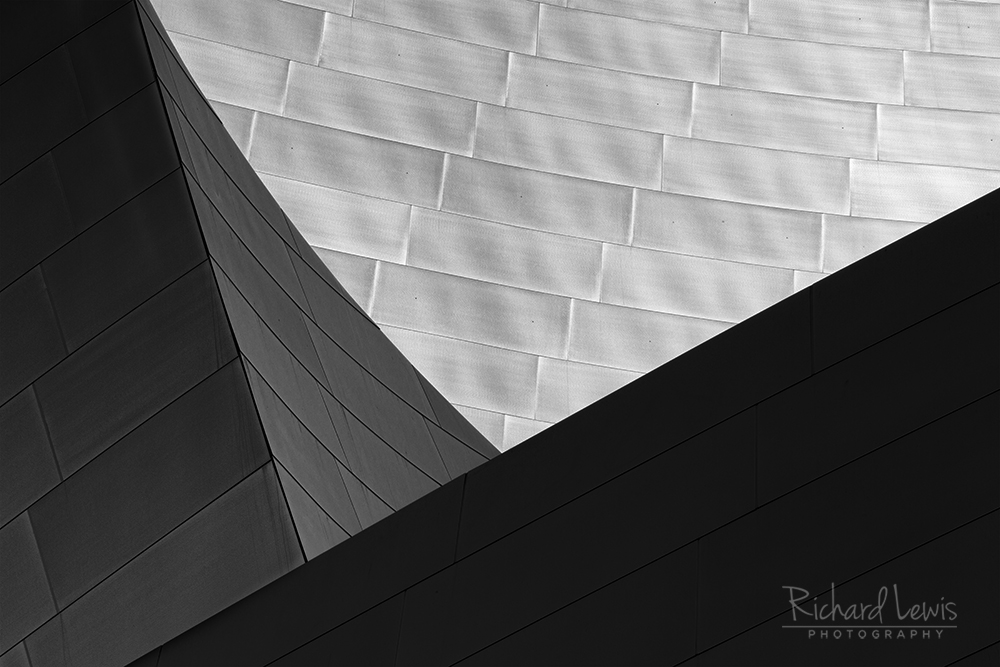 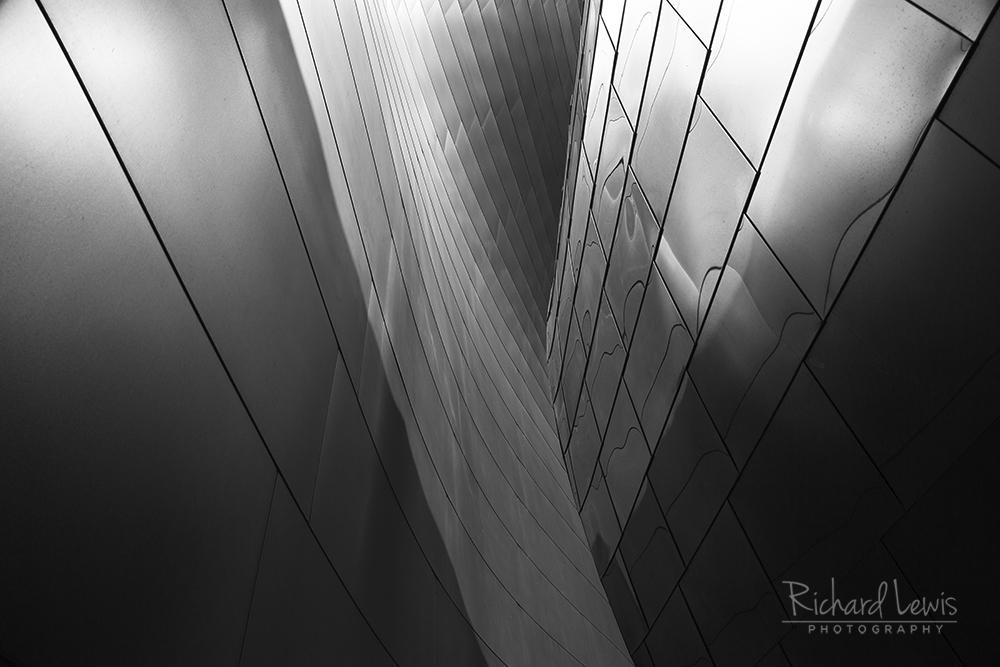 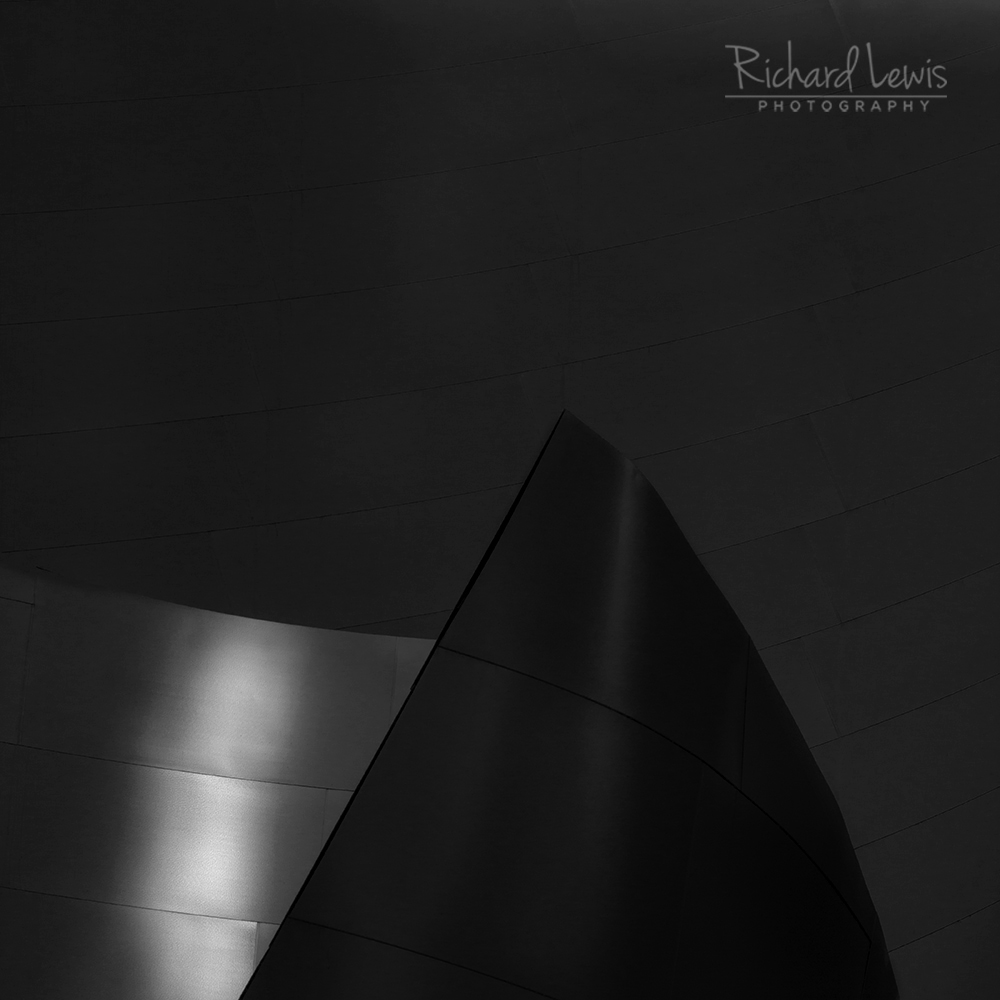 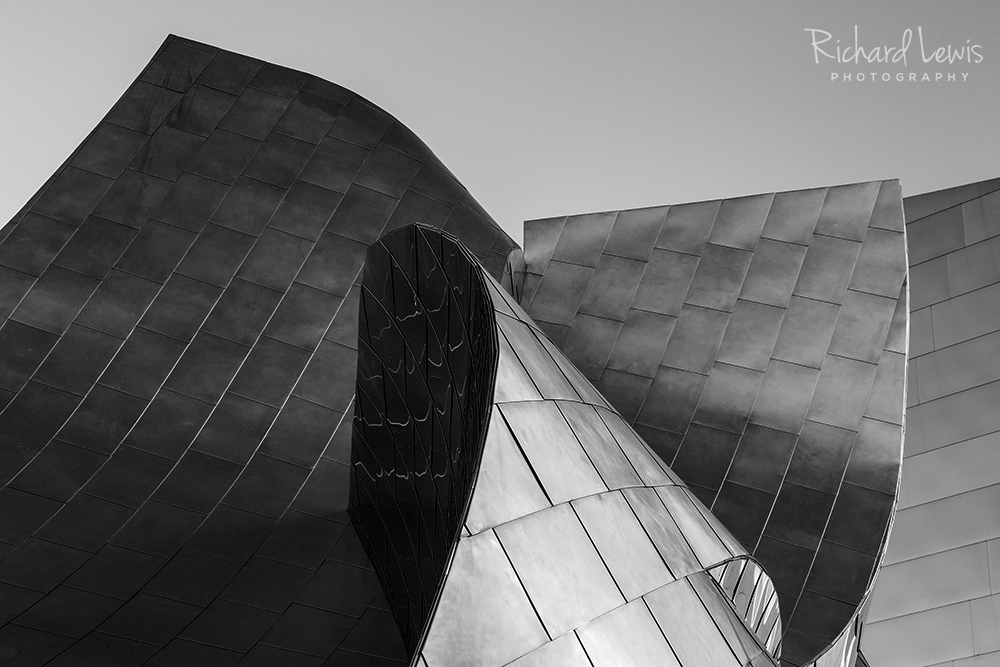 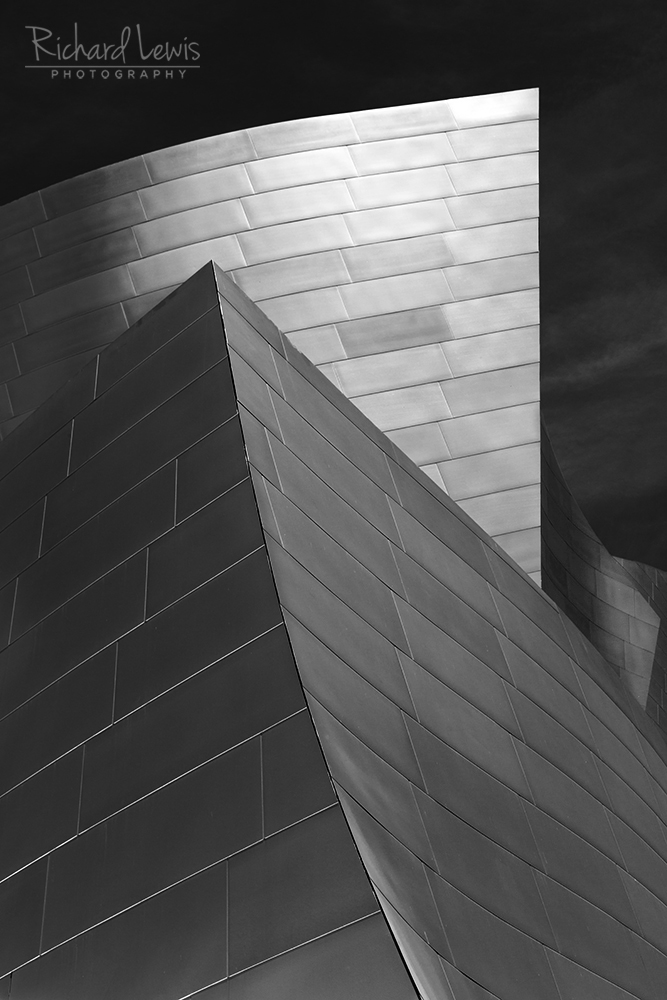 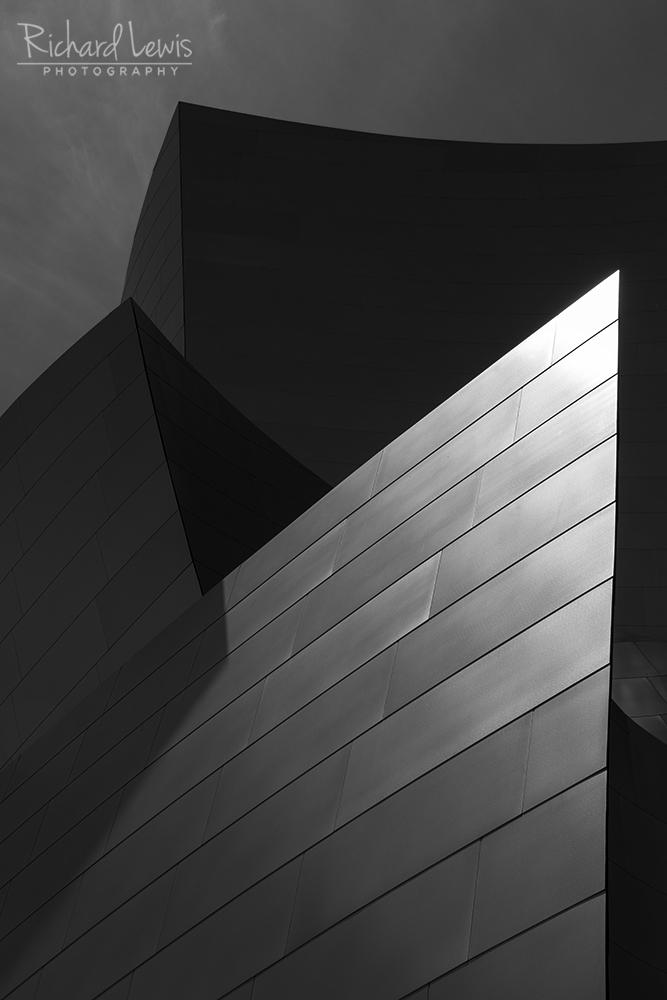 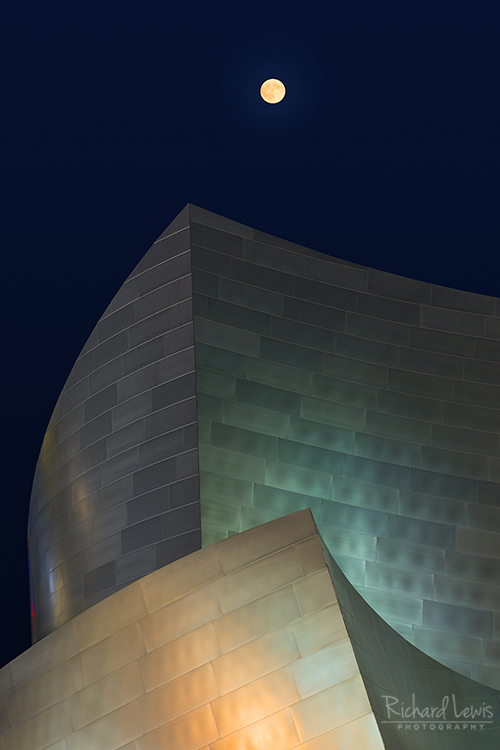 Disney And The Moon by Richard Lewis 2017

Disney and Its Neighbors

While I was admiring and photographing those sexy curves up close, it became obvious how the Disney Concert Hall’s design contrasts with the architectural visions of its neighboring buildings. 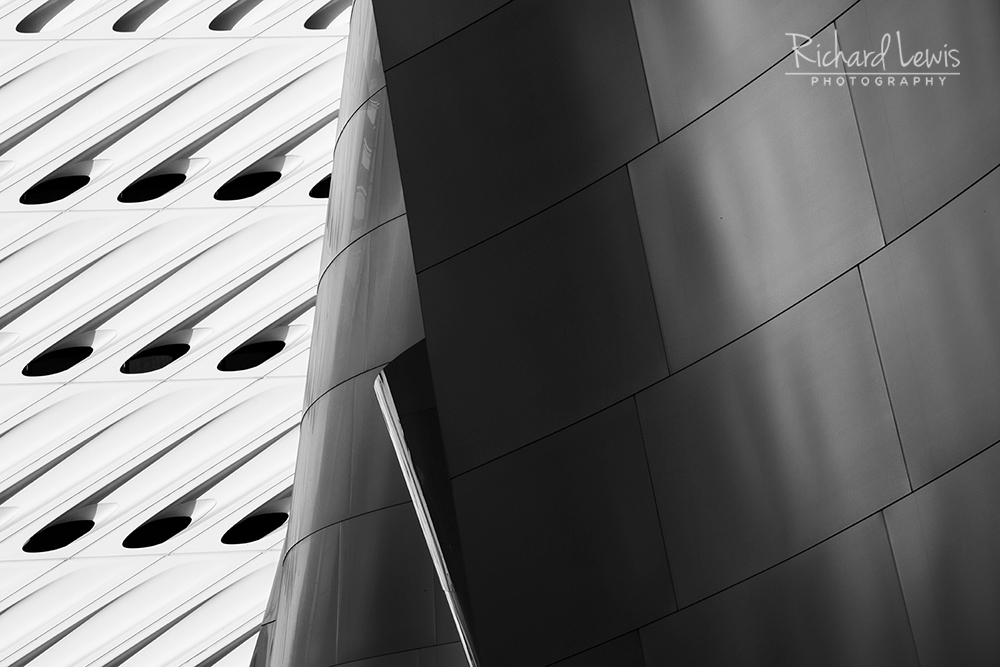 Disney And The Broad Museum by Richard Lewis 2017 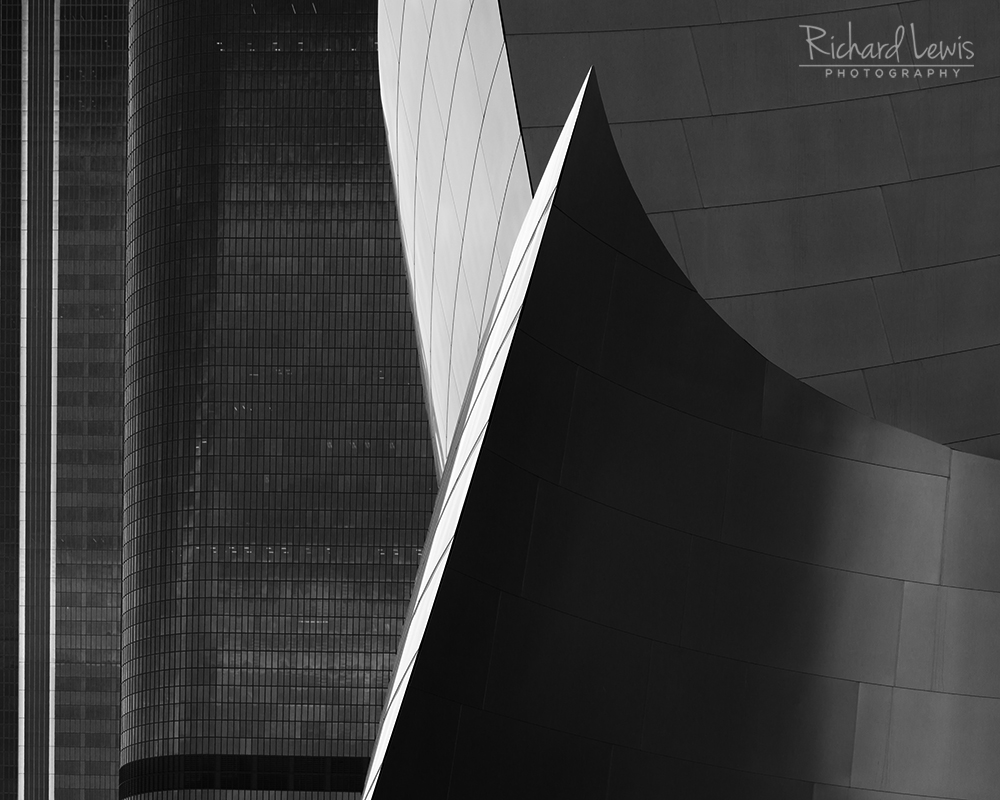 A Simple Study Of Urban Vision by Richard Lewis 2017

One interesting thing about architecture in a city is that it doesn’t exist alone. Any building becomes part of the street and skyline it inhabits. 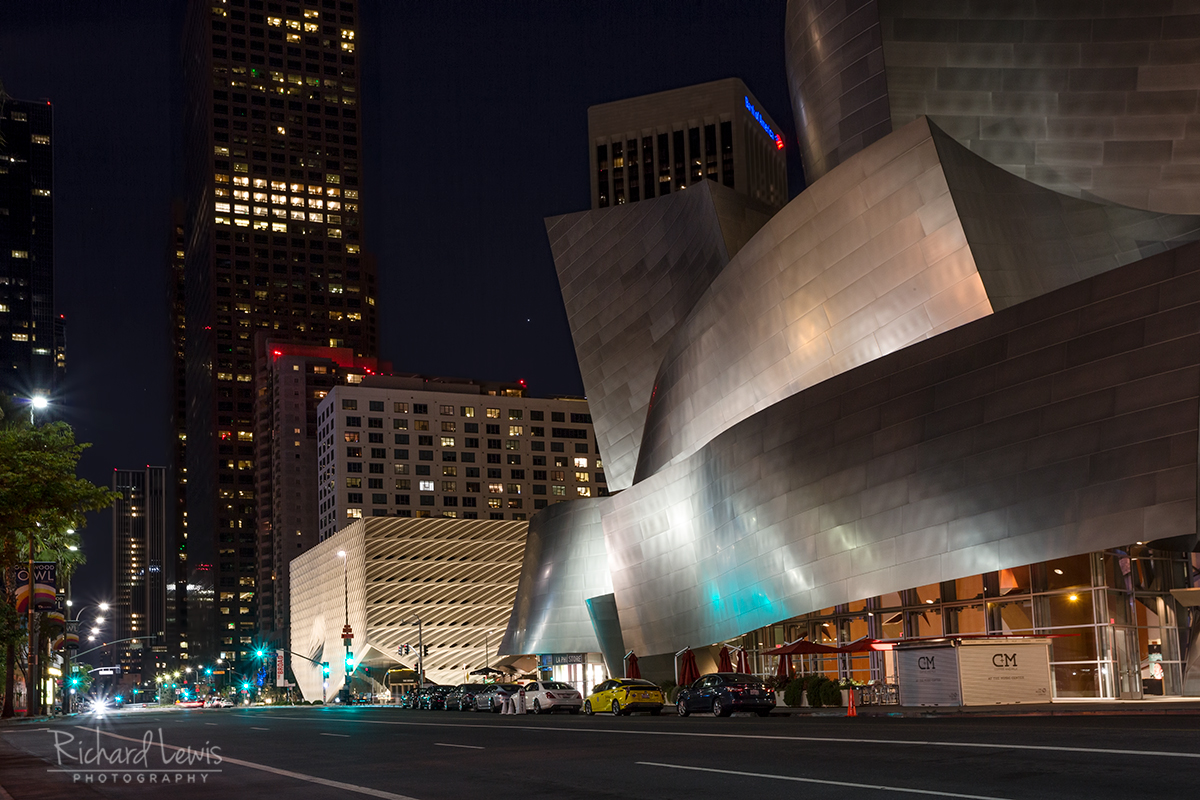 LA After Dark by Richard Lewis 2017

I hope you enjoyed this little architectural study. Let me know what you think by leaving a comment below.