The Finger Lakes Of New York

The Finger Lakes Of New York

Gorging on the works of nature and humanity.

The dramatic 215 foot Taughannock Falls you see at the top of this post isn’t in some western national park, or an exotic wilderness location. It’s in New York, the Finger Lakes region near the town of Ithaca to be exact.

The Finger Lakes in Central New York is known for its gorges and waterfalls.  During the Great Depression of the 1930’s, the Civilian Conservation Corps built elaborate pathways through these steep sided gorges that became New York State Parks. The pathways have beautiful stonework stairs and foot bridges that are designed to blend into the natural landscape.

These pathways provide relatively easy access to the gorges. As a result they are usually packed with people during the day. That was not the case in the wee hours of a summer morning. At 5AM every day, I found myself alone in these gorges and felt the energy and power of the water sculpting the rocks. It gave a sense of reality to this quote from Chinese philosopher Lao Tzu (The Art Of War):

“In the world there is nothing more submissive and weak than water. Yet for attacking that which is hard and strong nothing can surpass it.”

There are so many gorges in the Finger Lakes area.  Each has it own set of waterfalls that seem to appear around every corner. 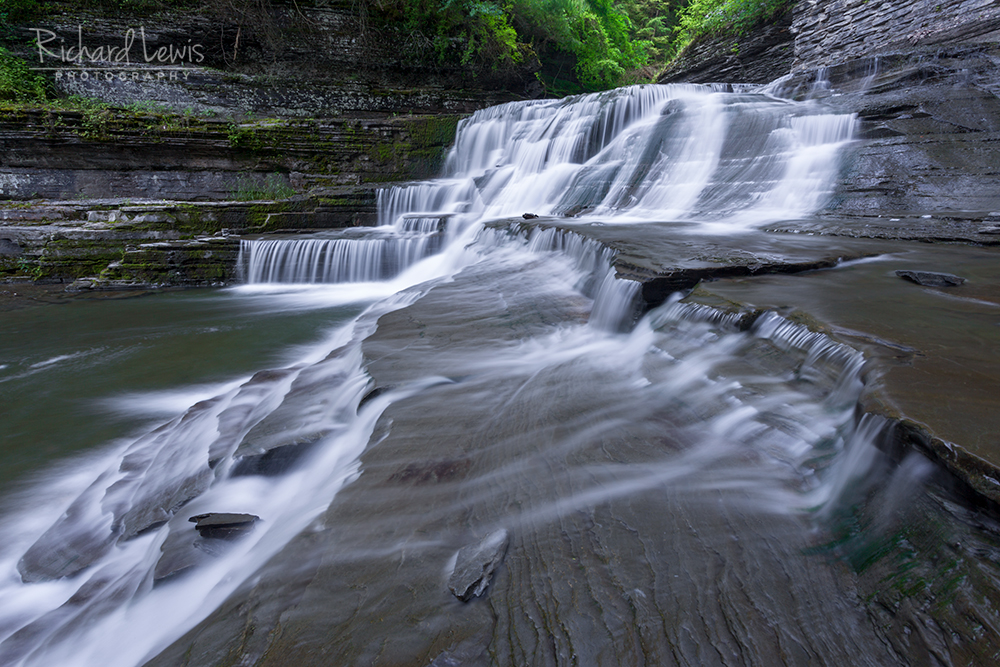 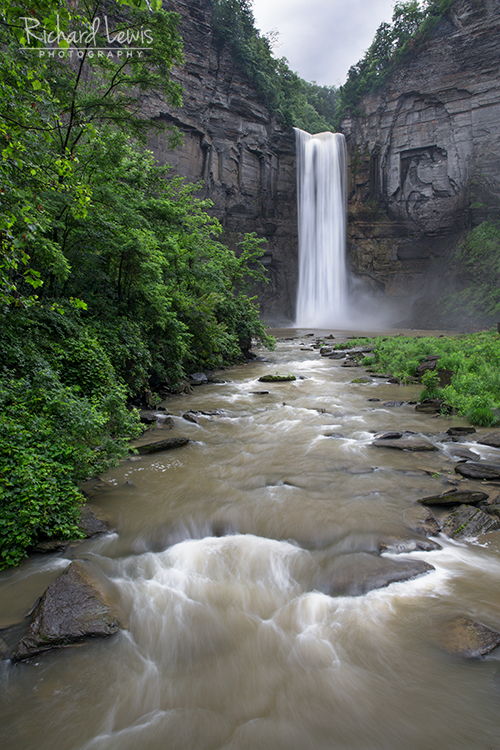 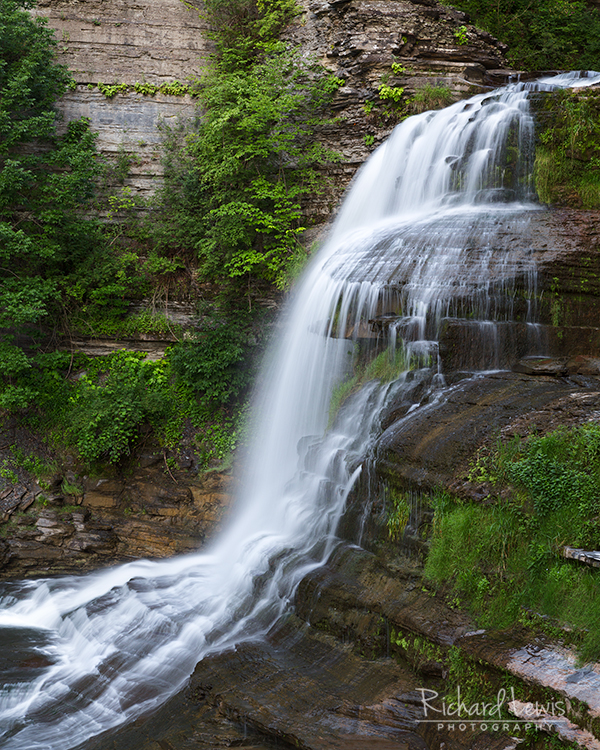 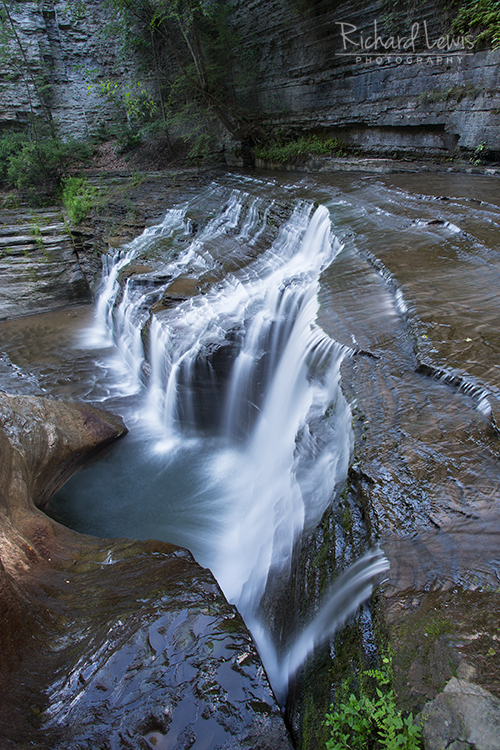 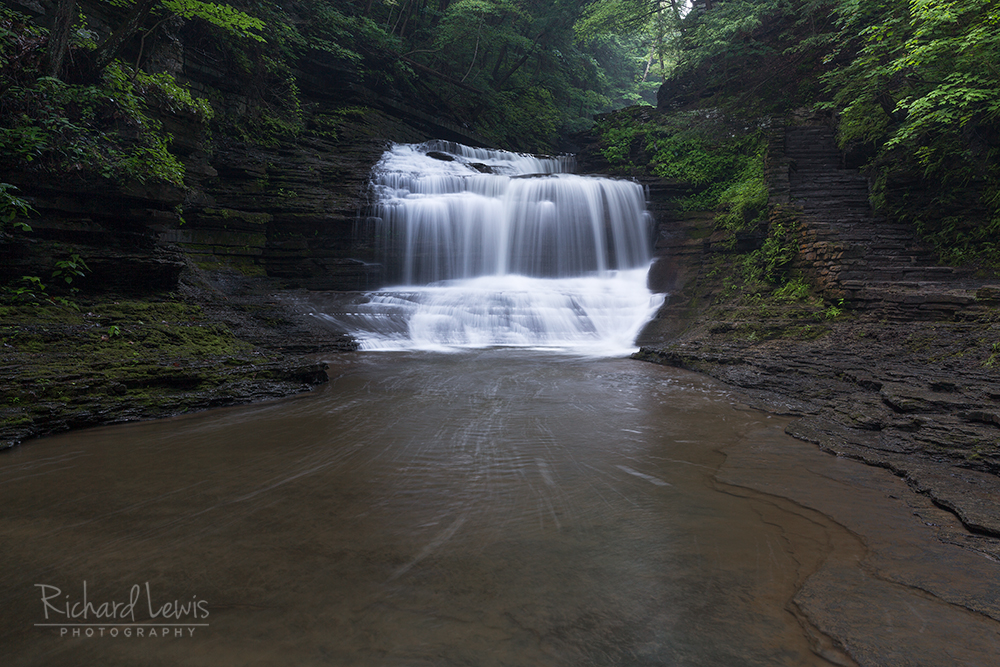 The stonework bridges, stairways and trails are not only a feat of construction magic, but were designed to blend in and compliment the landscape they wander through. 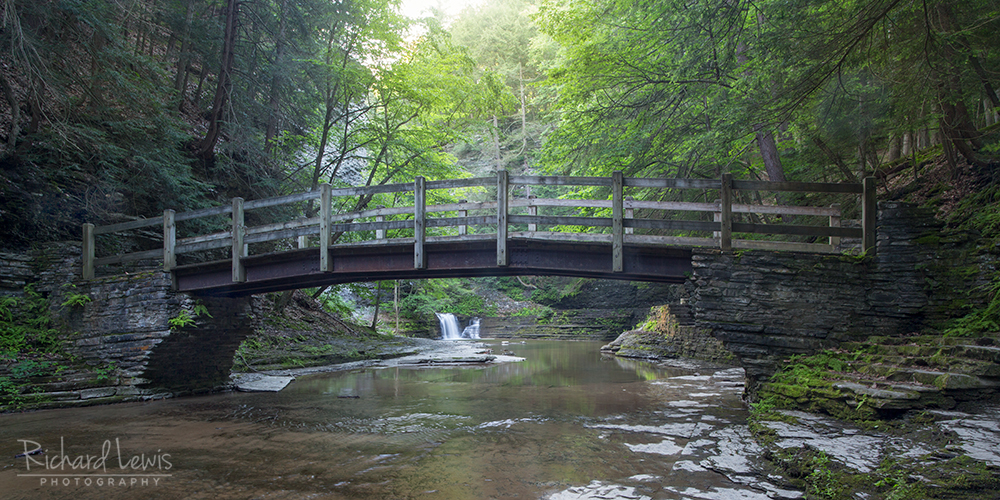 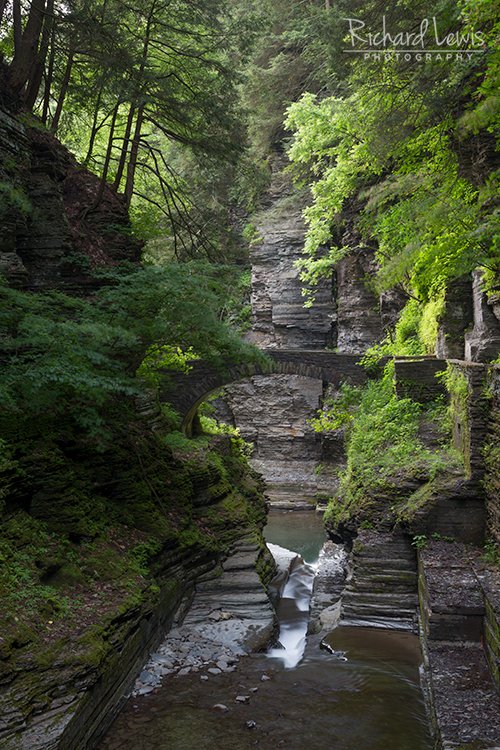 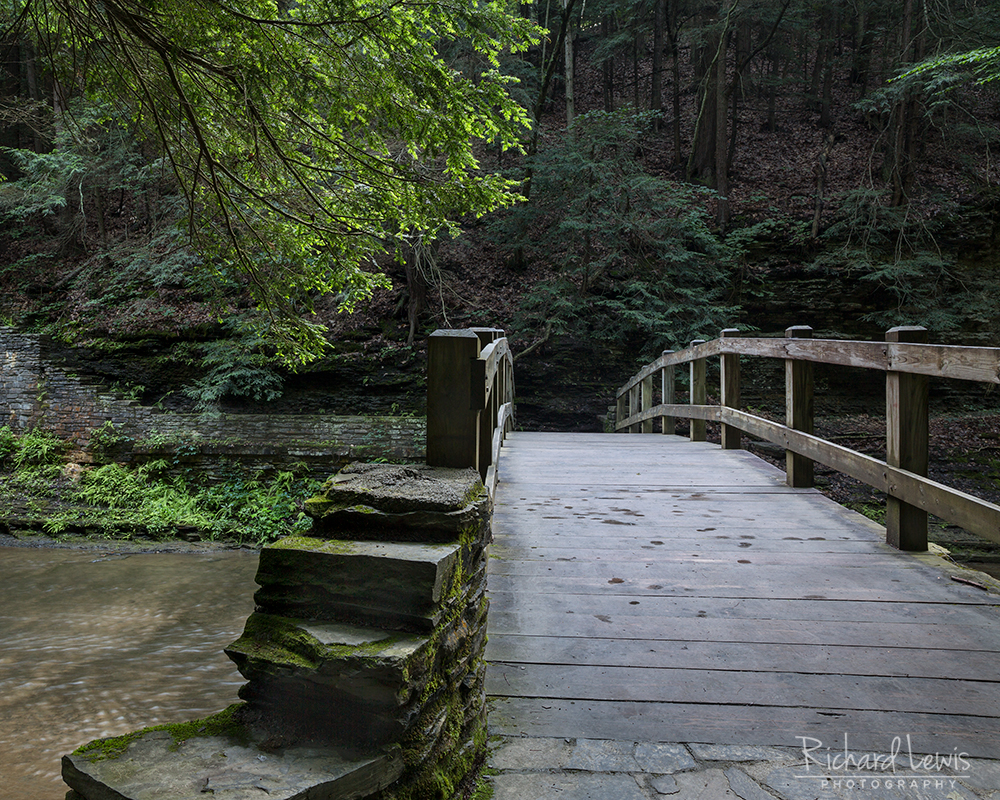 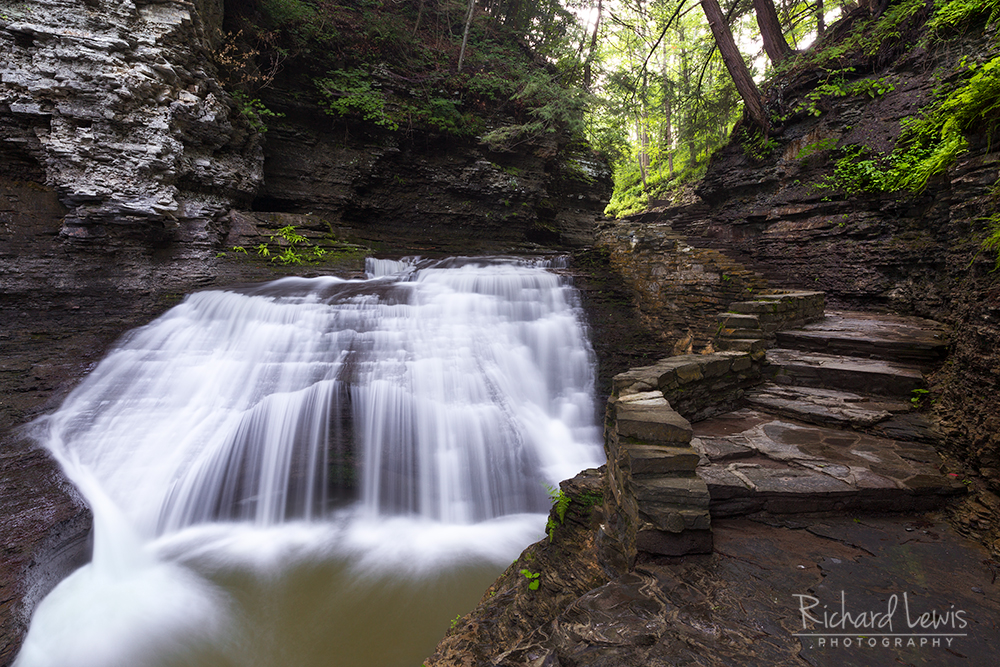 Buttermilk Creek With Falls With Path by Richard Lewis 2017

The gorges range from tight narrow places to wider steep sided valleys. While the waterfalls are what attracts most of the visitors here, I find the natural sculpture that the water creates between the falls can be even more beautiful and at times looks quite abstract. 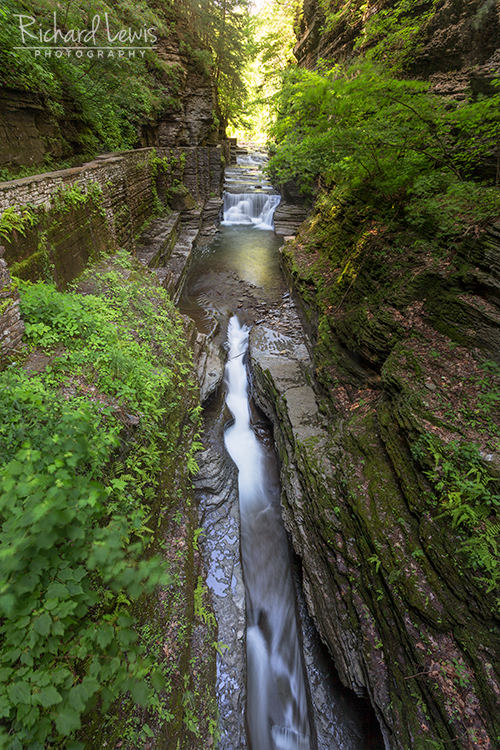 The Gorge At Treman State Park by Richard Lewis 2017 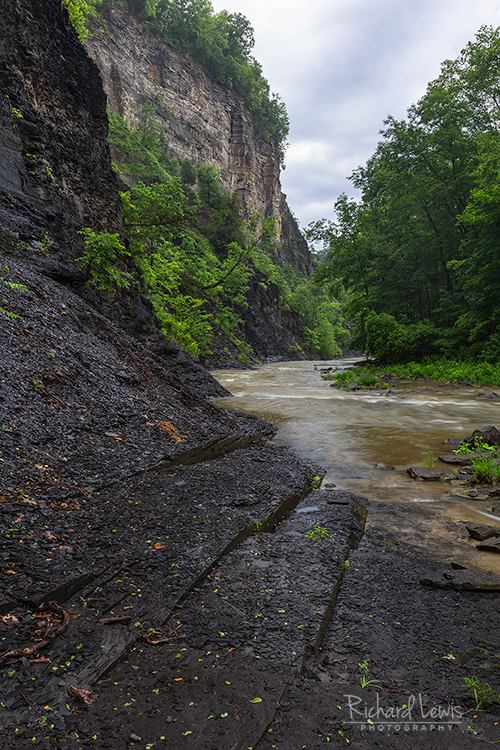 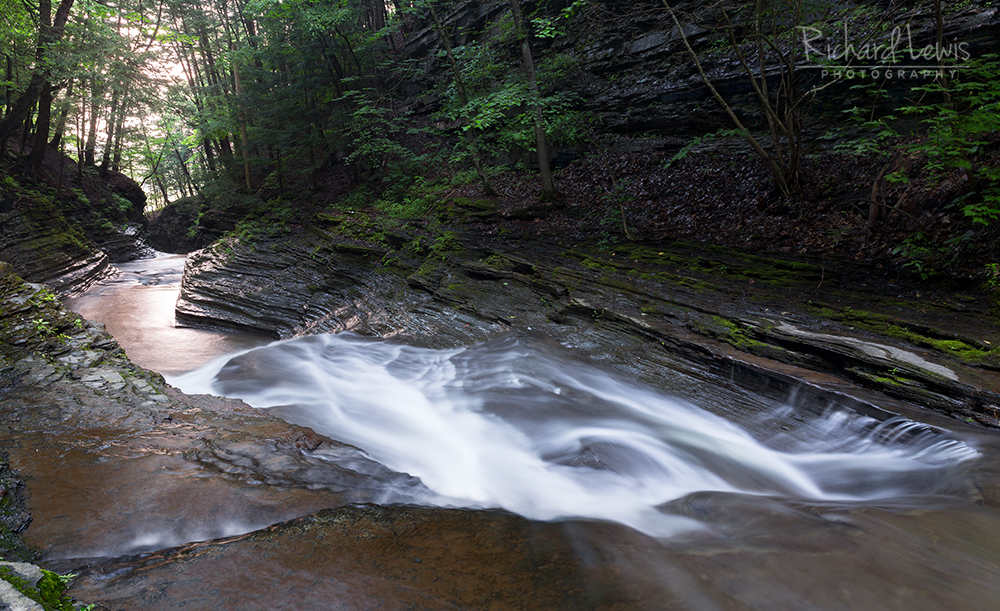 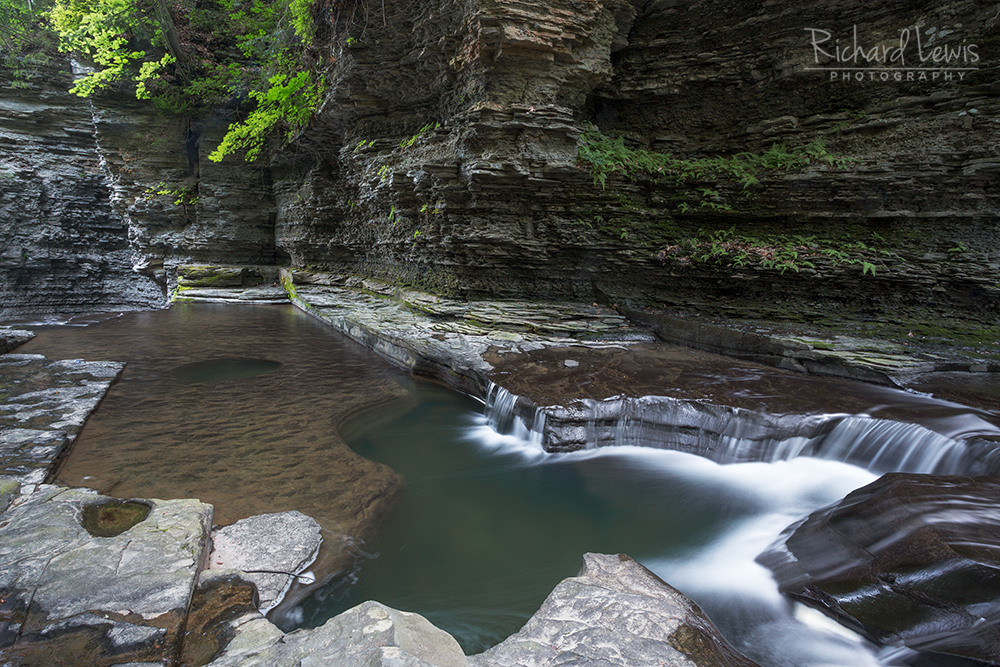 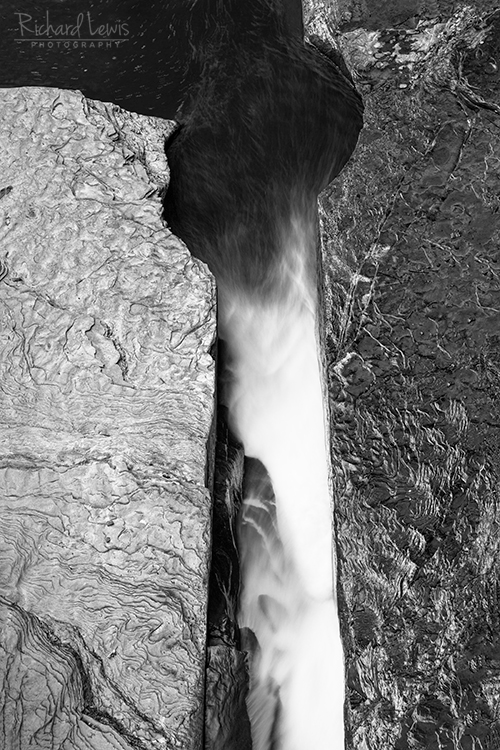 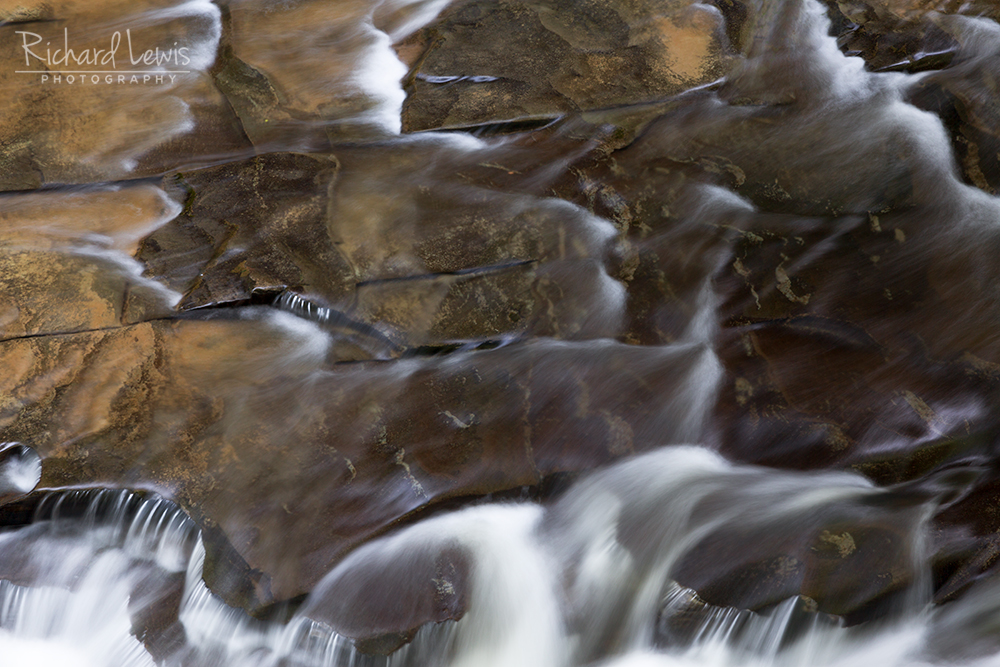 The normal routine for a landscape photographer is to plan when and where the sun rises. This is done in order to find the right spot to take in the blue hours of early twilight and the golden hours of dawn. Not so in a gorge. It’s deep and dark, usually with a tree canopy overhead, meaning the light is diffused and not direct. Instead of obsessing on where the sun was, it became all about the gorges. Things like humidity, the direction they run in, temperature, and more all influence the quality of that diffused light.

It’s one thing to come back from a trip with nice photographs and another to feel like you have experienced something that has made you a grow as a photographer. Being in these Finger Lakes gorges with their sculpted walls, waterfalls and human made stonework was a place to do that.