Photography Workshops in an Abandoned Piece of New Jersey History

Abandoned places are always fascinating. For history buffs, learning their unique story is exciting. For photographers, creating art from abandonment is a challenge. As someone who is both a photographer and history buff, it is a way to complete the puzzle of American history on a more intimate scale while recording a building’s heritage through artistic photography.

White Hill Mansion in Fieldsboro, NJ was built along the Delaware River in the 1720’s by Robert Field. The home got caught up in the American Revolutionary War when the British suspected it as a den of spies. During the war, it was also occupied by Hessian mercenaries fighting for the British until the American army drove them out of the area.

In the 19th century, the mansion became home to several prominent families including a potter who built a kiln in the basement and a US Senator. Most of them made their mark on the White Hill Mansion by expanding and updating it. In the late 19th the home fell into obscurity until the 1920’s when it was revived and started a new, more twisted chapter in its history.

The 1920’s were the era of Prohibition in the US. During this time an upscale restaurant opened at the mansion. Well, it was a restaurant on the first floor. The basement featured a speakeasy bar and the second floor hosted private dining rooms with access to the third floor brothel. Over the years, the restaurant changed hands several times and became just a restaurant in the quiet town of Fieldsboro, New Jersey on the Delaware River.

In the 1990’s, the building was slated to start another chapter by becoming the home office of a local corporation. When the planned renovation became a demolition plan, the town of Fieldsboro stepped in and purchased it. Currently dedicated volunteers are working hard to keep it preserved. 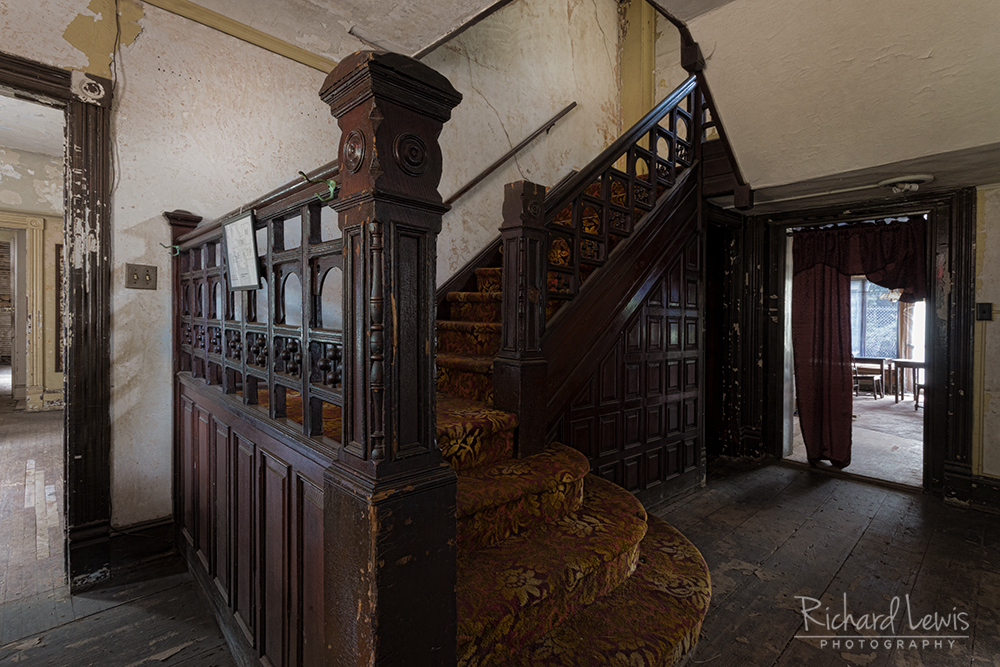 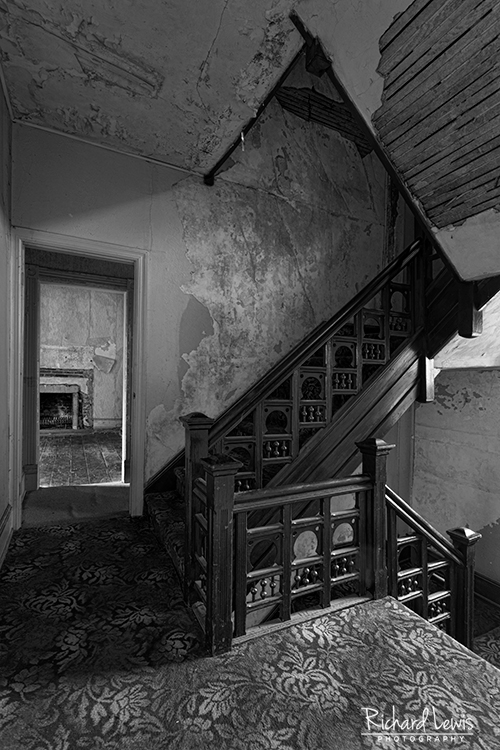 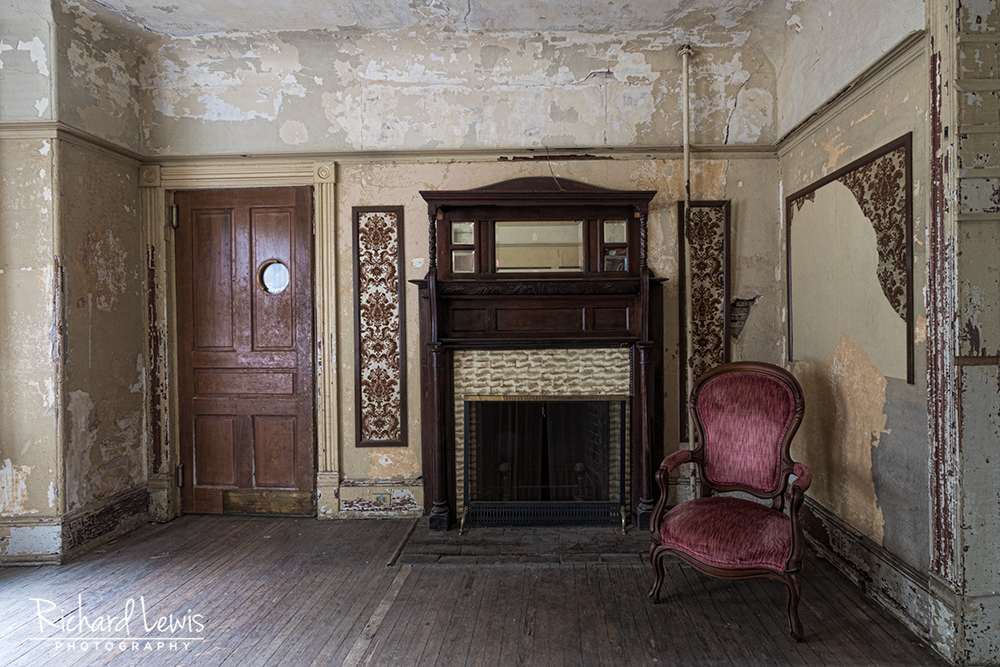 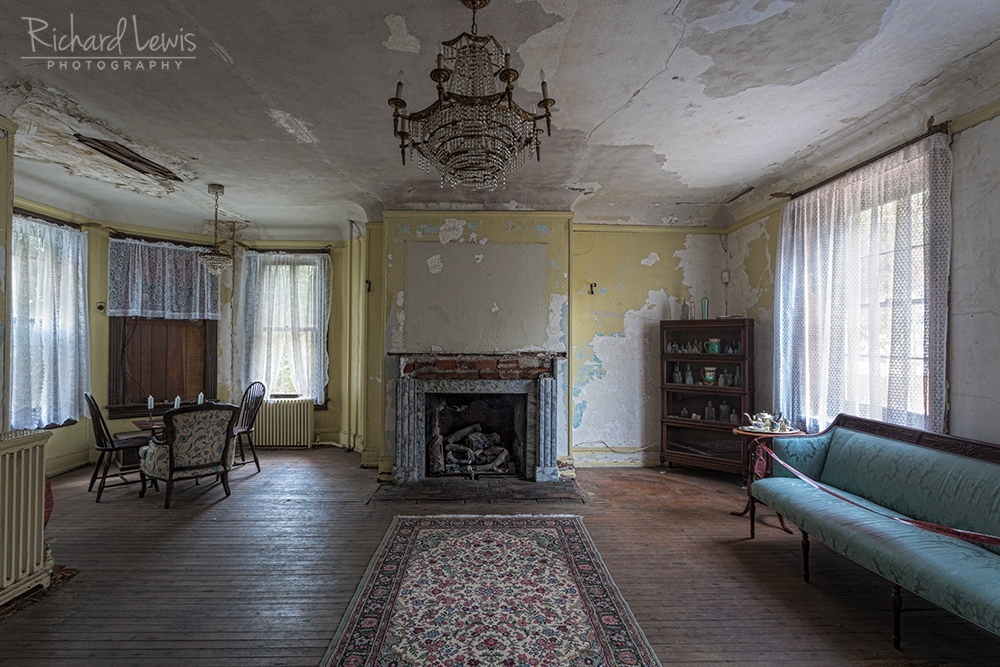 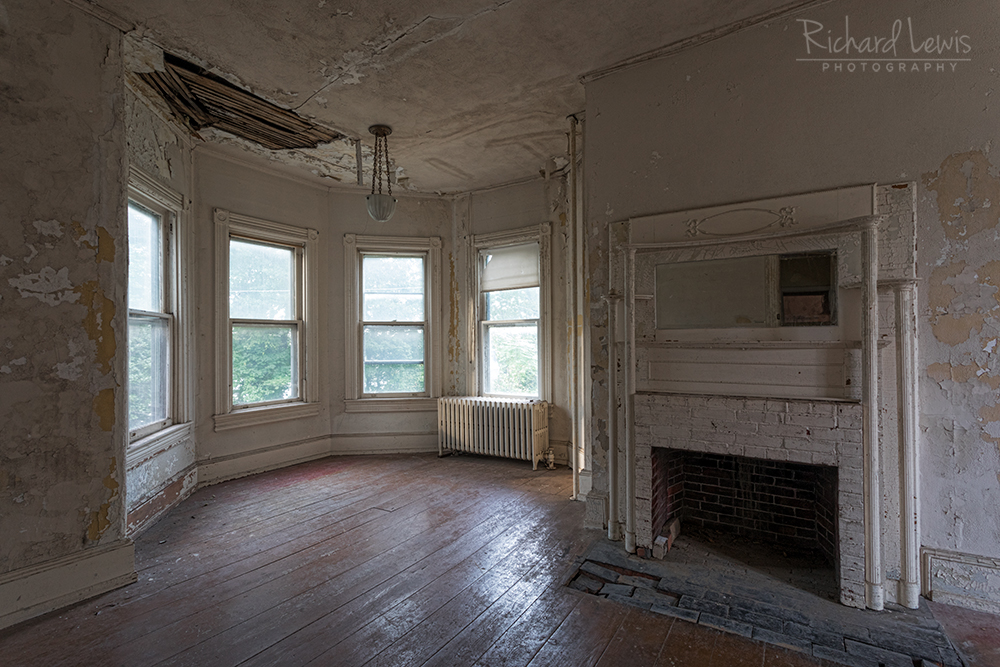 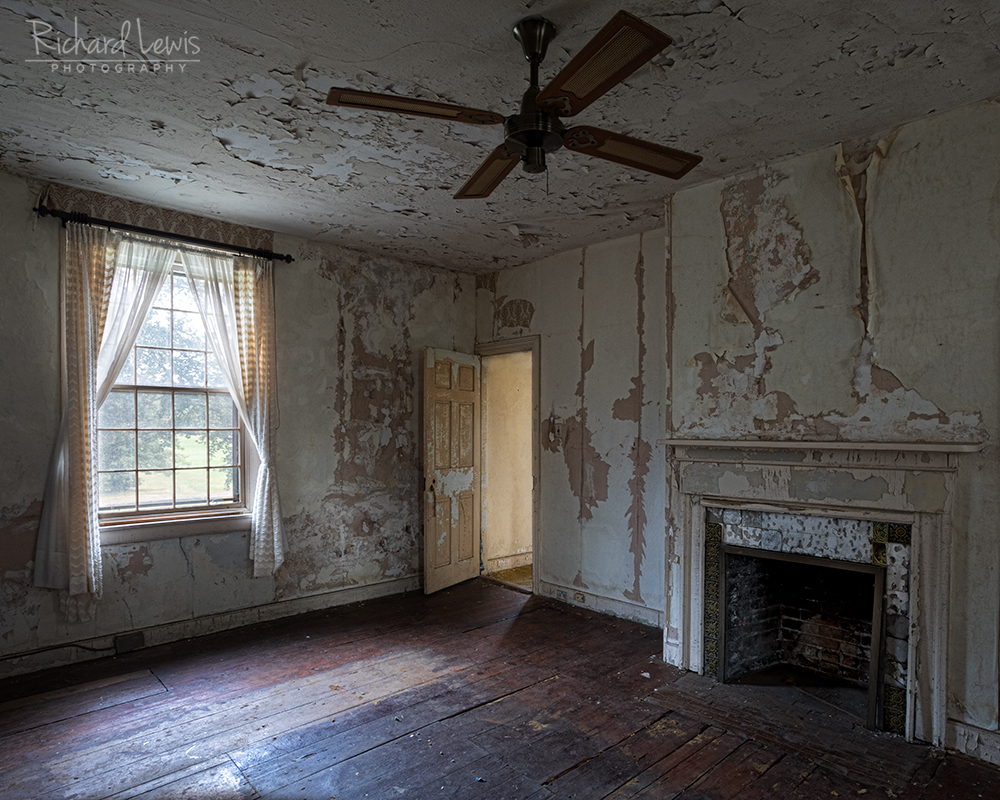 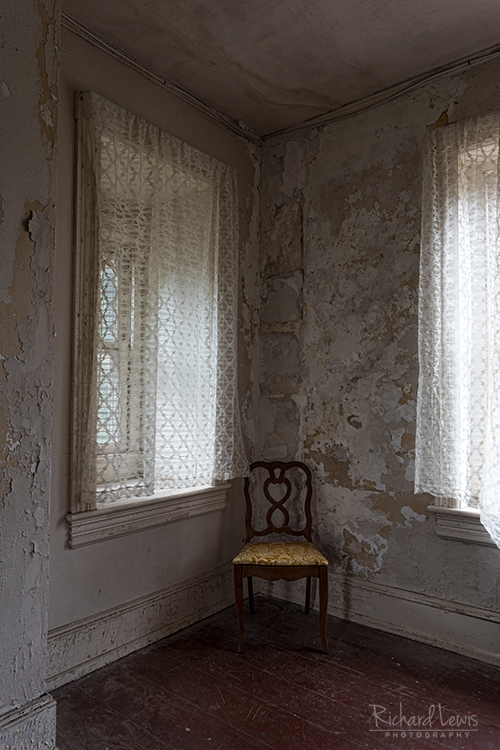 Chair By Windows by Richard Lewis 2017 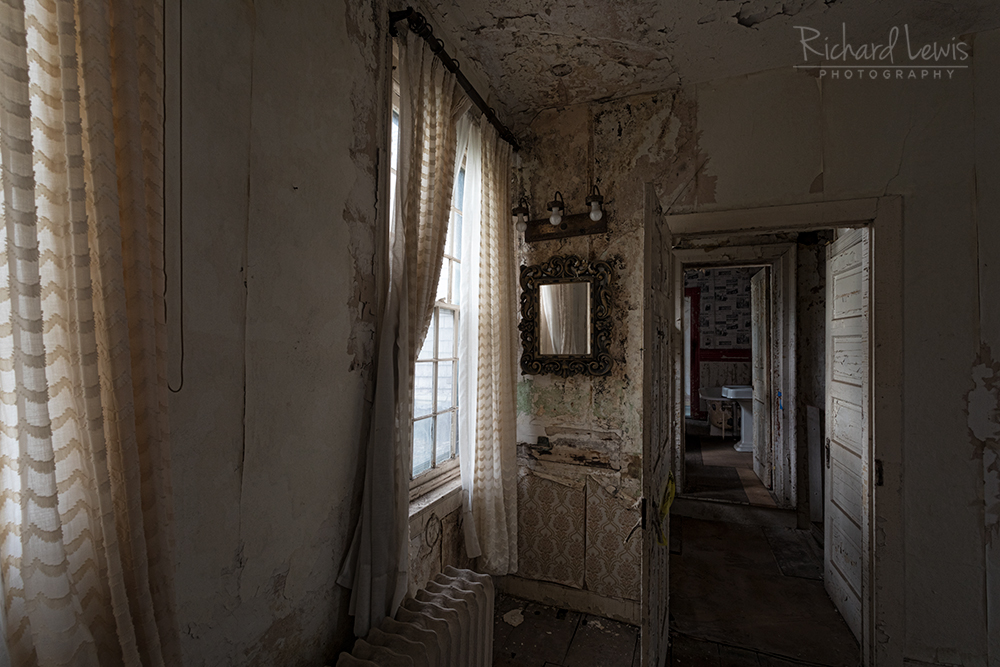 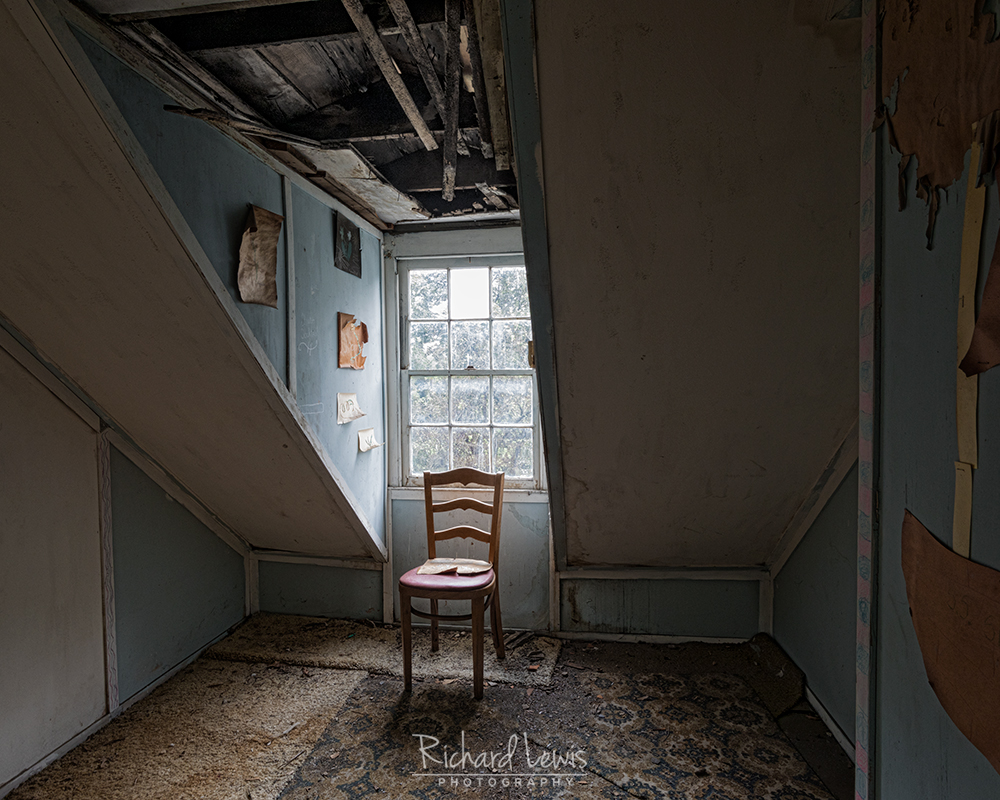 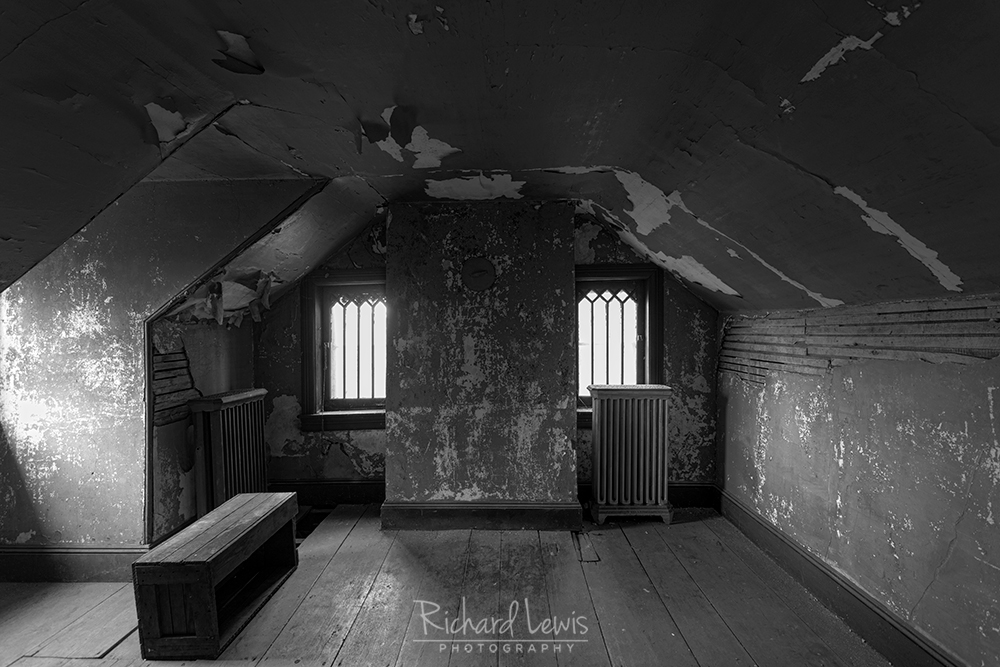 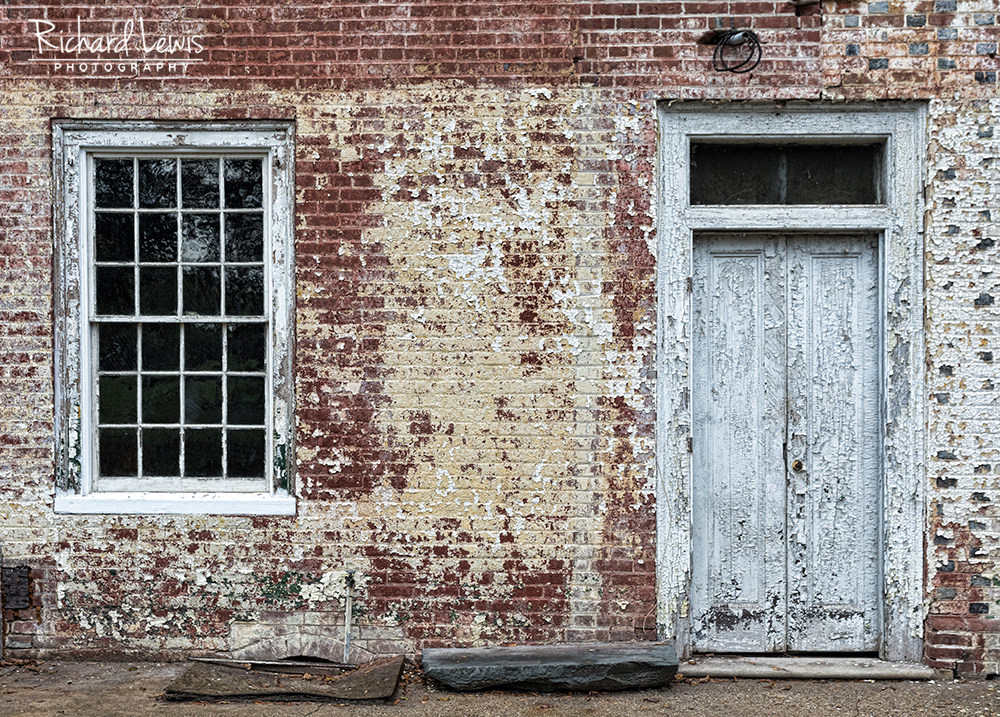 White Hill Mansion can never be a pristinely restored historic site as its years of history and modifications would make that difficult. Instead, it is being stabilized and its abandonment is being capitalized on with ghost and similar types of tours.

For the longest time I’ve been asked to offer photography workshops in abandoned places. Now it is happening–thanks to a partnership with the Friends of White Hill Mansion. These exclusively photographic workshops will open the entire mansion for photographers to explore the history in its cracked walls and peeling paint. It will also be a learning experience for photographers who want to improve their skills using this amazing building as a backdrop to do so. Half of the proceeds of these workshops will help preserve this unique piece of New Jersey history.

Learn more about these workshops