Birth Of A Day

Birth Of A Day

Properly planning a photo shoot can mean the difference between an amazing result and a mediocre one. There is nothing worse than arriving at a location just after the best light has happened. So what do you do when your photography instincts want to override a well thought out plan? Good question. It is a question that might be answered by another one… How many times have your instincts been right? Maybe there are times when a plan should be scrapped and you should follow an impulse.

Here is a recent example. I planned to shoot the fall colors along a favorite creek in New York. All week, as I stared at a map, my attention kept being drawn somewhere else, Sterling Lake in Sterling State Forest. I’ve hiked and shot at this lake before and was never happy with the results so why even consider wasting a perfectly good fall morning here?

On the morning of the shoot I was out the door at 5am to drive 20 minutes for a 7:30 sunrise. Way too early so I had plenty of time to kill. When I got to the proverbial fork in the road (this one was actually real), I took the fork towards Sterling Lake. It was a good decision.

Even at 5:30 AM it was still very dark, clear with a light mist on the lake. Why not use the opportunity to practice a little night photography? Surprisingly, there were more visible stars than I expected being so close to New York City. Full disclosure: The shooting star in this image actually appeared in the sky, just not when I was taking this photograph. 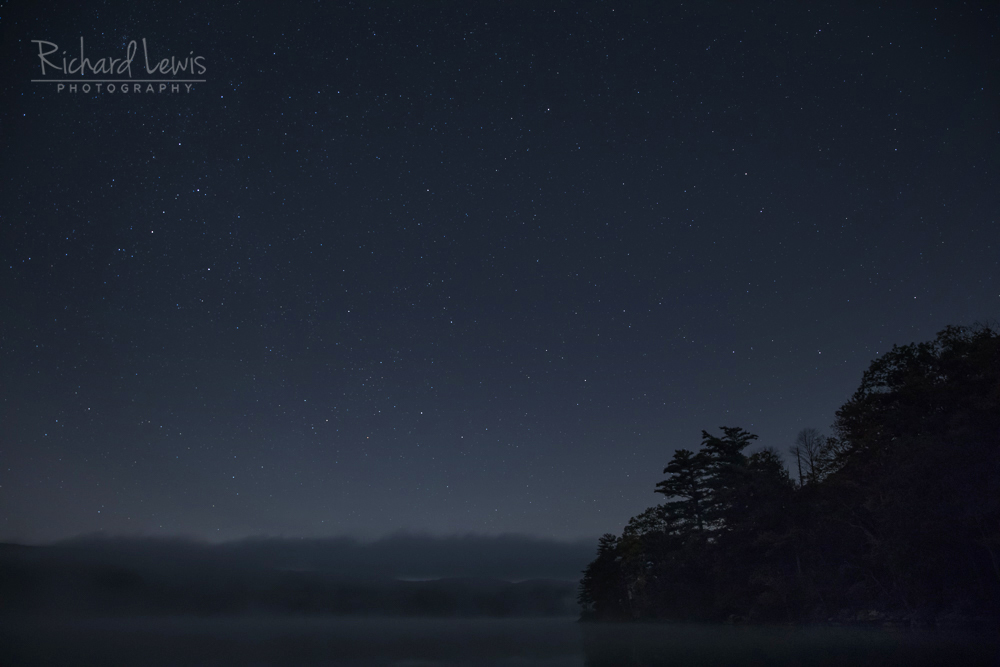 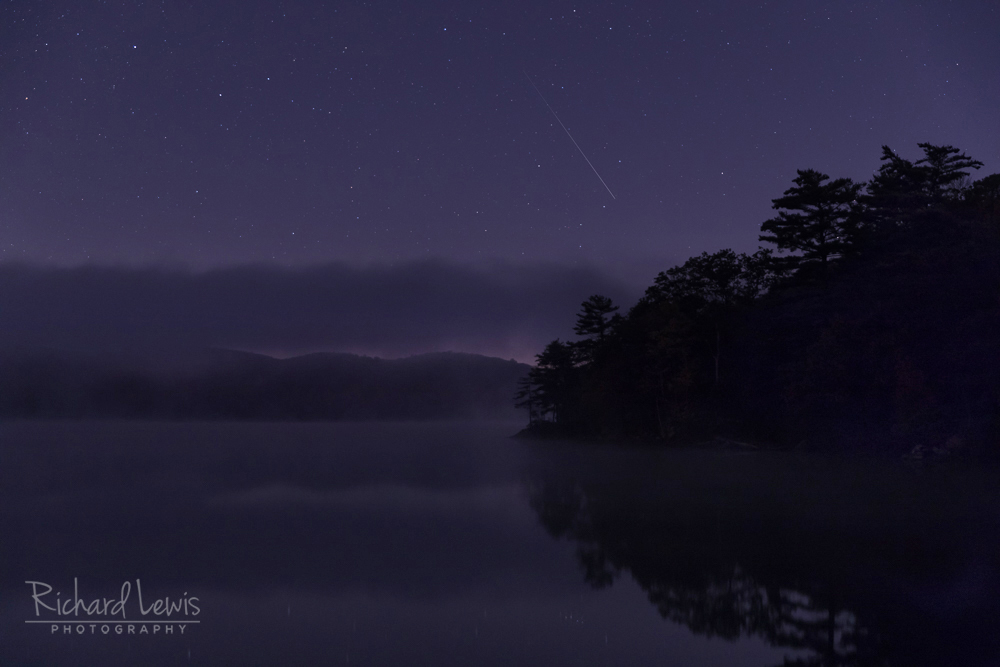 As daybreak started to light the landscape, the mist became intensely beautiful and with a glimpse of the fall colors on the mountains as the backdrop. 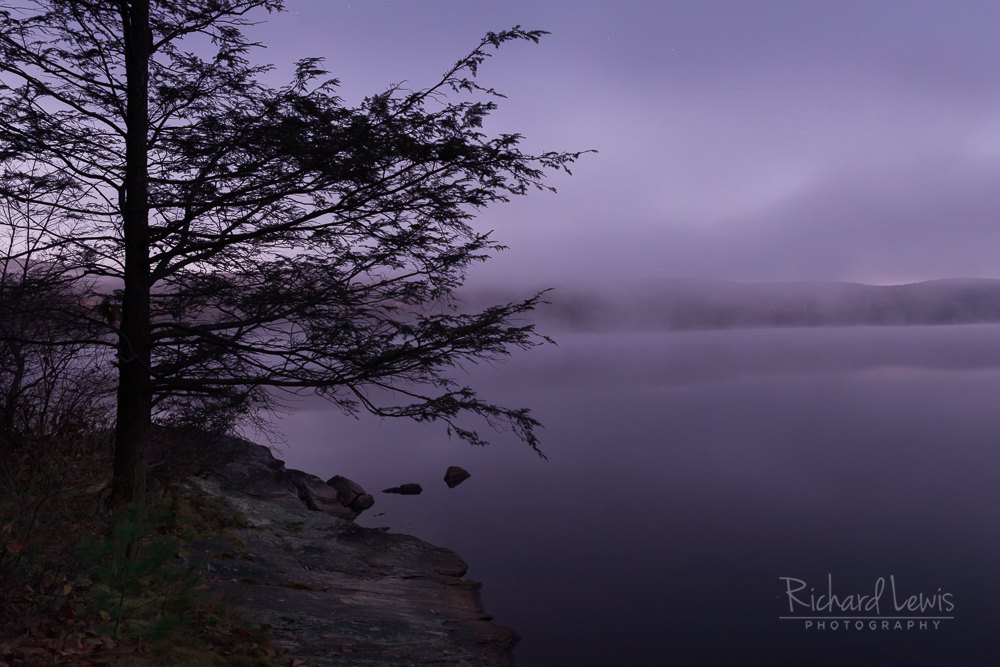 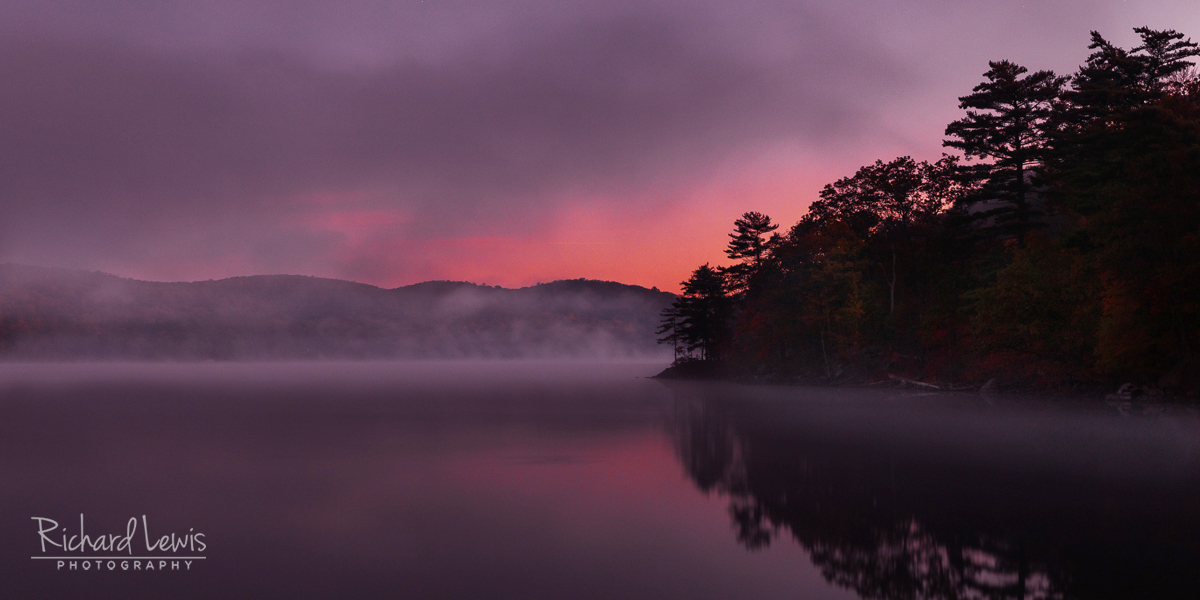 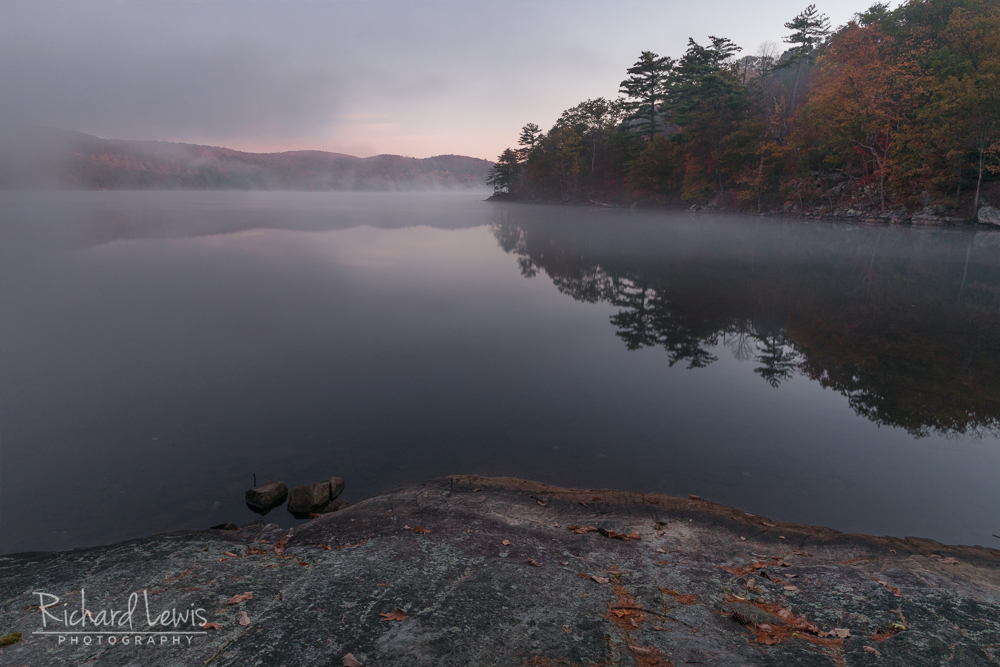 Through The Mist by Richard Lewis 2017

After the sun rose, the mist hung around for a while obscuring some distracting homes along the shore and floating around the hills. 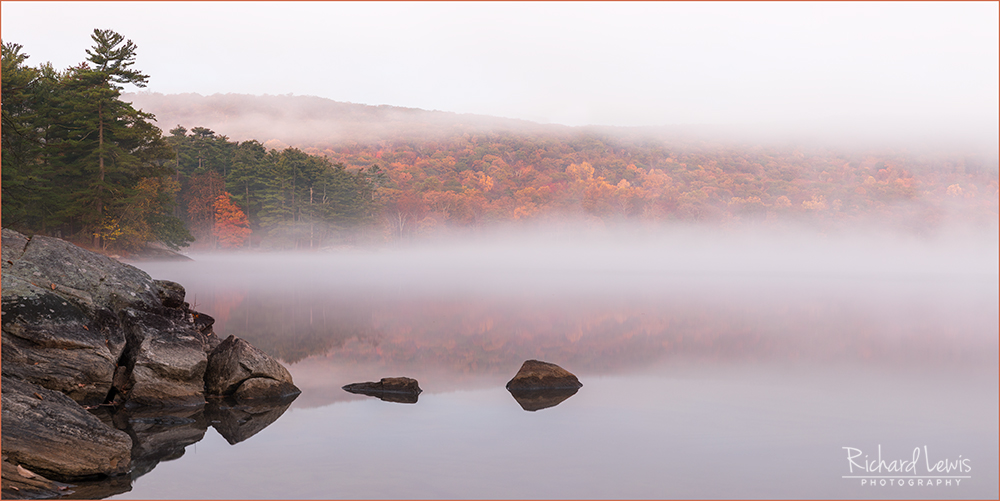 My instincts lead me to a see the story of spectacular daybreak. One I would have missed wandering around the thick forest where the creek is located. What about that plan? The light was still pretty good so I decided to head to the creek. The colors were nice in the woods but the creek, usually flowing in cascades, was virtually dry.

Making a plan is always a good idea, especially when you are photographing once in a lifetime places or areas you don’t often get to. However, when that little voice of photographic instinct pops into your head, you should at least give it a listen.