For the Love of Lava

While there are many reasons to visit Hawaii, for me it was the lava. As someone who often gets a lot of peace out of the quiet, settled natural landscape of New Jersey, it is easy to lose sight of the fact that it was formed thousands of years ago by some powerful and violent forces of nature. Seeing lava flowing from active volcanos and what it does to the surrounding landscape was a way to experience and photograph that awesome raw power of nature first hand.

Our first lava experience was in Volcano National Park, looking down on the Halema’uma’u Crater, the most active volcano on the Big Island of Hawaii. We started in the dark when all you could see were the stars and glow of the crater.  Daybreak revealed a harsh landscape devastated by the earth spewing forth its molten insides. 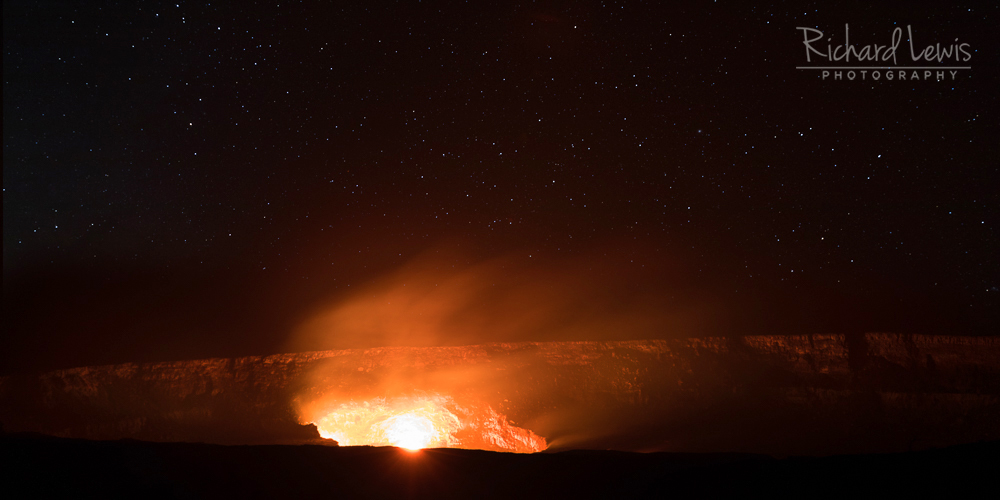 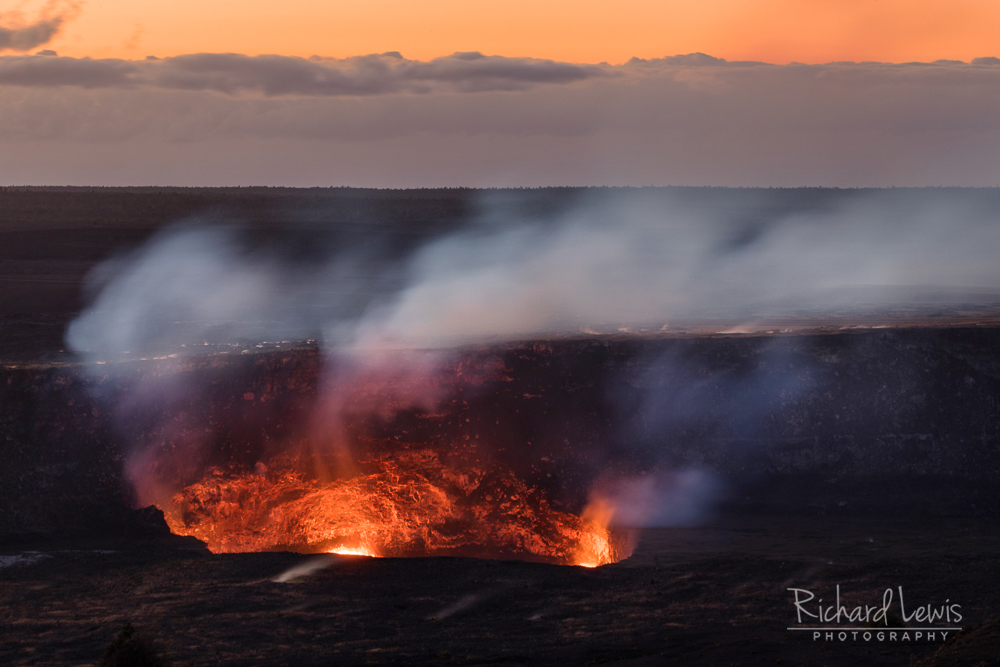 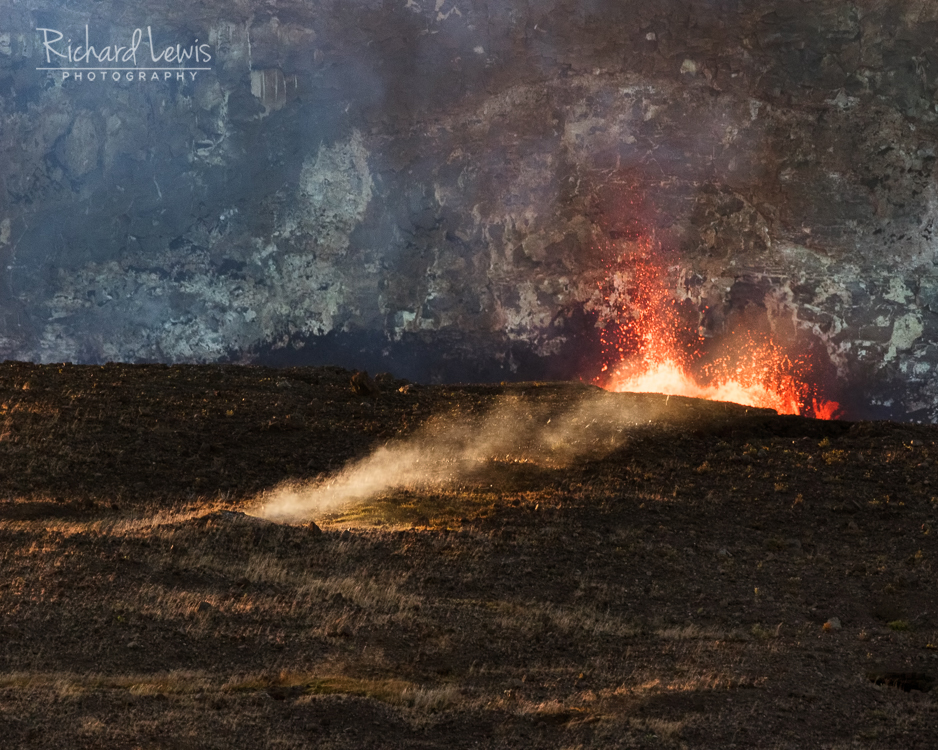 This photograph shows how the flow of lava can utterly destroy and change the landscape it flows through. 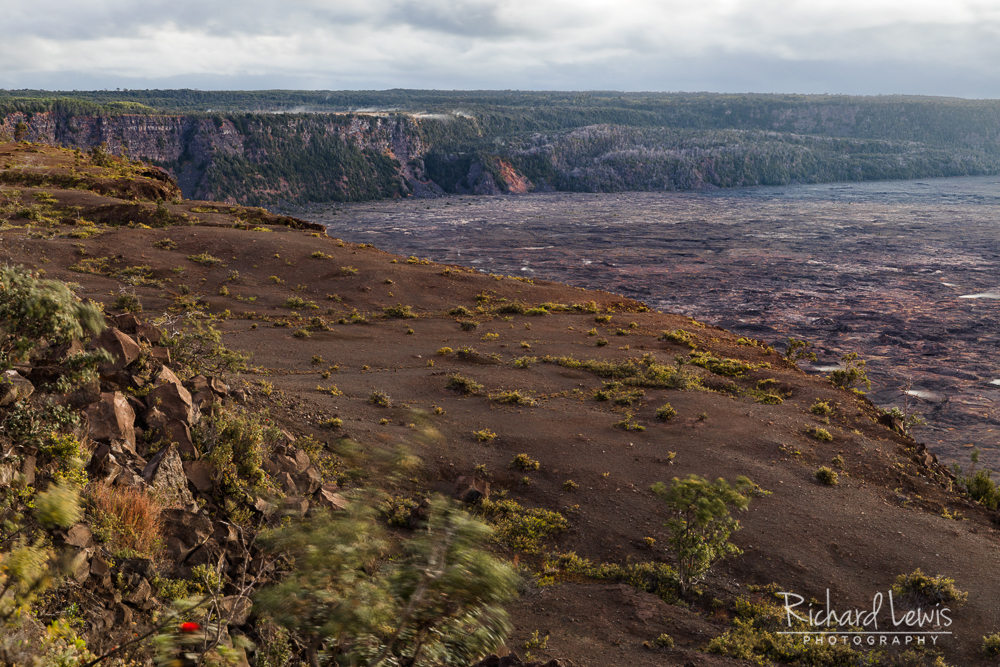 To see the lava up close, we hiked over a dark landscape created by recently cooled lava in order to find the fresh flows. The Big Island of Hawaii is constantly being formed and reformed by lava. Sometimes, whole communities get uprooted and destroyed by the changing flow. Hiking across a lava field virtually devoid of vegetation is like being on an alien world. 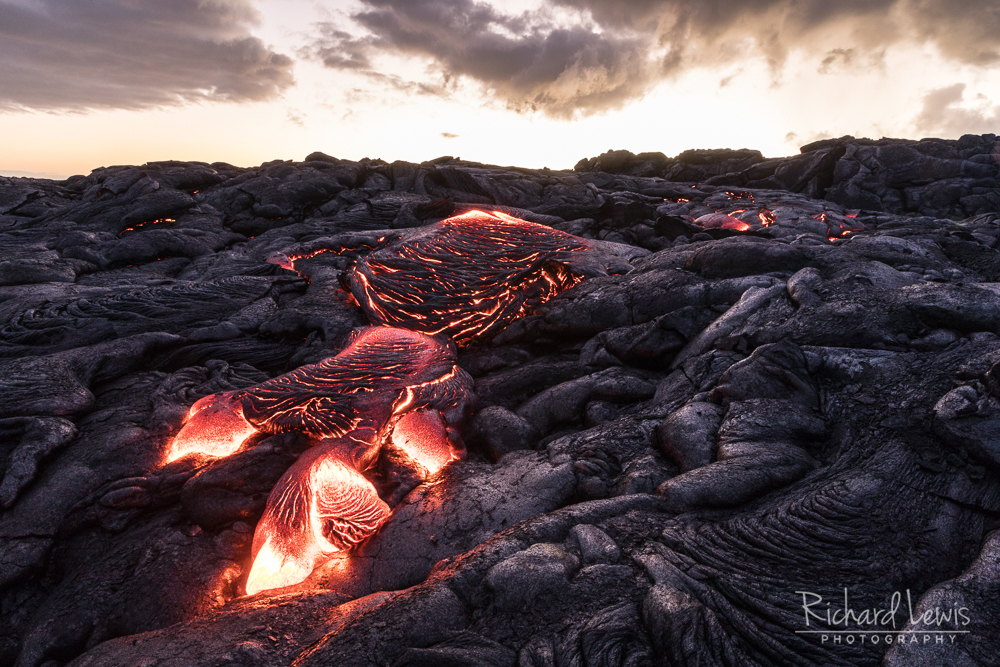 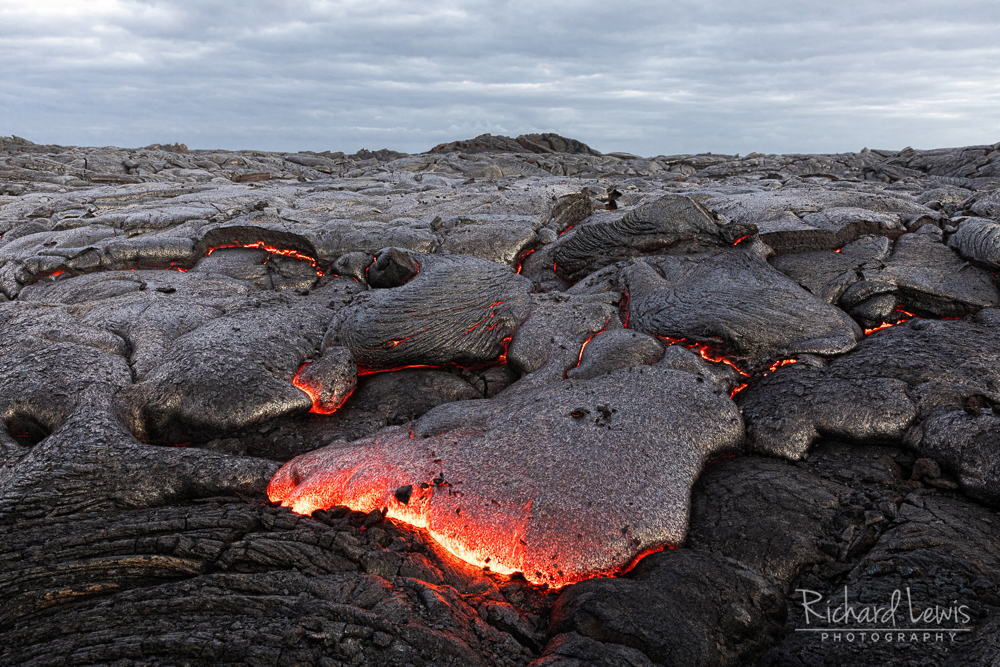 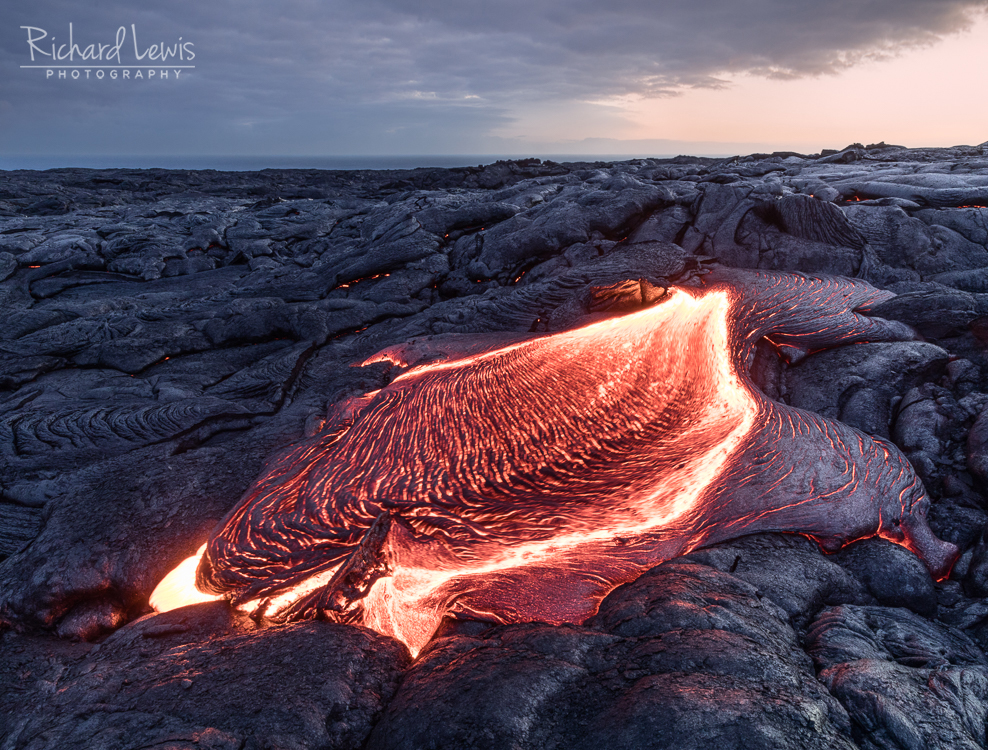 Lava Flow By The Sea by Richard Lewis 2018 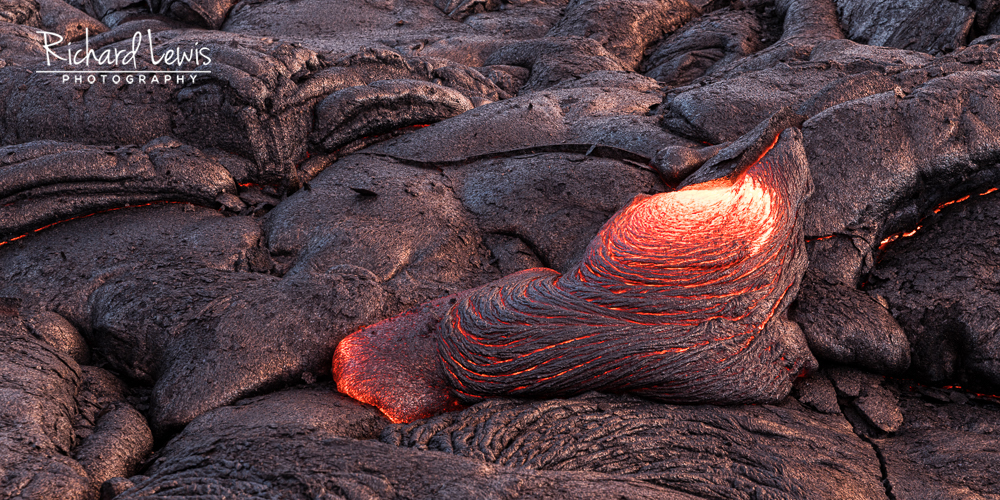 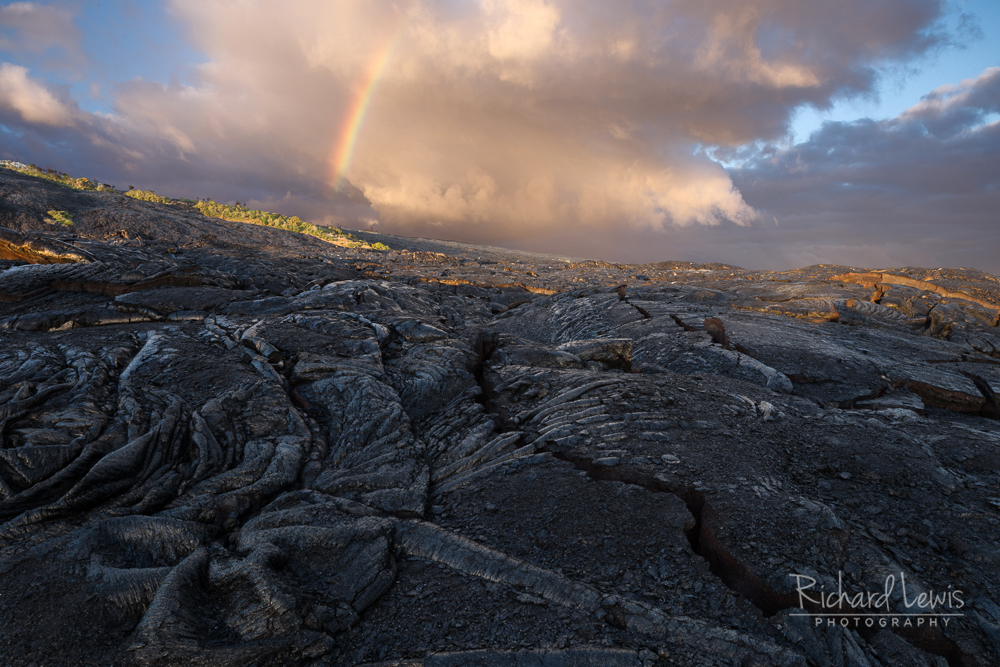 Rainbow Over A Lava Flow by Richard Lewis 2018 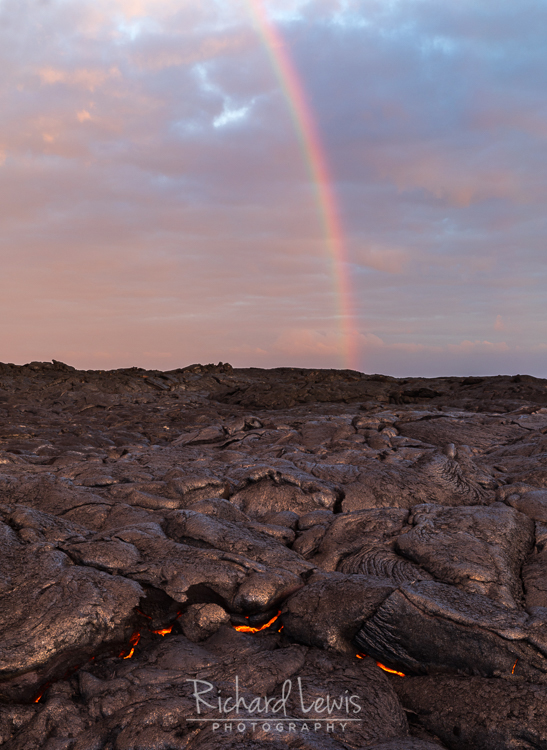 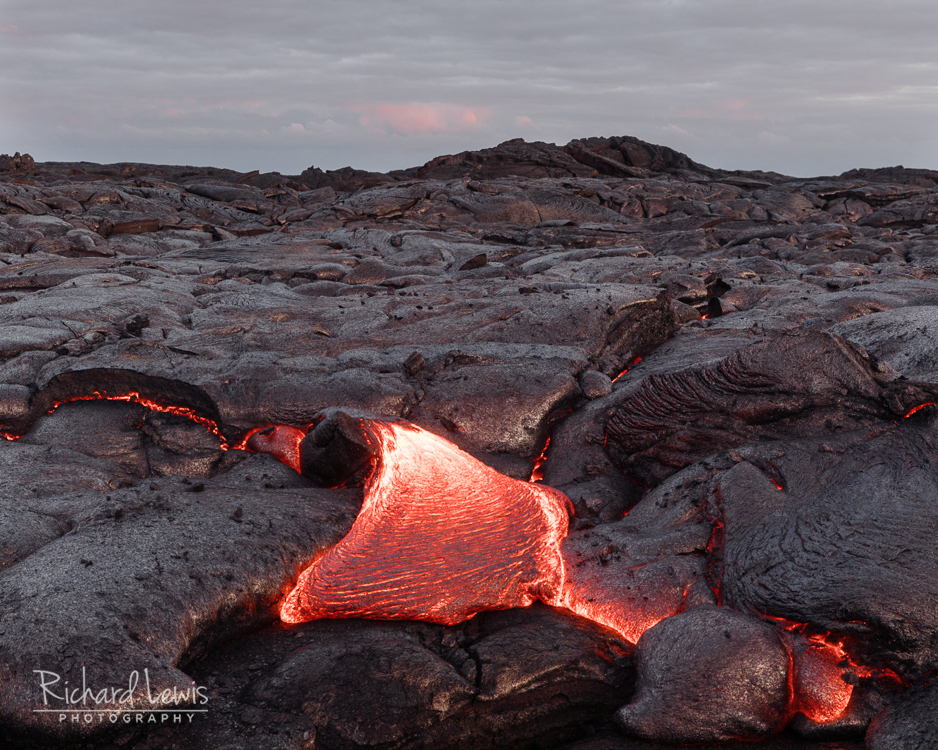 The Big Island of Hawaii is more than just lava. Well, actually the whole place is made of lava, but after that lava dries, the power of nature shows itself again as the vegetation returns to create a beautifully rugged volcanic landscape. The first 2 photographs below were made on top of the the almost 14,000 foot summit of Mauna Kea, the island’s highest mountain. From here you get to see an almost abstract world above the clouds. 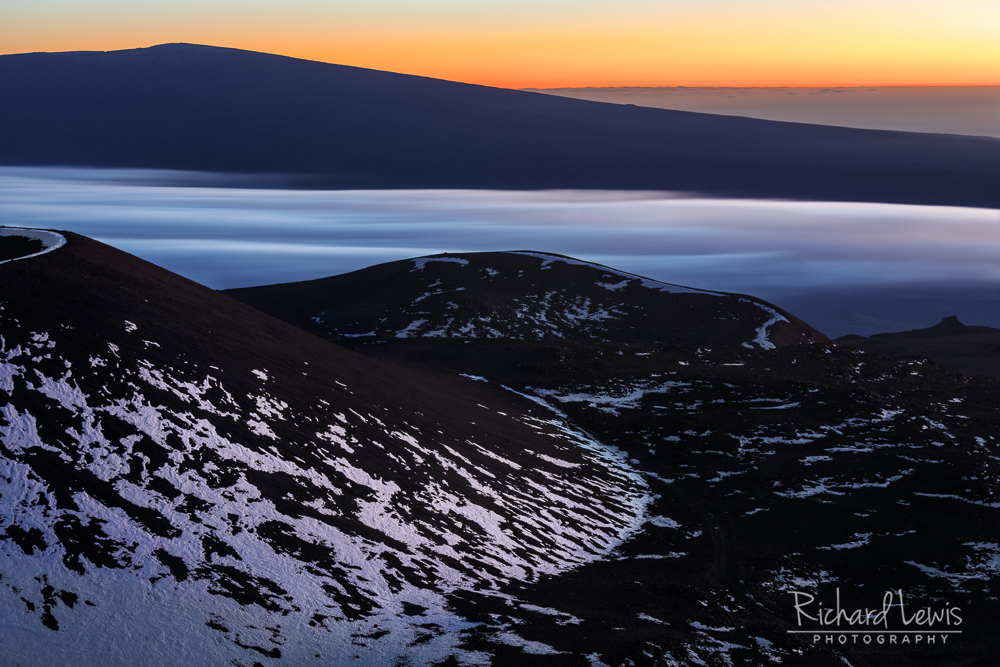 World Above The Clouds by Richard Lewis 2018 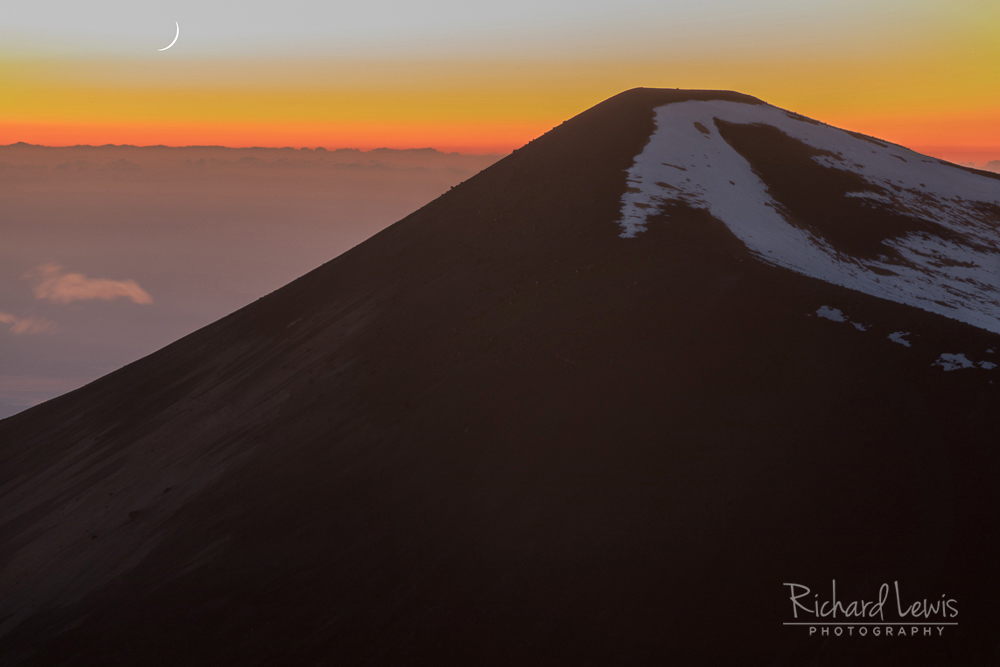 Hawaii is known for spectacular sunrises and sunsets. The Big Island did not disappoint us. 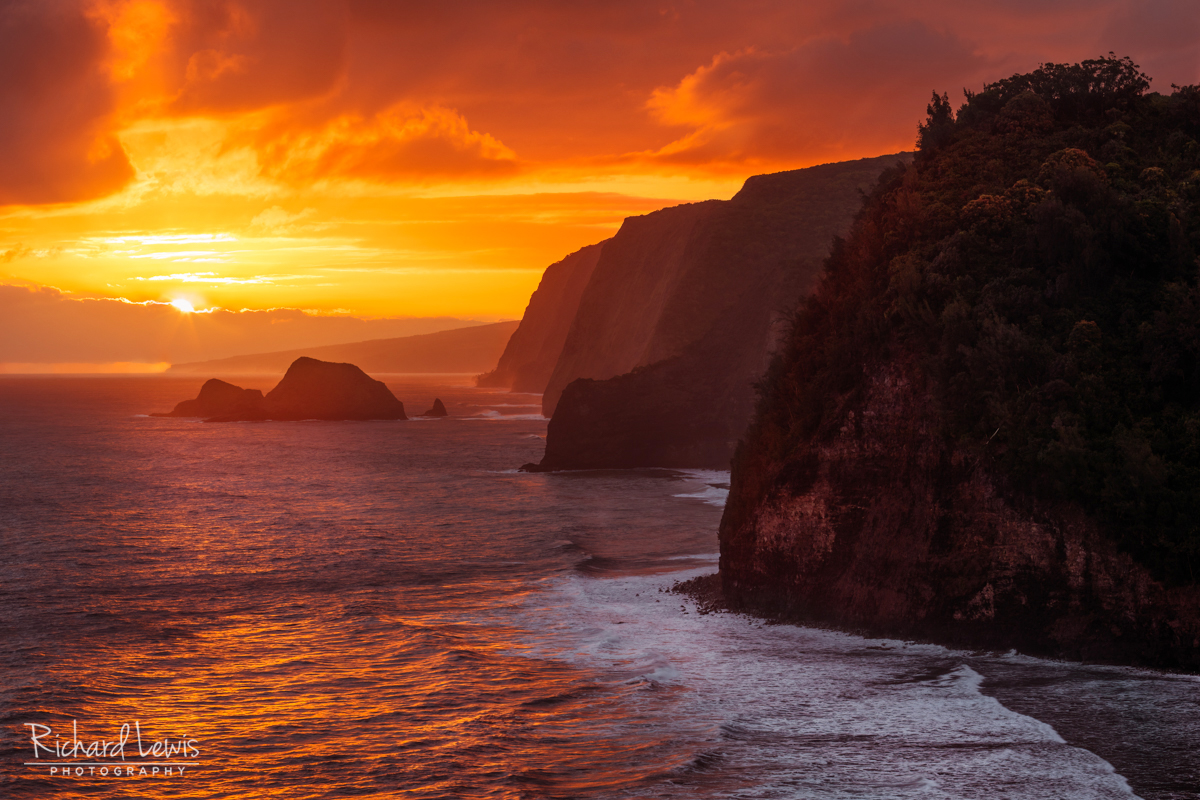 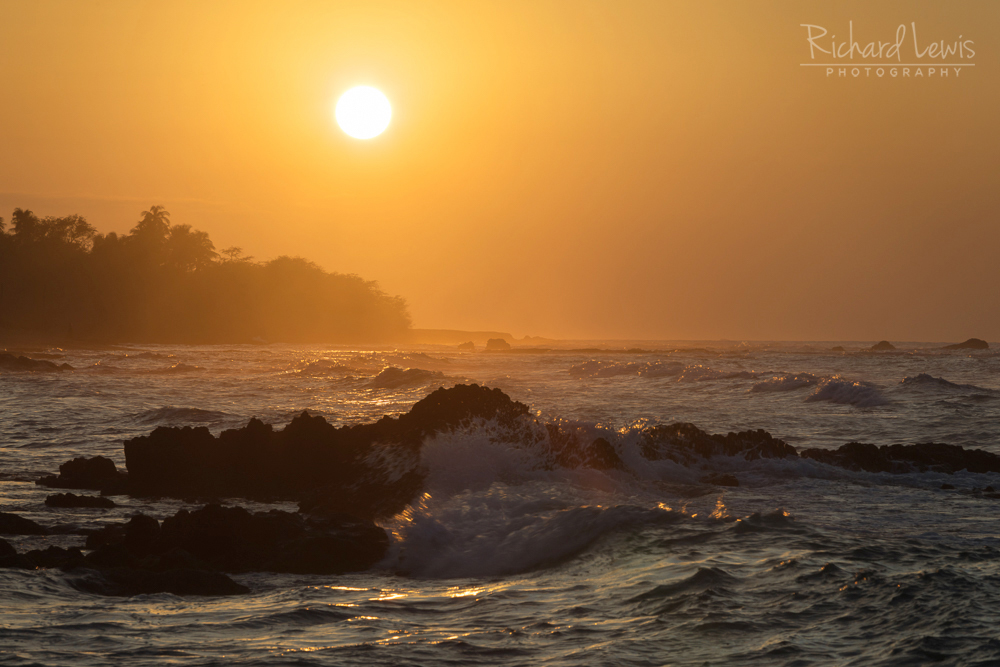 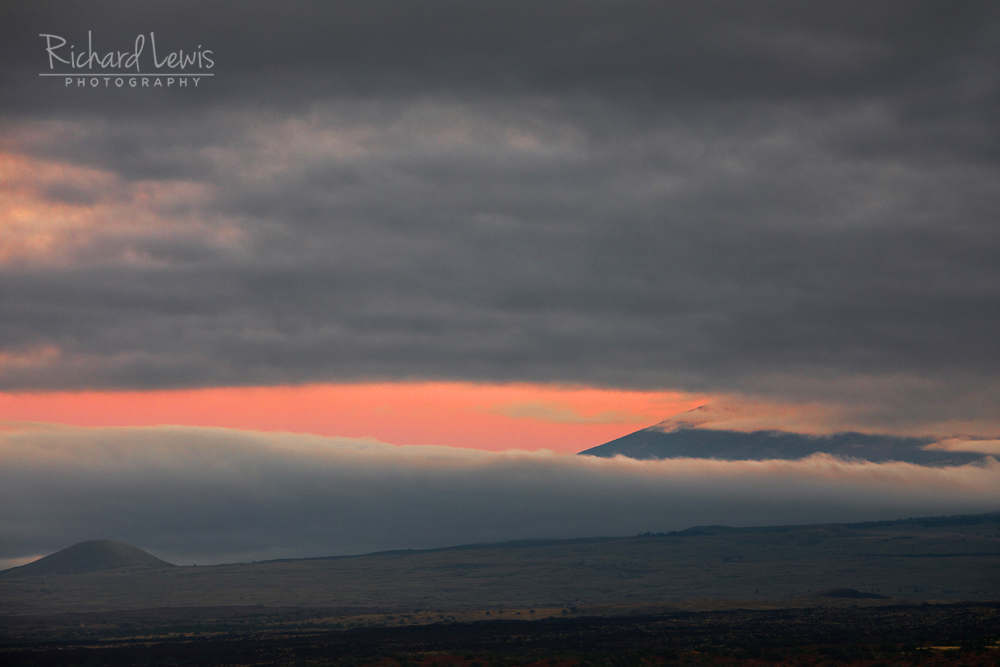 I usually enjoy the meticulous planning that goes into a trip like this, however this time I signed up for a photography tour run by Backcountry Journeys. Although the following may sound like a commercial, I’m not getting any compensation for this endorsement. It is just my way of saying thanks to photographer Russ Nordstrand and his wife Crystal, who run Backcountry Journeys, for an amazingly well planned trip that showed us to the best of the unpredictable and ever changing beauty of the Big Island of Hawaii. Sometimes it is nice to concentrate more on creativity and less on finding those places to create. 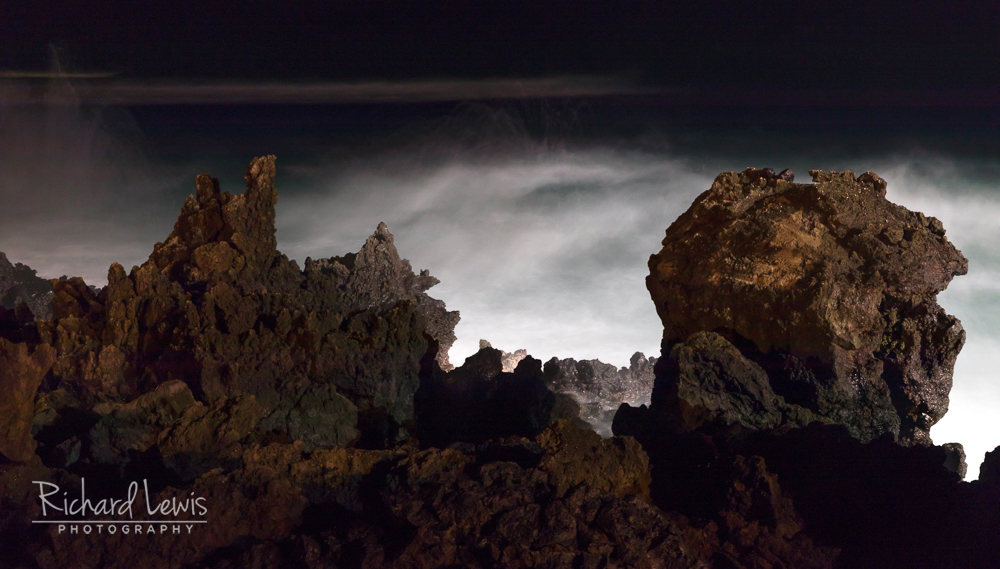 See more of my photographs of Hawaii in my Gallery, and don’t forget to check out some awesome spring photography workshops.