Back At The Shack For The Super Moon

Back At The Shack For The Super Moon

New Jersey excels at many things including great places to photograph a moonrise and quirky little gems of history. Those two things came together on a cold winter night along the windswept New Jersey shoreline of Island Beach State Park.  The Judge’s Shack, located in the park, is always interesting to photograph. When the January Super Moon rose just after sunset, it seemed like the place to be despite the cold. It was so cold that my fingers were barely able to operate the camera controls. Still, my friend and I were able to witness and photograph a nice evening fade into a moonlit night around around the shack.

I wrote about New Jersey’s Judge’s Shack in a previous post. Besides being a quirky piece of New Jersey history, it is a popular place for photography. Photographers use the Shack as a backdrop for star trails, the milky way and brilliant sunrises and sunsets. To me, the Judge’s Shack’s simple architecture in this austere location doesn’t need to be just a backdrop. It has a quiet charm that does very well on its own as photographic subject.

On the evening we went to photograph the Super Moon rising over the shack, the light was very pleasing. This kind of light compliments this little building. The scene provided a glimpse of quiet beachside solitude that is now too often obscured by the Jersey Shore’s hotels, expensive homes and boardwalk attractions.

The following photographs show the progression from evening to night. The time each image was made has been added to help you follow along on this little journey without having to bundle up for the cold. 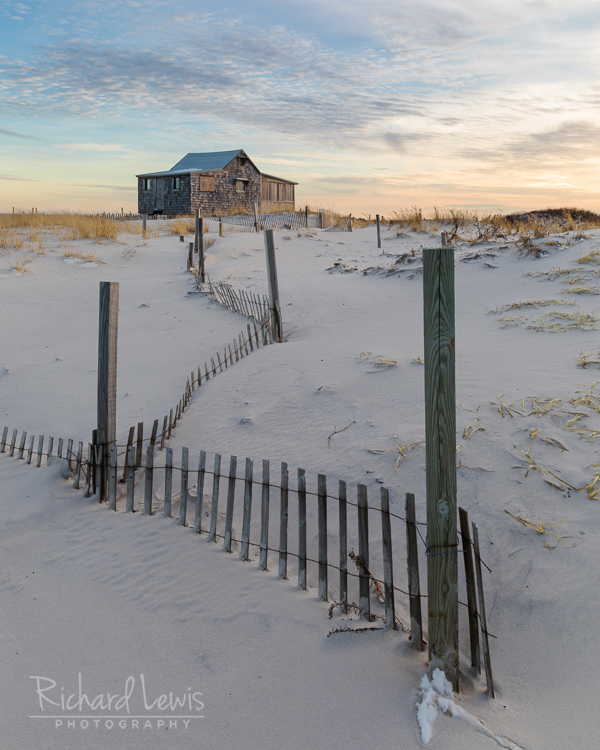 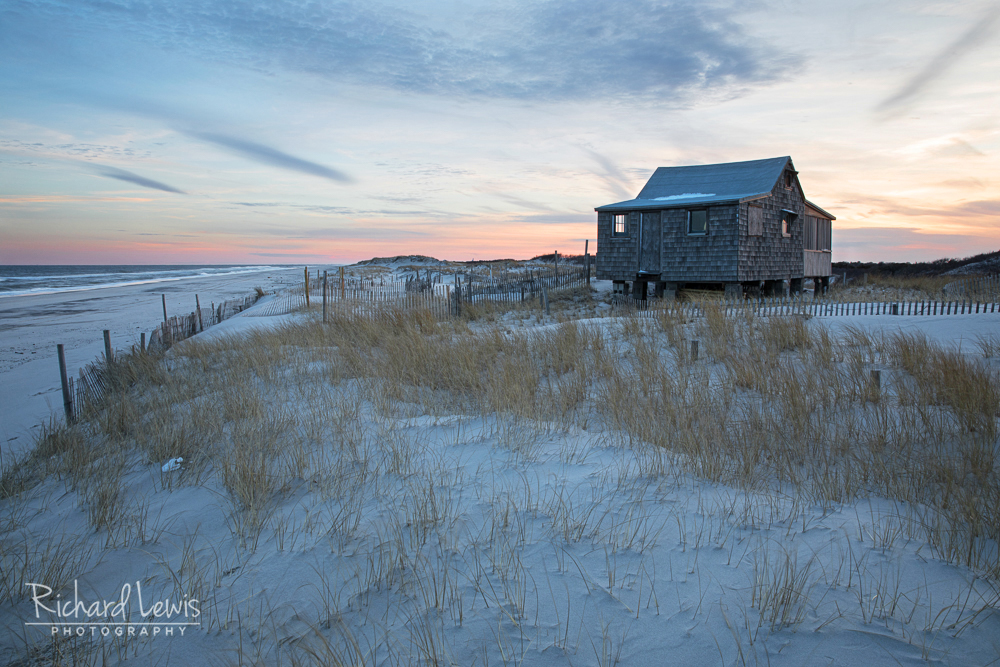 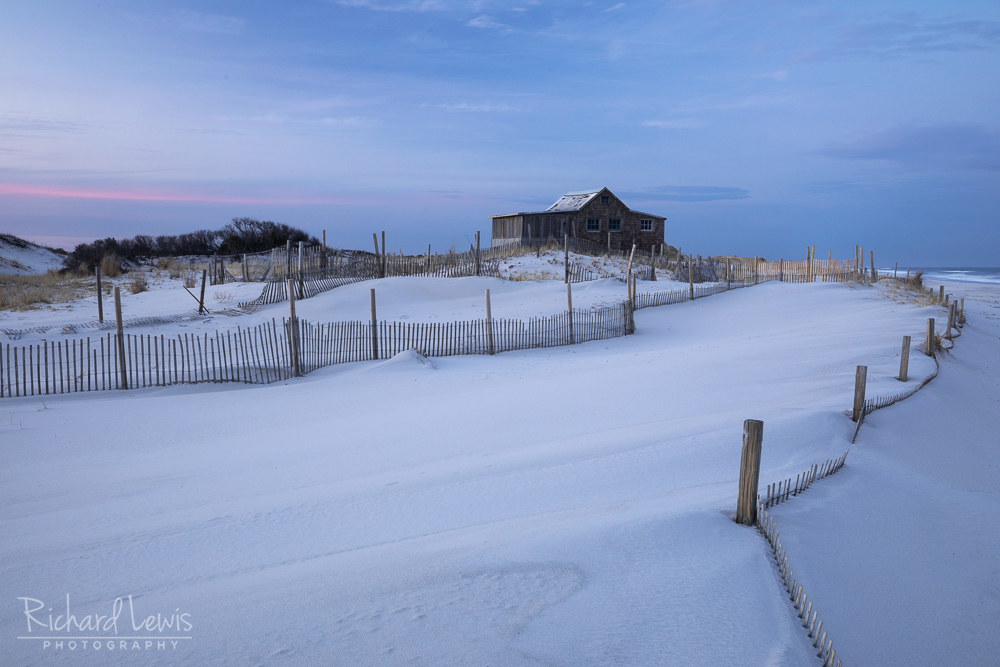 When the super moon shines, it is very bright. In the image below, the moon’s brightness is partially obscured by a small cloud bank that toned it down enough so as not to overwhelm the blue hour twilight. 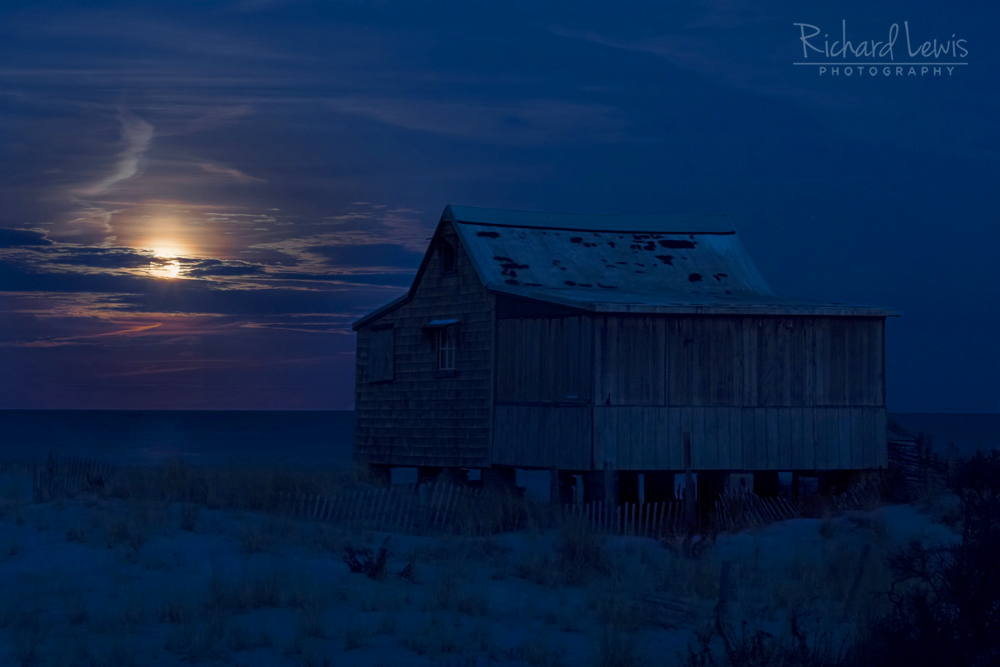 When the moon was too high and too bright to photograph, it should have been the time to head back to a nice warm car. Instead we decided to brave the cold, windy evening a little longer and photograph the shack lit by moon glow. It was worth the extra time. The first image below may look like there is a light on in the Judge’s Shack, but it is the reflection of the full moon in the window. 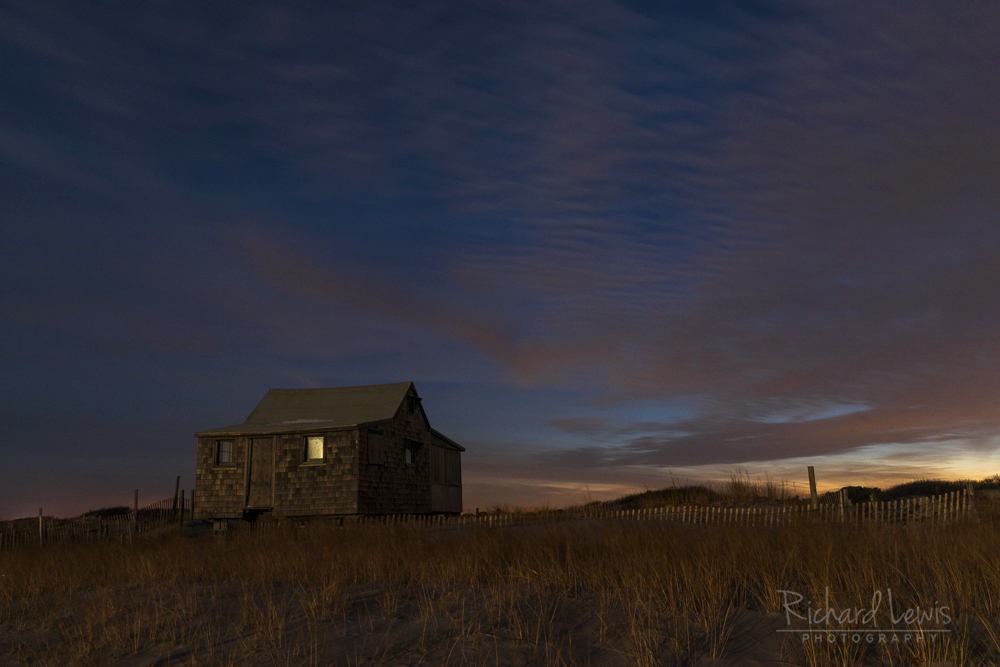 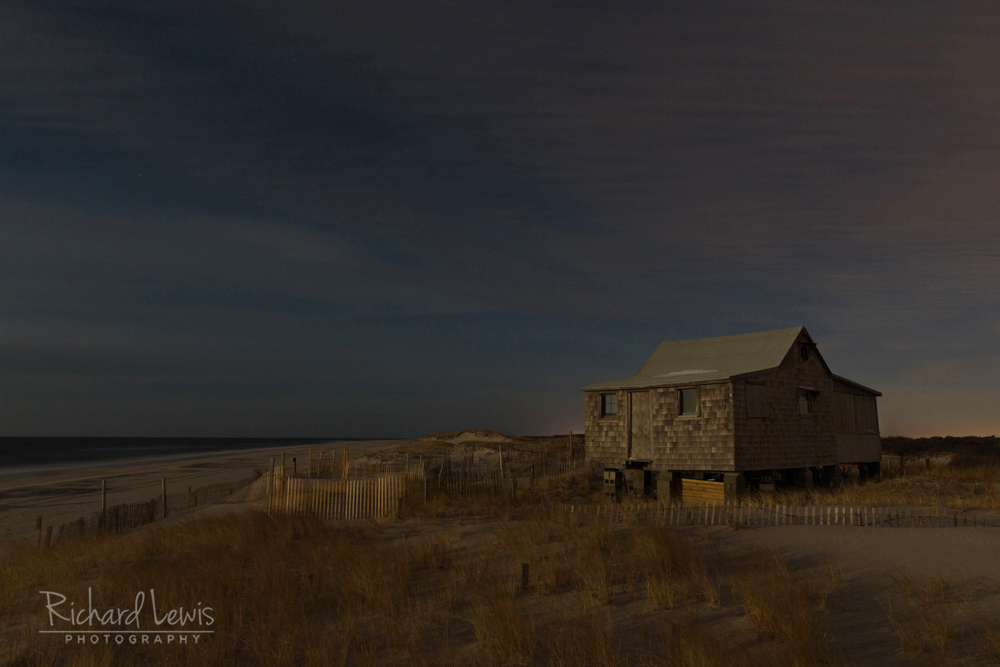 For the last few years I’ve been enamored by the moon and the eerie light it casts on the world at night. This blog post shows some of my attempts to capture the special quality of moon light while following the progression of a winter evening’s descent into a Super Moon lit night.