Listen to Your Spouse

Okay, so this may sound more like marital advice than photographic, but it actually is photographic advice. So, read on… My wife got into photography recently and on our yearly trip to Joshua Tree National Park she wanted to get the classic shot of a Joshua Tree silhouetted by a sunset. I had gotten that photograph that back in 2015, and wasn’t really interested in getting another one, but what the heck. She’s still new to this and it looked like we were in for a killer sunset one day, so why not? This is my original photograph made at dawn in 2015. 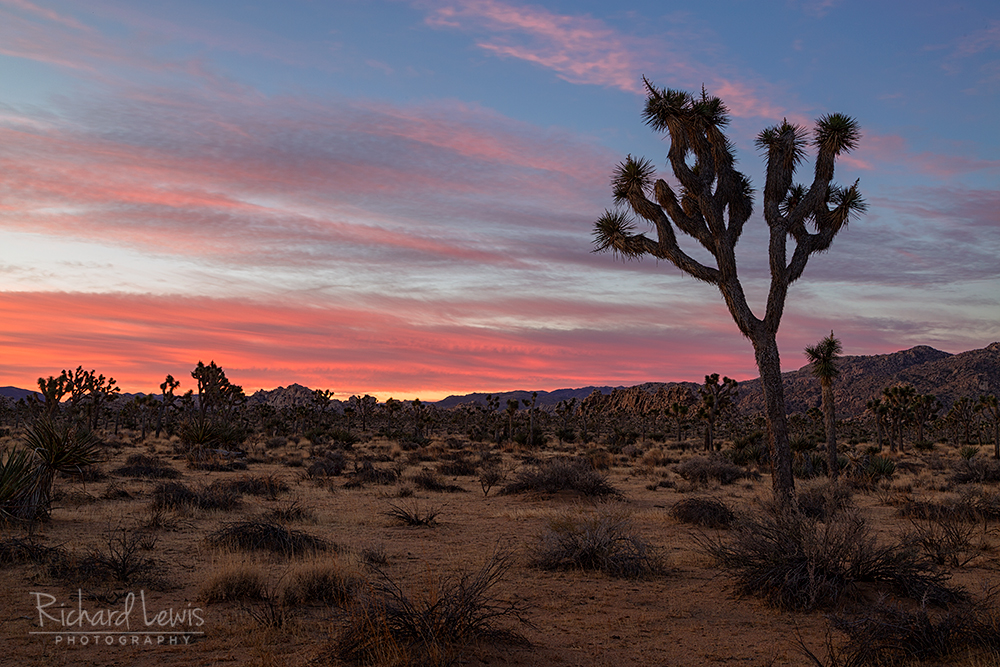 Dawn On The Boy Scout Trail by Richard Lewis 2015

Finding a location for a sunset is always interesting, especially in the desert. What many sunset peepers don’t realize is that the show is just starting as the sun dips below the horizon. The afterglow, also called alpenglow, caused by the sun reflecting from below the horizon can be even more intense than the actual sunset. The photograph below was made about 20 minutes after sunset. 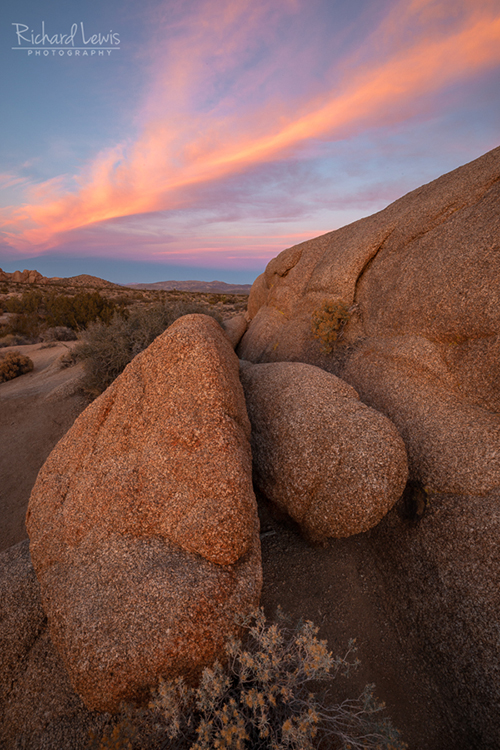 The trouble with killer sunsets, and sunrises for that matter, is figuring out where that afterglow will happen because it can be anywhere in the sky. The best way to bulletproof this shoot for a novice photographer, who I happen to be married to, was to have a 360 degree view of the sky. When you do this you sacrifice a close view of the mountains. That’s actually no big deal for us flatlanders from New Jersey. We’re used to that. If the sunset was going to be as good as expected, it wouldn’t matter what was in the foreground. So bring on those strange looking Joshua Trees.

One Hour In The Joshua Tree Desert

In the park there are several Joshua Tree Forests. It’s funny calling them forests when you come from the lush East Coast, but even if there is quite a bit of nothing between the trees, it’s still a forest. We found a location in the afternoon that had plenty of classic examples of Joshua Trees and a perfect 360 degree view of the horizon. It turned out to be a good choice because the sky burst into color all over the points of the compass and the show lasted for over an hour. 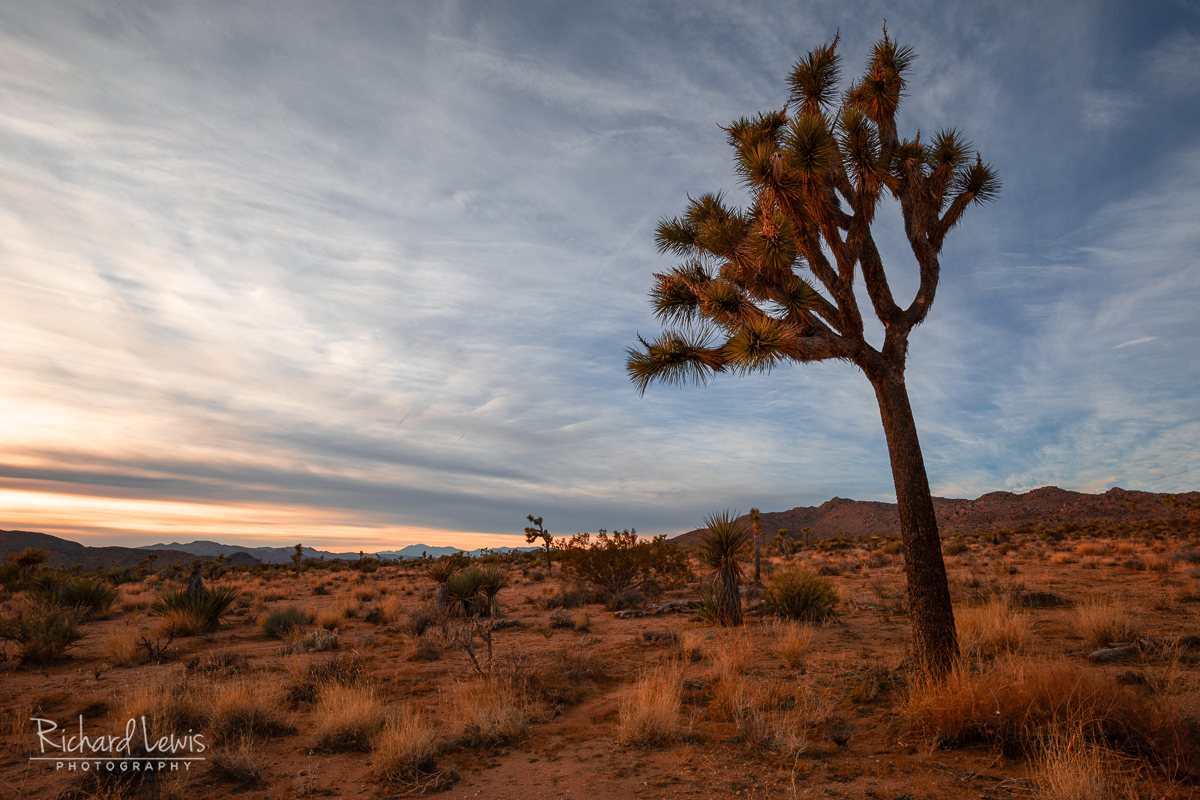 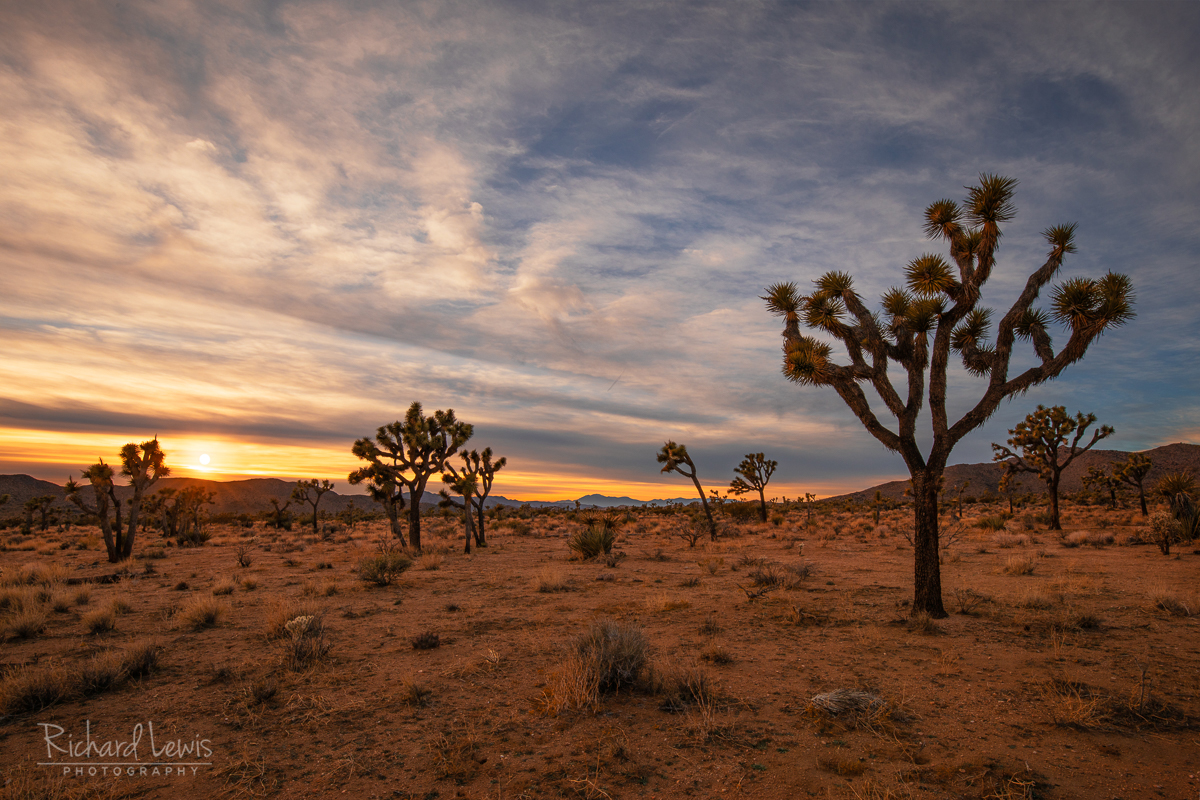 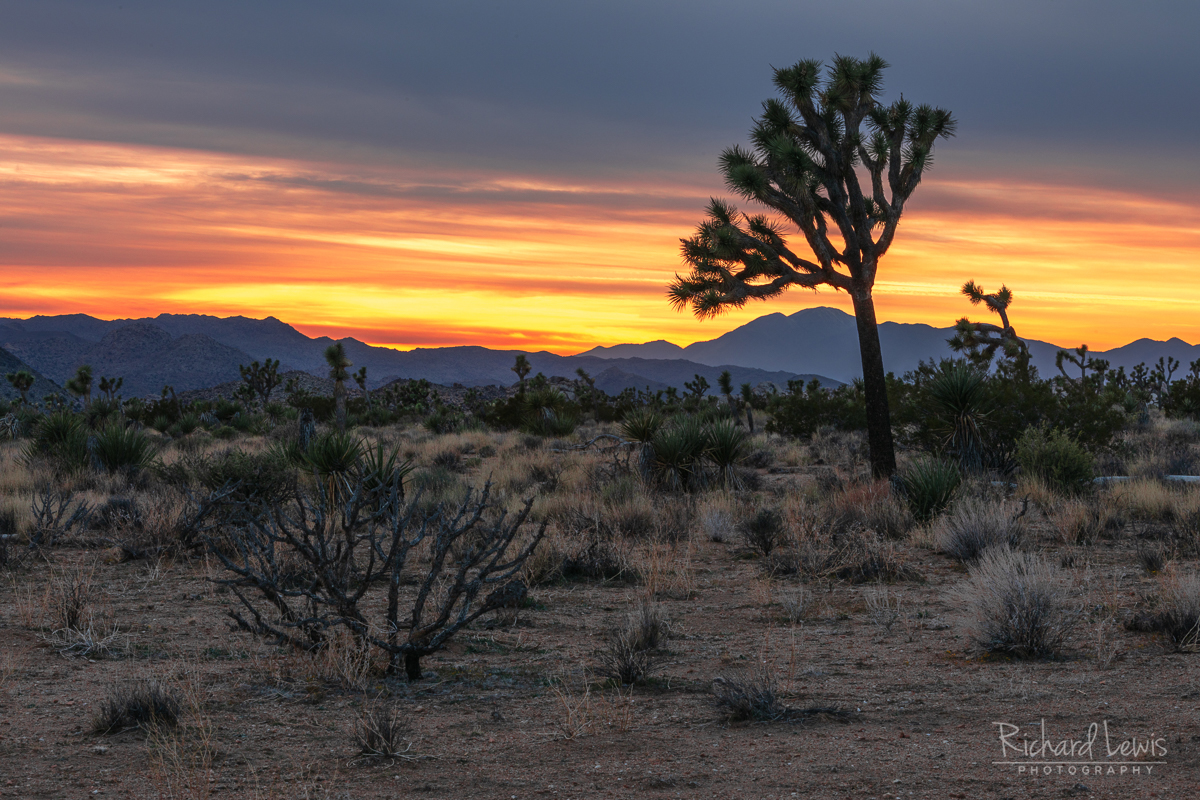 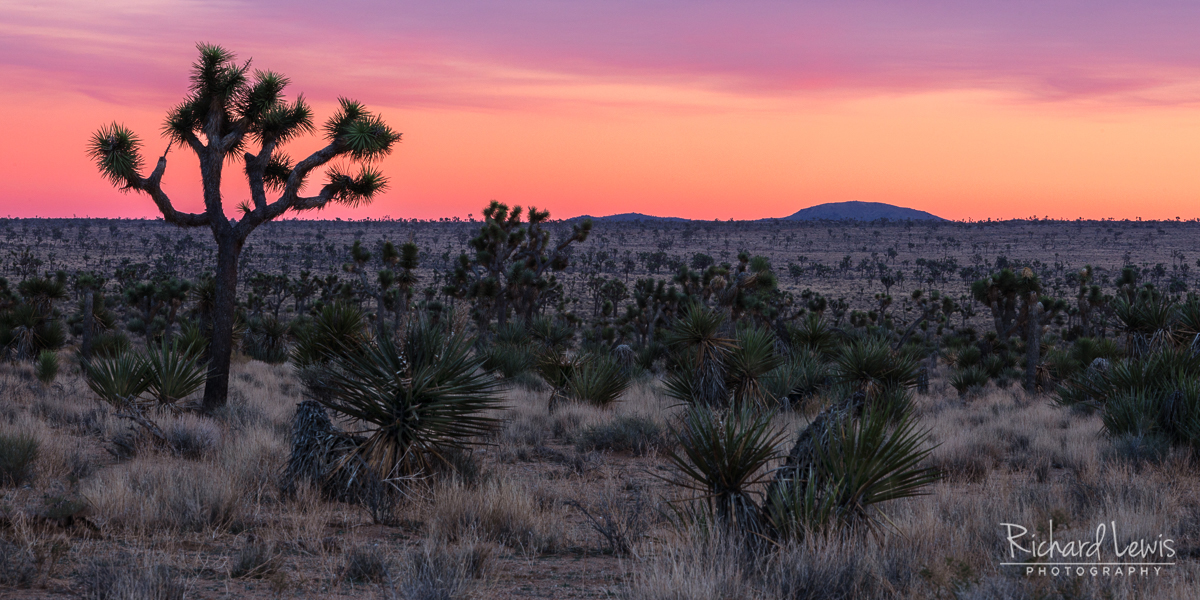 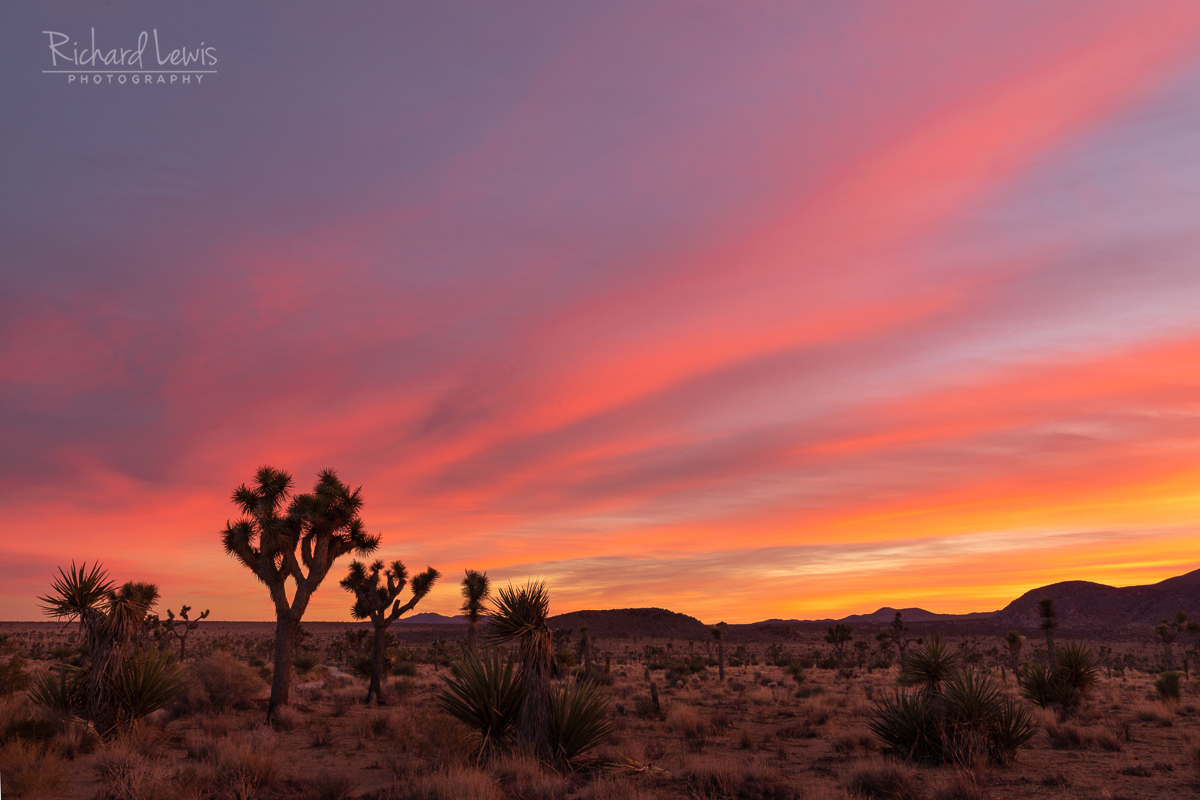 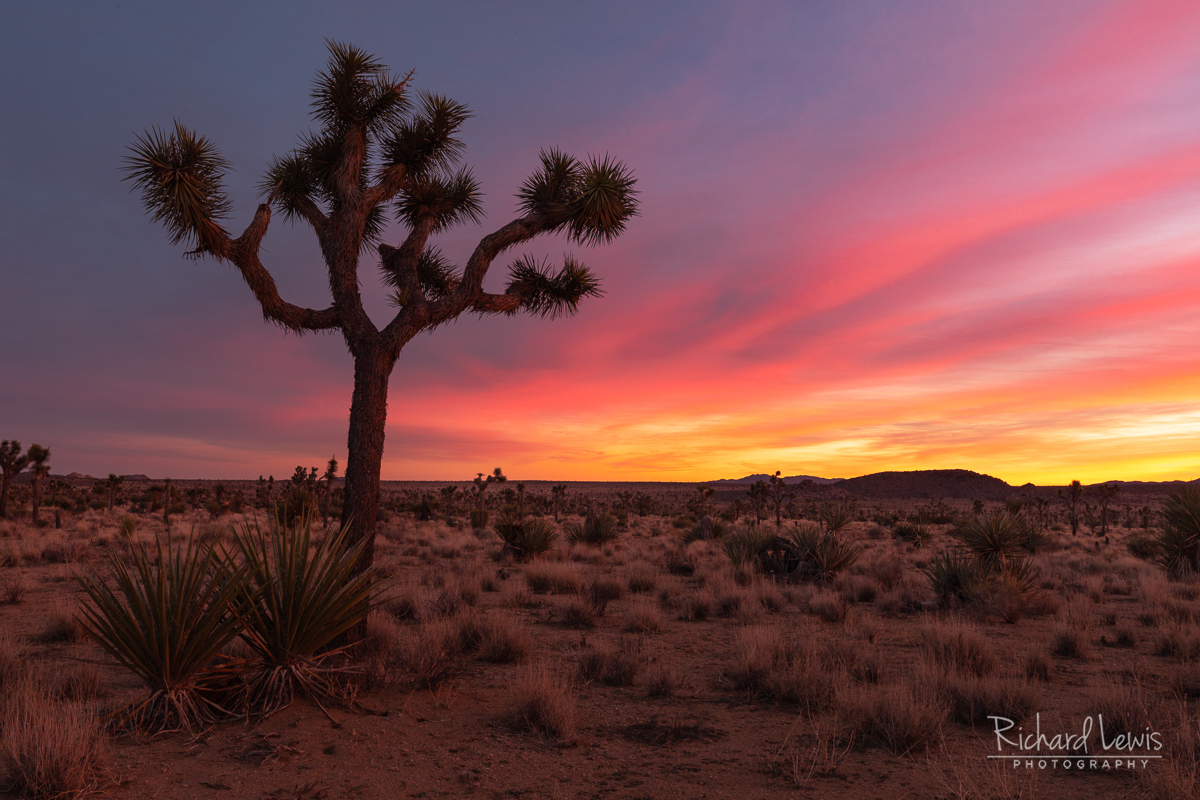 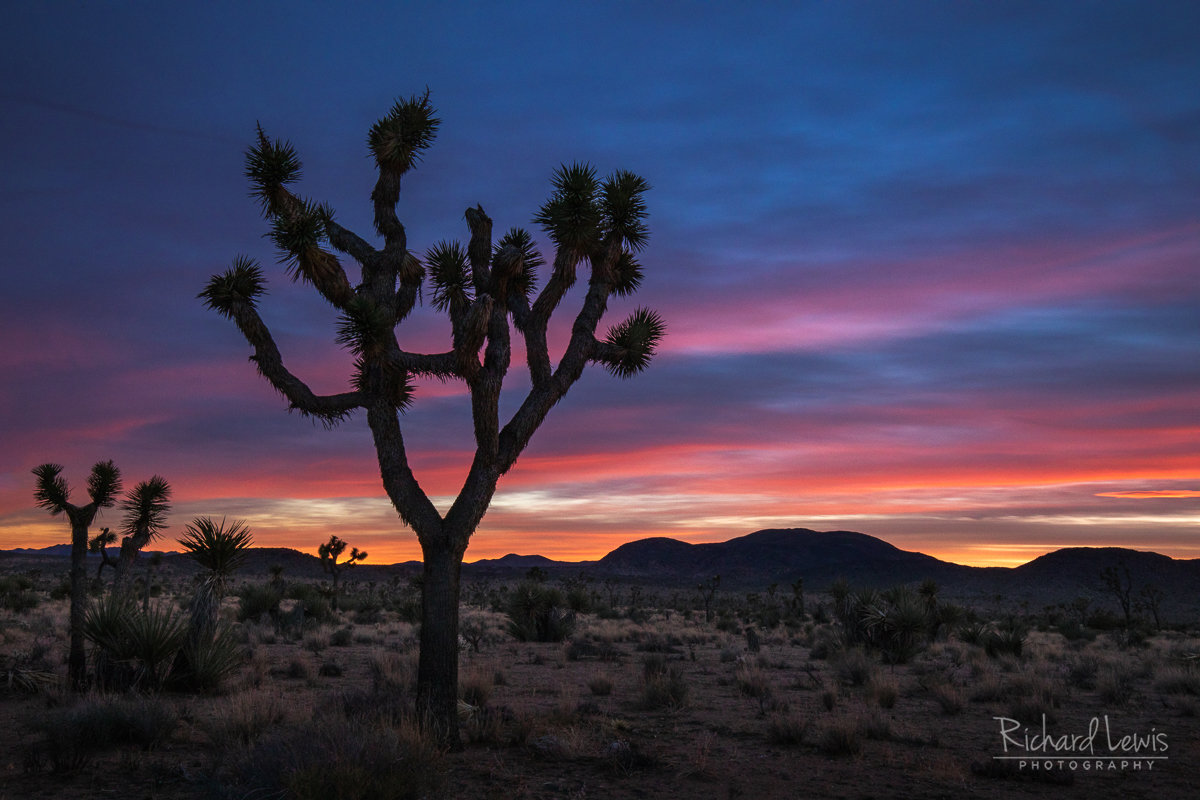 It’s good this show lasted as long as it did because we got the chance to not just shoot, but to just stand around and admire the amazing sunset going on all around us. It was one of those top 10 sunsets.

When back in New Jersey, I was out hiking in a favorite Pinelands spot and made this photograph. I must have passed by this tree a couple of dozen times but never actually noticed it. 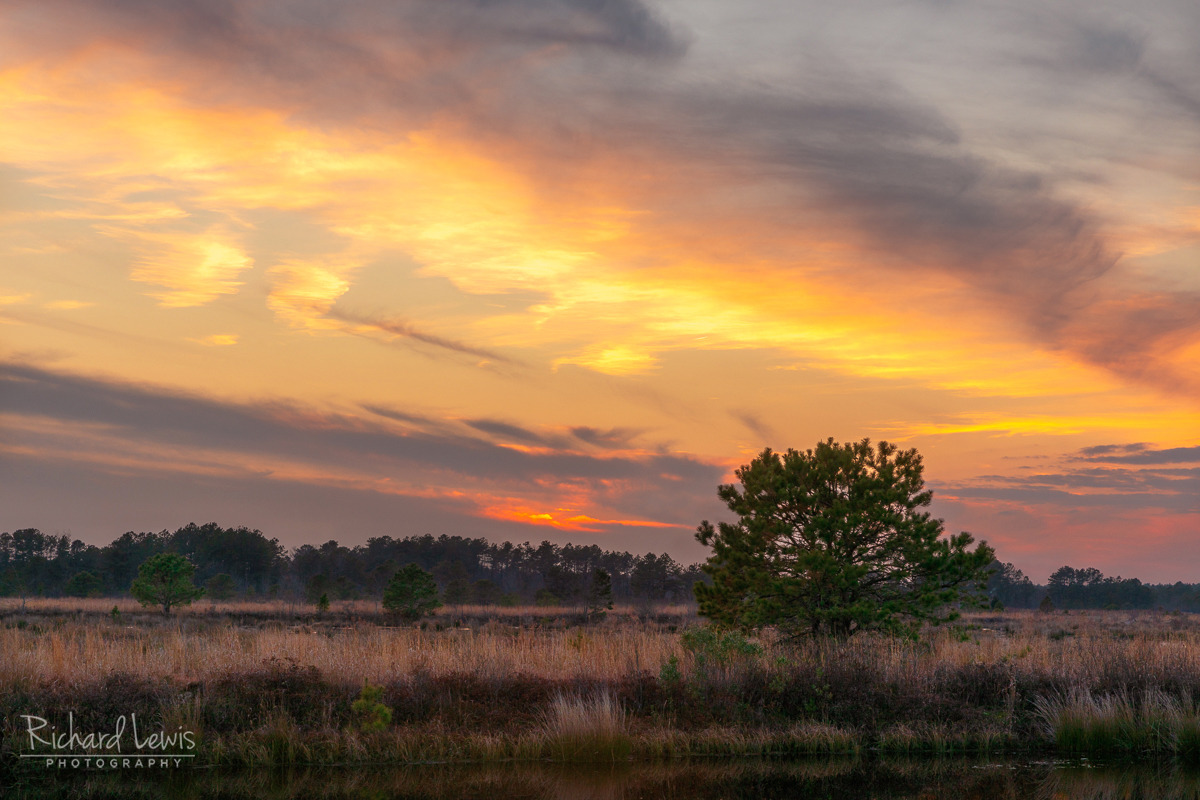 I like to think that my Pinelands photography influences the the work I do in the other places. Maybe it goes the other way sometimes.

See more photography from Joshua Tree and other places in the Western United States.