Every picture tells a story, but which one?

Of all the ghost towns in the New Jersey Pine Barrens, Amatol may be the strangest. Hastily built in 1917 during World War I, the town’s sole purpose was to staff a munitions factory. At one point Amatol had a population of over 7000 people with churches, a YMCA, speedway, movie theater and more. With the exception of a couple of buildings, the entire town was demolished a few years later, after the war ended in 1918, and the munitions factory closed. To go from wilderness to city and back to wilderness in that short a period of time is probably a Pine Barrens record among our ghost towns.

Outside of some scattered artifacts, the Pinelands has pretty much reclaimed Amatol. Among the artifacts are 2 concrete bunker-like structures with walls so thick, they probably were unable to be knocked down unless some of the cannons that they made the shells for helped the process. I recently headed into the forest to photograph them.

Usually when visiting ruins in the Pines, you are greeted with an unkempt messy forest growing around, inside and through the ruins. This one was no different. It wasn’t a pretty scene. At least it was in the dead of winter when the leaves were gone. In other seasons the structures would be impossible to see, let alone get to.

I thought maybe it was a waste to bring camera gear all the way out here. Then I noticed how these old walls were covered in colorful contrasts and textures from the decay. Cracks in the concrete made interesting abstract patterns. Disappointment turned to interest when I started to view these old buildings as abstract art instead of history to document. Below are the results of a few visits to these Pine Barrens ruins.

Here are a few places where I could almost photograph an entire building. You can see these are some odd looking structures. All that is left are concrete walls and some evidence of rotted wood. 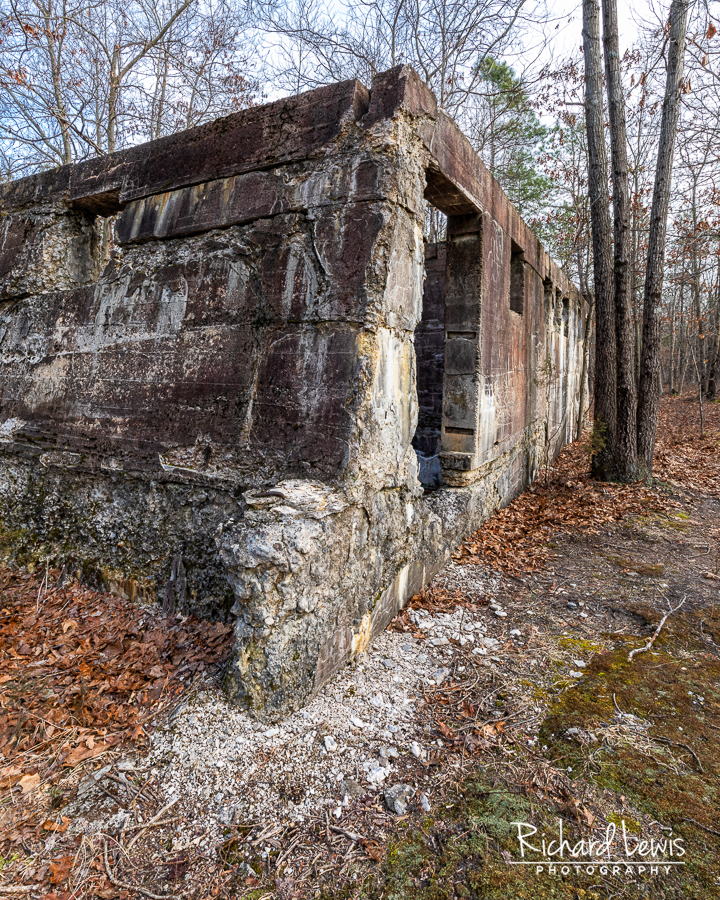 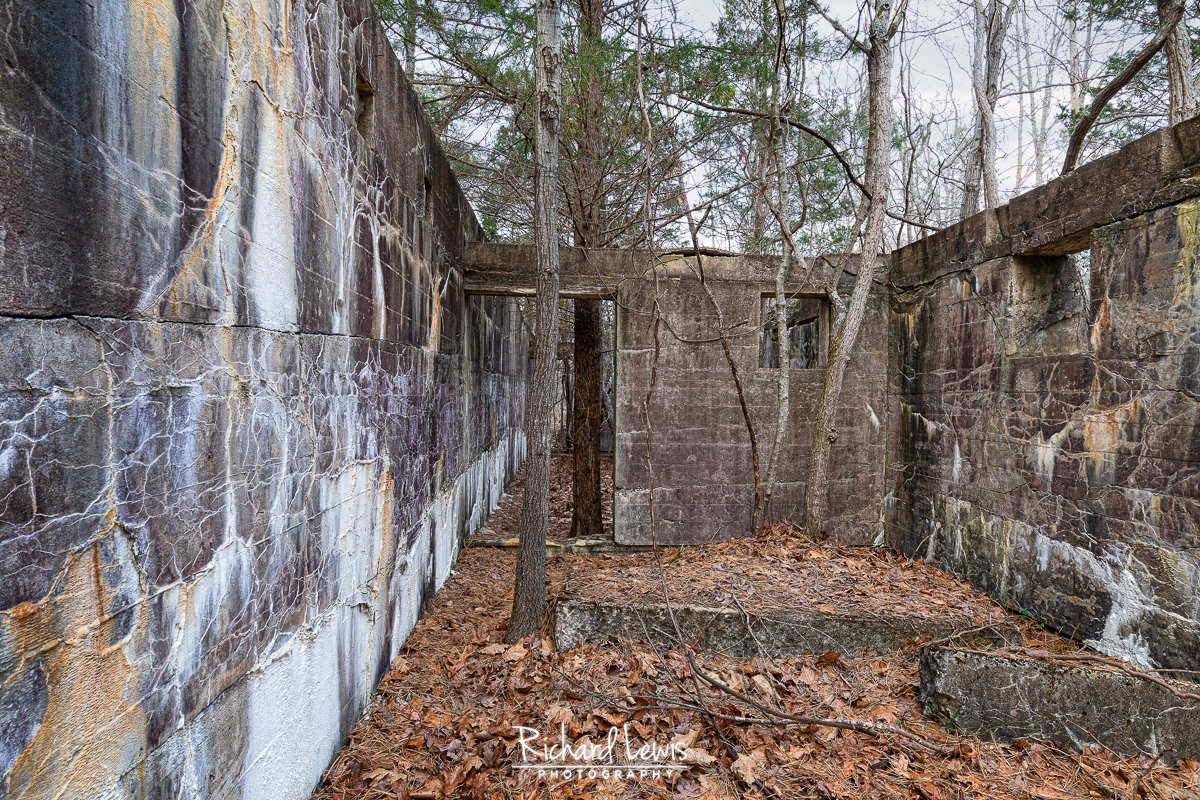 The odd shape of the buildings, the textures created by the deteriorating concrete, and the play of light and shadow made for some interesting abstract designs and compositions. 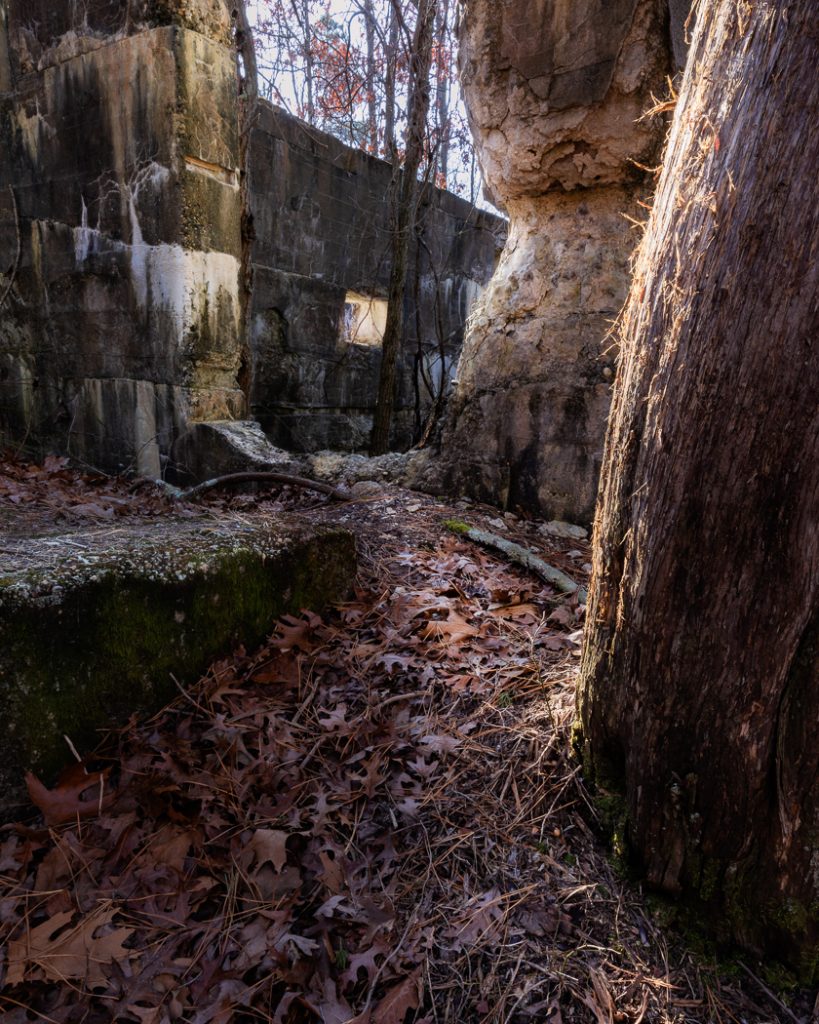 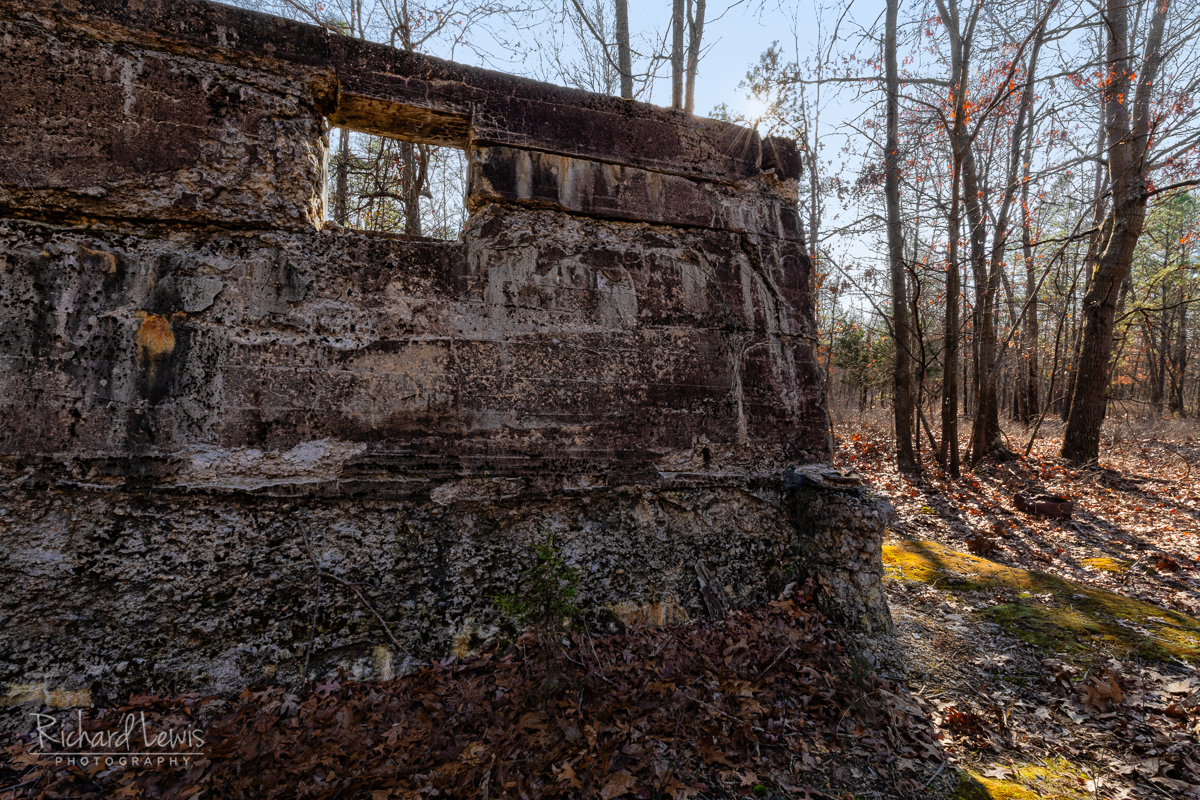 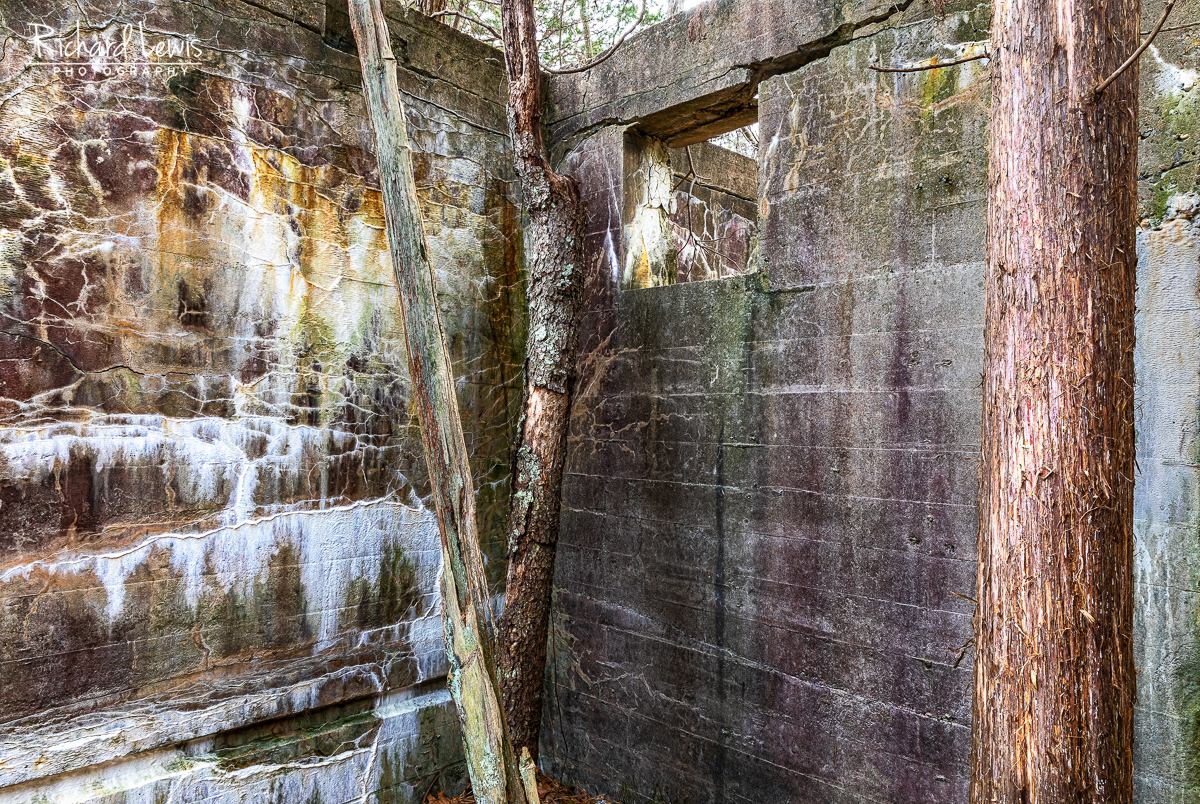 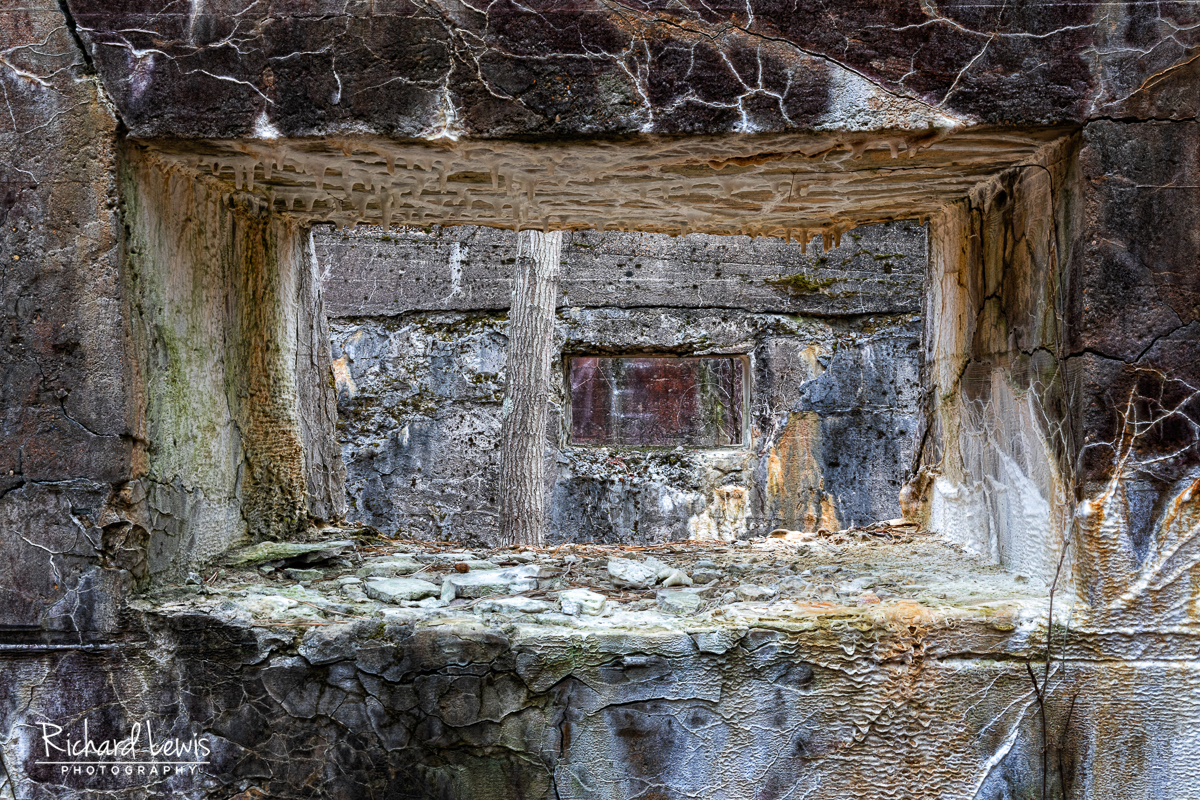 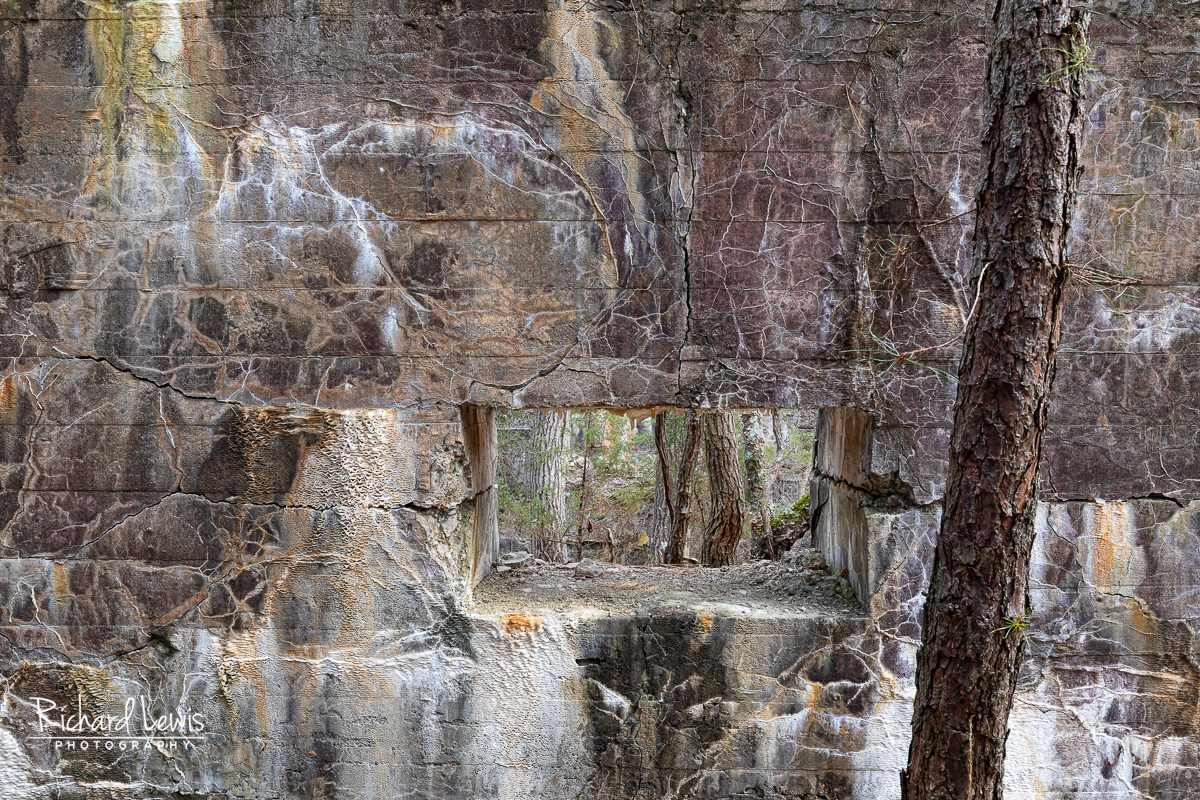 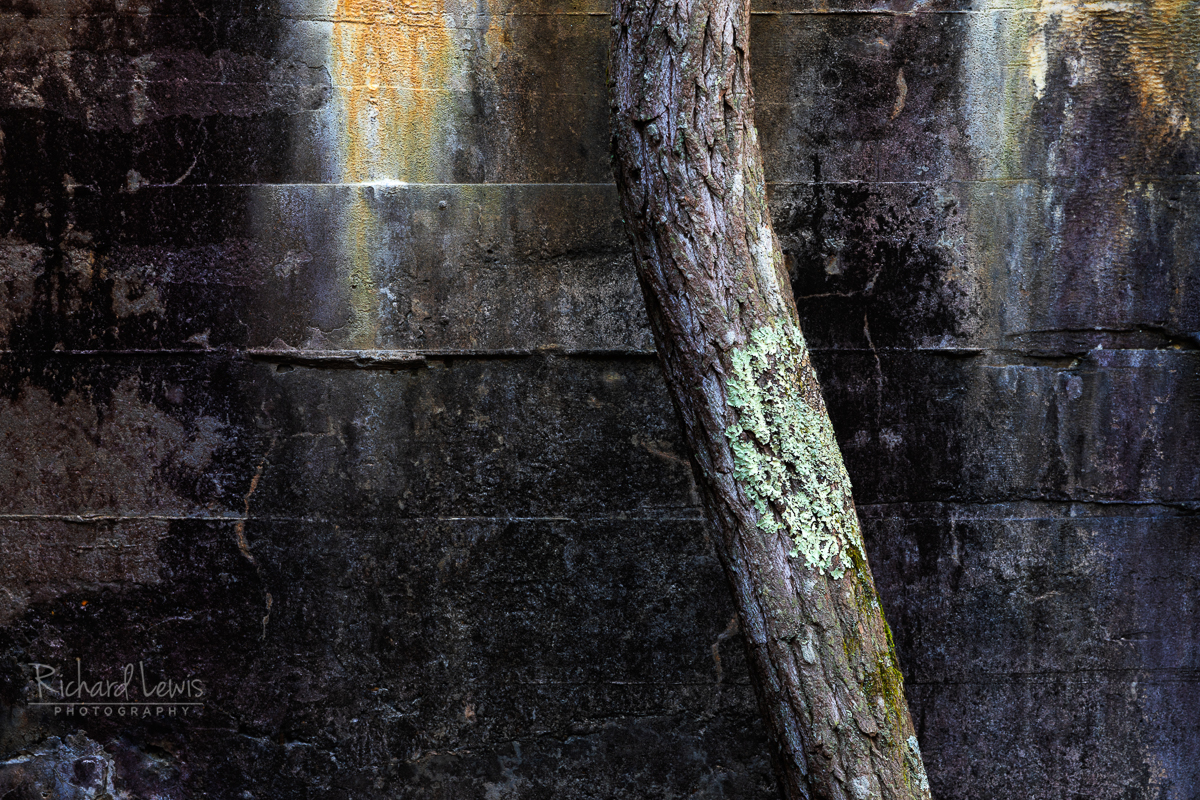 Whenever you pick up a camera the resulting photographs tell a story of your crafting. At these strange ruins, the story I originally wanted to tell of a surviving Pine Barrens historical ruin became something completely different. It was a chance to create fine art photography based on history without necessarily telling that history.

Please Note: One thing that you may notice from these photographs is a lack of graffiti and vandalism at this site. In order to keep these ruins intact, please don’t ask where they are located. In addition, please don’t reveal the location here if you know it. Public revealing of a location leads to our historic sites looking like the old terra cotta brick factory shown here. 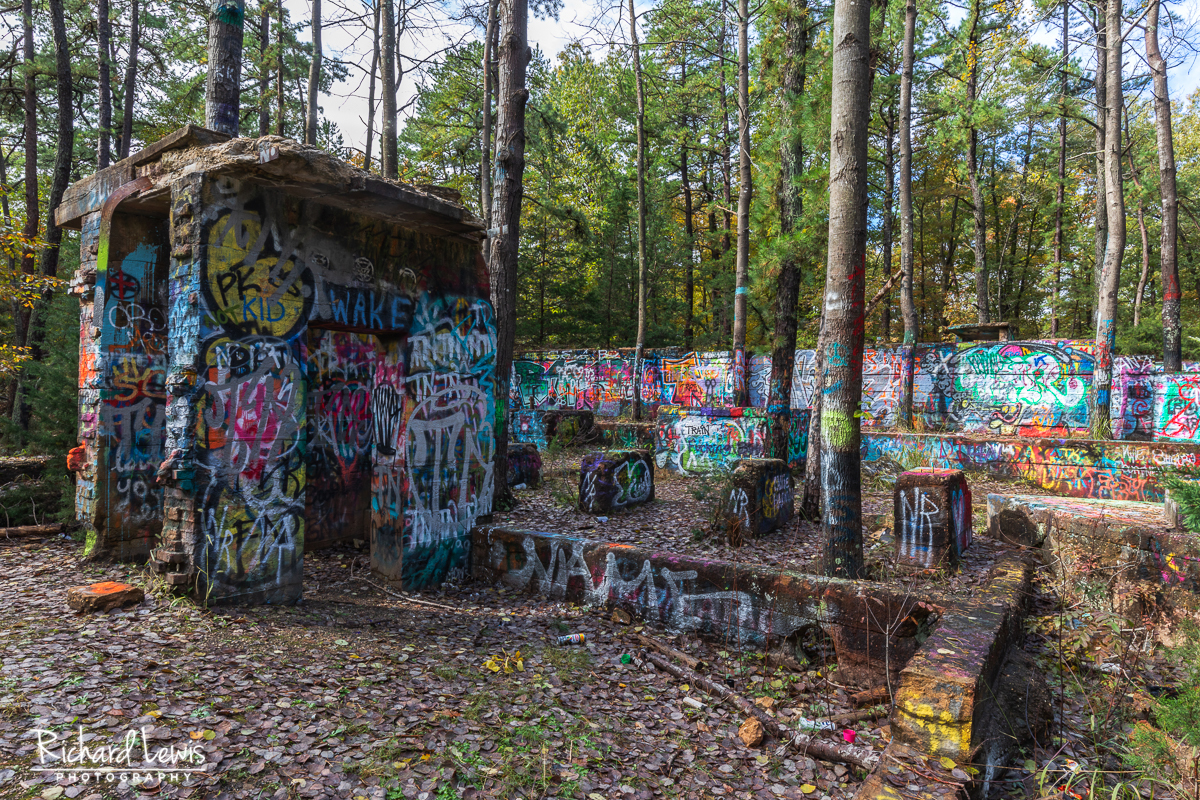 Find out more about my Pine Barrens Workshops