Preserving the Black Run Preserve with a Controlled Burn

When a crew of New Jersey Forest Service Firefighters show up at the 1200 acre Black Run Preserve in the Pine Barrens, you’d think they were there to fight a fire, not start one. However, that was what they were there to do. Fire in the Pine Barrens is part of the natural ecosystem. The Forest Services conducts controlled burns to allow fire to do its job for the environment while controlling the threat of a wildfire. At the Black Run Preserve, while photographing the Forest Service at work, I was seduced by the overwhelming beauty and otherworldly light caused by a forest fire.

The Beauty Of Fire

A controlled burn is a fast moving process in a smoky and hazardous environment. Every now and then though, you can’t help noticing the way the sunlight filters through the smoke and fire. It can turn the burning landscape into something that is stunningly beautiful, other worldly and downright surreal. 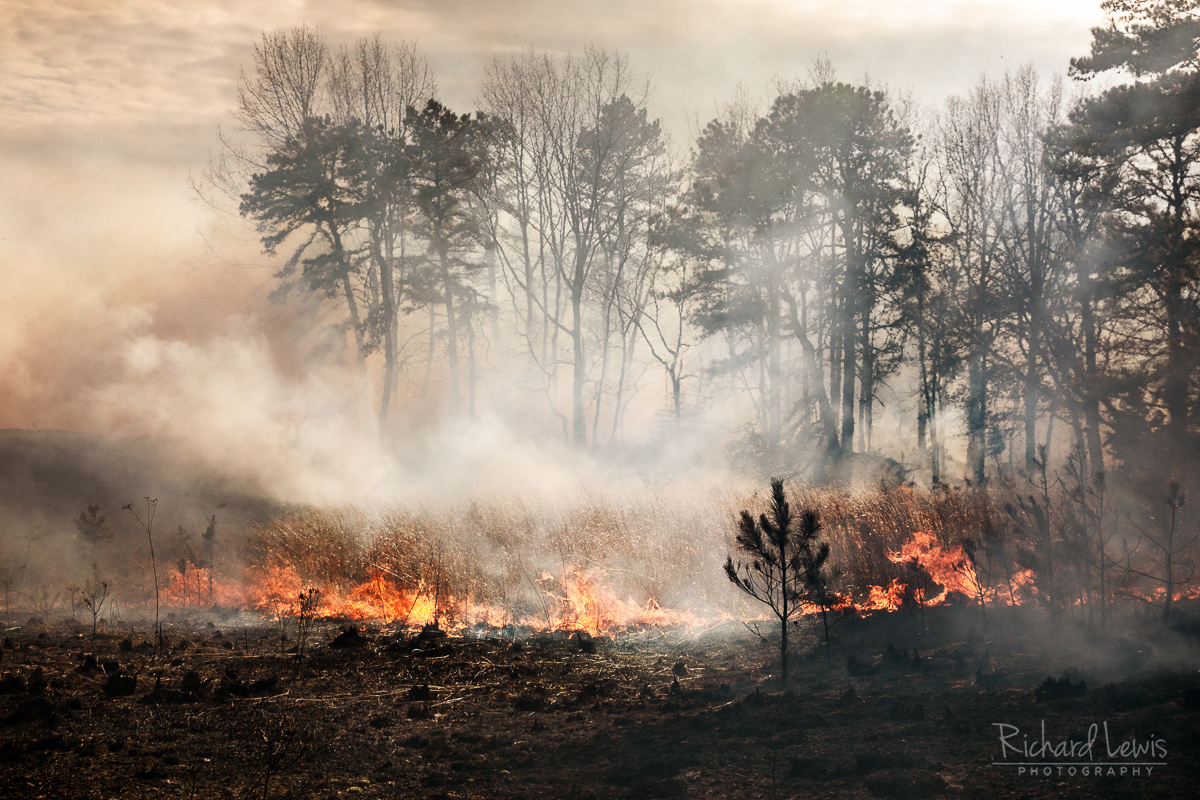 Fire In The Pinelands 1 by Richard Lewis 2019 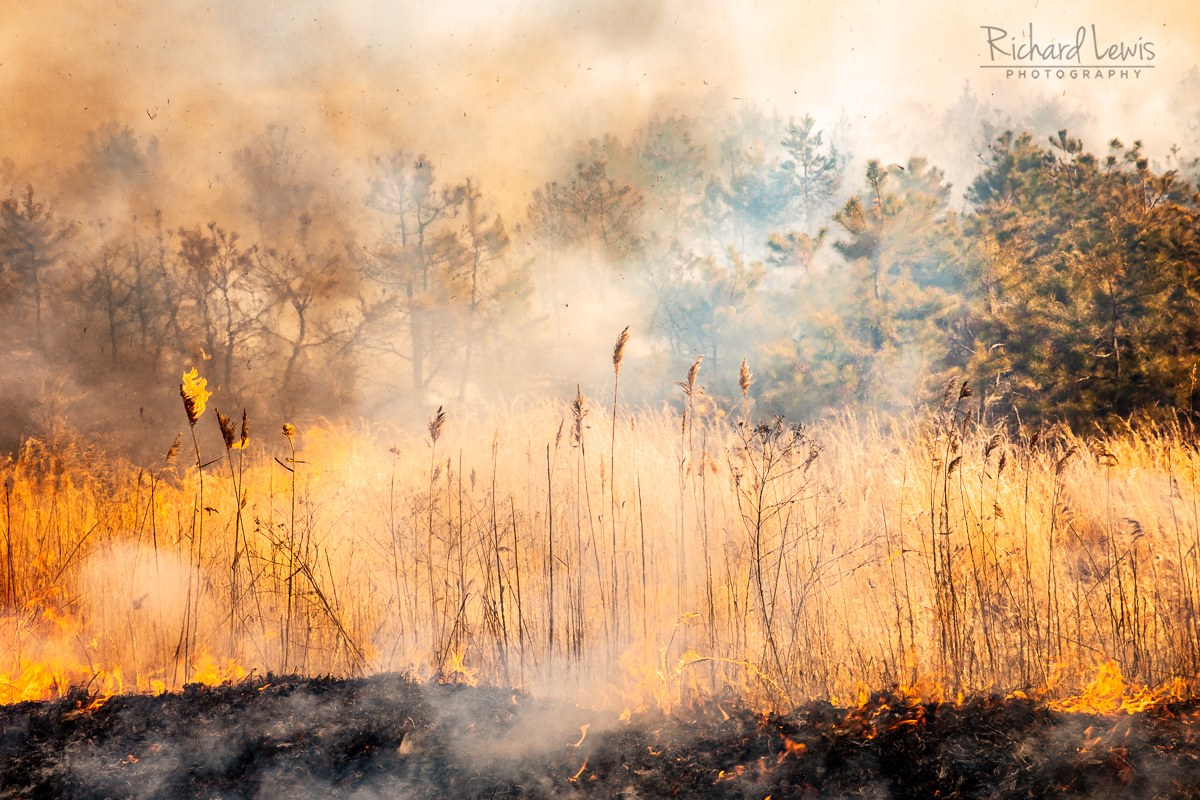 Fire In The Pinelands 2 by Richard Lewis 2019 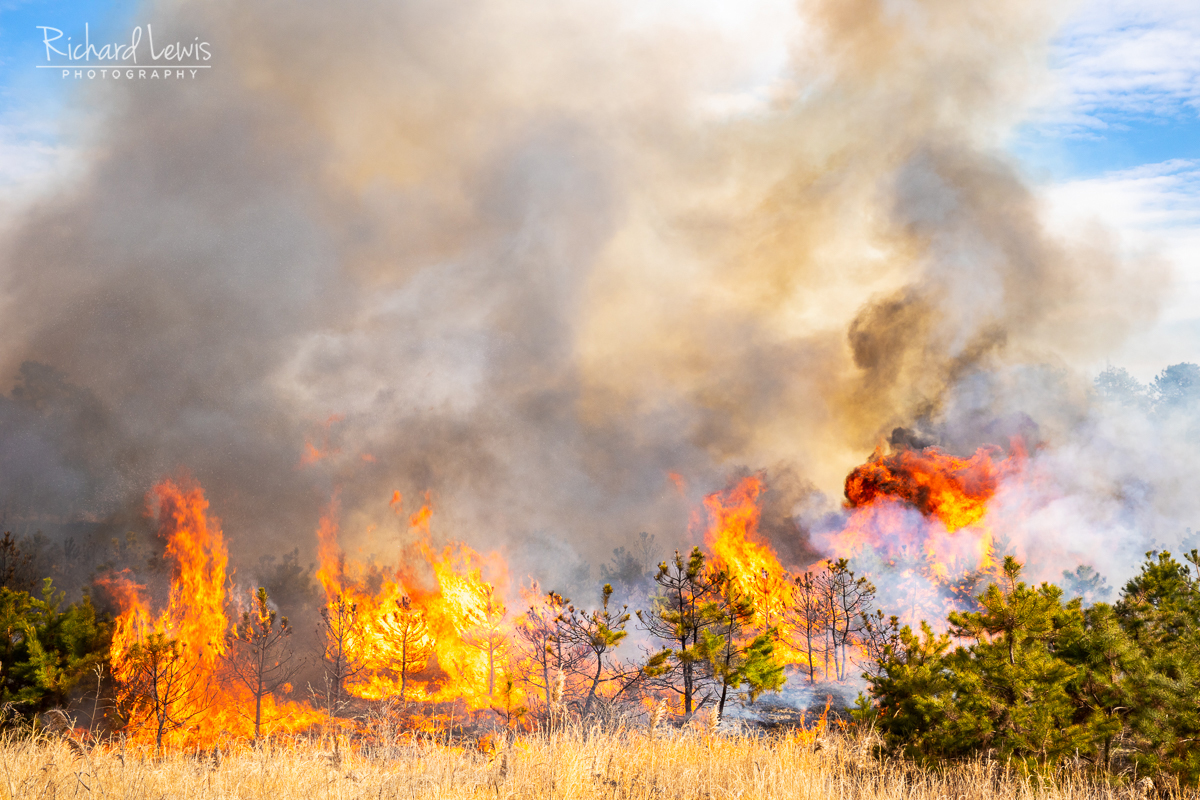 Fire In The Pinelands 3 by Richard Lewis 2019 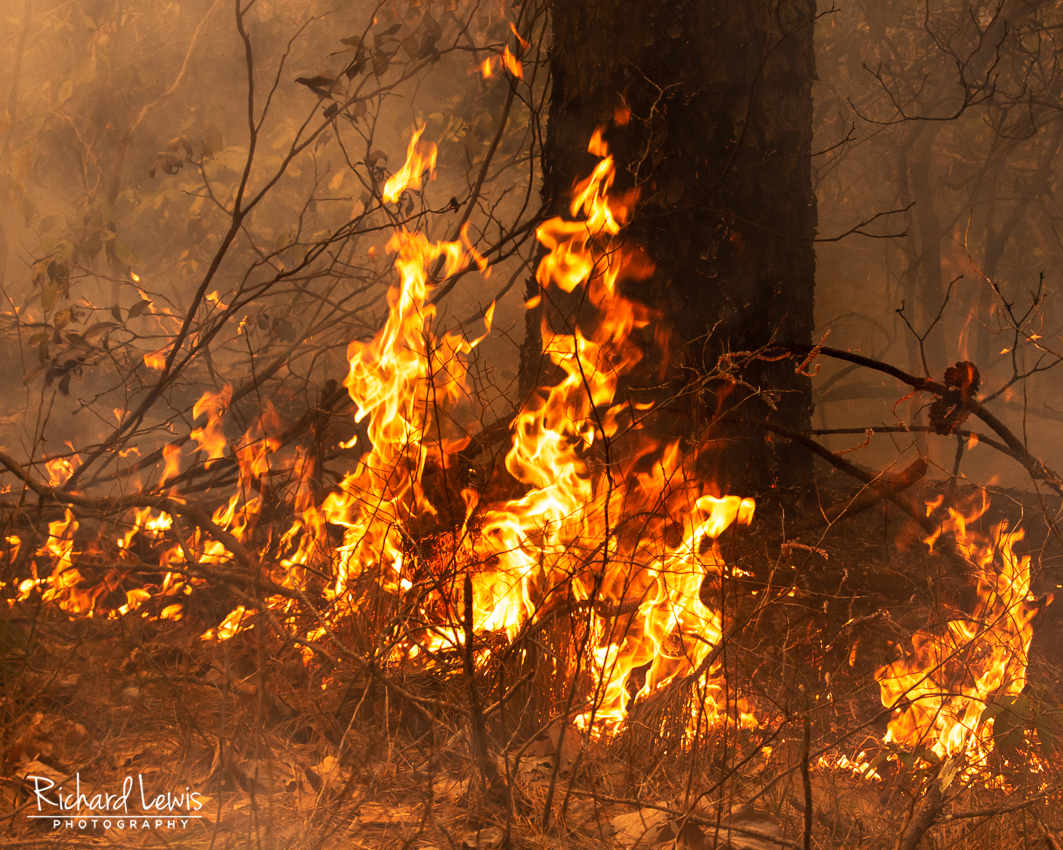 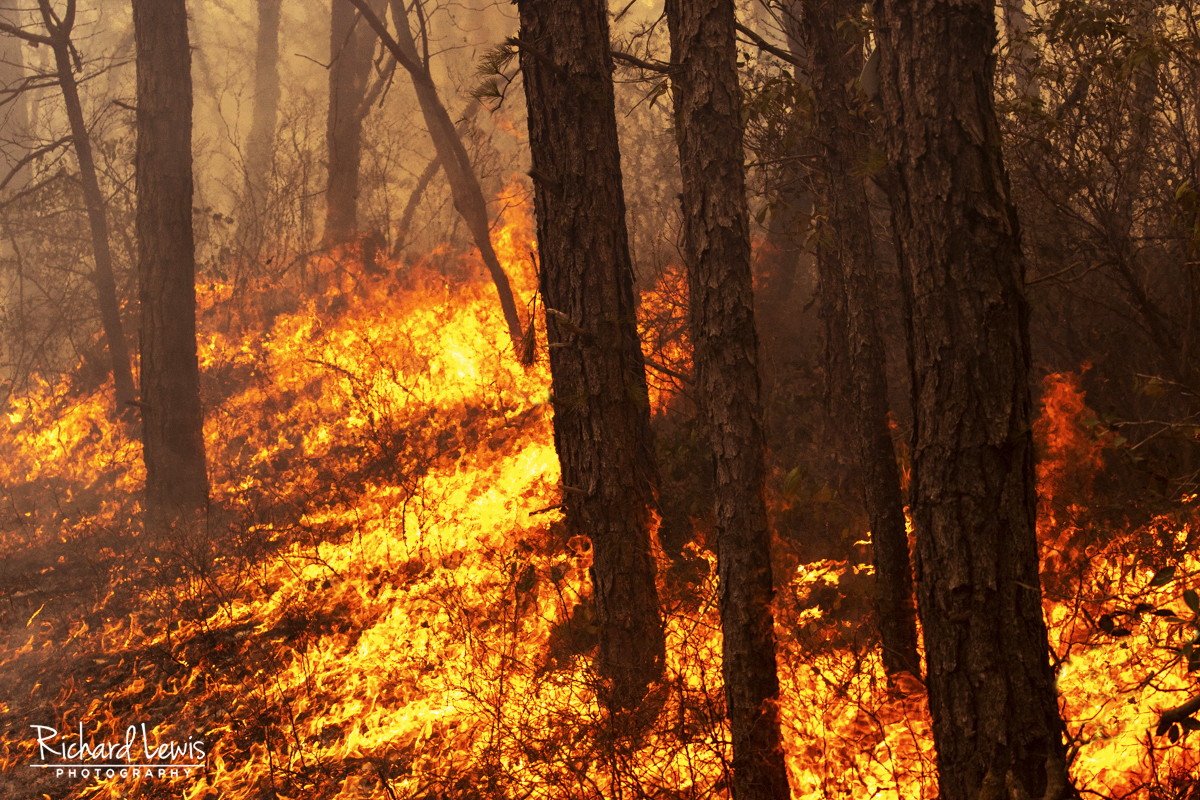 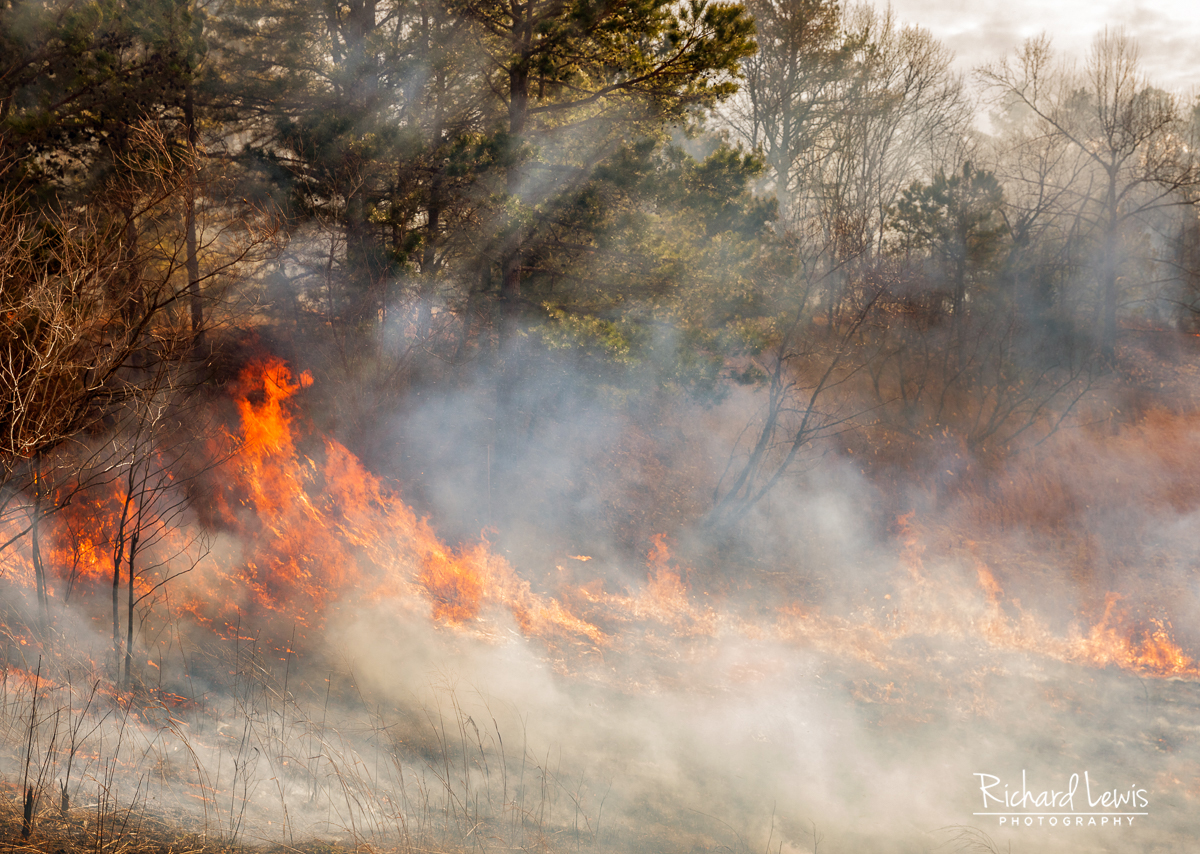 Wind And Fire by Richard Lewis 2019 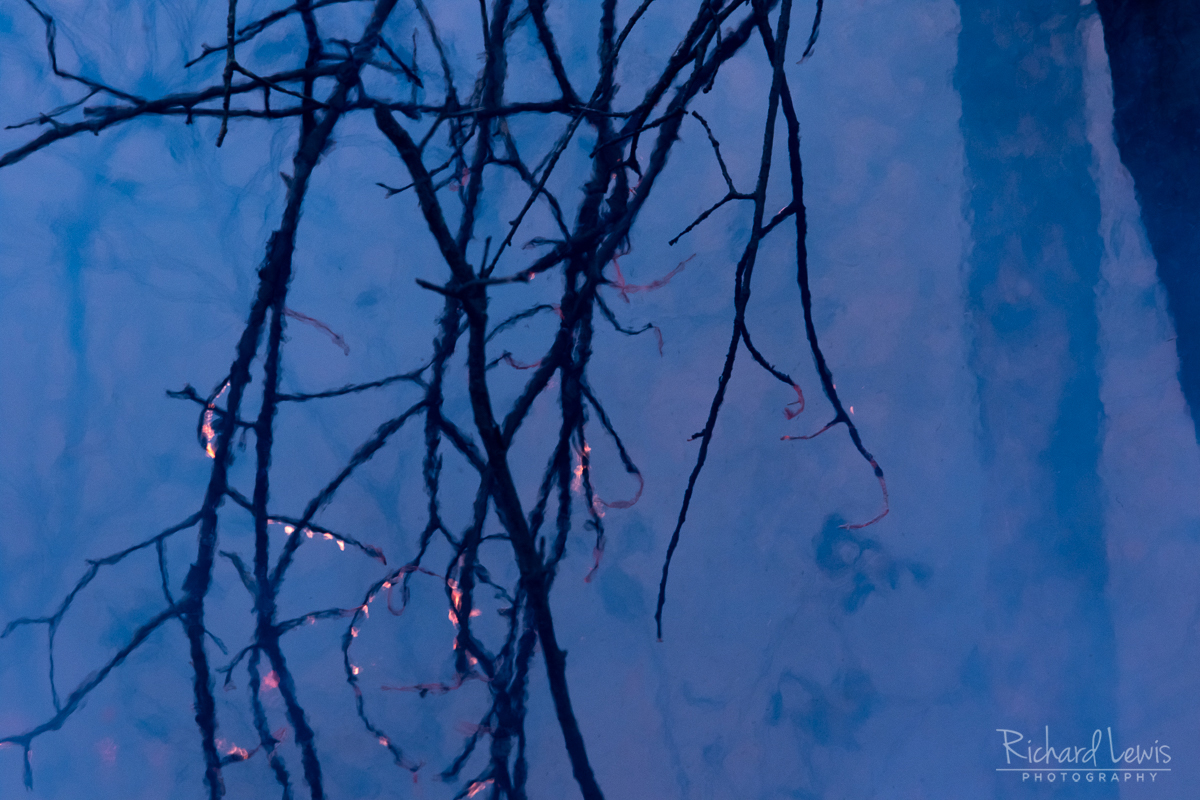 Abstraction In Fire by Richard Lewis 2019 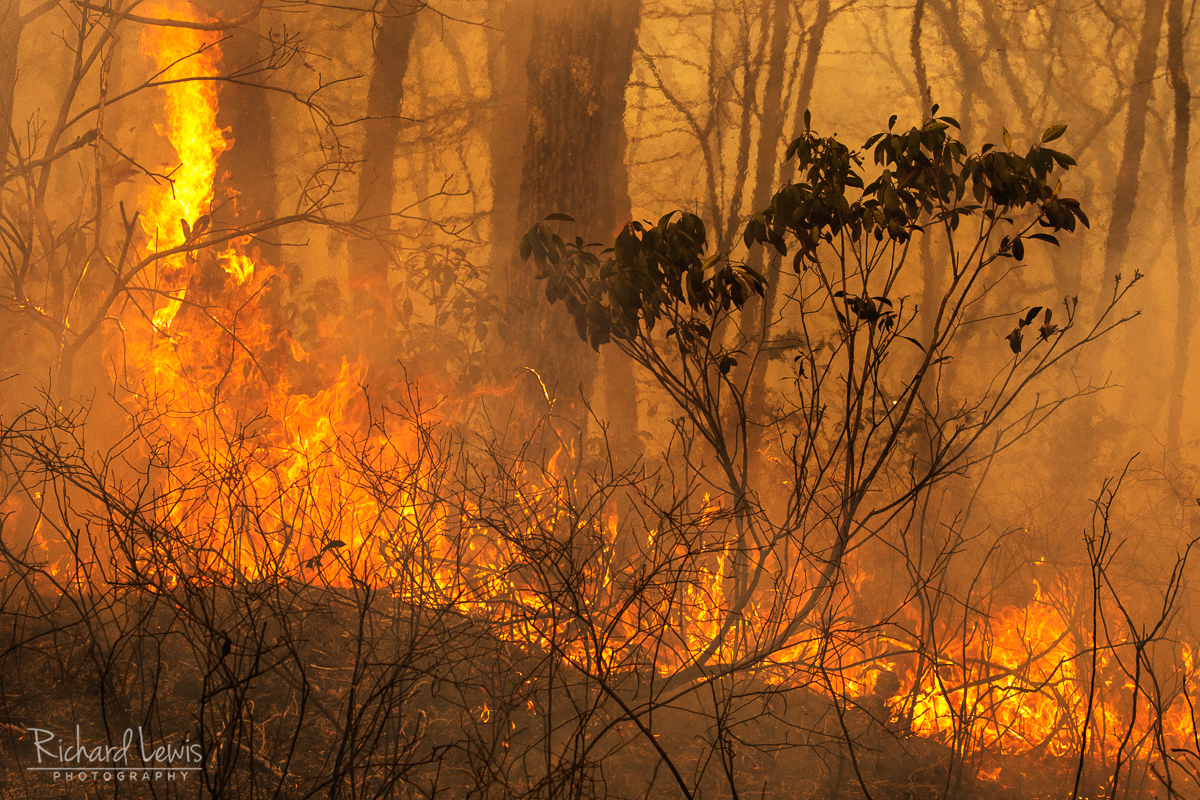 The People Who Make It Happen

When it comes to conservation and preservation of the environment, the political battles tend to get attention. However, the real work of making sure our forests are preserved is done by professionals like the Forest Service. Many of the firefighters I met grew up here and have deep roots in the Pines going back generations. Their work is driven by history as much as it is by a love of the Pine Barrens. 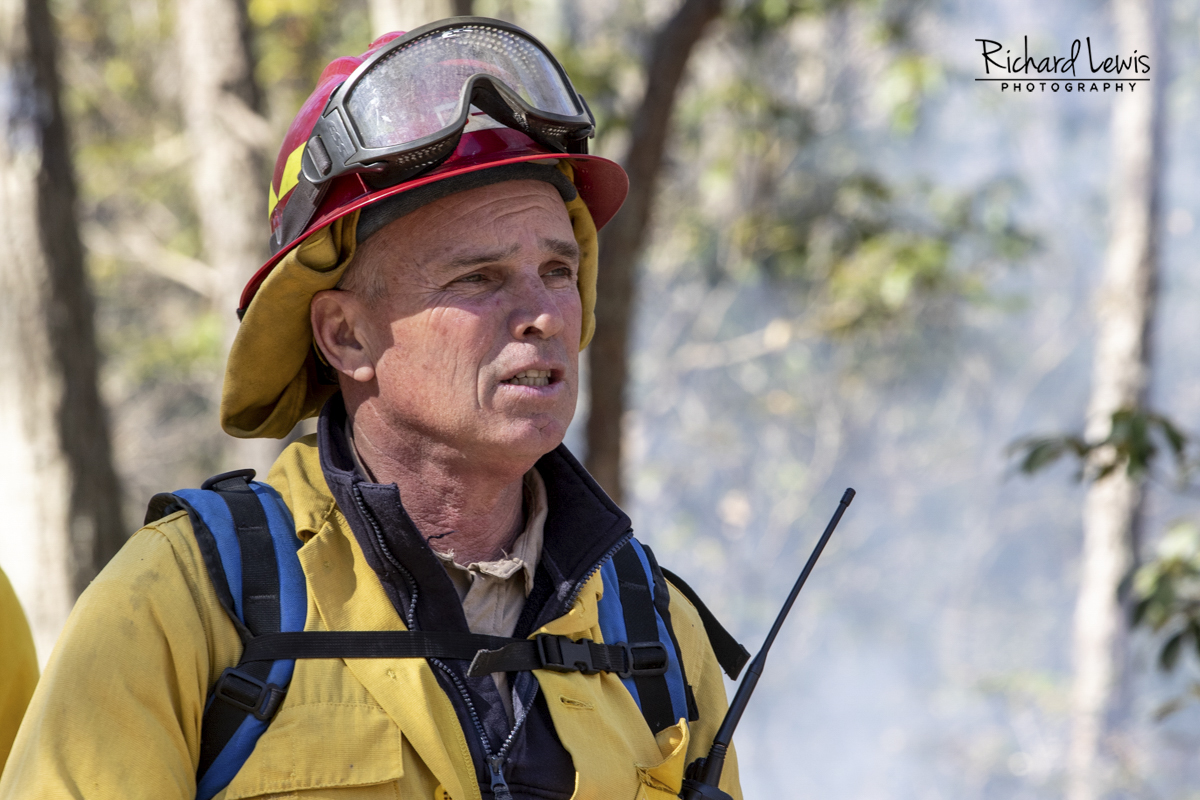 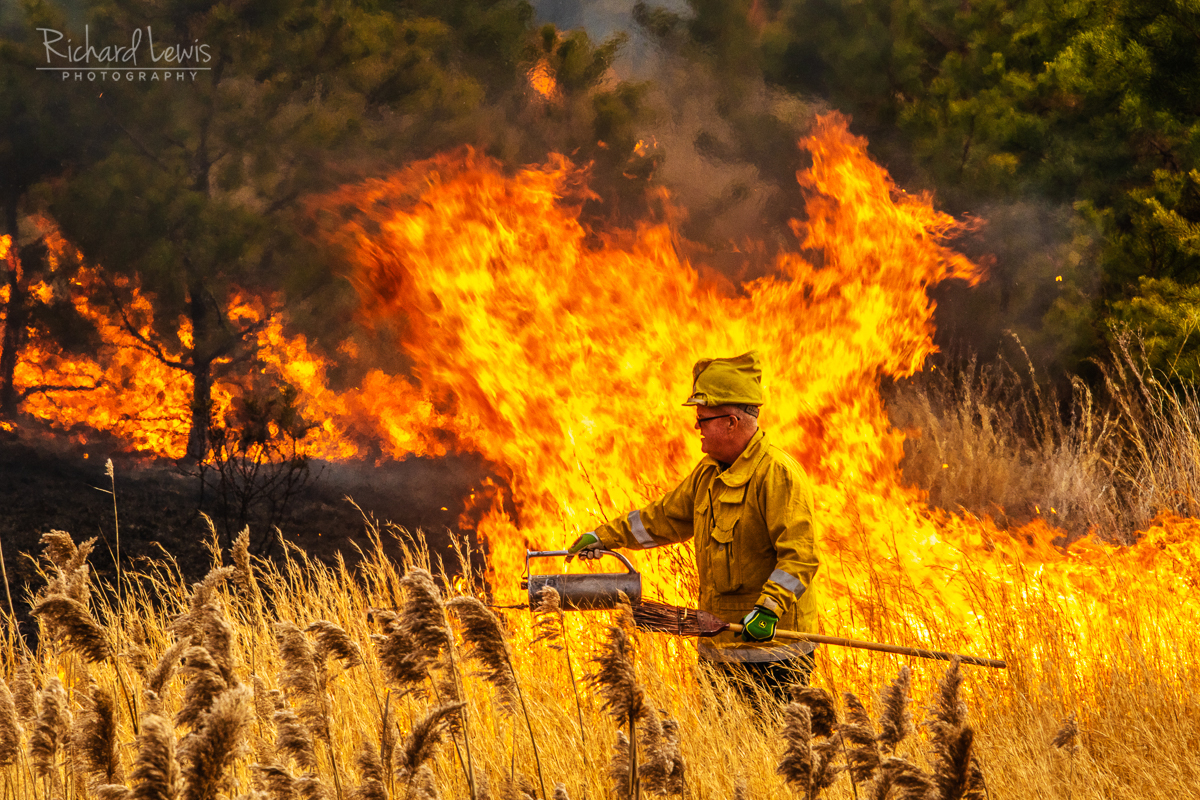 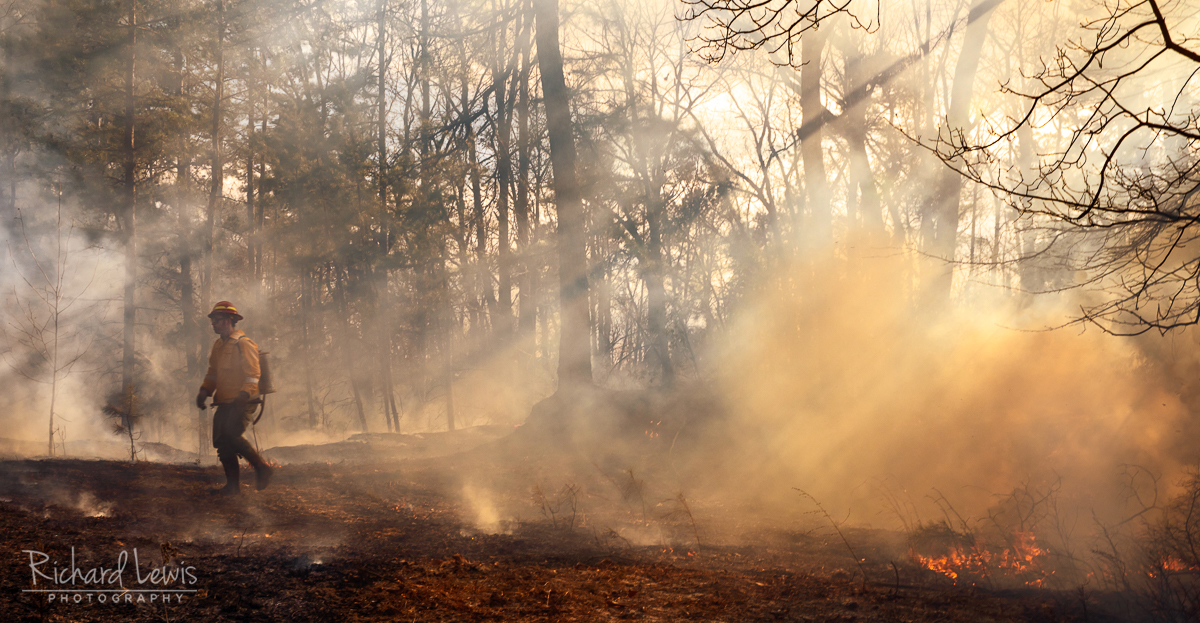 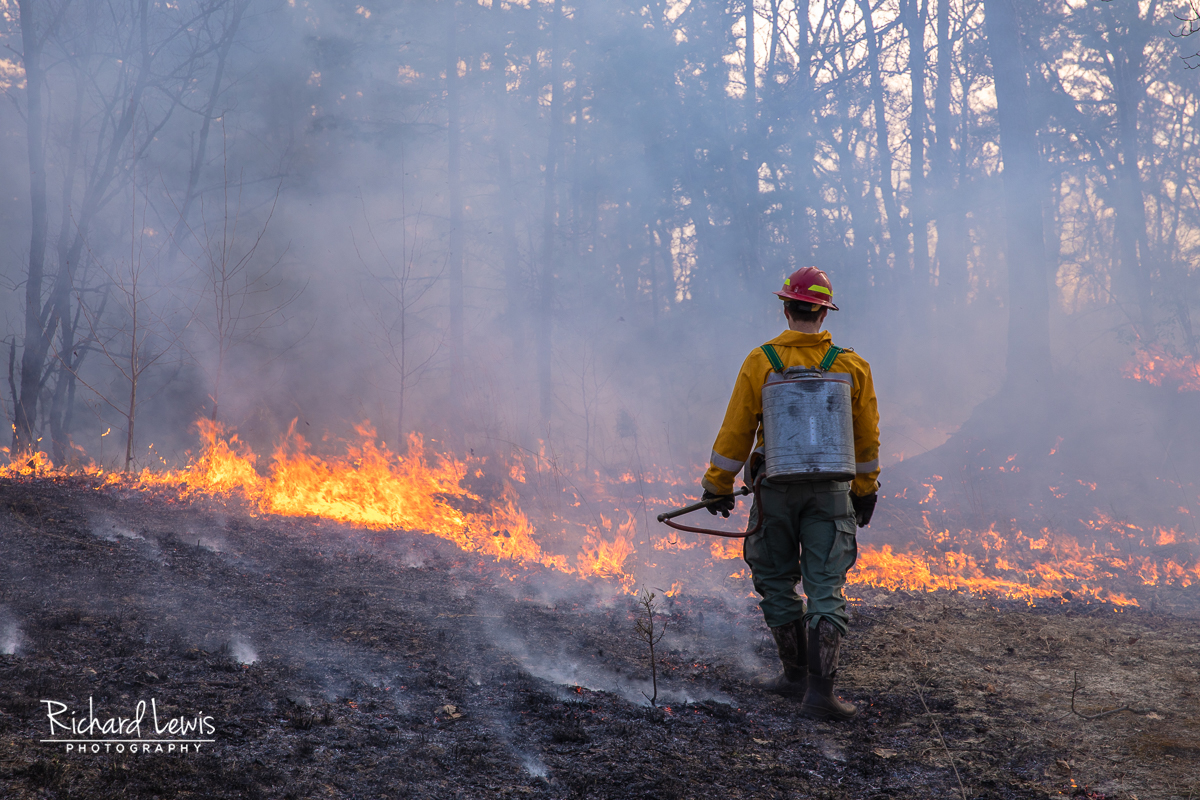 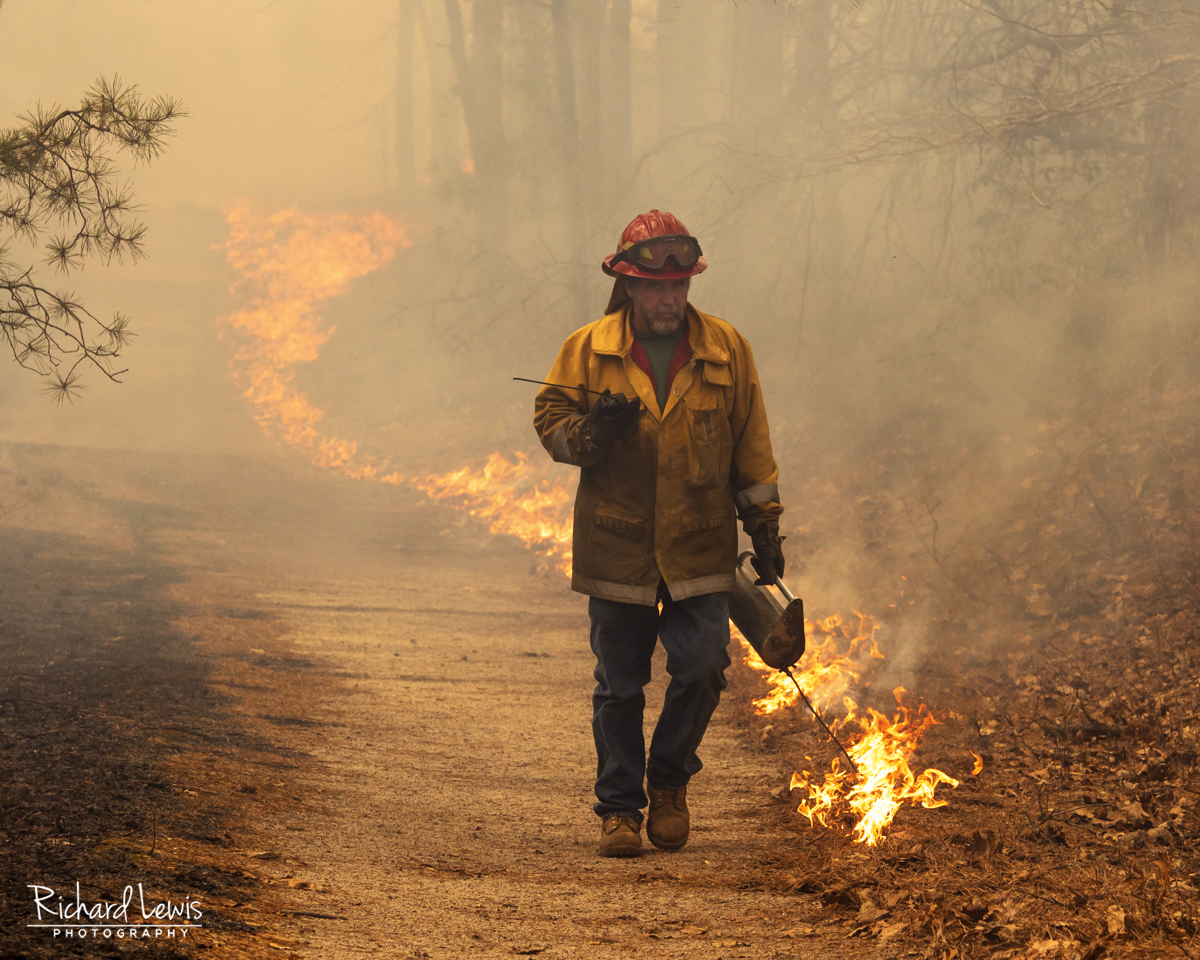 Lighting The Fires by Richard Lewis 2019 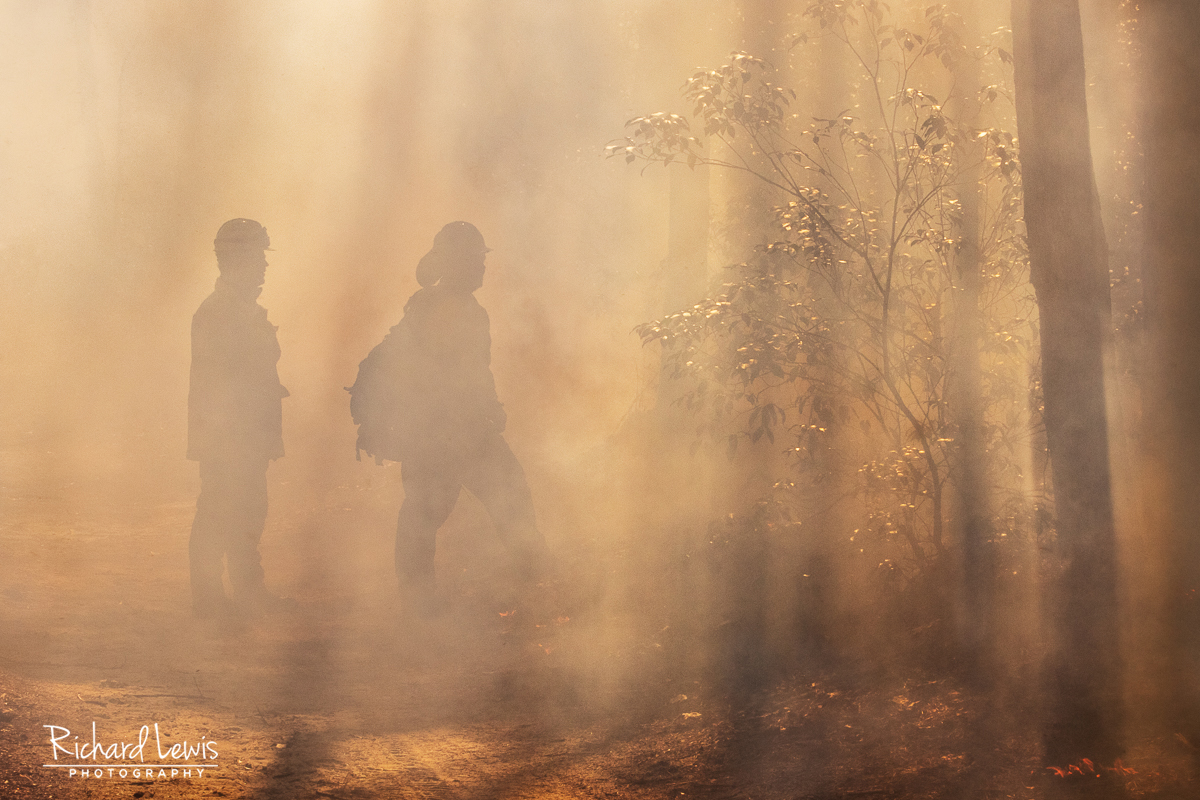 Shooting fire is not like photographing a landscape. Forget the tripod because there is no time to take your time creating that perfect composition. Instead, shooting instinctively and composing quickly is critical. I had two cameras, one with a 24-70mm wide angle to slightly telephoto zoom lens and another with a 70-200mm telephoto zoom lens. In this environment, changing lenses and exposing the sensitive electronics inside your camera is not a good idea, so it was important to have a wide range of coverage.

I set the cameras on shutter priority with a shutter speed of 1/250th of a second and the ISO at 400. These settings allowed me to catch the action and have an aperture low enough for a good depth of field to keep the foreground and background in focus.

Both I and my gear came home reeking of smoke. Yes, a camera can smell and things like camera straps and sunglasses actually need to washed. Overall, it was an amazing experience and as a photographer who chases light, these shoots provided light like I’ve never seen, while having the opportunity to work with some amazing people.

See more of my photography here