The Pine Barrens as a Metaphor

The Pine Barrens as a Metaphor

How A Landscape Can Be More Than Just Terrain

Photographs of a flat landscape like the New Jersey Pine Barrens made with very wide angle lenses tend to be more about the sky than the landscape. I’ve photographed quite a few scenes like this one under all sorts of dramatic skies and now tend to photograph more intimate scenes. More trees, less sky, looking for the small landscapes within the grand landscape. Yet, I shot this one with wide angle 24mm lens and titled it Ominous Morning.

Why shoot another wide angle photograph of the Pine Barrens? This image is meant to be a metaphor for what we have gone through as a nation in 2020. A global pandemic forced a shutdown of society and isolated us in our homes, separated us from friends and family. The little foreground island with two trees, separated from the rest of the forest, symbolizes this. The global shutdown started out as a lighthearted break from life, but quickly evolved into a feeling of isolation as the novelty wore off. An economy put on hold and nationwide violent protests added to feelings of despair and uncertainty. This is represented by the sun struggling to breakthrough the clouds of an approaching storm. 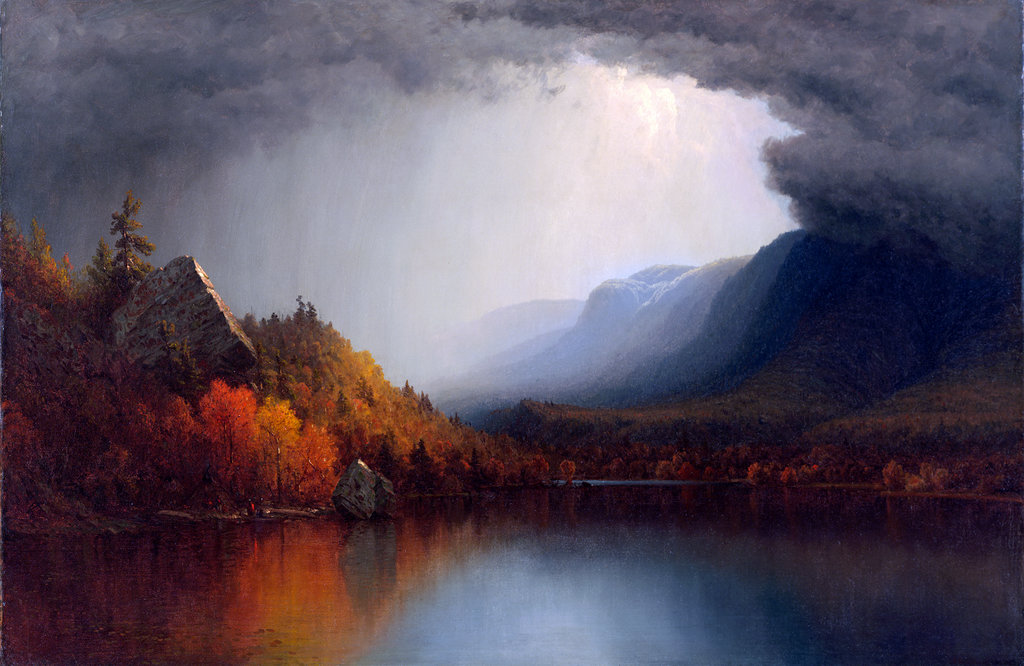 One of the biggest influences in my photography is the work of the 19th century Hudson River School of landscape painting. Although they were landscape painters, their work often used symbolism to reflect the mood of the time. This painting, titled A Coming Storm, was made by Sanford Gifford in 1863 during the American Civil War. The storm and shadows encircling the landscape symbolize the feeling of despair many were feeling in the middle of a bloody and seemingly endless war.

The photograph above is a 21st century use of the landscape to express how I see this period of uncertainty in our American story.

I tend to be a pretty upbeat and positive person. While there is a lot of concern in the world, there is also a lot of hope. The progression of this particular day bore out a feeling of hope. The storm clouds in the photograph dissipated, spilling only a few drops of rain. The sun came out to make a pleasant early summer day.