To Go Where No Tripod Dares

Next to a camera, a tripod is the landscape photographer’s best friend. It holds the camera steady so you can control your exposure and composition. What if you want to photograph a landscape from a place where using a tripod is not feasible, like a kayak? I’ve often said that the best way to see the New Jersey Pine Barrens is from our narrow and twisting rivers. The problem is being able to create landscape photographs from those rivers.

Getting to the river’s edge on foot can be difficult. It can require bushwhacking skills and a tall pair of waterproof boots. Plus the best compositions seem to be from the water, which means shooting from a boat. Getting carefully composed and sharp landscapes from a kayak or canoe is difficult if not impossible. Photographing on a shady river requires camera settings that will limit sharpness. A slow shutter speed can cause photographs to be blurry from camera shake or the boat bobbing up and down. Wide apertures limit depth of field so not everything will be in focus. Shooting with a high ISO will create noise that also degrades sharpness, although this is improving all the time with newer cameras. All this limits you to photographing in places where you can land and get out of your boat to setup a tripod.

No Tripod No Problem 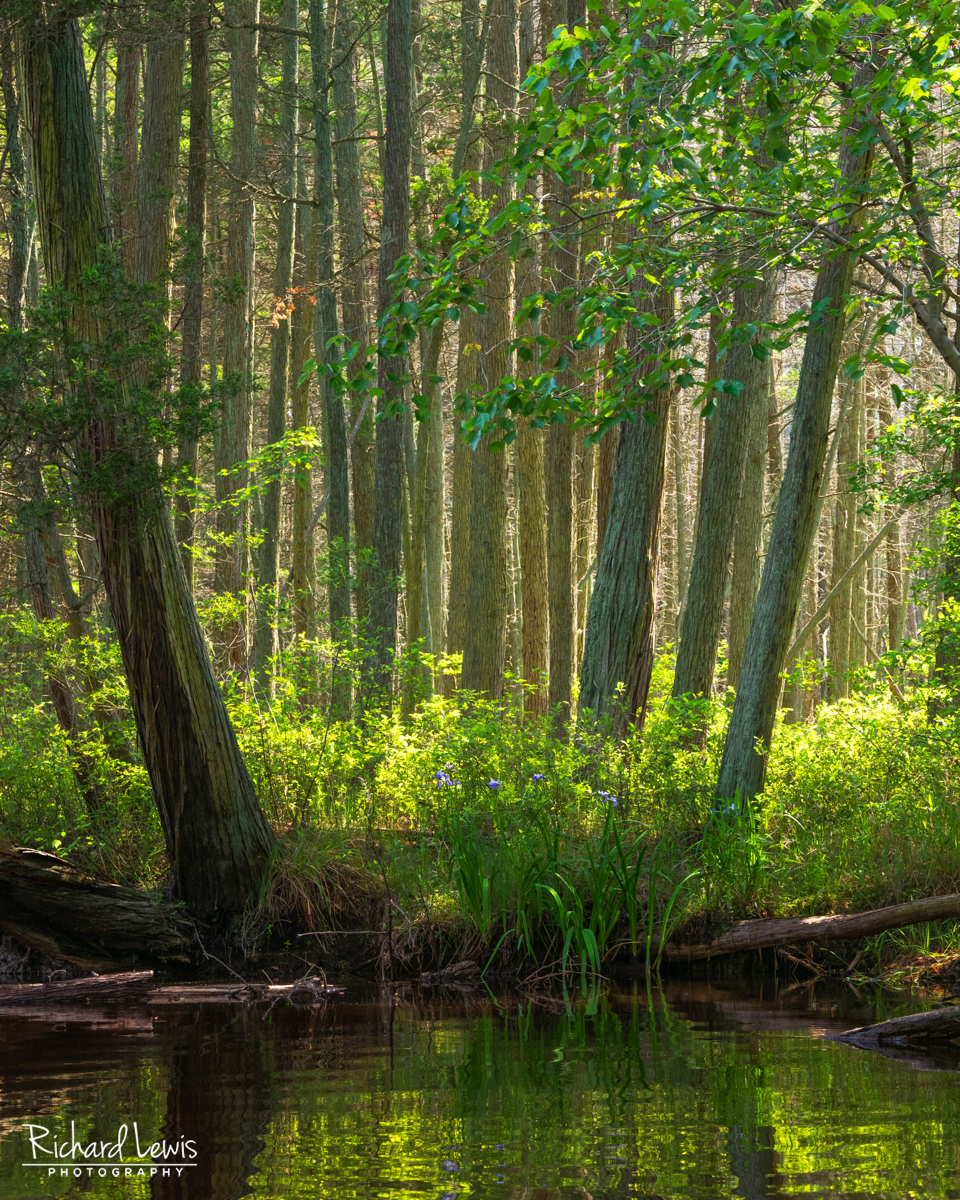 I spent a day paddling on the Batsto River which is one of the most scenic rivers in the Pine Barrens. It was partly cloudy so the light kept changing in interesting ways. It took practice and experimentation, but I figured how to take advantage of this beautiful light. 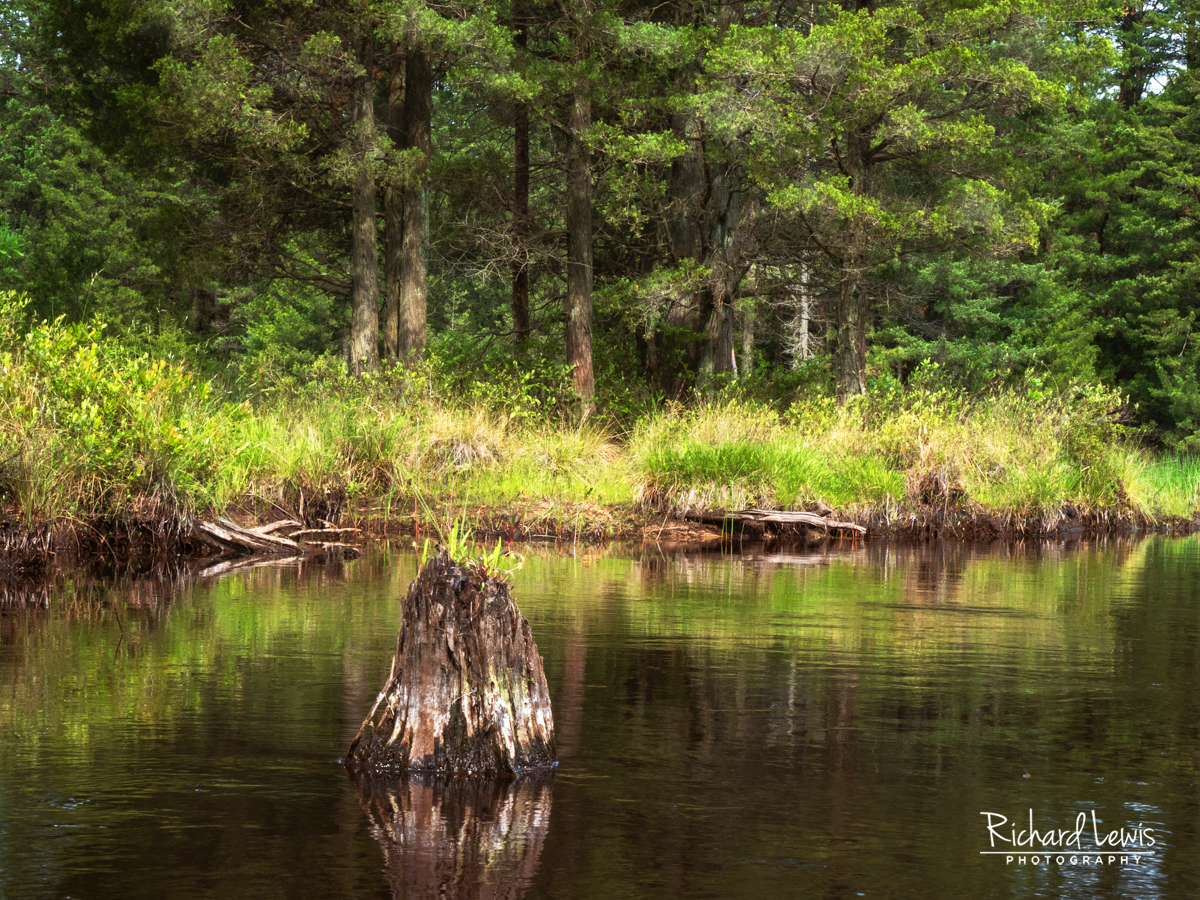 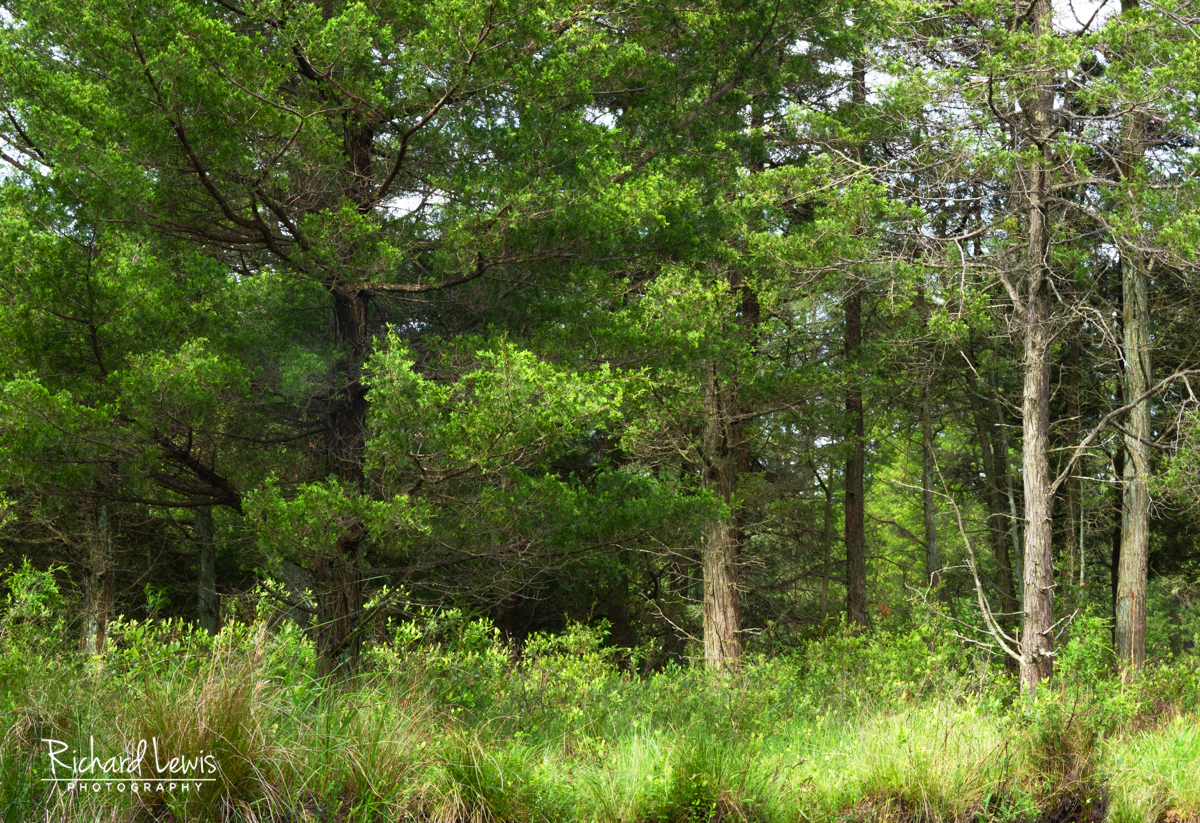 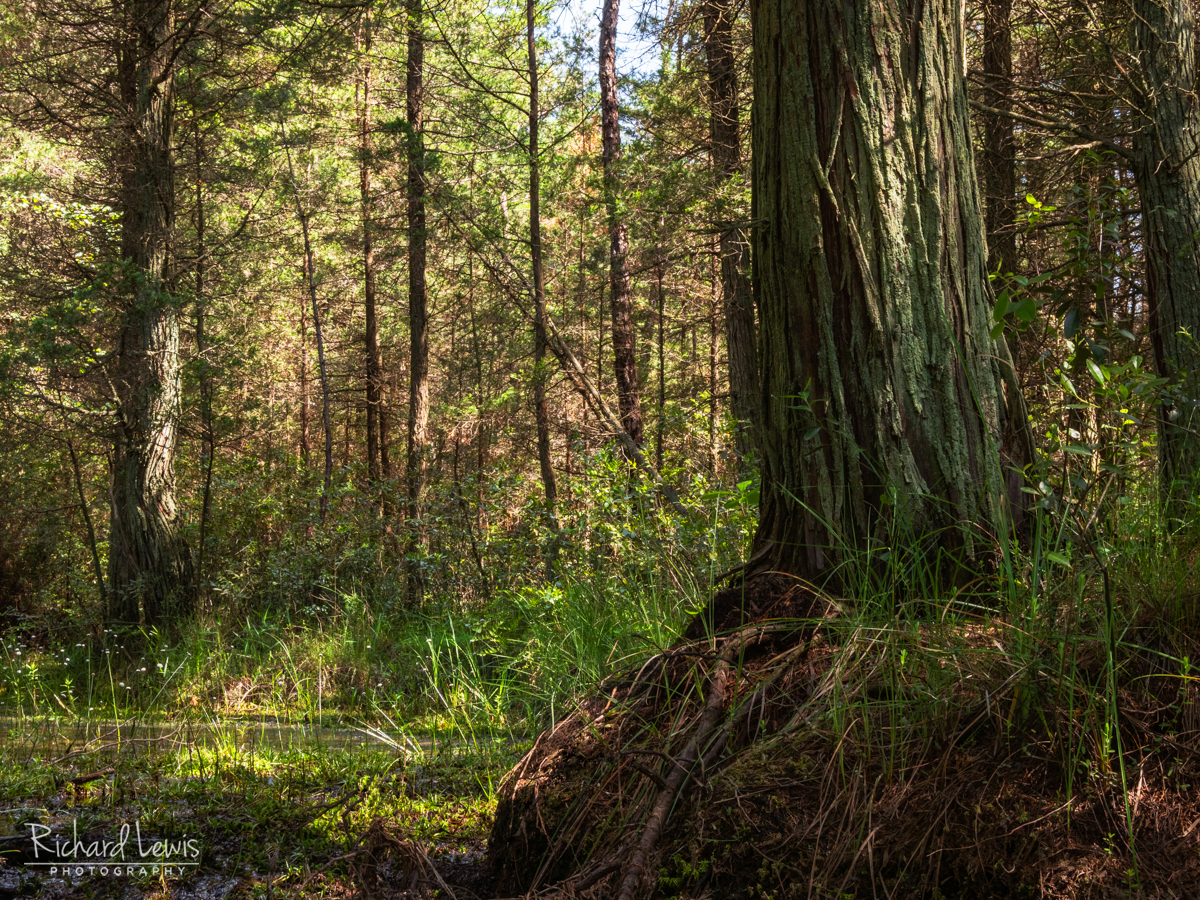 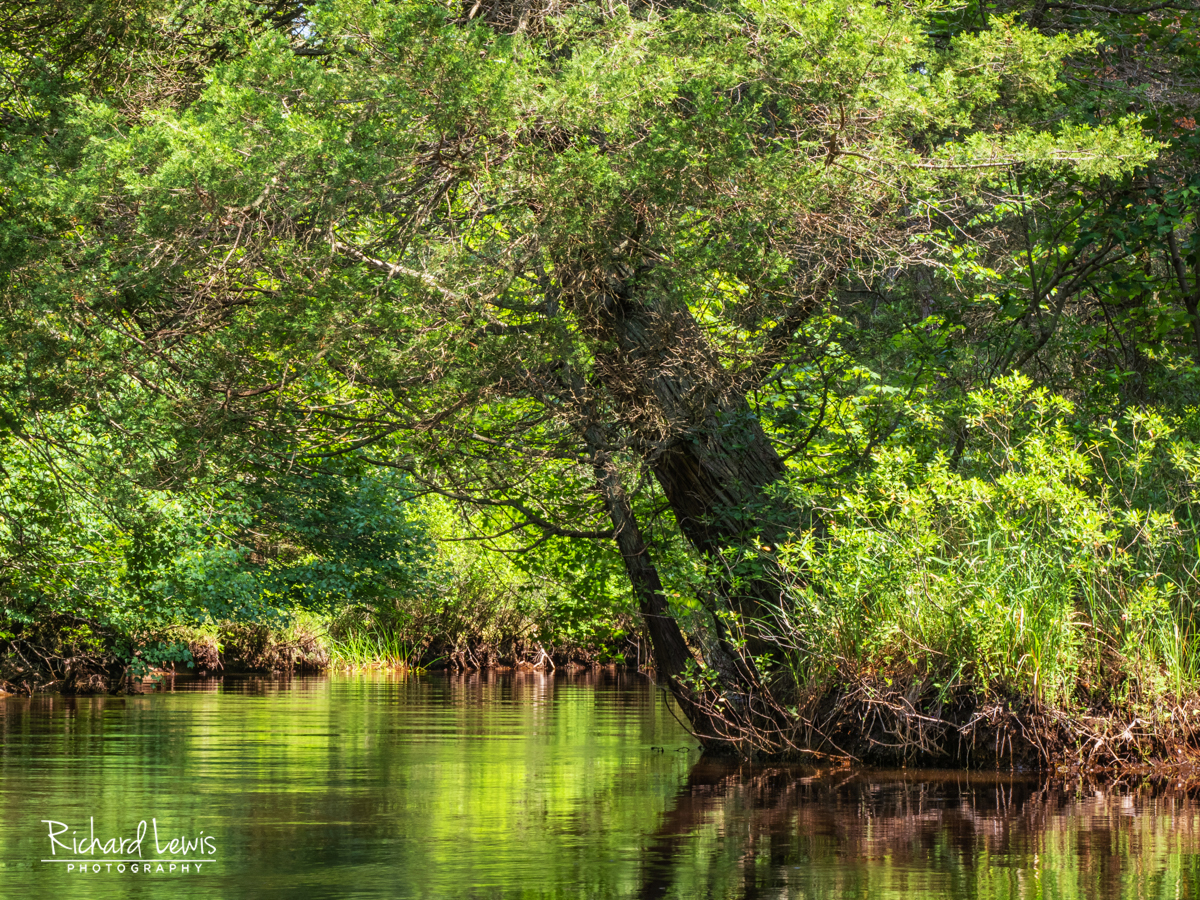 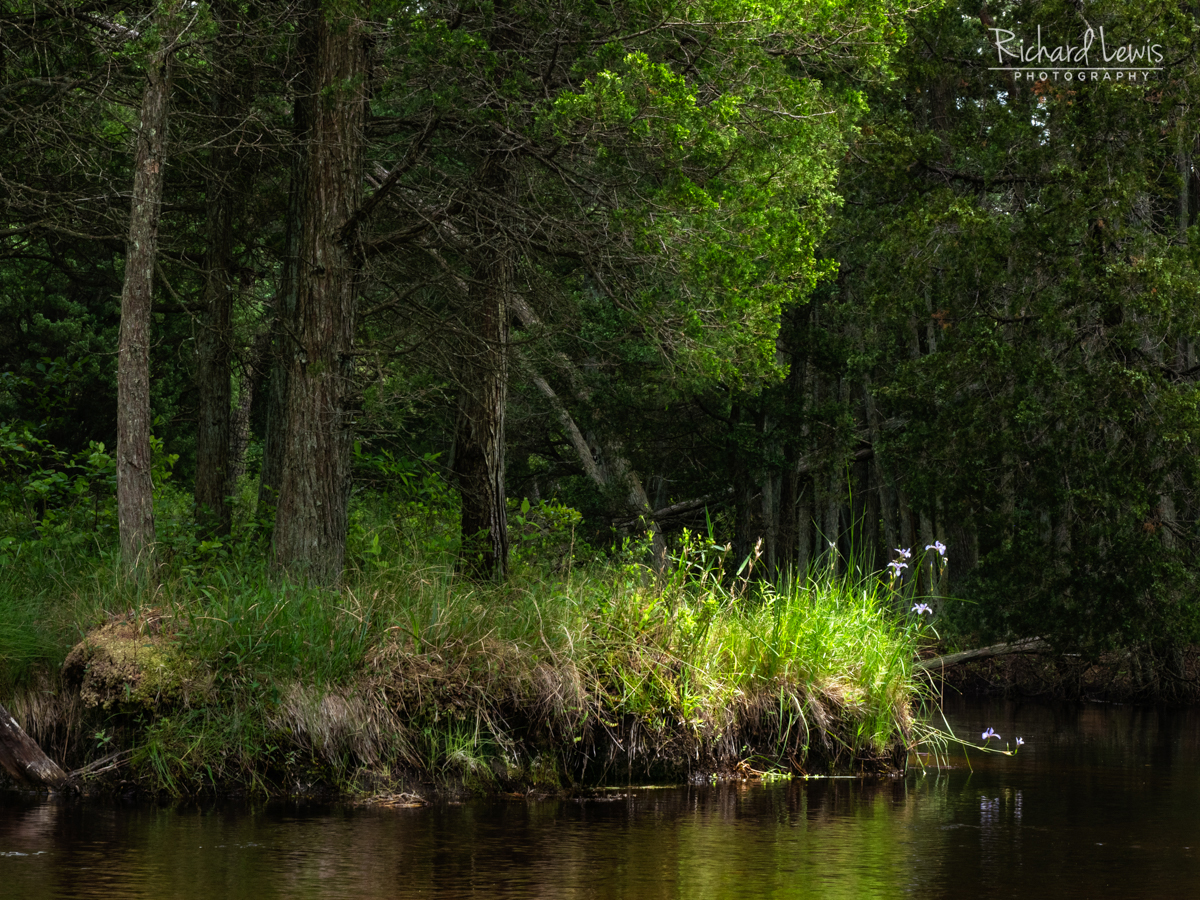 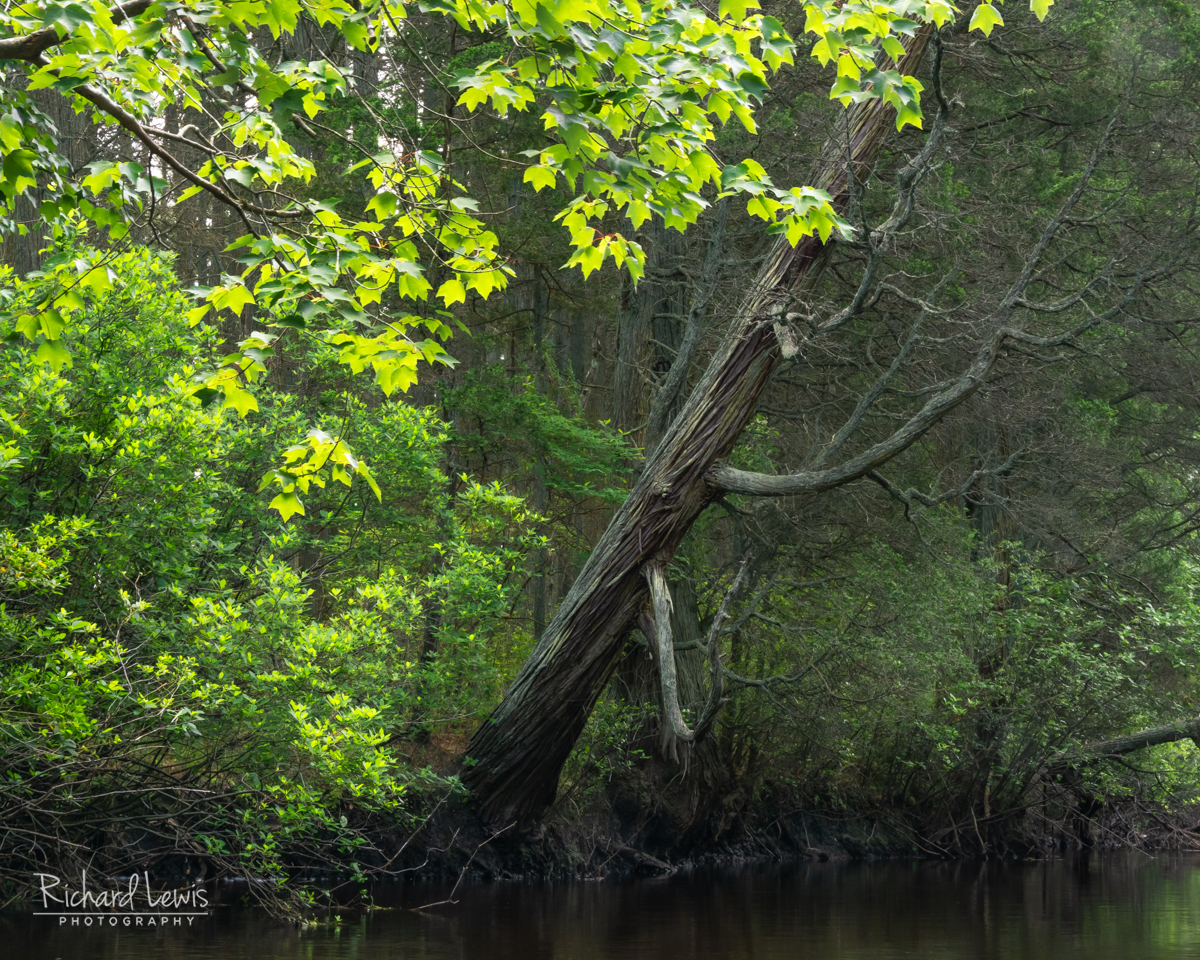 Because I had no idea how this little experiment would work, I had a small hiking tripod onboard. It did come in handy for these two images which were made where the shoreline was accessible and I could beach the kayak and photograph from solid ground. 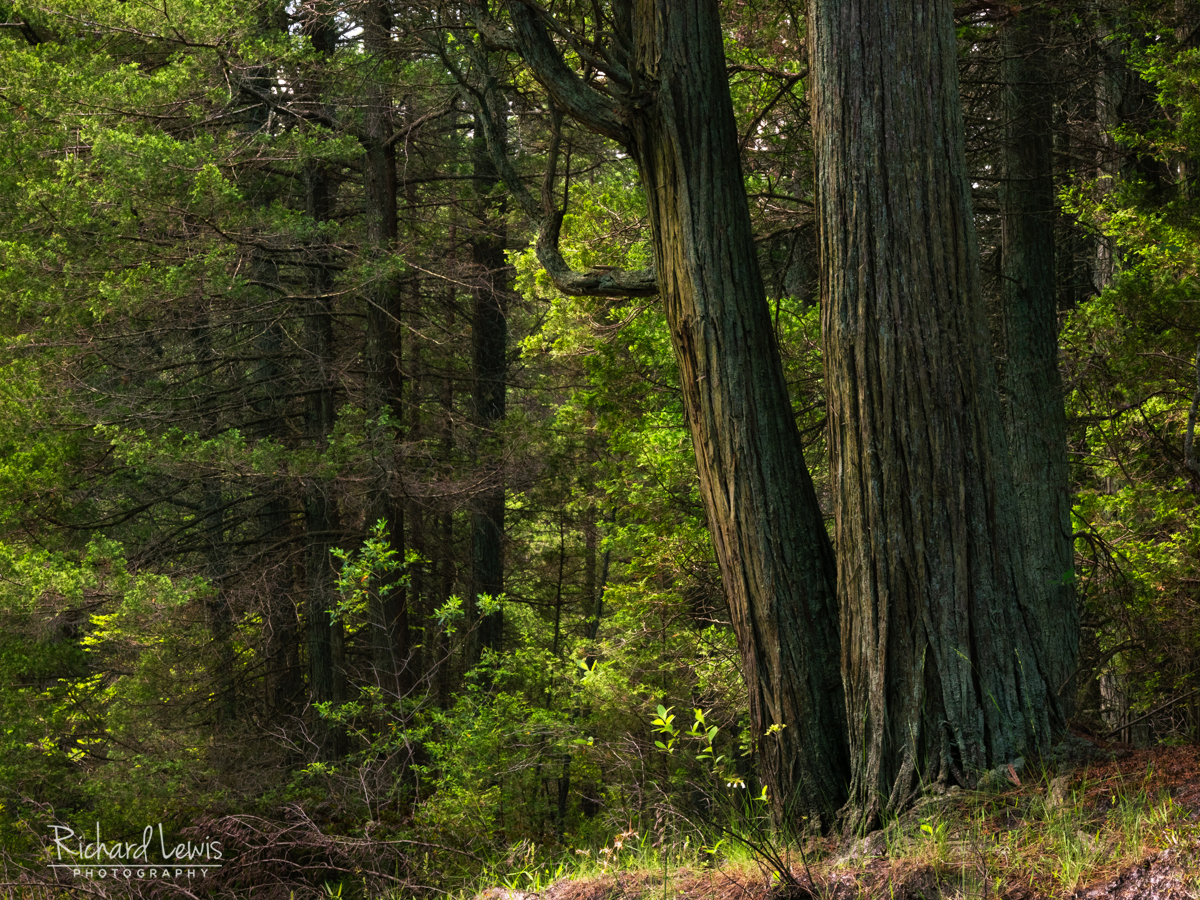 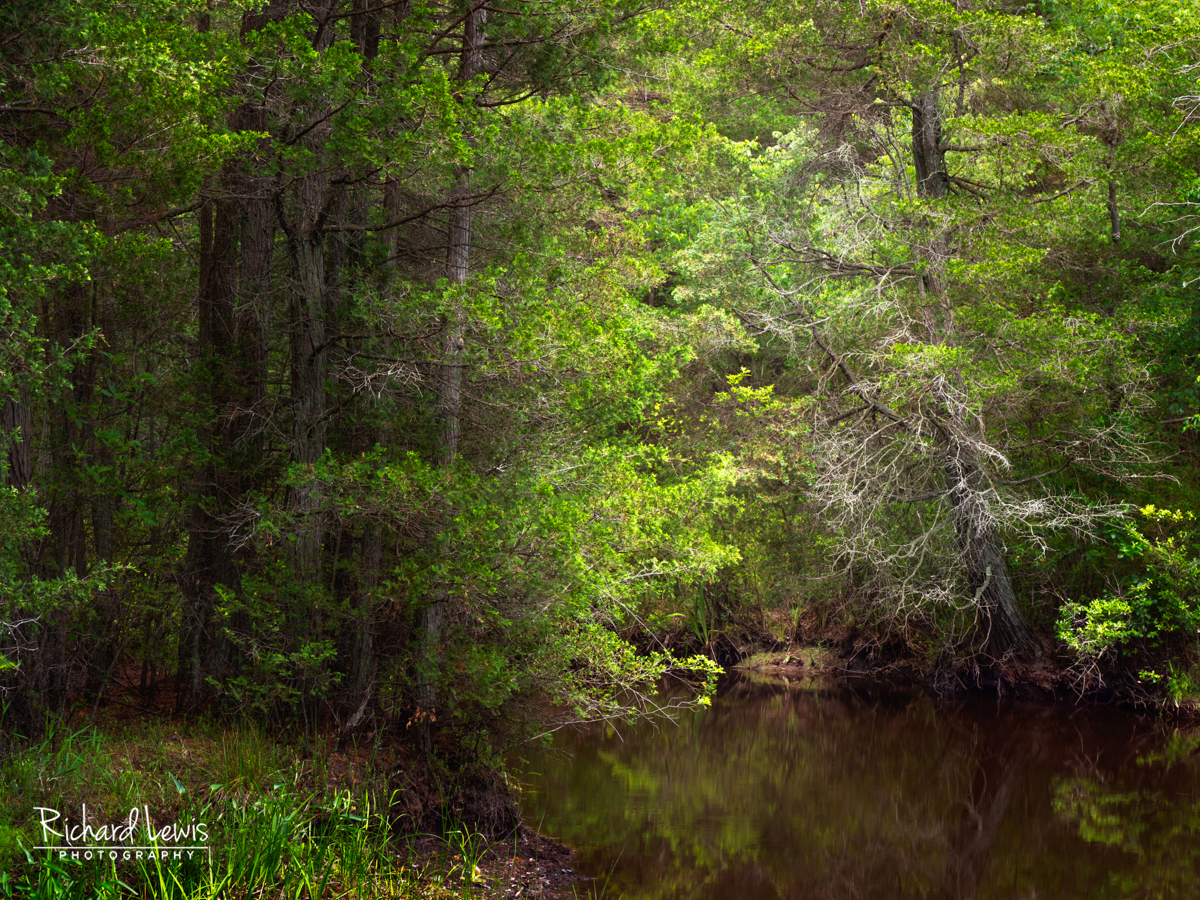 These little carnivorous plants are called Sundews. They like to feast on our local bug population. Since we like anything that eats the abundant bugs around here, Sundews are a favorite. They usually grow along the ground in wet and marshy areas, but on one stretch of the river they were growing, and thriving on downed tree trunks. 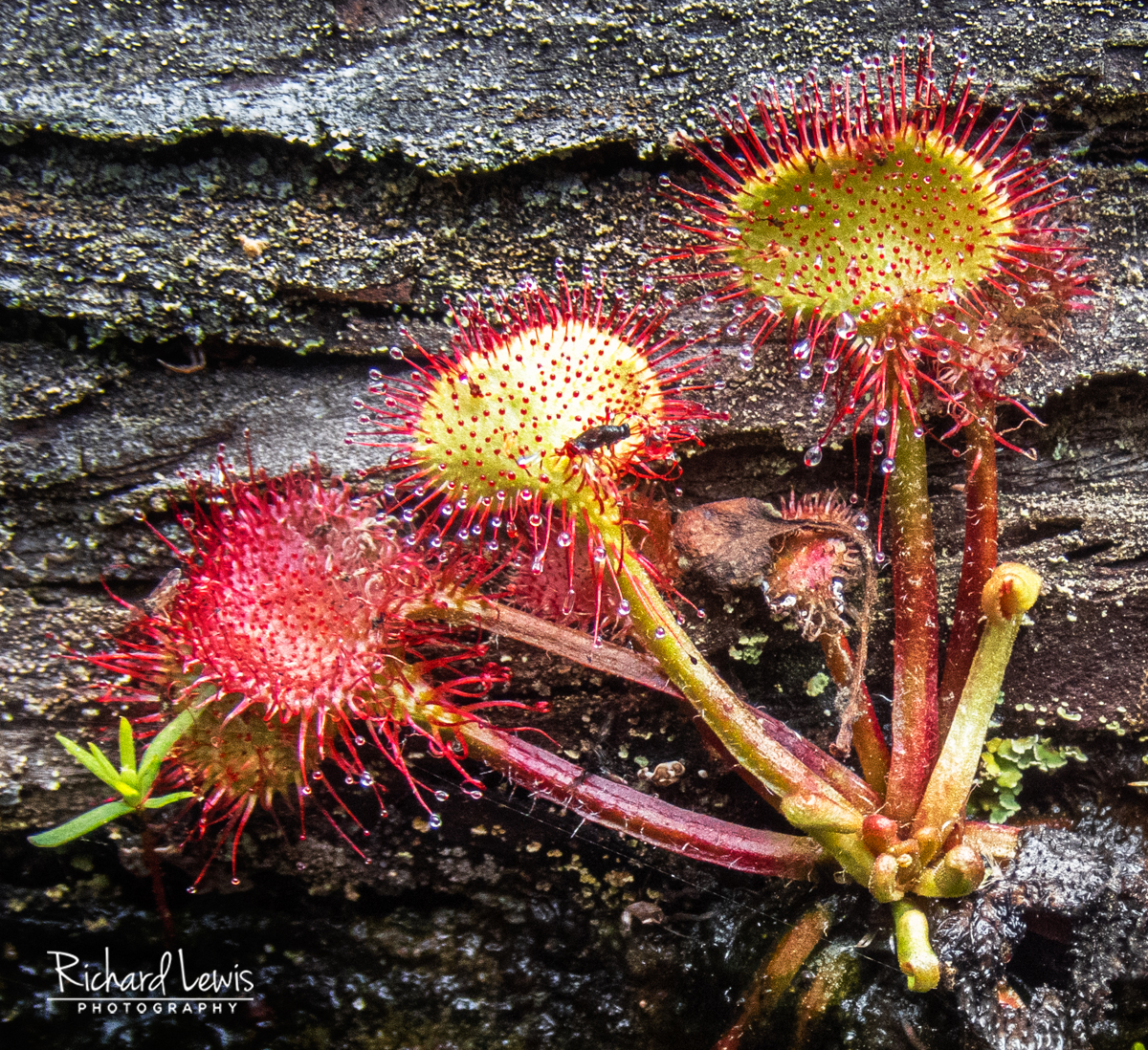 This is a whole new way to photograph the New Jersey Pine Barrens and these images are only the beginning. I plan to head out on the rivers again during this and other seasons to share one of the most unique areas of this unique environment.

See other landscape photography made from solid ground