Serving The Cause Of History – Fog Of War

The Fog Of War

In 2014 I got to photograph a WWII battle reenactment up close. It was a rainy day which “helped” the soldiers’ transition from acting to actually feeling the harsh conditions of battle. It was a real war, except the enemy was the weather not the people dressed in different uniforms.

Originally I rejected many of the battlefield photographs because of technical and compositional issues. In revisiting them, I reimagined them as being made in the heat of battle with 1940’s era cameras. Now the content became more important than the flaws. Those flaws would have been unavoidable for a photographer using period cameras and film. I also feel these flaws enhance the emotion, confusion, stress and fear of soldiers in battle.

In keeping with that period, I processed these photographs in black and white with a slight sepia tone and added film grain. Adding film grain was a struggle for a photographer who does everything in their power to maximize the quality of an image.

Clicking on any photo below will open the gallery. NOTE More photographs coming soon. 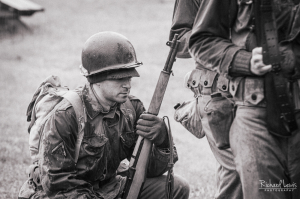 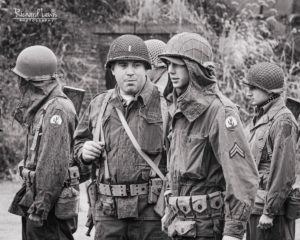 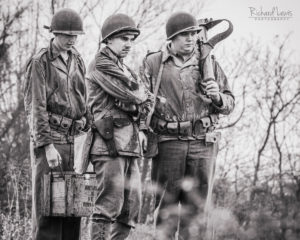 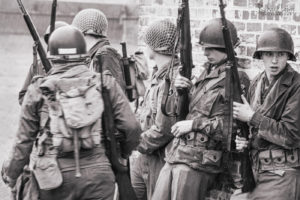 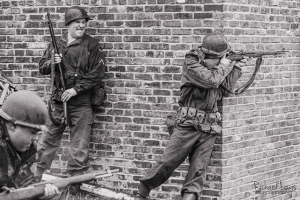 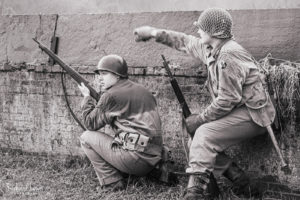 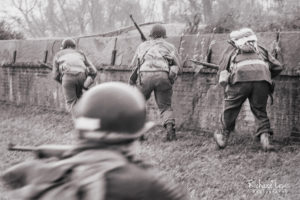 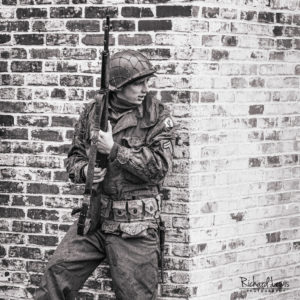 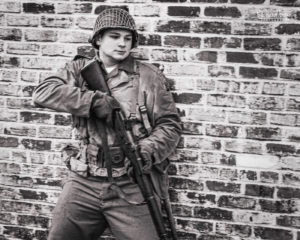 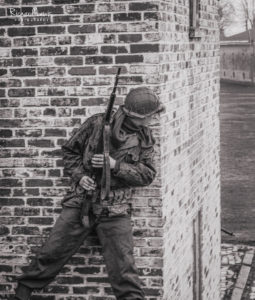 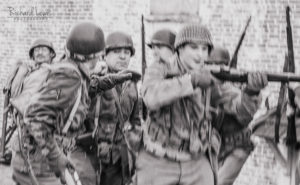 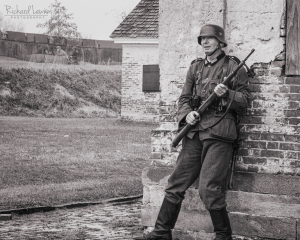 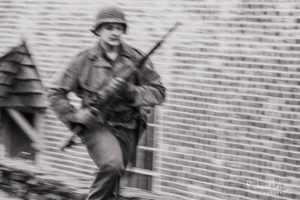 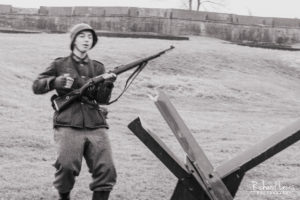 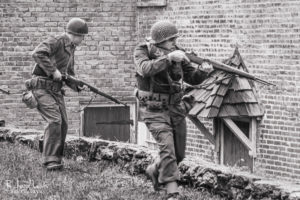 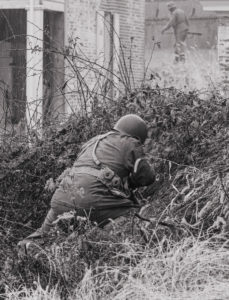 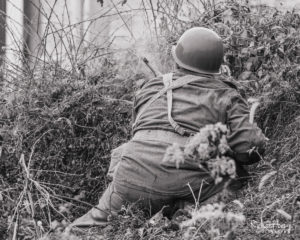 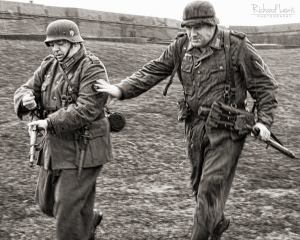 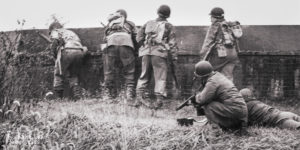 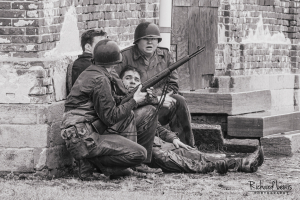 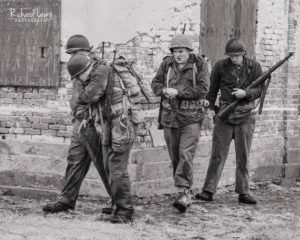