This is a very different project for me and I would greatly appreciate it if you took the time and left a comment or even a like to let me know what you are think.

My stint as a war photographer

These photographs are the first in a series that I will be doing about World War II re-enactors called Serving the Cause of History. Besides being a photographer, I’m a history nerd with a strong interest in World War II. I’m fascinated by the memoirs of our citizen soldiers who weren’t the professional military of today. They were teenagers and young adults who put their lives on hold to take up arms and defend their nation. I also have read memoirs by the other combatants, as well as civilians, who were caught up in the conflict. This was a horrific time and those who fought the evil that was consuming the world should be remembered and honored.

My friend Mike Pillows recently posted an amazing portfolio of an American civil war re-enactment on his photography blog. Although I’ve been thinking about this project for a while, Mike’s work finally got me moving.

On a recent cold December morning, I drove to Philadelphia’s historic Fort Mifflin to join a group of World War II re-enactors. Knowing that being “out of uniform” would relegate me to the sidelines, I showed up very early to meet some of the soldiers and chat about our shared interest in WWII. Re-enactors have a strong passion for history mixed with a bit of a desire to act. I wanted to use that time to make photographs that were more personal.

I got lucky when it started raining. It made the re-enactors better actors because they really were miserable in the cold without the benefit of modern rain gear. War is hell and on this wet day so was re-enacting one.

Showing up early allowed me to get to know some of the re-enactors before they staged the battle. After they realized I shared their passion for World War II history, they didn’t mind posing or letting me follow them around during the battle as long as I didn’t make myself obvious.

I also was invited to join them at future events. When I find a proper uniform, I’ll be able to take on the role of a war photographer and shoot the battle (with a camera) close up. Now part of my photographic gear will include a helmet and combat boots.

I’m splitting the images from this event into three posts. Here is the first. 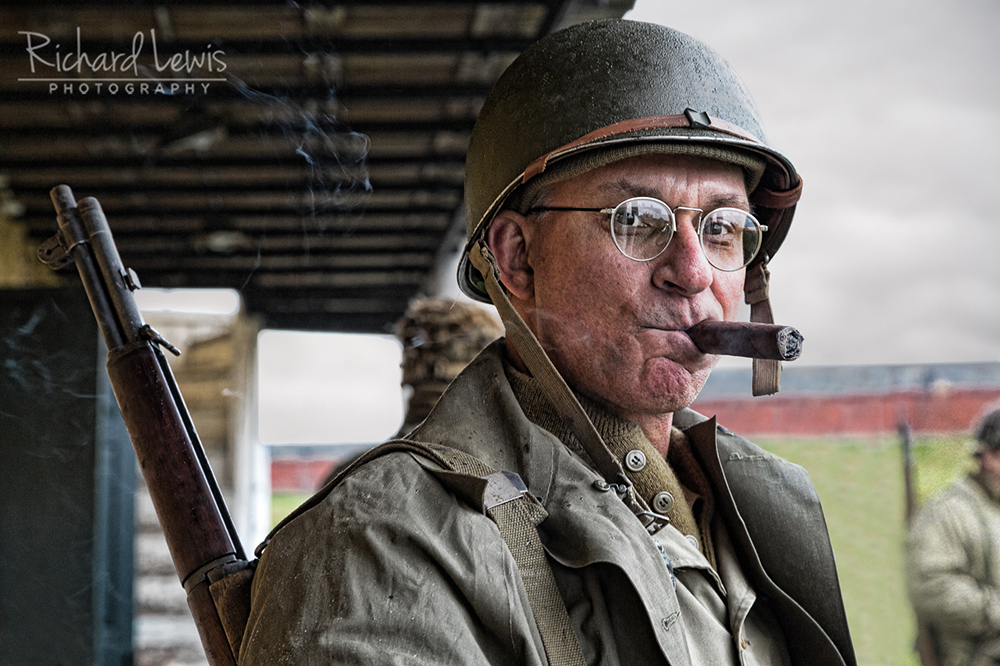 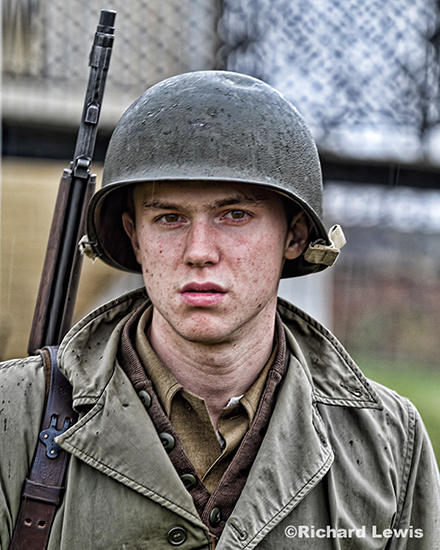 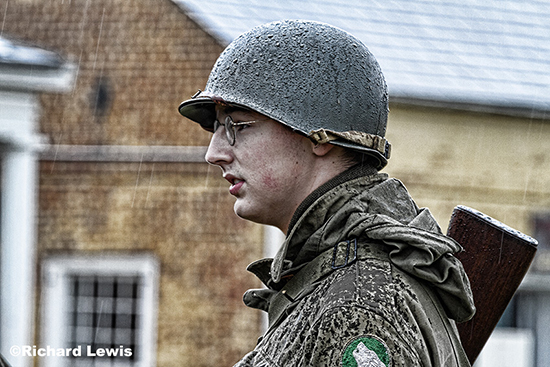 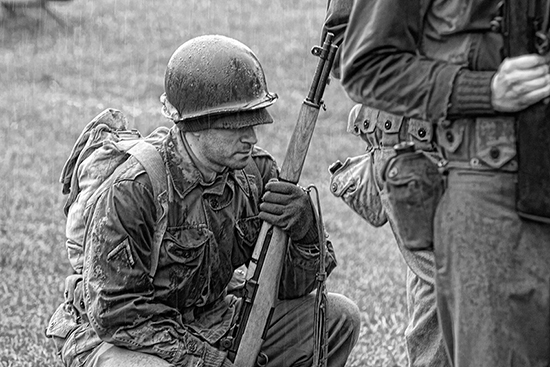 A Private Moment by Richard Lewis 2014 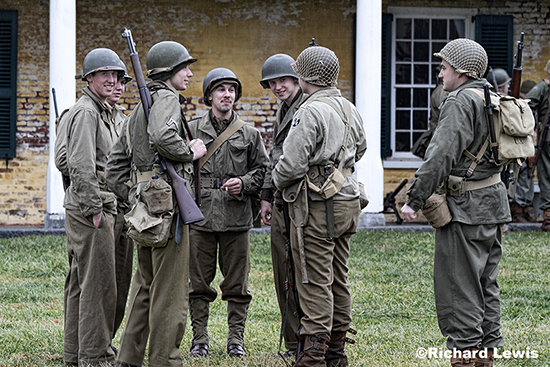 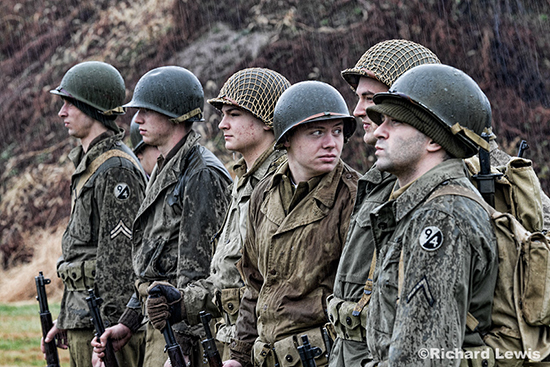